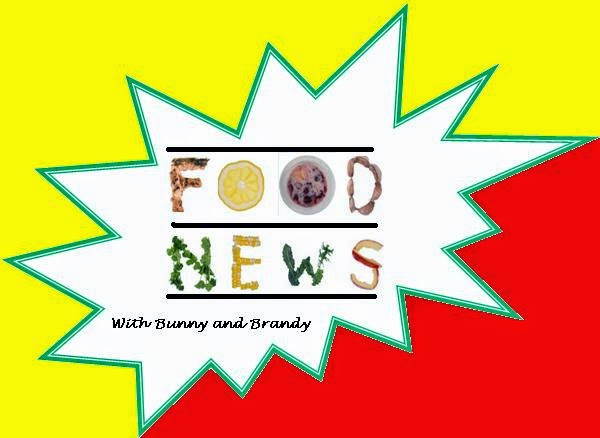 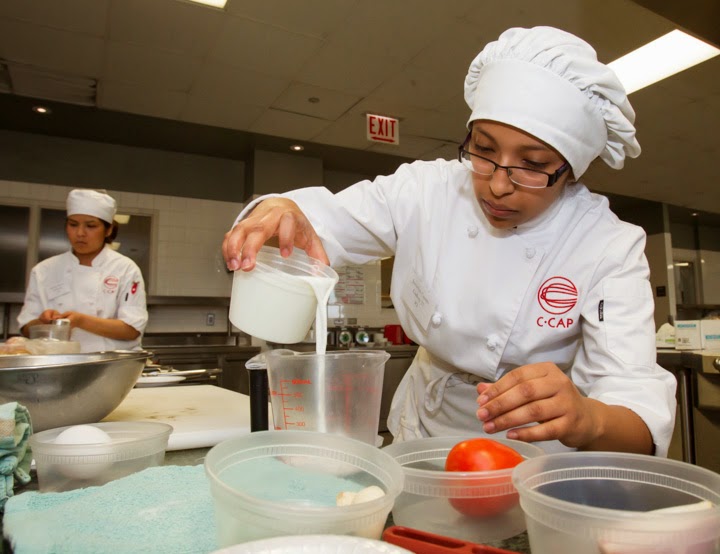 Bunny and Brandy have always been big supporters of up and comers in the field of culinary excellence, so one can imagine how thrilled they were to discover an event that happened in Chicago this past weekend which awarded scholarships to high school students looking to become all star chefs.

On Saturday, April 5, 2014, 20 finalists representing Chicago public high schools re-created the intensity of a four-star restaurant kitchen where they faced off in a savory and sweet challenge.  Within a two-hour time limit, each competitor prepared, from memory, a two-course French meal: hunter’s chicken with tourné potatoes and dessert crepes with pastry cream and chocolate sauce.

Students were not only be critiqued on their dish’s taste and presentation, but also on their organization, sanitation, work flow, timing, techniques and skills. This year’s esteemed judges were: 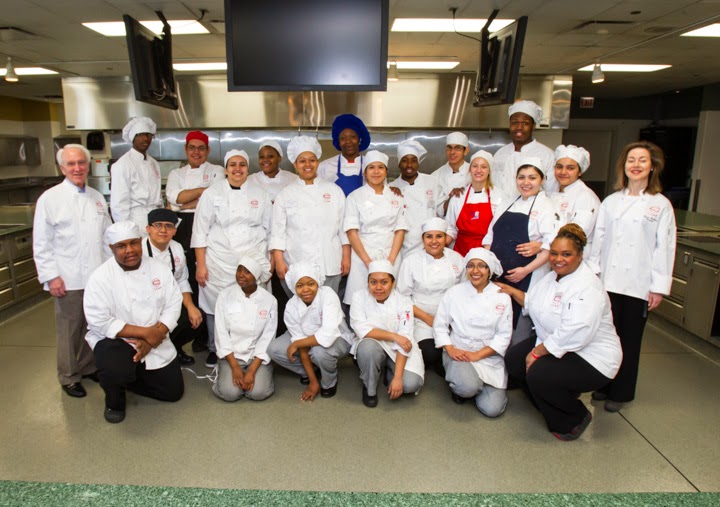 The competitors were chosen on the basis of their performance in the preliminary competition, academic records, a personal essay, and their desire to pursue post-secondary education and to forge careers in the food service industry. Students were competing for scholarship awards and opportunities including full- and partial-tuition scholarships to premier local culinary colleges and to some of the most prestigious culinary schools in the country. The ten schools represented included: Clemente, Dunbar, Gallery 37, Harper, Juarez, Prosser, Richards, Roosevelt, Simeon, and Washington. 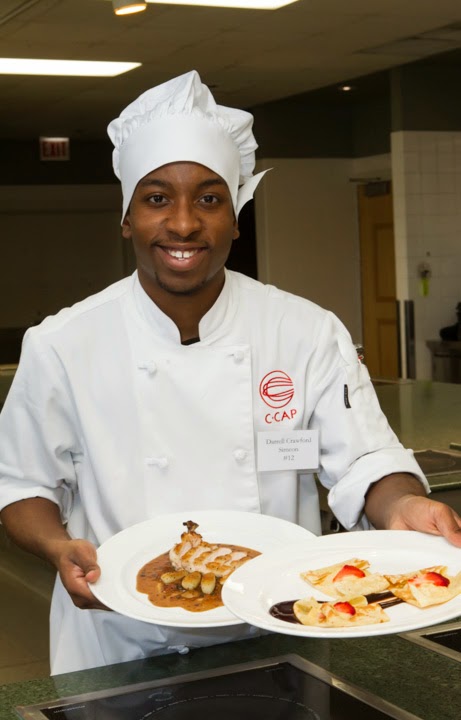 The results of the C-CAP Chicago Cooking Competition for Scholarships were announced to participants at the annual C-CAP Chicago Awards Breakfast yesterday, Monday, April 7, 2014 hosted at the Signature Room in Chicago.

ABOUT C-CAP CHICAGO
Careers through Culinary Arts Program (C-CAP) works with public schools across the country to prepare underserved high school students for college and career opportunities in the restaurant and hospitality industry.

In the 2013-2014 academic year, C-CAP Chicago impacted the lives of approximately 2,500 students in 19 public schools working with 32 teachers in job training and internships, teacher trainings, college and career advising, product donations and culinary competitions that lead to culinary school scholarships.

A national nonprofit founded in 1990 by well-known culinary educator and author, Richard Grausman, C-CAP manages the largest independent culinary scholarship program in the United States and since inception has awarded high school students more than $40 million in scholarships and donated more than $3.1 million worth of supplies and equipment to classrooms. Many C-CAP alumni, now graduates of top culinary schools, are working in leading restaurants and hotels throughout the nation.

For more information about C-CAP, visit www.ccapinc.org.
Posted by Bunny and Brandy at 9:53 AM