Eduardo's Enoteca or Out of the Barrel, into the Cask 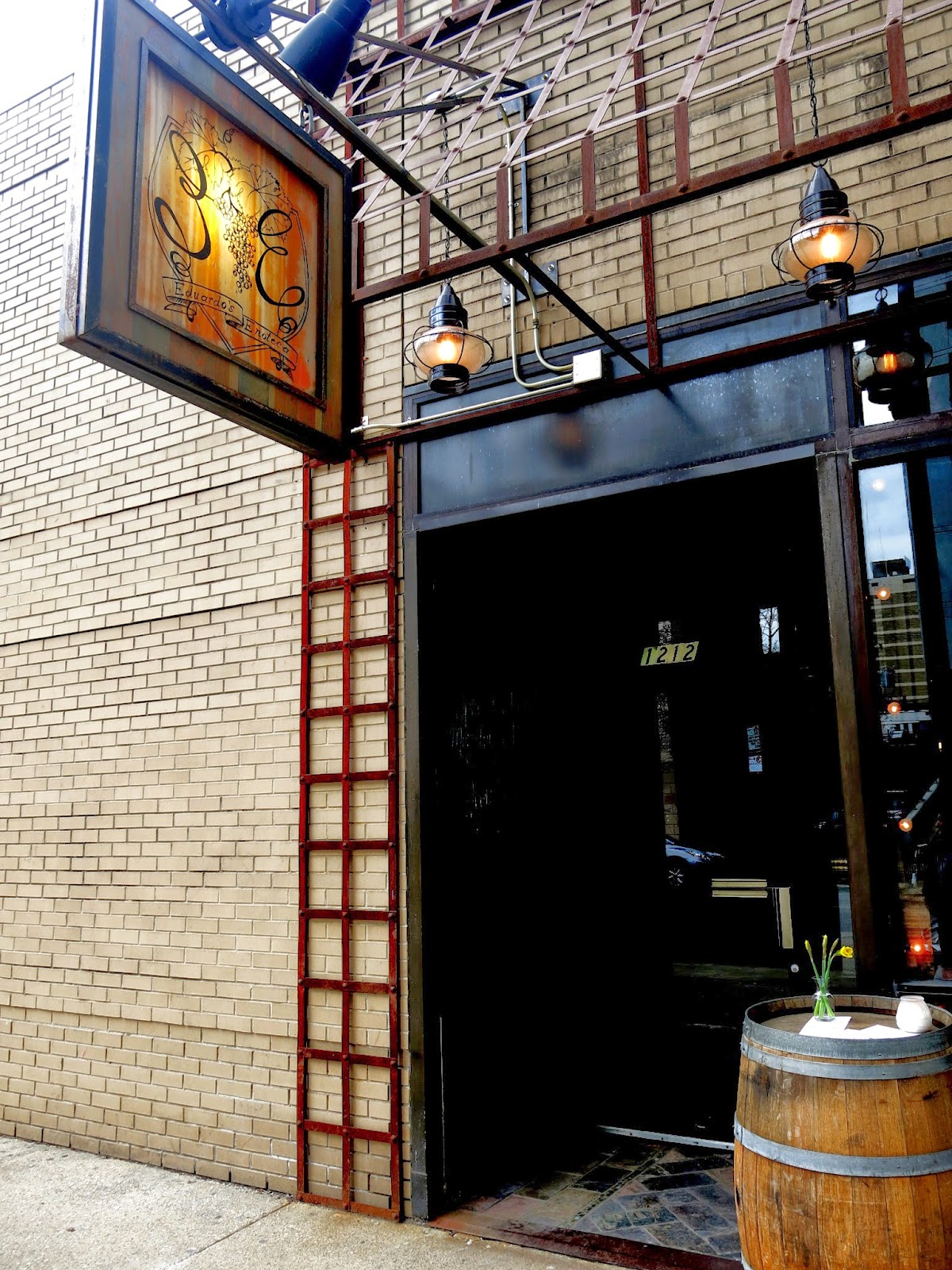 It's the time of year that every Chicago resident dreads: that awful guessing game that is the transition between winter and spring.  Does one wear their rubber boots or brightly colored sneakers?  Short skirt or furry leg warmers?  Fashionable hat or functional hat?  Brandy has been known to give up on trying to predict the weather altogether, siding instead for hunkering down inside her home until she can be absolutely certain what the temperature outside is.  "I'll have no part of this back and forth business, thank you very much," she says, "If there's one thing I can't stand its indecisiveness.  I won't tolerate it in people standing in line in front of me at the coffee shop, so I certainly won't stand for it in Mother Nature."

Brandy's dear friend, Bailey Blue, who always tries to see the upside of every situation, decided to try and get Brandy out of the house one weekend morning, saying, "I know its a little unpredictable out there at the moment, but isn't that part of the adventure?  You gotta take the good with the bad, the hot with the cold, and the sweet with the savory, as someone wise once told me."  Brandy, who knew a manipulation tactic when she saw one, finally relented.  "Alright, fine.  What we need is somewhere that is both warm and cozy, yet light and fresh.  That way, we're prepared for whatever the weather may throw at us."  So it was decided to head to Eduardo's Enoteca, just off the Clark and Division Redline stop, Brandy hoping that the intimate atmosphere of a wine bar might provide just the sort of dichotomy she was looking for. 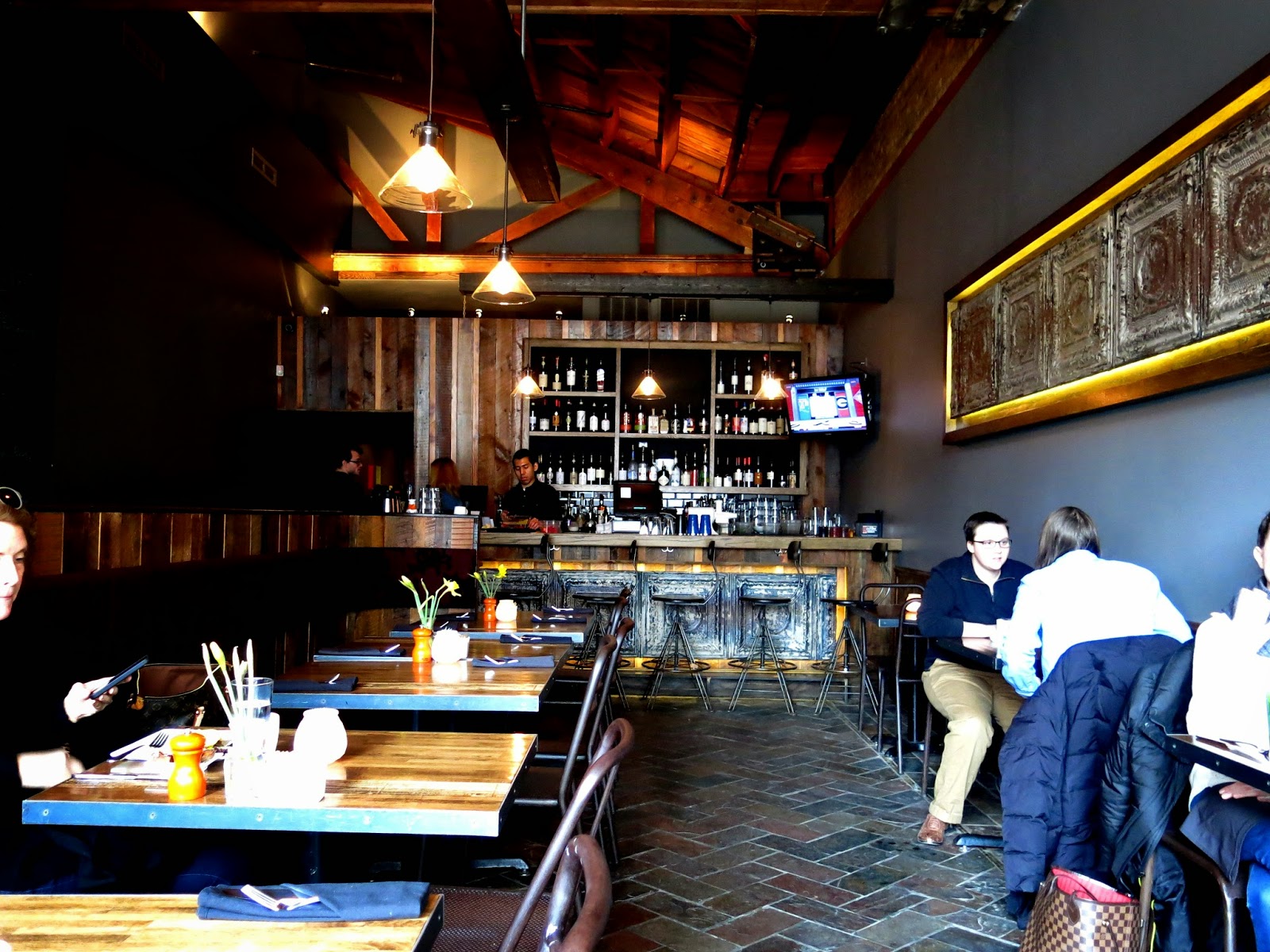 Brandy and Bailey instantly adored the interior of Eduardo's.  The slanted ceiling was done in warm, dark woods, giving the feeling of being inside of a giant wine cask, where as the stone tile floor suggested a Mediterranean patio.  Brandy and Bailey were taken to a nice sunny table at the front of the restaurant, where they could truly appreciate the design.  "Reminds me of my time in Napa," Brandy sighed, wistfully, "I spent many a night inside a wine barrel back then."  "You mean inside a wine bar?" Bailey asked.  Brandy did not respond. 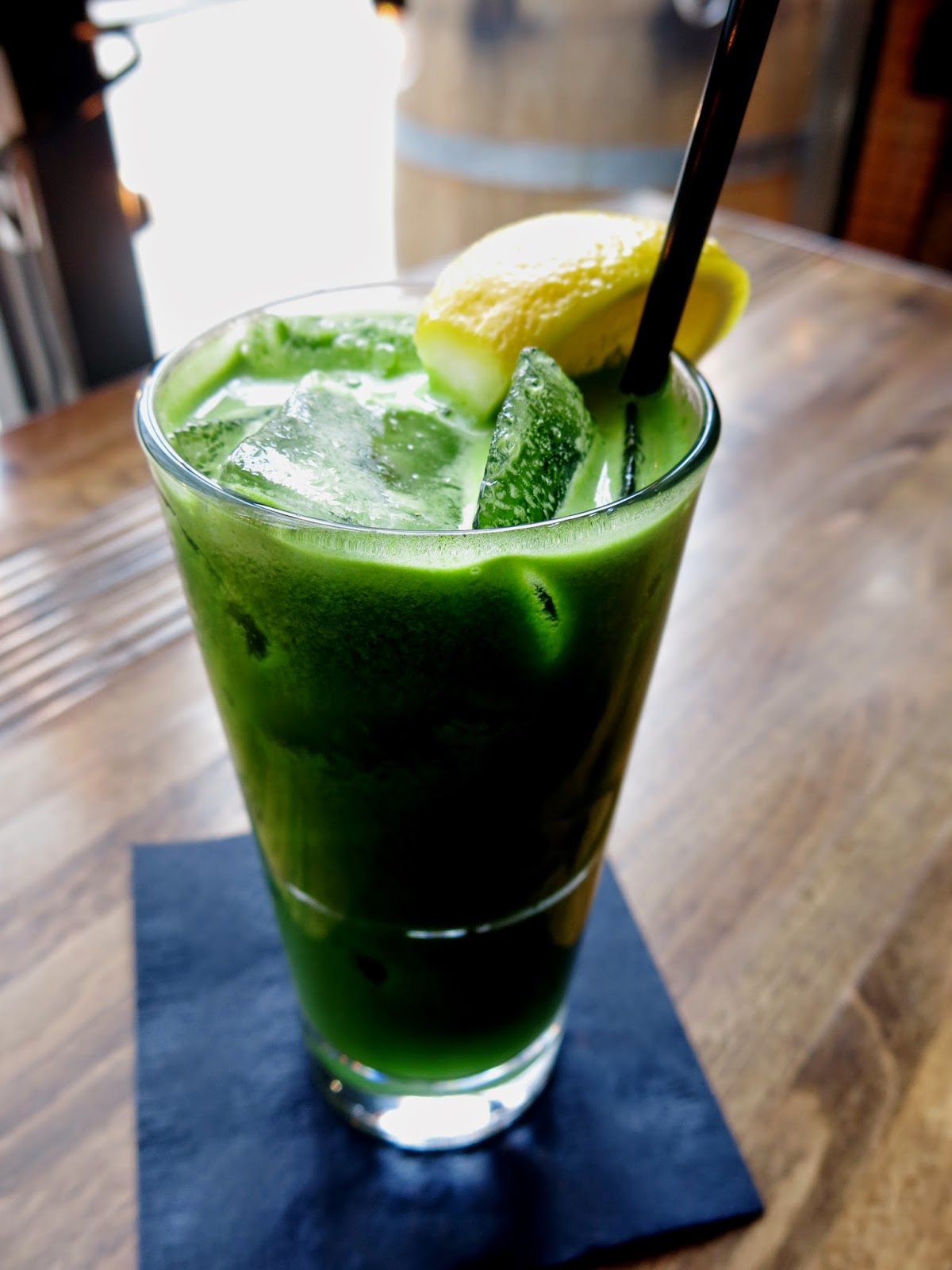 To start off with, Brandy went two fisted with a pair of very contrasting drinks: to quench her thirst for freshness, she ordered the Green Field, a mix of freshly juiced apples, spinach, cucumber, lemon, and ginger, and to quell the demon's lust for trouble, she ordered a Pearseco, a mix of Prosecco sparkling wine, cinnamon syrup, and pear nectar.  The Green Fields juice had a lovely, smooth consistency to it, a perfectly balanced sweetness, and vibrant lemony zing that really refreshed and awakened the palate.  The Pearseco was very light with a good hit of both the pear and cinnamon flavor, giving it a very unique flair and finish.  "So which one do you like better?" asked Bailey, we had settled for a flavorful chai tea as her beverage.  "They're both lovely in their own special ways, my dear," Brandy said between alternating sips, "One is good for the body, and one is good for the mind."  "Which one is which?"  Again, Brandy did not respond. 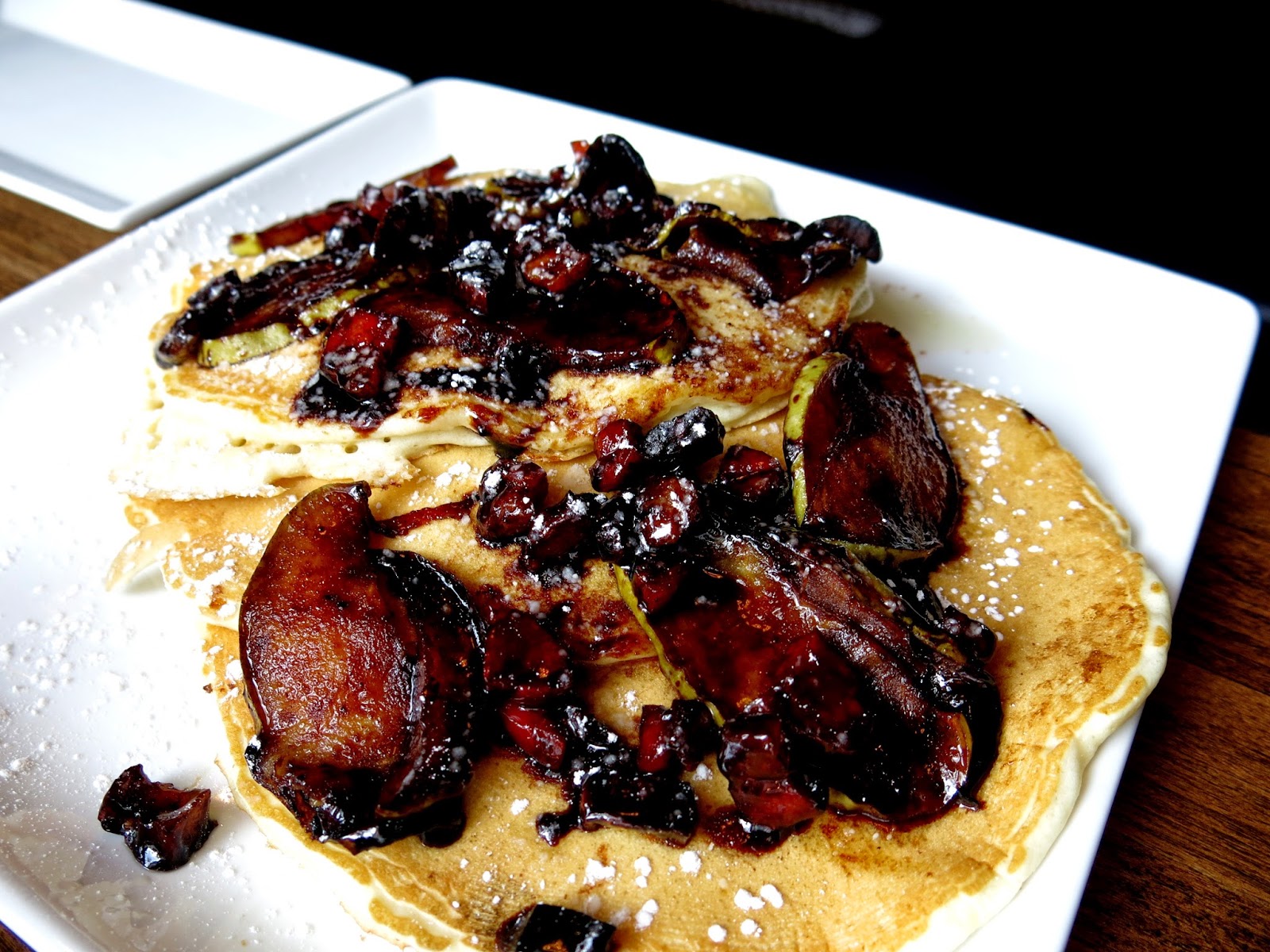 They opened the meal by splitting an order of Apple Pancetta Pancakes, a combination that seemed a nice twist on the trendy habit of restaurants everywhere to add bacon to everything.  The pancakes themselves were fluffy, but with some weight to them, and fairly massive in size.  The toppings, which consisted of thin slices of green apples and small chunks of pancetta, had been caramelized to perfection.  The apples still retained some of their tartness, which matched very well with the rich, crunchy, candy coated pieces of pancetta, reminding Brandy why the bacon trend was started in the first place. 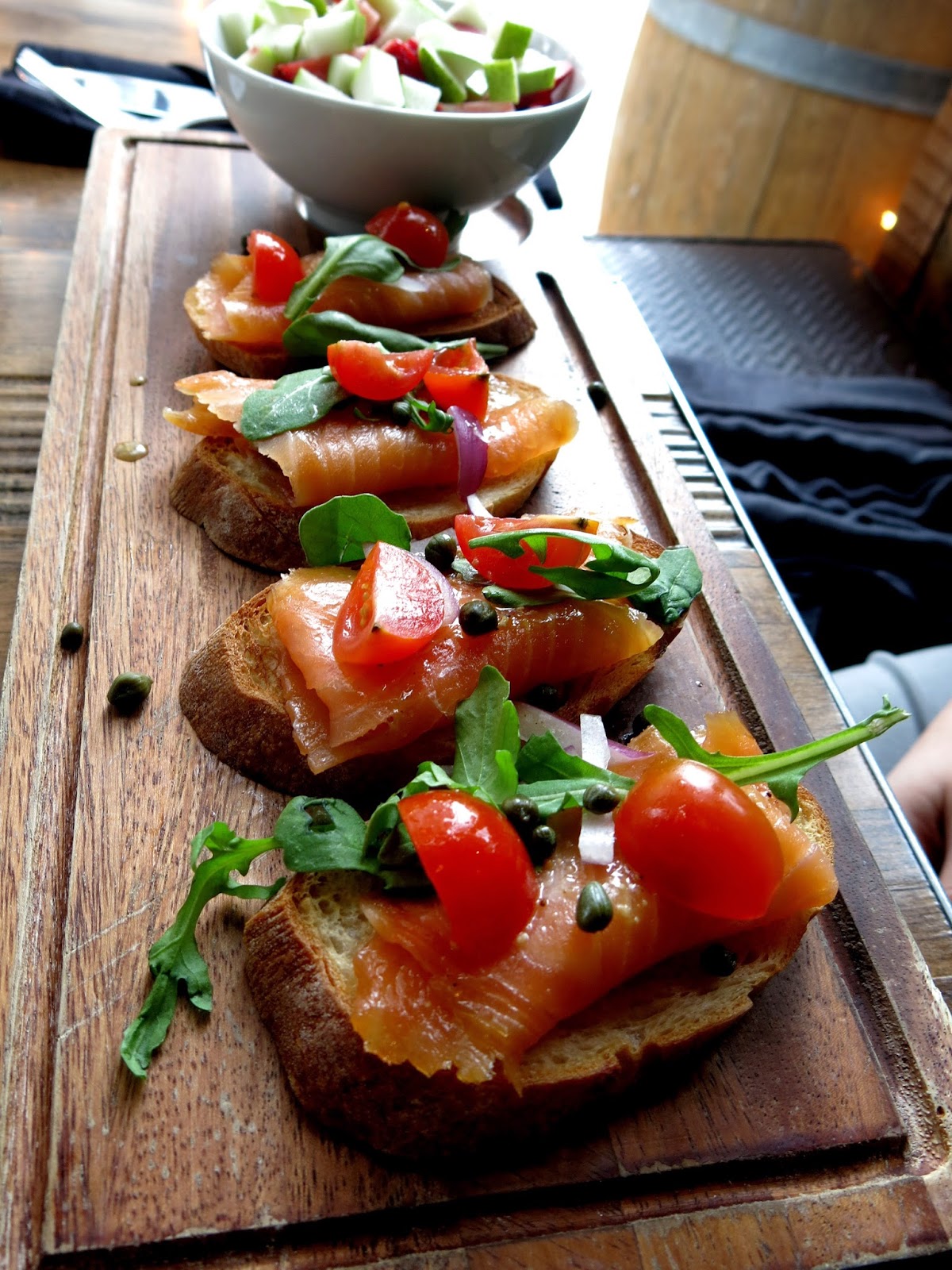 Bailey opted for the Smoked Salmon Board and a side of fresh seasonal fruit.  The salmon came lovingly served on some olive oil brushed crostini and garnished with capers, tomatoes, red onion, and arugula.  Bailey loved the freshness and delicacy of the salmon with its slight saltwater brininess and smokey finish, as well as the subtle pepperiness of the arugula and bite of the onion.  She also really loved the touch of the olive oil on the crunchy crostini, which she said was a welcome change from the more expected addition of cream cheese.  "It's much more light and fruity with the olive oil, I think," she mused, "But still very satisfying as a breakfast entree." 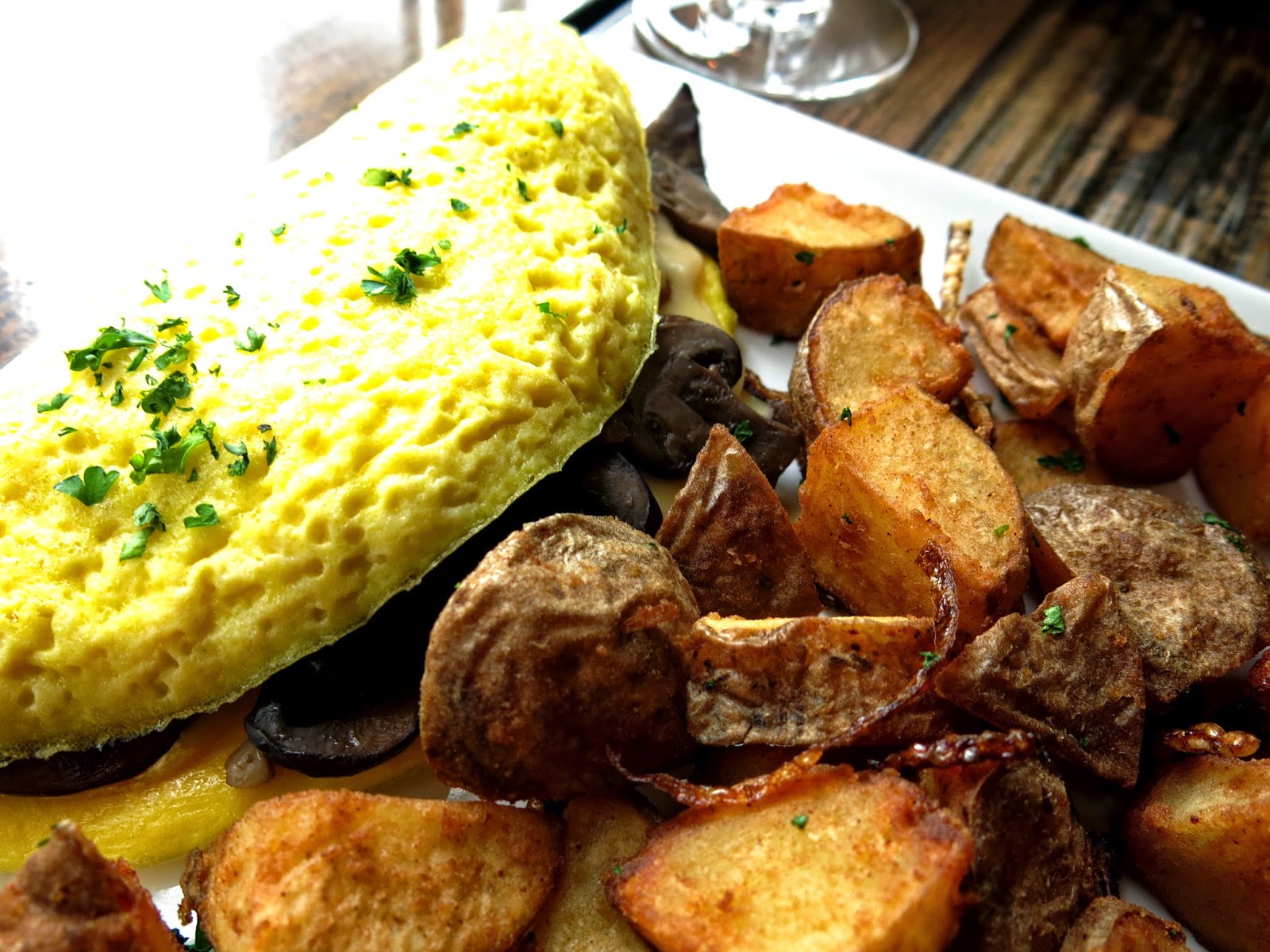 Brandy went with one of the over baked omelets known as the Piedmont, which came filled with caramelized onions, mushrooms, and Taleggio cheese.  Brandy found that the omelet had a very unique texture and look to it: the eggs were extremely light and airy, allowing the earthiness of the mushrooms, the sweetness of the onions, and the pungency of the cheese to really shine through in a nice, clean way.  "I'm half tempted to pick the thing up and eat it like a taco," Brandy said, "But I think that might destroy its delicacy...and mine."  The house potatoes that came on the side had a lovely crispy, fried exterior without being greasy at all, and small bits of onion helped to create a bit of variation in flavor from bite to bite. 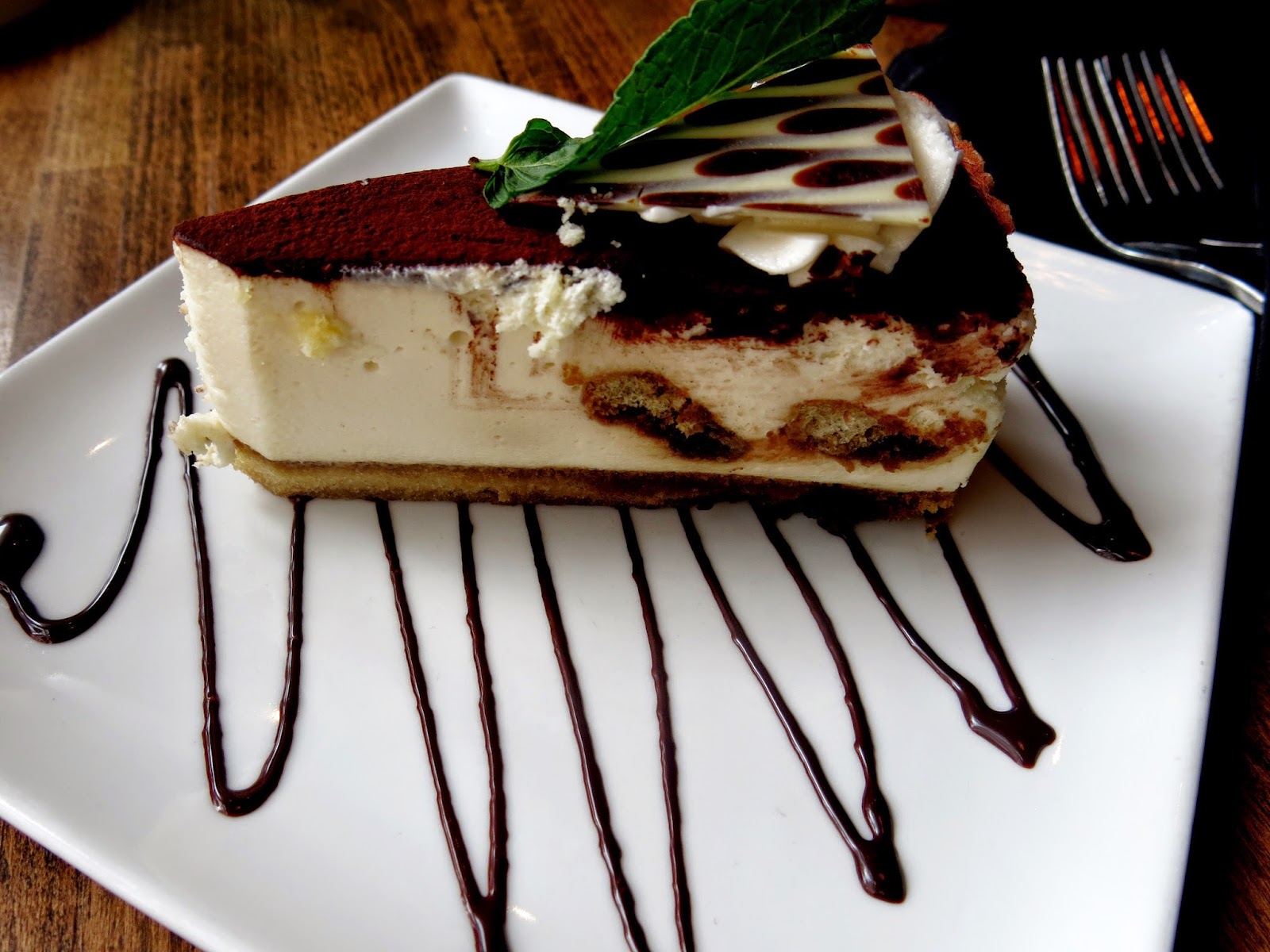 Lastly, Bailey and Brandy ordered a slice of the Tiramisu, which their cheerful waiter ("Suspiciously cheerful, if you ask me," Brandy had whispered, "No one should be that smiley this early in the morning.") informed them had been hand made by the owner's mother.  The marscapone cream was thick and rich with a firmness almost more like a cheesecake than any tiramisu Brandy has ever had before.  The pockets created by the lady fingers made for lovely bursts of intense coffee flavor, which only added to the richness of an already decadent dessert.

All in all, Eduardo's Entoteca made for a nice little mix of the sinful and the saintly with their variety of light and fresh fair as well as their devilish delights, and with top notch service and a sweet, cozy atmosphere, it was hard to convince Brandy to go back out into the cold and rainy streets.  "Look at it this way," Bailey said in a last attempt to get Brandy to rise from her seat, "With the way things have been, it could be 80 degrees outside right now for all you know!"  Brandy was not convinced, nor amused, by this theory. 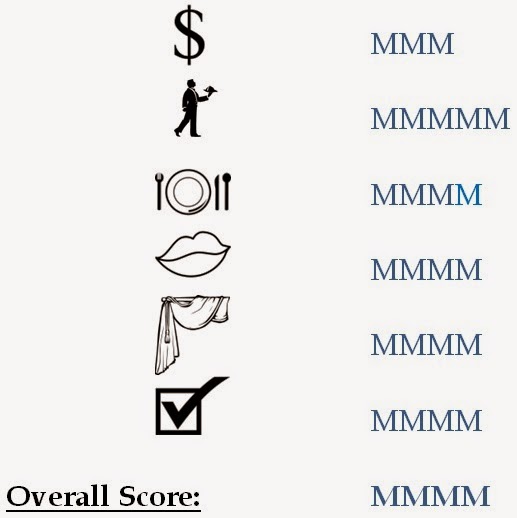