A Taste of Heaven or What, no Angel Food? 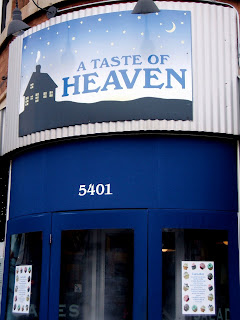 The Cupcake.  Such a lowly pastry, once considered only fit for children's birthday parties, but now so much the focus of a culinary dream scape that every bakery on earth seems to have gone cupcake crazy.  From the humble vanilla to more adventurous creations made with everything from bacon to sweet peas to wine and cheese, the cupcake has become a canvas for every aspiring artist with a whisk and more butter cream than they know what to do with.  Brandy, for one, is a definite fan of this trend, though she does think a few too many eateries have jumped on the cupcake bandwagon without a good recipe behind them. 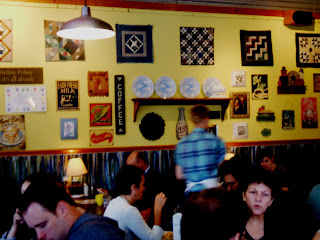 And so Brandy headed to A Taste of Heaven with high expectations, not only because they have a constantly rotating menu of gourmet cupcakes, but also to sample their equally lauded brunch selection.  A short wait for a table enabled her to admire the bright and quirky interior, dotted with homey and whimsical touches like tea cup lamps on every table.  About every fifteen minutes or so a happy server made the rounds about the room with a plate full of free samples fresh from the ovens (the samples on this day were of a warm and delicious Pumpkin Bar, which tasted like a combination of coffee cake and pumpkin pie). 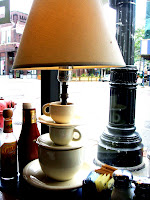 Once seated Brandy ordered an iced coffee, which came nice and strong.  A rarity as well, this establishment offered free refills of their iced coffee, as well as the usual iced tea and hot coffee, which Brandy was very pleased to see. 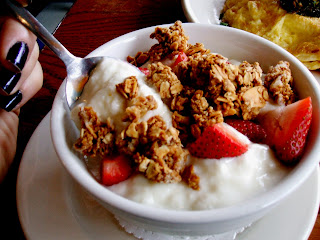 To start off, Brandy ordered a bowl of Greek Yogurt, which came with house made granola and fresh sliced strawberries.  The yogurt and strawberries were nicely fresh and light, but the granola was the true star, lending not only a crunch, but a sort of lemony honey flavor that went along nicely with the yogurt. 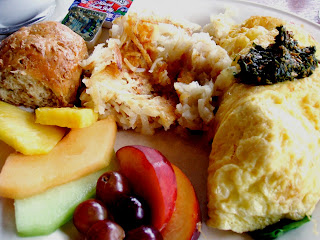 As her entree, Brandy chose the Eggs Verde, an omelet made with tomatoes, spinach, provolone cheese, and house made pesto.  Sadly, the pesto was not mixed into the eggs, as Brandy had expected, but came served as a dollop atop the omelet, making the mixing of the quite flavorful condiment into the dish a little awkward.  The spinach was wonderfully fresh, having barely been cooked beyond a wilt, but the tomatoes were a bit overcooked and mushy.  The dish also came served with a variety of sides; a large portion of hash browns, a fresh made biscuit, and a small selection of fruit.  The hash browns were very disappointing, having almost no texture or flavor to them.  The biscuit, on the other hand, was heavy, but very tender, with the slightest sweetness that really made it unique.  Brandy was happy to see a few nectarine slices on the plate along with the usual melon, pineapple, and grapes. 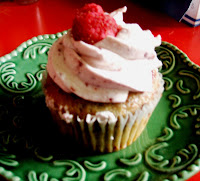 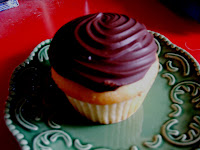 Though stuffed from her mighty breakfast, Brandy did buy two cupcakes to take home with her for dessert; a Boston Cream and a Raspberry Rhapsody.  The Boston Cream was true to its namesake, with a thick chocolate gnache covering a yellow cake filled with equally think and delicious pastry cream.  The Raspberry was more of a surprise, with the berries not only being included in the light frosting, but also in the actual cake batter itself, and a filling of the same pastry cream was just the icing on the... the cherry on the... a very nice surprise.

Extremely friendly service and a few surprises along the way definitely make A Taste of Heaven a divine stop, and with most plates under $10, most eaters will have enough money leftover to sample one or two cupcakes for themselves. 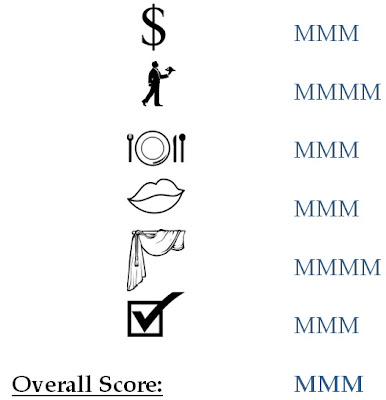 Email ThisBlogThis!Share to TwitterShare to FacebookShare to Pinterest
Labels: A Taste of Heaven, Andersonville, Brunch, Chicago