From the Kitchens of Bunny and Brandy: Spring Forward Brunch with The Chopping Block 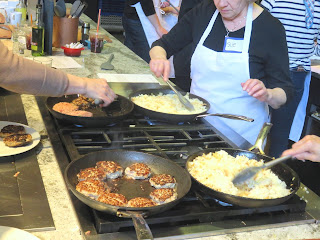 One of the hallmarks of Brandy's personality is her constant need to learn new things. "Sometimes, I even like to re-learn things I already knew," as she says, "because Lord knows I've had enough drinks in my life to wipe out a brain cell or two." This is why, from time to time, Brandy enjoys taking a cooking class, where she can pick up new skills and brush up on some of rustier ones. She also finds that taking communal classes increases the learning possibilities, as one doesn't just learn from the instructors, but also from the others in the class, who generally come with a wide variety of pre-existing skill levels. 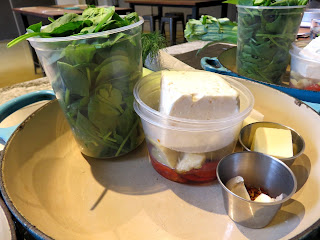 Following her urge to attend a new class, Brandy stumbled upon CourseHorse, a discovery and booking tool for classes that makes local education more accessible by enabling people to easily search for the subjects that interest them the most. Using the CourseHorse website, Brandy was confronted with oodles of cooking classes, so she simply typed "brunch" into the search bar and narrowed down the list of classes being held all over the city to only those which concentrated on her favorite meal. Her first choice was a Sunday morning class at The Chopping Block with a springtime themed brunch menu. 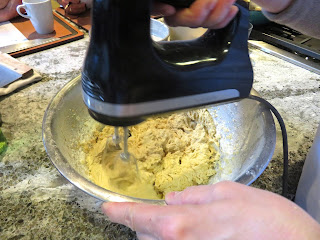 When the day of the class finally arrived, Brandy entered the classroom to find that individual stations had been adorably set up with a recipe packet, a name tag, an apron, a cutting board, a knife, and a little bowl of banana yogurt parfait. Chef Leah Stuckey took center stage for introductions and a few quick instructions, splitting the room into three groups and handing them their first batch of ingredients.

The first order of business was to mix up the batter for a decadently moist coffee cake, which included actual coffee in both the liquid mix and in the crumble topping. Chef Leah gave the group a few baking tips, such as always treating sugar as a wet rather than a dry ingredient and not skimping on the butter to coat the pan with. The group was also fascinated to hear about the differences between vanilla extract and vanilla bean paste, a product that has long been one of Brandy's favorite things to use in her baked goods. 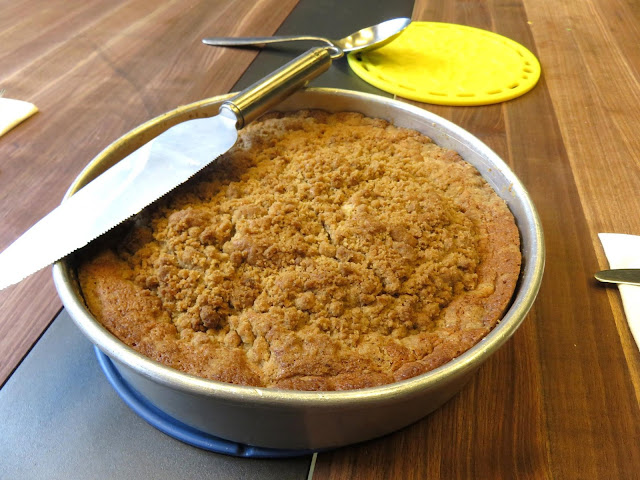 Next up, they started on a pair of side dishes; some turkey sausage patties and crispy home fries. The groups quickly sectioned off to get the prep work and cooking covered while Chef Leah and her assistant demonstrated some knife skills in how to dice onions and chop parsley (to which, if Brandy had paid closer attention, she may not have sliced through her own fingernail). Brandy was excited to see green apples added into the sausage mixture, which would give the meat moisture as well as a subtle sweetness. Brandy also took great interest in Chef Leah's tips on getting the perfect crisp to the potatoes by adding in a bit of water to the pan on occasion in order to de-glaze any delicious caramelization. 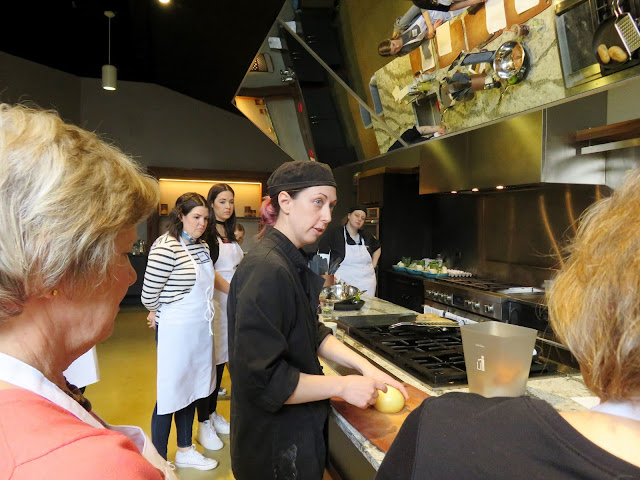 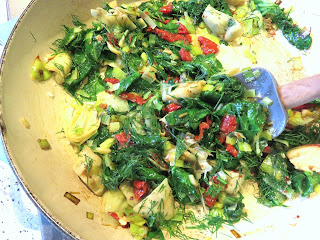 Following that was the main course, a baked egg dish with lots of fresh spring vegetables and herbs. Brandy took over the cooking station for her group on this one, wilting leeks, mincing garlic, and making sure the tomatoes and artichokes were well combined in the enamel pan before digging out wells for the eggs to nestle into. Chef Leah also gave the group a quick lesson in the old one handed egg crack trick before showing them how to pinch off a small membrane from the egg white so that the yolk would be exposed and cook to a perfect soft doneness in the oven. 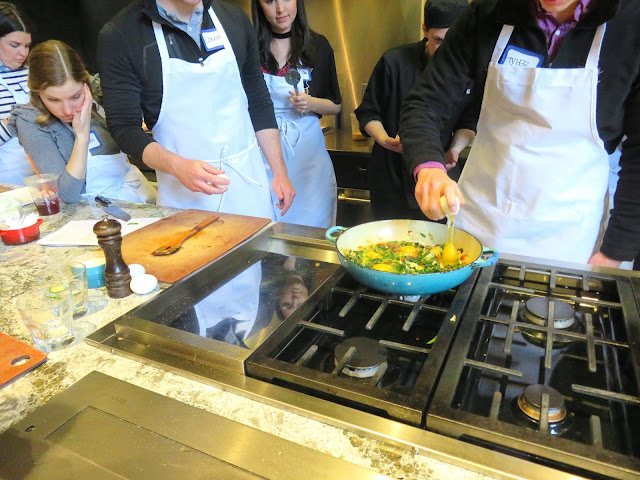 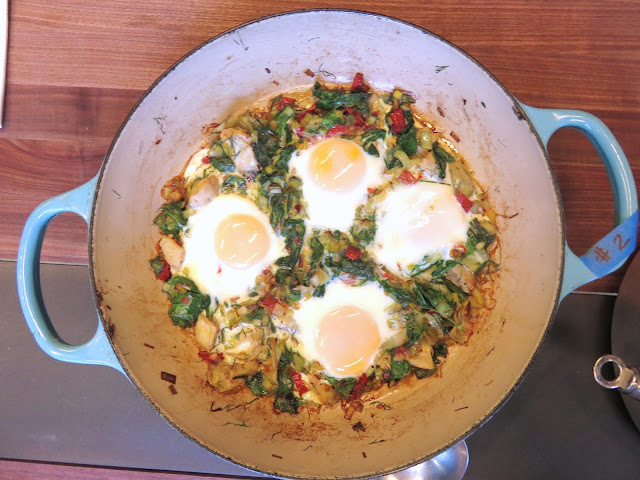 Lastly, the class watched and listened as Chef Leah explained how to pair a salad with the perfect dressing by balancing flavor levels of acidity and sweetness. The class then put together some fresh watercress and radishes with chopped hazelnuts and a tangy green goddess dressing to complete their meal. 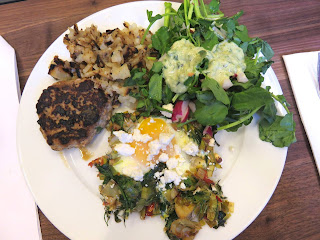 As Brandy sat around the brunch table with her group, enjoying the fruits of their labor, she chatted with them about different classes they'd taken. One was a graduate of The Chopping Block's cupcake boot camp, while another had attended a Thanksgiving class that had her bringing all sorts of new ideas home to her family for the traditional holiday meal. Asking them how they had found Chef Leah as an instructor, the other ladies had nothing but compliments, saying they thought she had been extremely approachable and informative, to which Brandy had to agree.

Packing up some of the remaining food in the provided containers, Brandy headed for home, happy to have picked up a few new tips, a handful of new recipes, and of course, a few new friends. "This is exactly why I love classes like these," as she explained, "No one there was above learning. No one there was above getting their hands a little dirty. Food has the extraordinary ability to bring together friends, family, and even strangers in that way, because at the end of the day, we all have to eat."

The writers of this blog were given entrance to the class by CourseHorse free of charge in order to facilitate the writing of this post.
Posted by Bunny and Brandy at 11:16 AM