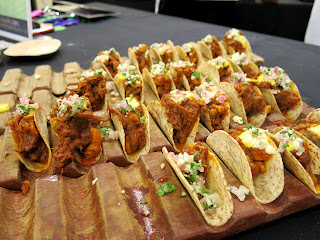 Last year, Brandy was absolutely captivated by the whimsy and the extravagance of the LuxeHome Chill event. This year, as the euphoria of the Cubs World Series victory tapered off into... well, other unpleasantness, Brandy's soul was in desperate need of a pick-me-up, so a little wander around a wonderland of food and wine was certainly called for. 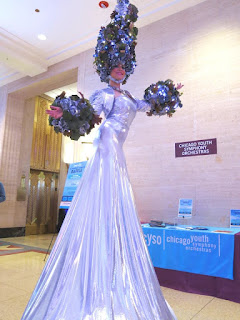 Aside from the food, the atmosphere of the LuxeHome Chill evening was absolutely captivating. Silver and purple seemed to be the theme of the night, with women in shimmering silver dresses bestriding the halls on stilts or serving desserts from their bustles, while purple lights cast an ethereal gleam from behind every corner. Little oases of design elements were scattered about for seating in the main halls, while the show rooms were opened up for strolling through, the simplest things like faucets and drawer knobs seeming to give off a certain sparkling magic in the after hours. Best of all, around every bend was live music of all sorts; dueling pianists, a mariachi band, young girls playing steal drums and young men blasting jazz from brass horns. 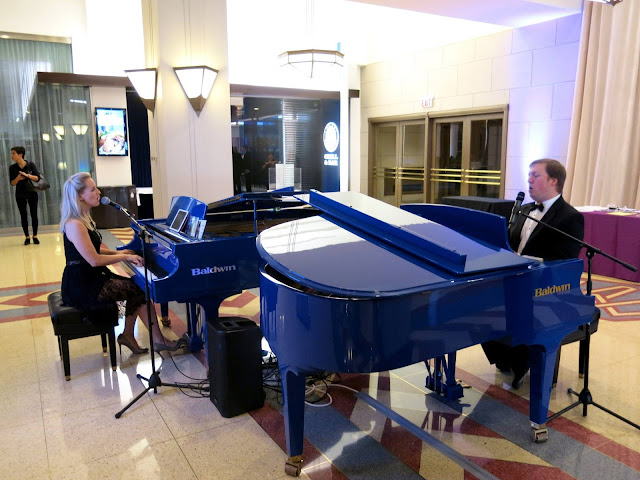 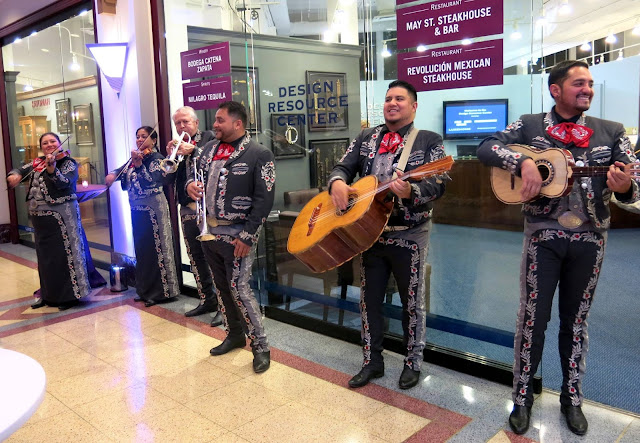 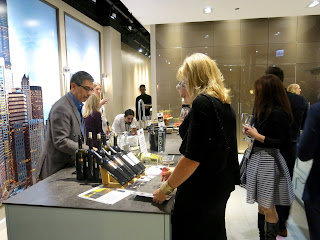 Wine, of course, was as far as the eye could see, with sampling stations set up both in the main hallway and in the showrooms, where representatives from different wineries and distributors poured out sips for the eager attendees. There were cocktails too, which Brandy automatically gravitated towards, like a Maker's Mark Old Fashioned and a fruity tequila based punch. "Don't get me wrong, I love wine," Brandy remarked, "But sometimes in settings such as these, I like the ease of being able to grab a cocktail on the go. Viticulture is so intriguing that I could find myself chatting away with one of the wine reps and completely miss out on the rest of the night!" 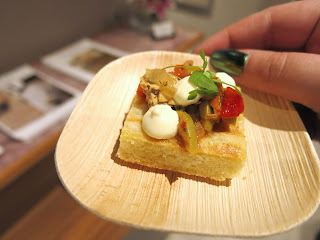 Of course, the food was the star of the show, with most restaurants spread out among the showrooms, This is one of the many reasons Brandy adores the LuxeHome Chill event, because it is a rare opportunity in which the chefs can actually cook their dishes live in front of the attendees, as most of the showrooms have functional kitchens. Thus, fresh made pasta dishes were fairly popular, with the likes of Osteria la Madia serving up an Autumn Squash Ravioli, Terazo Piano offering a Sausage Ravioli with a maple glaze, squash puree, and cranberries, and Coco Pazzo presenting a Tuscan Meat Filled Ravioli with “Lucchese” style sauce. Lobster was also a popular item, showing up in things like Hubbard Inn's sumptuous Lobster Roll and the Lobster Bisque from Nick's Fish Market. Sliders, always a popular tasting festival favorite, made their appearance as well in the form of a Veal Meatball Panini from Nonnina and Wagyu Shaved Beef and Cheddar sliders from Del Frisco's. 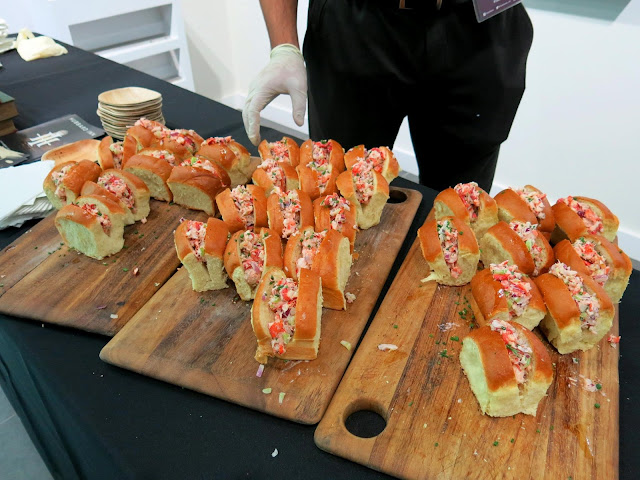 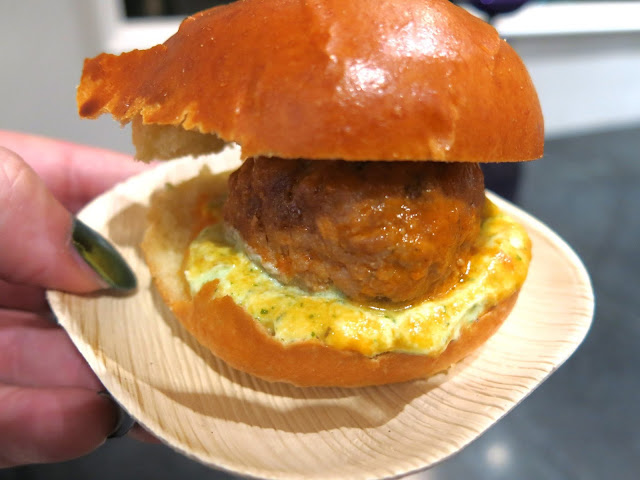 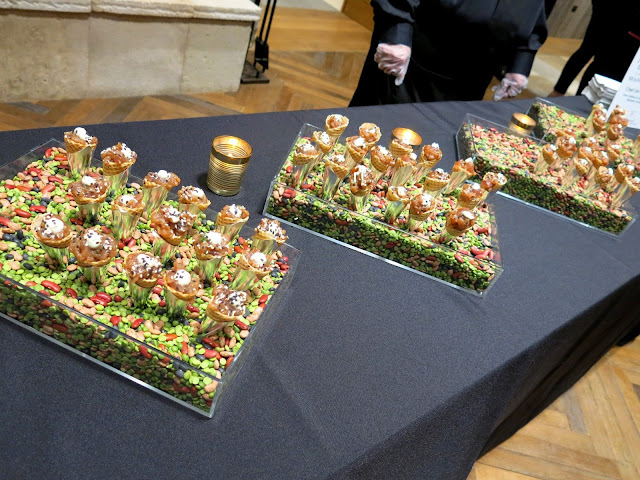 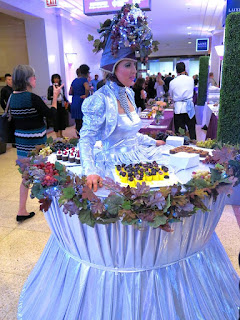 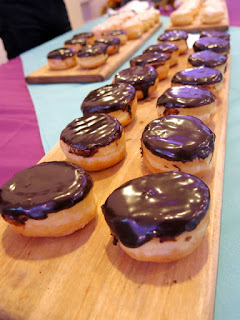 The desserts were also plentiful this year, possibly even more so than the previous year. One entire section of the floor had been strictly devoted to the sweet stuff, welcoming attendees into the fray with one of the aforementioned silver clad ladies, offering up cupcakes and truffles from her table-like-skirt. Firecakes proudly presented a line of classic donuts for the crowd and Le Pain Quotidien offered up some lemon blueberry tarts and scrumptious coconut macaroons. Beatrix had their Oh My! Caramel Pie in tiny adorable slices, while Ada street played it simple with a smear of chocolate ganache on some fresh crostini with a sprinkle of sea salt and a drizzle of olive oil on top. 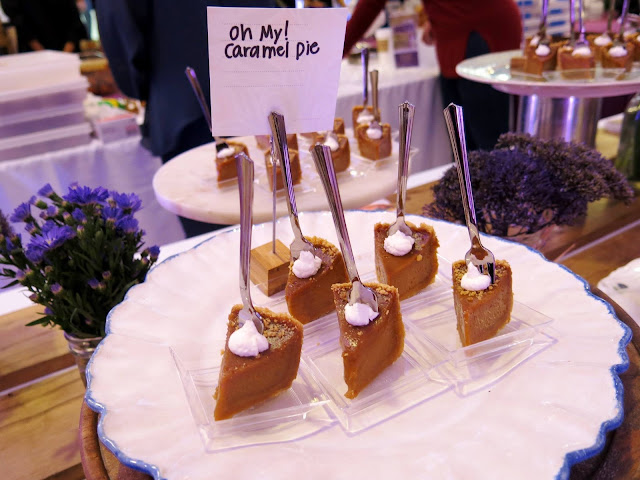 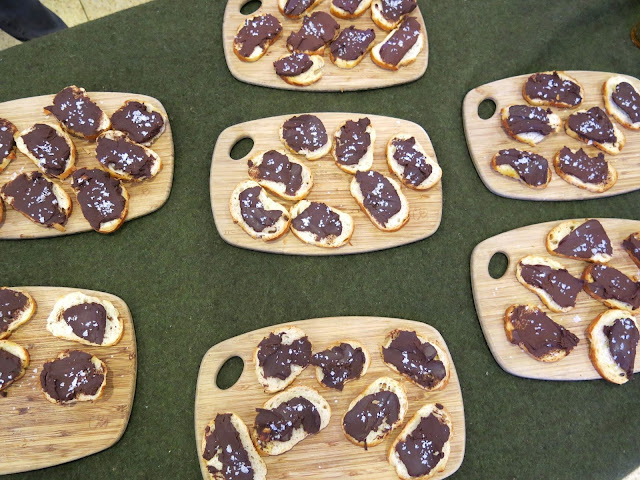 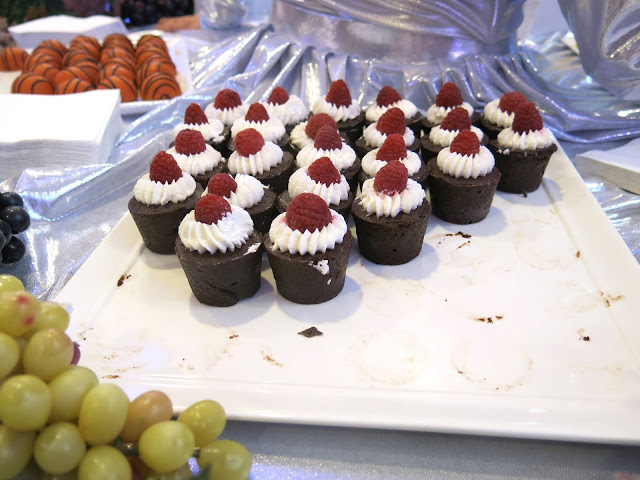 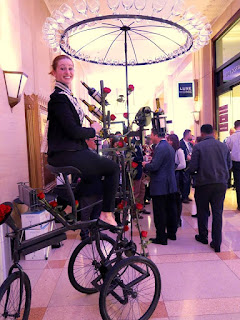 It was an absolutely pleasurable way to spend an evening for certain, especially since the entire shindig was put on to benefit three deserving charities: Saturday Place, the Respiratory Health Association, and the Lynn Sage Foundation. Not only were a portion of the ticket sales going to these lovely places, but there were also other opportunities to give at the event, like the blind bag wine pull station and an extensive silent auction. It did Brandy's heart a world of good to see these tables crowded with people for the entirety of the event.

"I really do believe that food can do a great deal of good for the soul, for the body, and for the community," as Brandy put it, "And it's just so lovely to see that concept manifested right in front of me. Now, where did that girl serving wine from her penny-farthing go?"

The writers of this blog were invited to this event free of charge in order to facilitate the writing of this post.
Posted by Bunny and Brandy at 11:38 AM