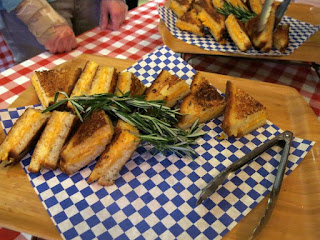 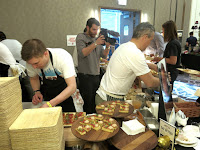 Culinary Fight Club, the nationwide organization that throws extraordinary cooking competitions between some of the best chefs around, has announced its first ever Chicago food festival.  Being held on Sunday August 21st from 11:00am-3:00pm at Joe's on Weed, the festival will bring together chefs from across Chicago, asking them to prepare the best bite they can muster for the attending crowd.  Attendees will have the chance to vote for their favorite dishes, and at the end of the afternoon, four chefs will rise to the top.  Those four chefs will then be challenged to prepare a dish in just 30 minutes, and the winner of this head to head competition will be handed a $1000 prize, bragging rights for the next 12 months, and a free pass to the World Food Championships in Orange Beach, Alabama. 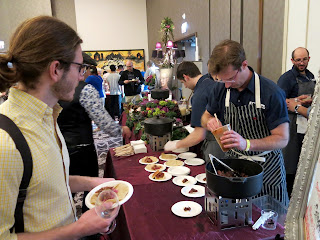 Brandy is all for a little healthy competition, so she was naturally very interested to hear about this particular festival.  "I do so love tasting festivals, but I also like the idea of chefs competing for my favor," she commented, slyly, "And it certainly doesn't hurt that this particular festival is happening during my normal brunching hours.  I certainly know what I will be doing on the 21st!"

More info and tickets can be found HERE.  Hope to see all you brunch fans there!
Posted by Bunny and Brandy at 10:53 AM