Hashbrowns: The Sequel or The Return of the Killer Potatoes 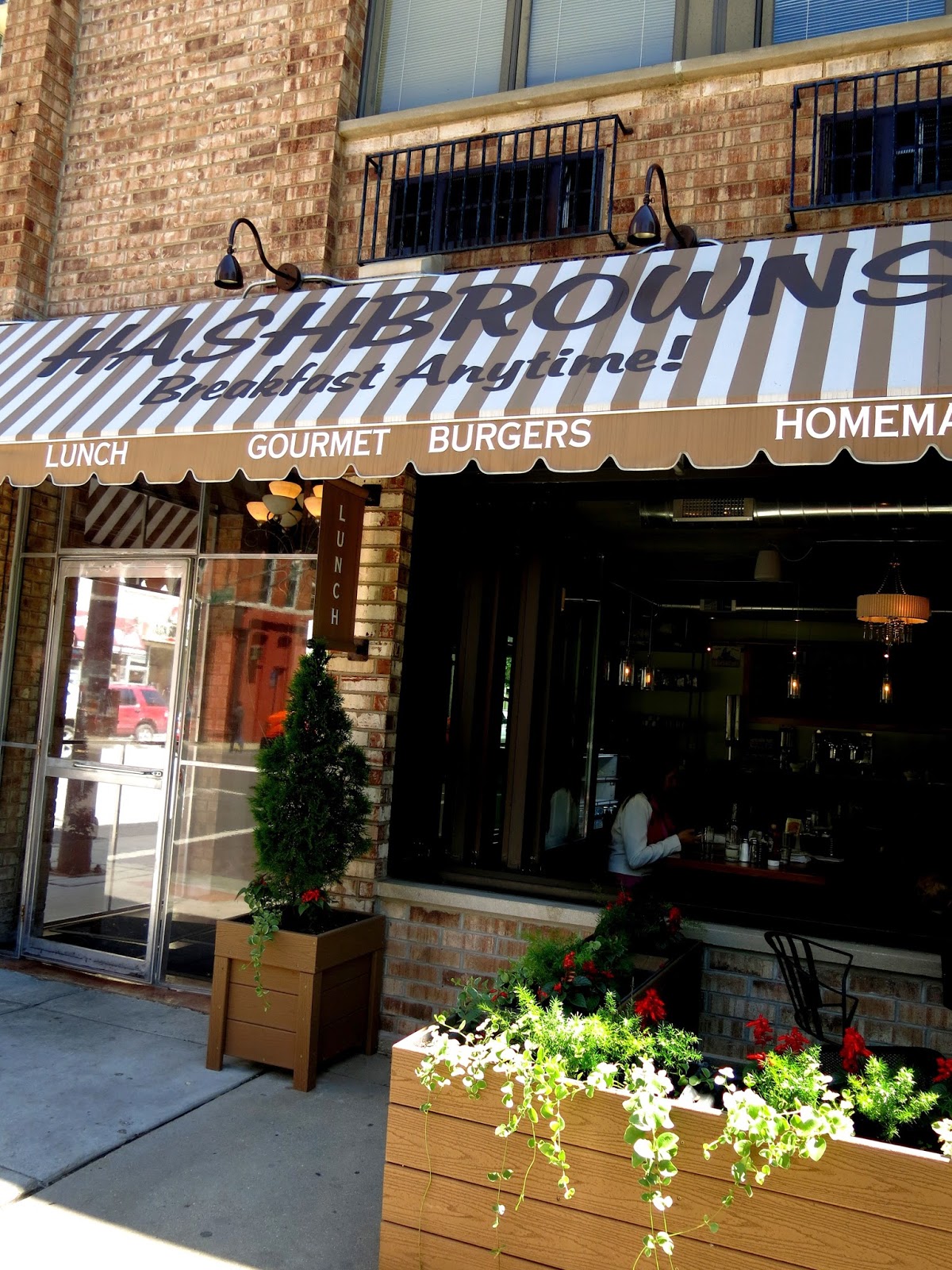 Brandy has never been one to repeat herself.  Indeed, one of her sworn promises when beginning to record her culinary adventures through this blog was to never eat at the same place twice, but that promise has proven to be more complicated than originally expected.  "What I wasn't counting on was things like expanding locations and the rise in seasonal menus, meaning most places in Chicago change their brunch items every few weeks," Brandy sighs, "So I've had to make exceptions from time to time."

One exception Brandy decided to make was for Hashbrowns, which she visited at their Maxwell Street location way back in 2011.  As a perennial favorite of the Chicago Taste Festival, founder Ronnie Ruffolo wanted to take his vision of an affordable, home made, casual dining experience a little farther North of University Village, and last year, a brand new location was opened in Old Town, providing the same menu of comfort food favorites to a whole new neighborhood.  Hashbrowns reached out to Brandy to come compare the new spot with the Maxwell Street location, and as a public service, she felt she must accept the offer.  "Technically, it's not the same, I suppose," she said in an attempt to justify her back tracking, "But really, how can one's experience anywhere ever be considered the same?  You'd have to arrive at the same exact time, on the same exact day, sit at the same table, have the same server... there's a lot of variables involved and... oh sod it, I'm going back because I bloody well want to!" 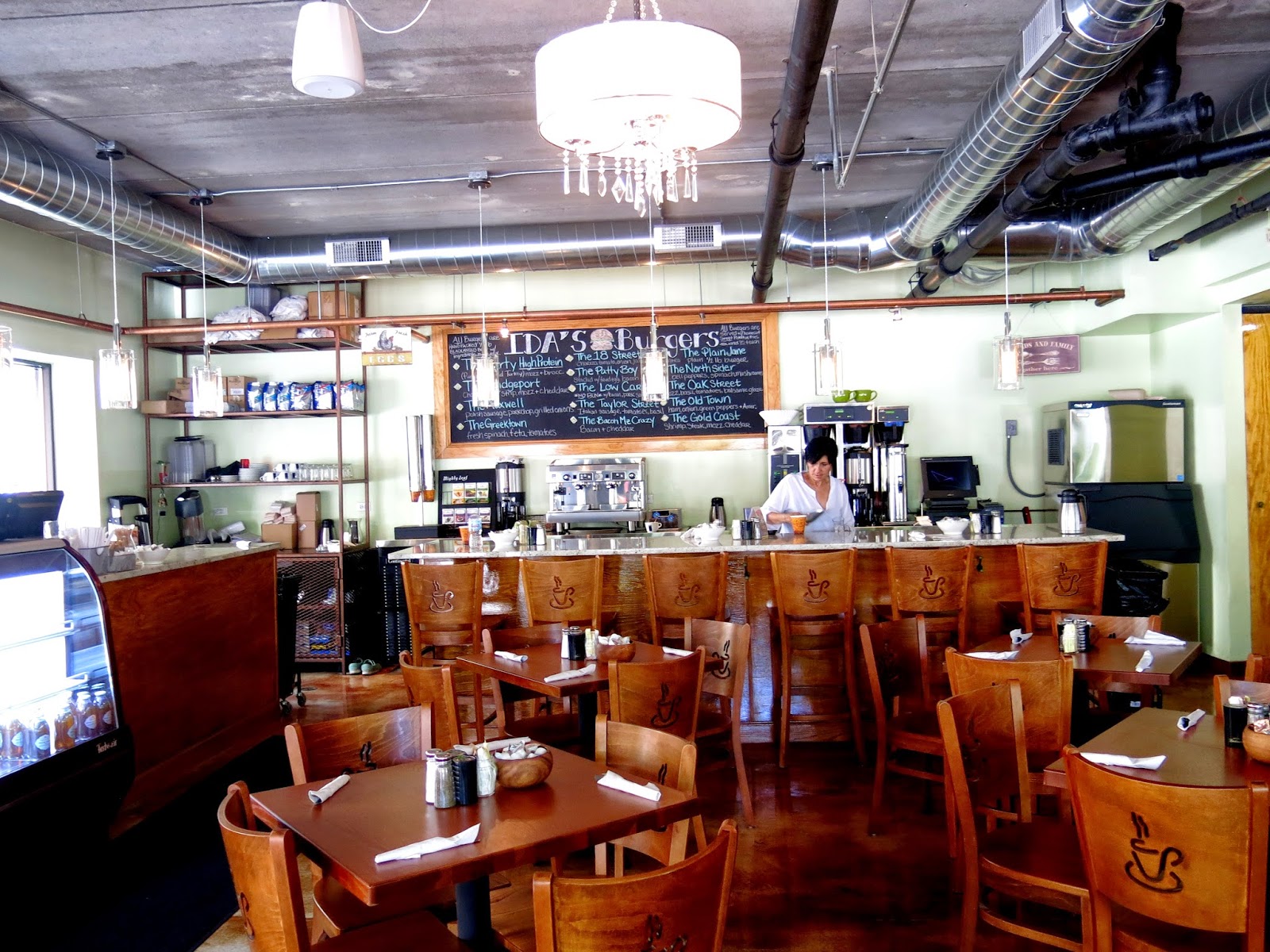 The inside of Hashbrowns' Old Town location certainly had a few things in common with the Maxwell Street location (the modern look with an exposed, industrial ceiling, the brown fabric panels on the walls, the open kitchen at the back), but this space seemed much more open and sunny, which Brandy appreciated, especially on such a beautiful day.  The main dining area could easily seat 100 or so without anyone feeling too crowded in, and with an additional 50 seats on the covered patio, Brandy could easily see this being an excellent option for diners on busy summer weekends with little to no wait time and comfortable seating. 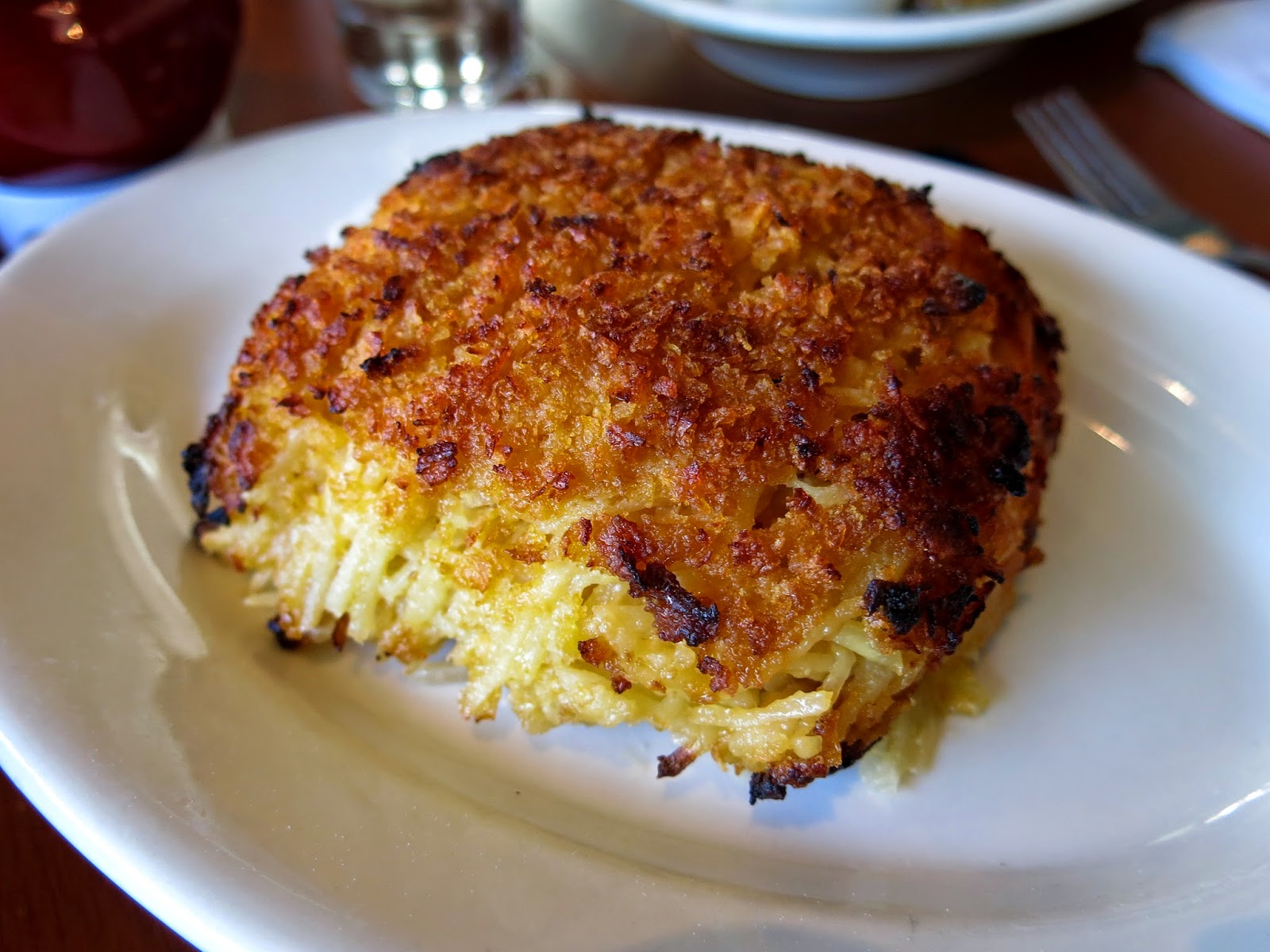 To start off with, Brandy ordered up one of the house specials, the Killer Hashbrowns.  More a casserole than what one would typically expect of the oft neglected potato side dish, "The Killer" appeared more like a thick slice of lasagna.  The shredded potatoes within had a surprisingly firm texture with a nice tartness from the sour cream, as well as an awesomely crispy top, which was made from, of all things, crumbled corn flakes.  "Well, I can certainly see why they call this "Killer Hashbrowns," Brandy remarked, "I think I could easily eat a whole pan of this deliciousness, though I'm not certain my body could survive the intake of all those potatoes." 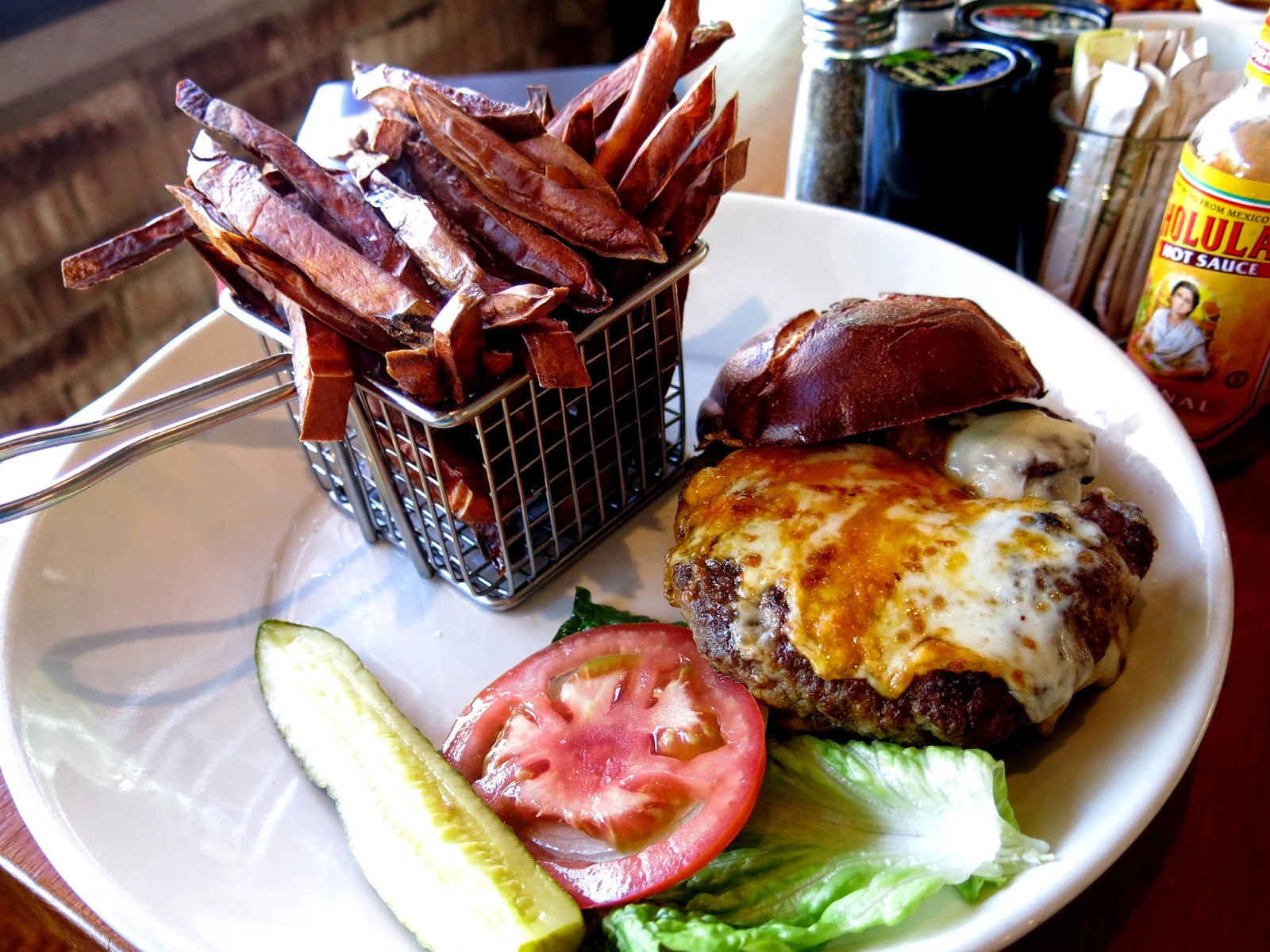 Next up Brandy ordered the Bridgeport Burger, which coincidentally had the same flavor profile as the burrito she had ordered the first time around (Hashbrowns offers omelets, burritos, and burgers in signature flavor combinations, all named after different Chicago neighborhoods).  "The burrito was quite disappointing all those years ago, so this is a matter of redemption," she commented to no one in particular.  The burger, made from premium New York strip, came simply dressed with some melted cheddar and mozzarella cheese on a pretzel bun and a few of the usual veggie accompaniments.  Though a little dry, the burger packed a great punch of meaty flavor, something that can often be taken for granted.  "I do enjoy a burger that actually tastes of meat," Brandy contemplated, "And its rather refreshing to have one that's not been dowsed in sauces and toppings to disguise it.  Simple, clean, and flavorful.  That is definitely comfort food in my book."  The burger also came with a generous side of hand cut sweet potato fries.  Those too had a nice clean flavor to them, and though not as crispy as Brandy might have liked, she still appreciated the attention to detail put into them, right down to the sea salt on top and the adorable basket they came served in. Lastly for a little sweetness, Brandy ordered the Cinnamon Blueberry French Toast.  As we all know, Brandy is pretty picky about her French toast, even turning her nose up at concoctions made by some of the most highly regarded restaurants in Chicago, but this French toast was absolutely perfect.  The bread was eggy and soft, but still maintained a little firmness, the coating had a great warm cinnamon flavor, and the blueberries on top added a little pop of tartness.  She was especially glad to see a side of vanilla syrup for dipping, which she remembered as one of her favorite things about her last meal at Hashbrowns.

With the same warm and attentive service, flavorful home made food ("It's a sad state of affairs when a restaurant has to proclaim they don't use anything pre-made or frozen!" Brandy scoffed), and incredibly reasonable prices she'd loved about the Maxwell Street location, but a larger, more open space, Brandy couldn't help planning to make this Hashbrowns one of her regular haunts.  "The only thing left is to stake my claim on one of the tables," she thought, "I'll need something by a window for the summer, but without too much of a draft in the winter, plus enough space to order every type of hashbrown on the menu... hmmm... perhaps a few more scouting trips are in order."

The writer's of this blog were invited to dine at Hashbrowns at no cost in exchange for an honest review. 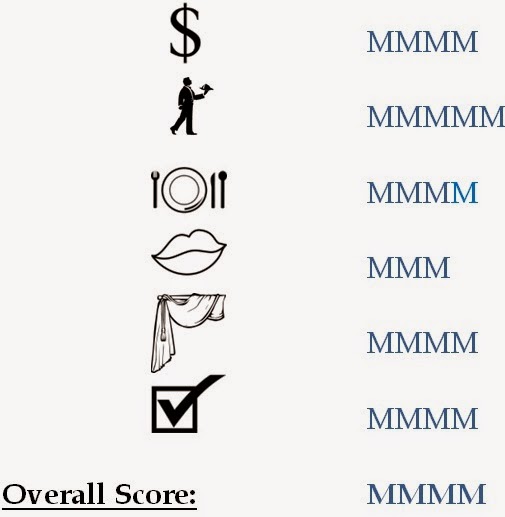 Posted by Bunny and Brandy at 6:39 AM