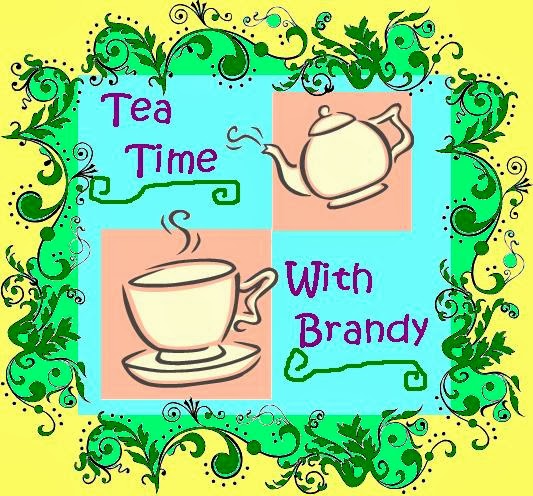 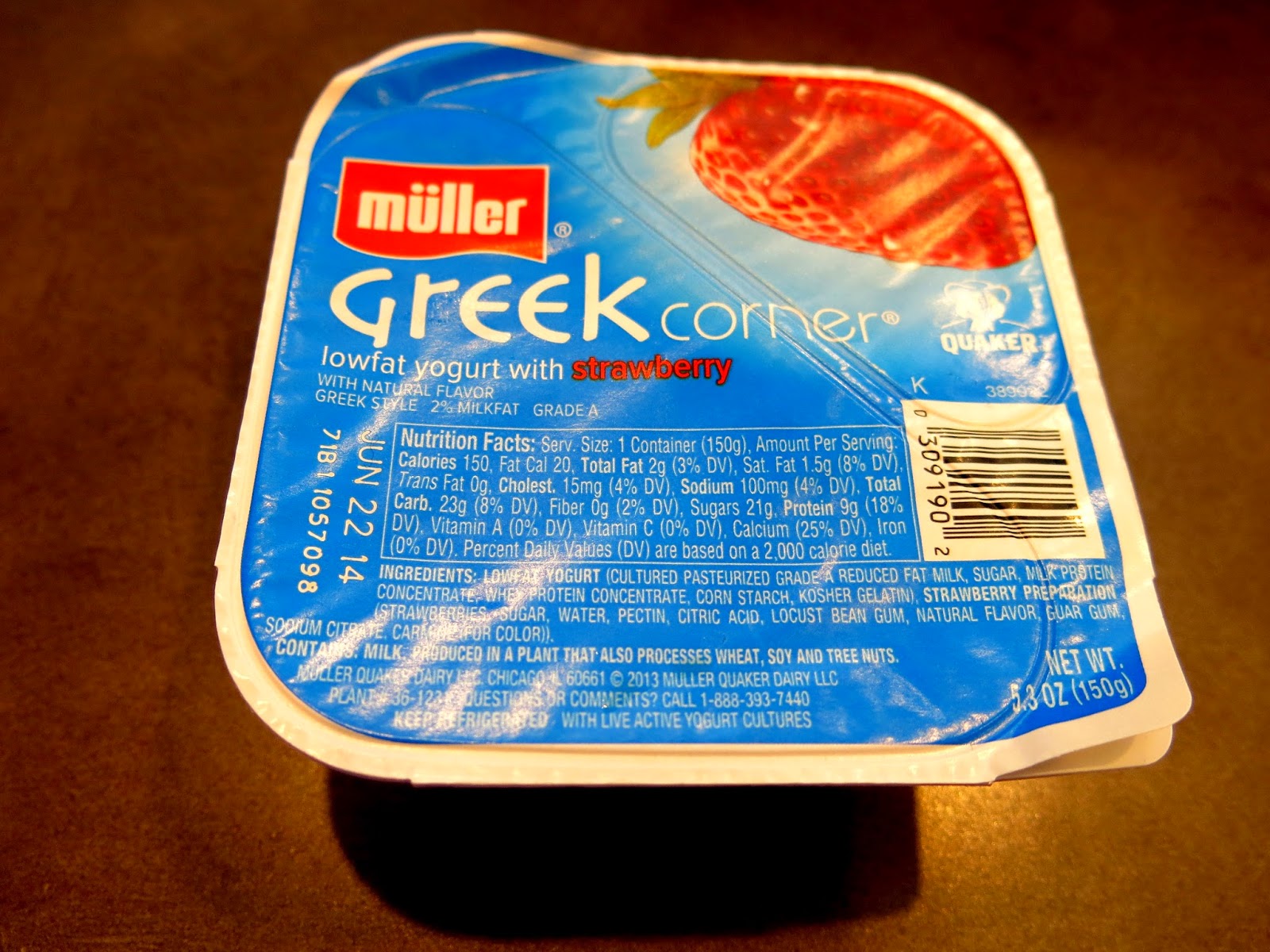 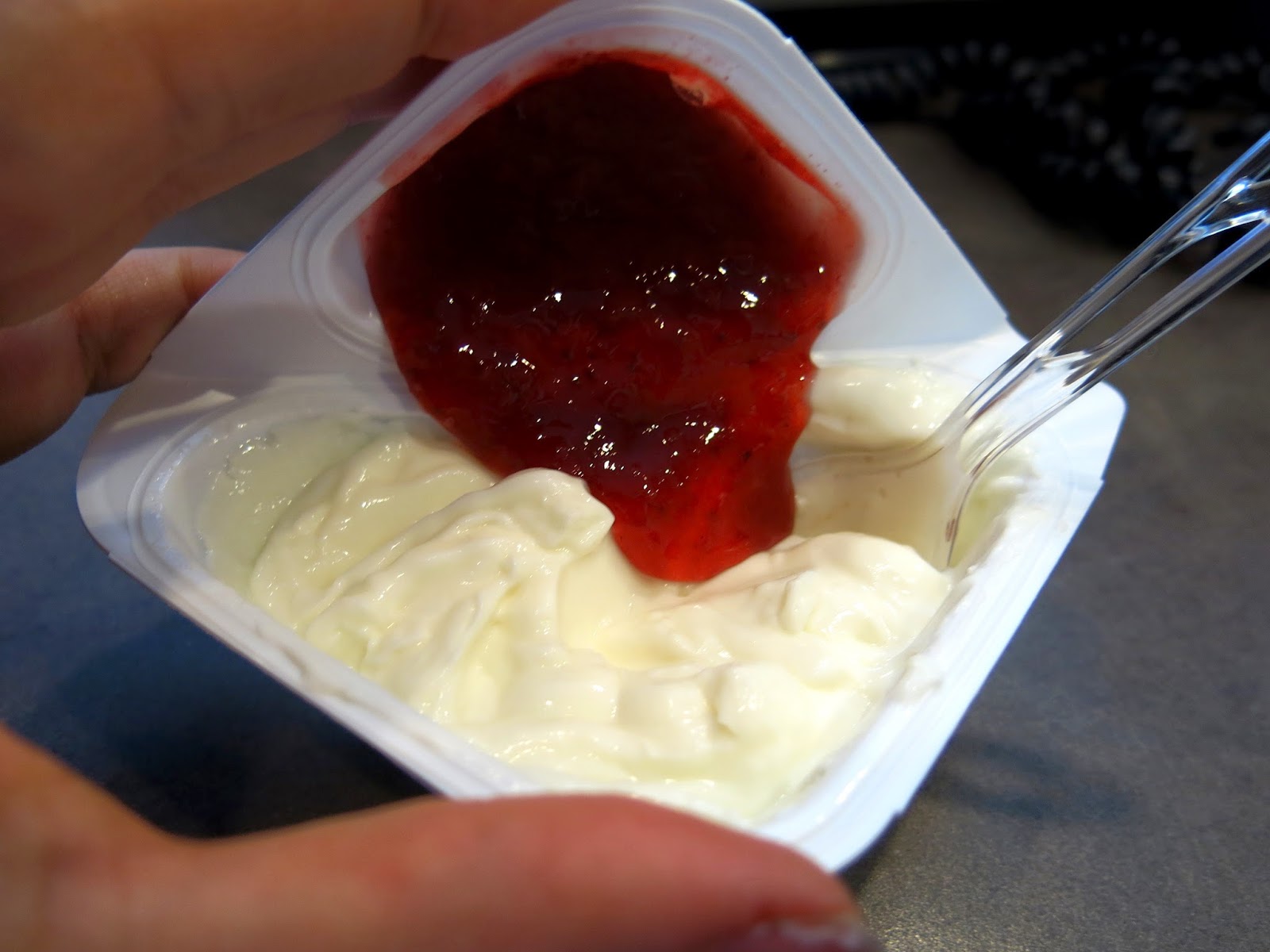 As elaborate as Brandy's brunches can get, sometimes she likes to take a step back with a simple, easy breakfast.  "My stomach and my wallet can't handle a lavish feast every day of the week," she likes to say, "Besides, it's supposed to be about the simple things in life, isn't it?"

This kind of retrospection is perhaps why Brandy's favorite breakfast as of late has been yogurt.  Simple, yes, but with the right kind of mix-ins and toppings, it can be a healthy and tasty way to start the day.  Brandy's yogurt of choice has been of the Greek variety for its thick, smooth texture and milder tanginess than other types of yogurt, and she especially loves mixing in fresh fruit, jam, or crunchy nuts for some variety. 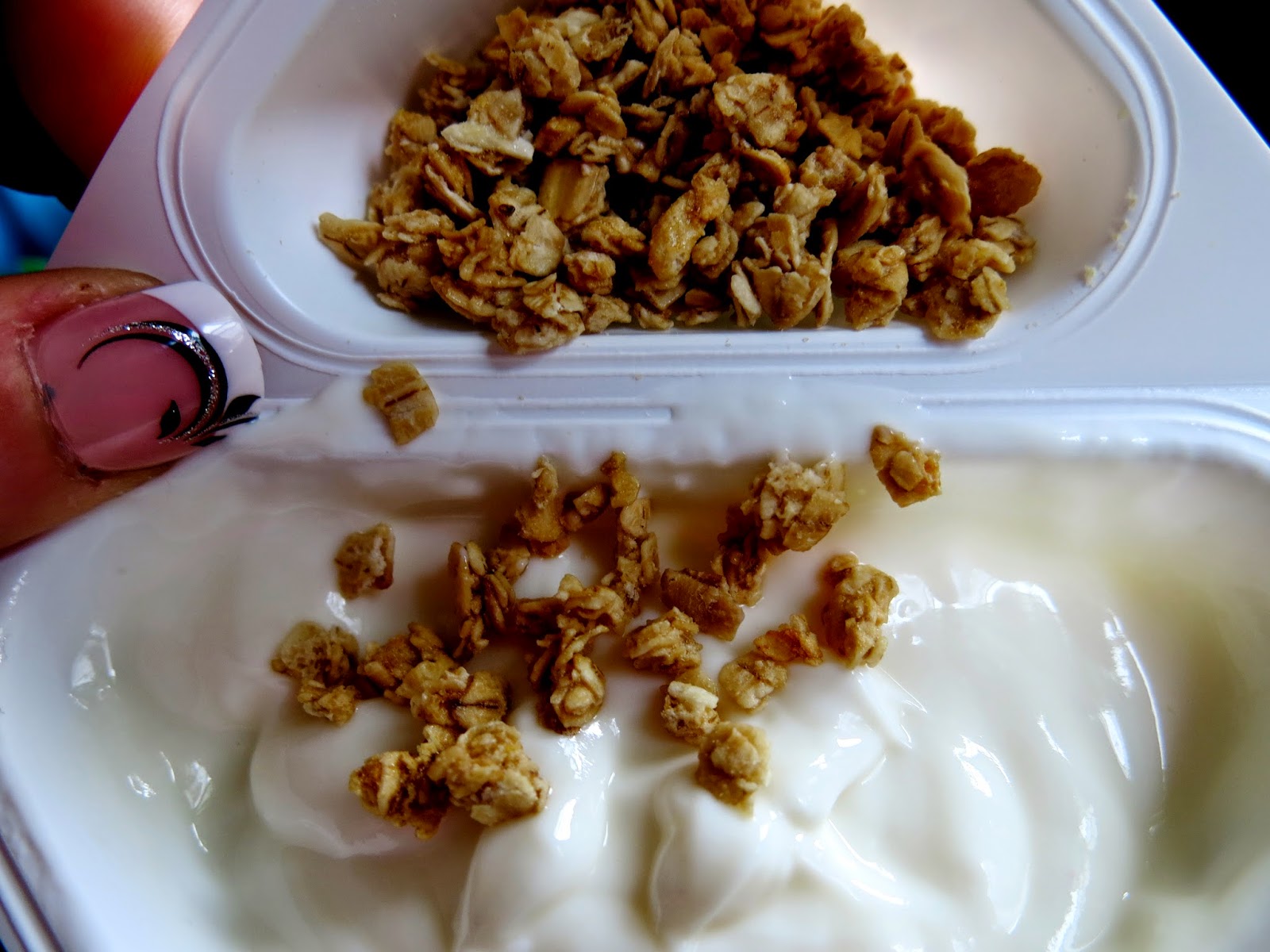 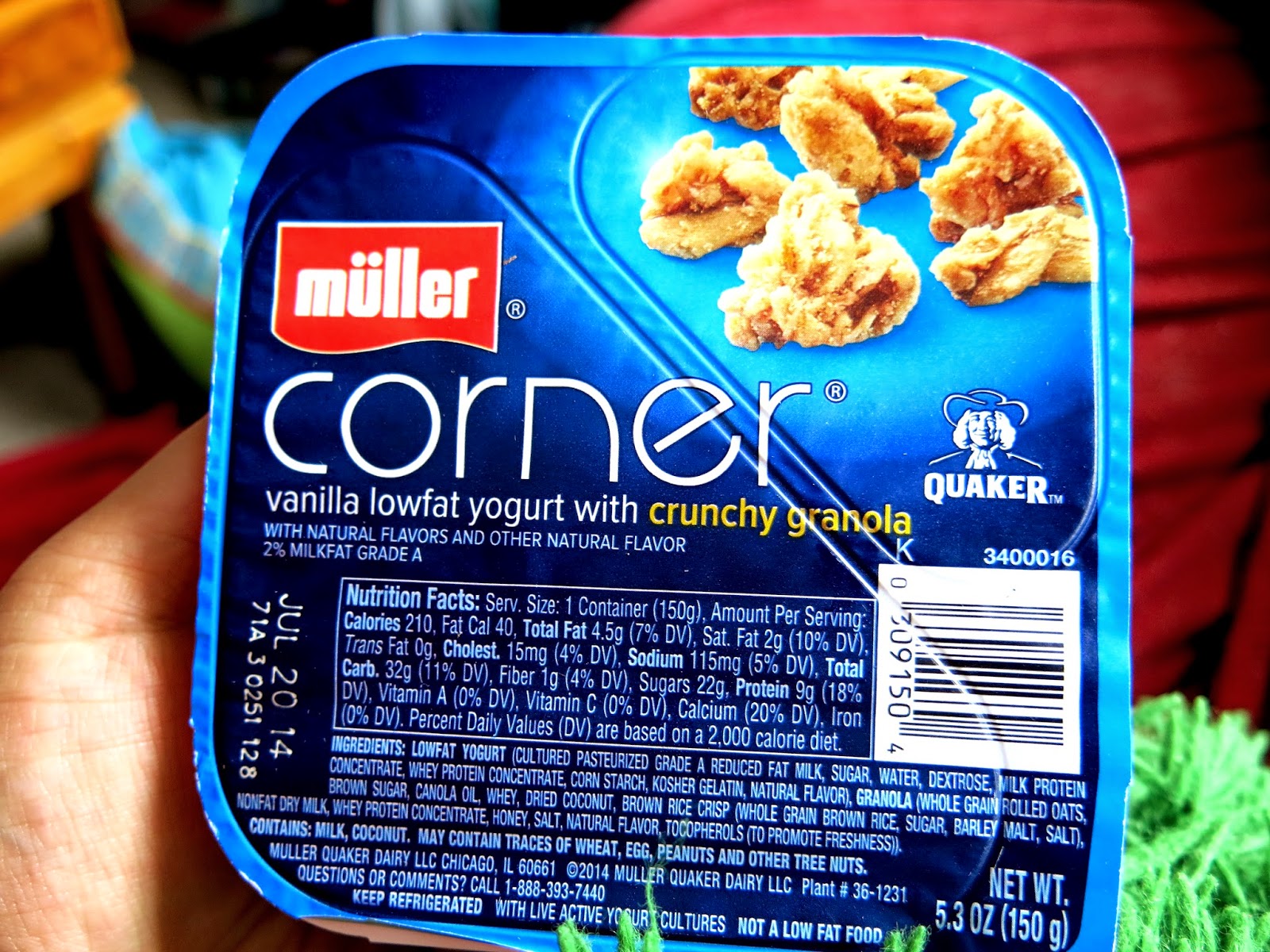 Having made it her personal mission to try every yogurt on her local grocery's shelves, Brandy's eye was recently caught by a new product from Quaker, their Muller Corner Yogurt, which came in both traditional and Greek varieties, each with a little pocket of interesting mix-ins kept separate in the corner of the package.  "Hmmm," Brandy mused while blocking the aisle for several other shoppers, "Very interesting.  I suppose I really should try all the flavors for...scientific purposes."  And with that, she proceeded to load up her cart with six flavors to try out throughout the week.

The nice thing, Brandy found, about the Quaker Muller Yogurt was that most of the flavors fell nicely into not only the breakfast category, but also the snack and dessert categories.  Of the more traditional breakfasty types, Brandy rather enjoyed the Granola and Strawberry flavors.  The granola had a nice soft crunch that stood up nicely to the yogurt, though she would have preferred the Greek yogurt to the tangy traditional vanilla flavored one.  The strawberry had a lovely freshness to it, although it veered a little too far on the sweet side for Brandy's liking. 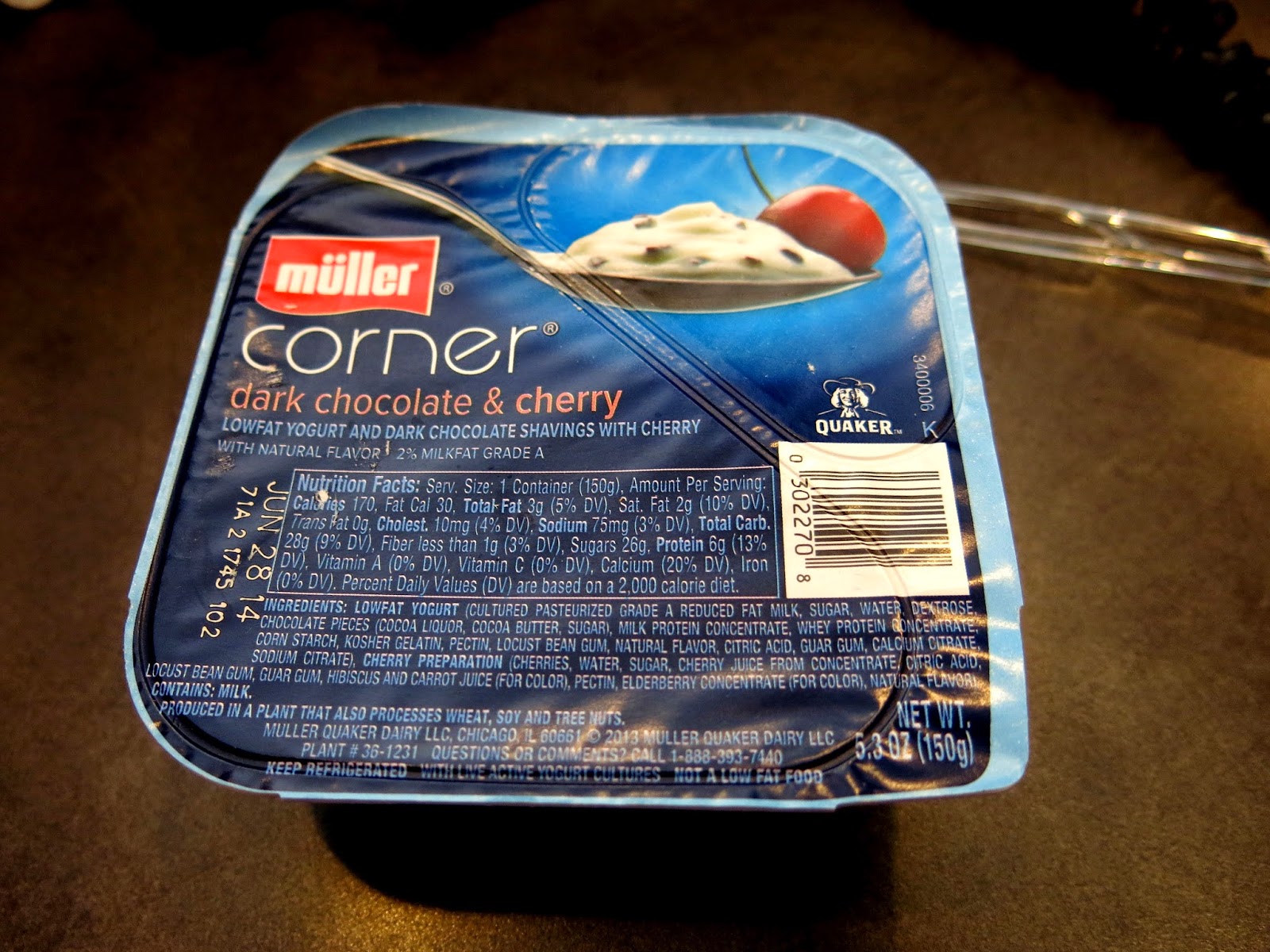 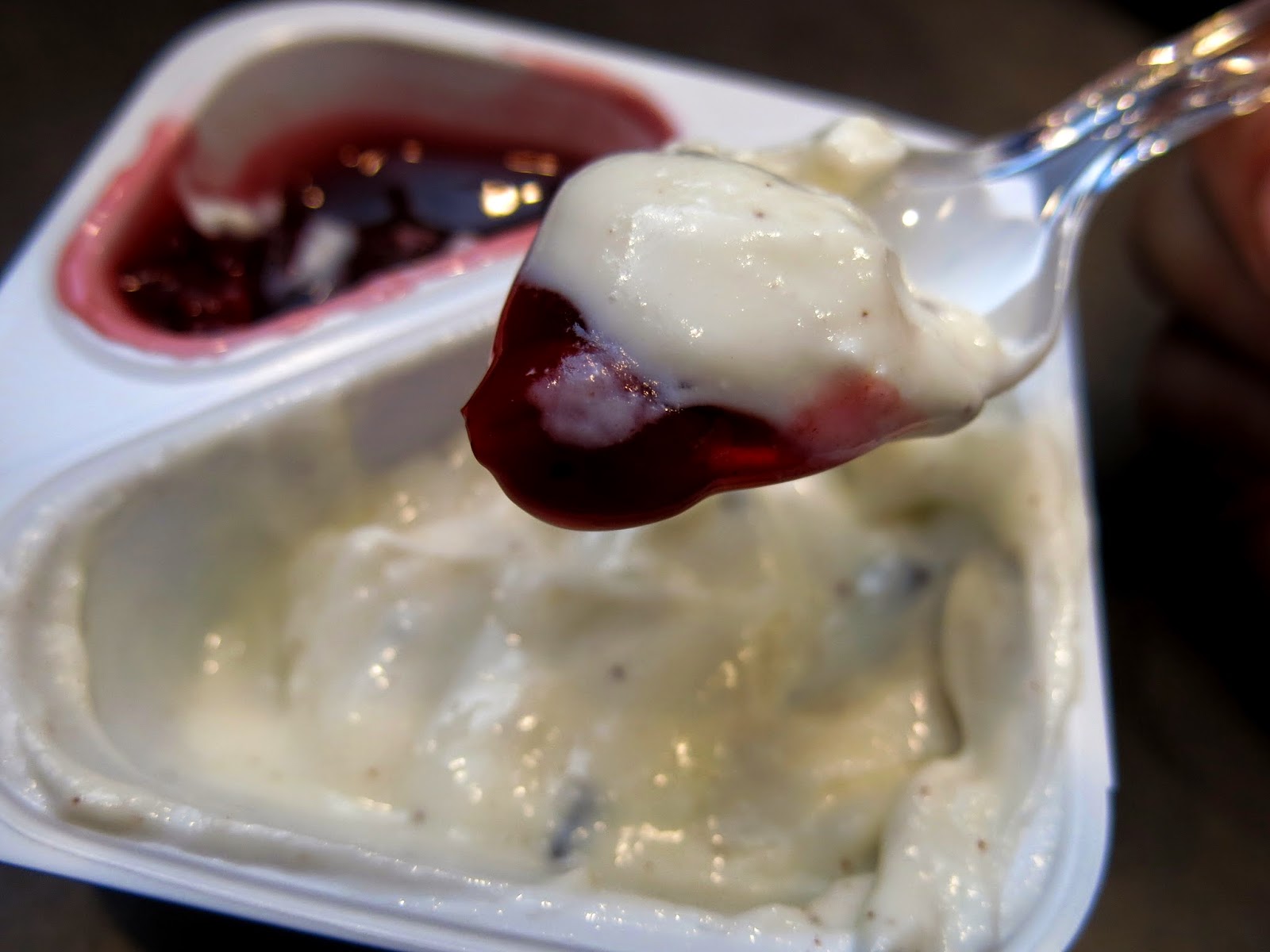 In the snack category, Brandy thoroughly enjoyed the Caramelized Almond, which had the crunch of the nuts as well as a nice burnt sugar flavor.  Falling in as her least favorite of the pack was the Raspberry /Blackberry flavor, which Brandy found had a rather unpleasant texture to the bits of berry in the jam.

Lastly were Brandy's two favorites, which would do nicely for a dessert in a pinch.  The Choco-Balls flavor had delightful little crunchy white and dark chocolate covered candies to mix into the yogurt, which didn't overwhelm with sweetness or richness.  Brandy's ultimate favorite, though, was the Chocolate Cherry flavor, which came with chocolate shavings already mixed into the yogurt as well as a corner filled with a darkly sweet cherry pie filling-like jam.  "Not bad for something professing itself to be healthy!" Brandy said. 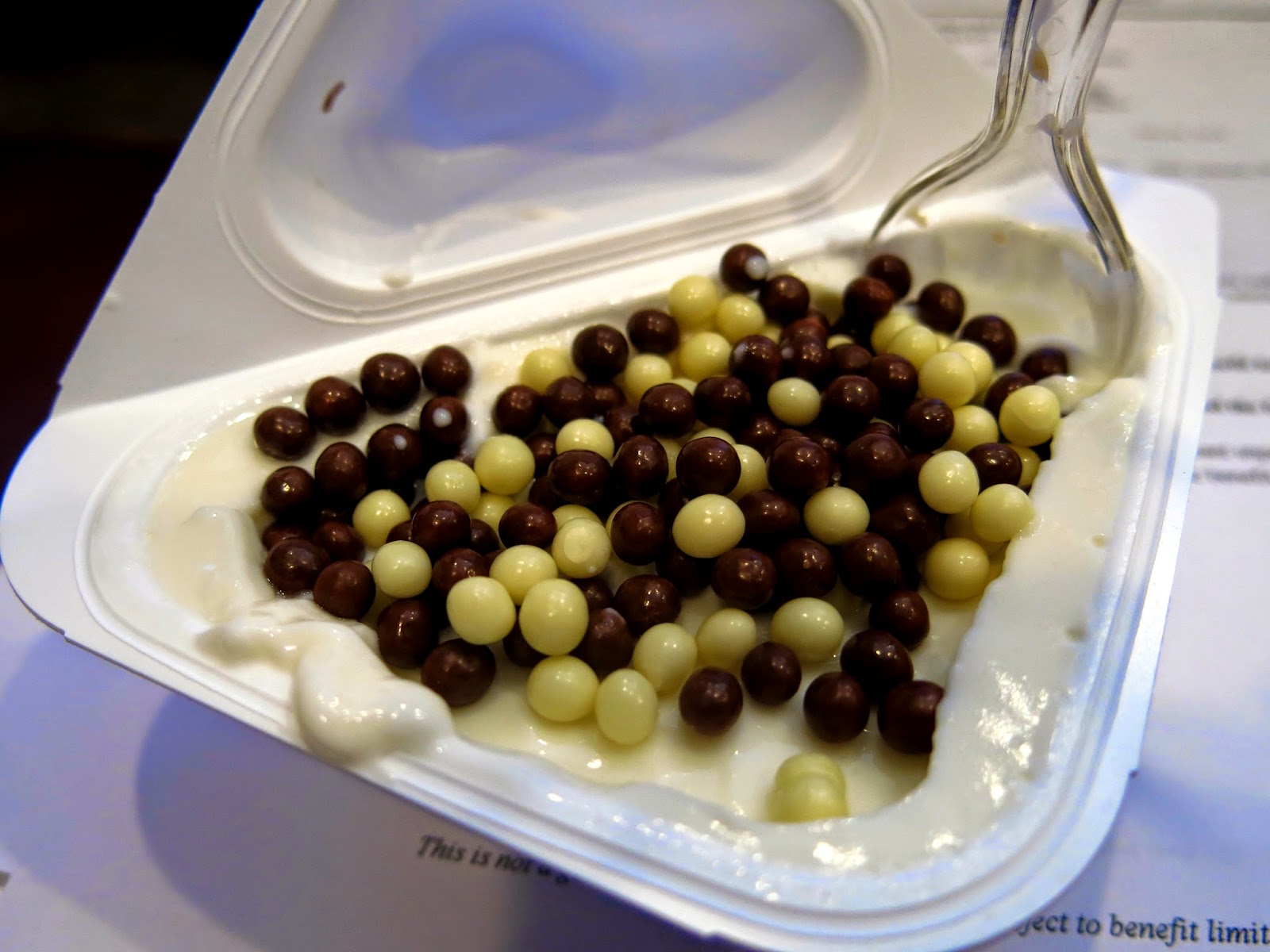 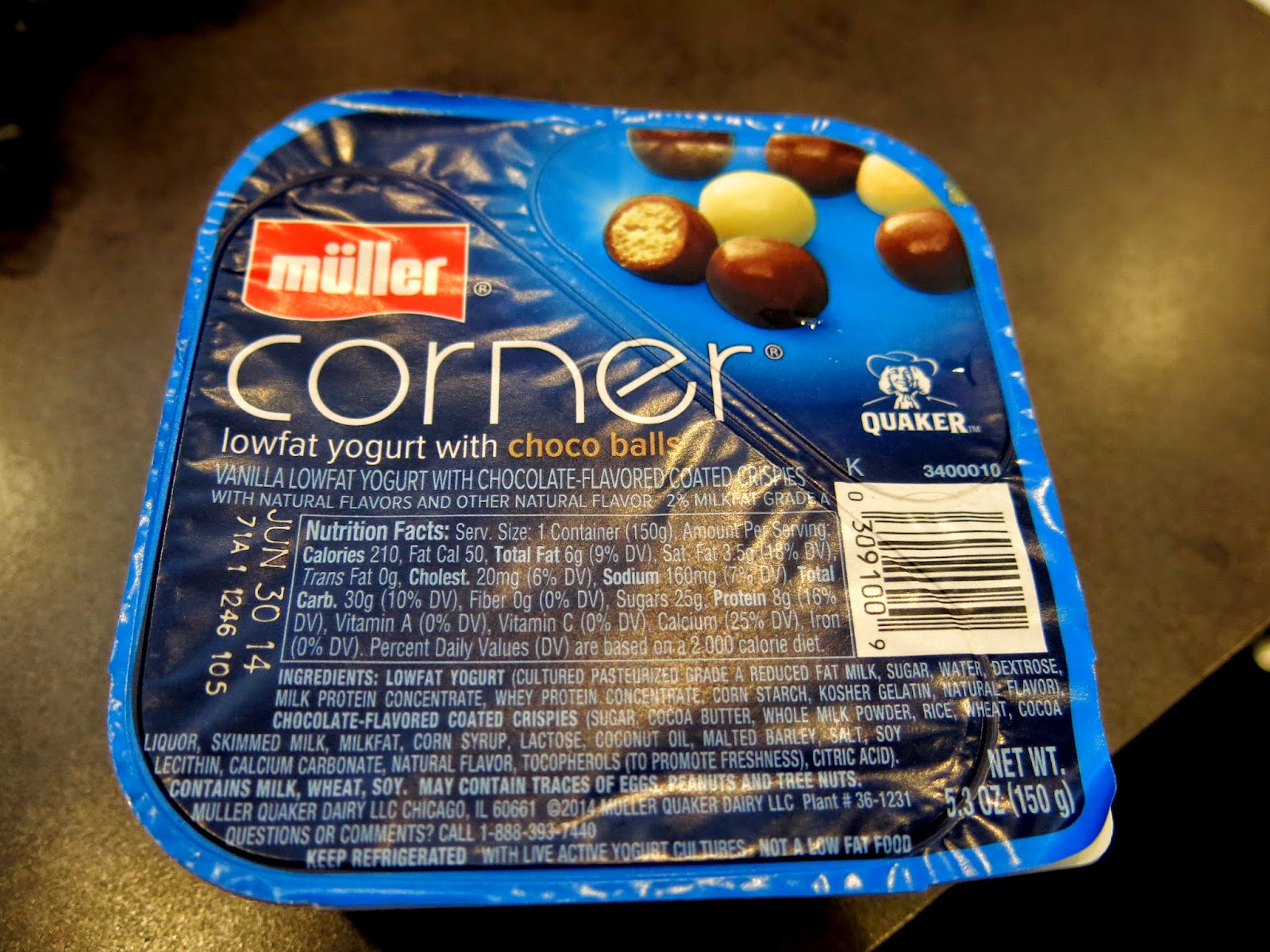 Having put all of the Quaker Muller Corner Yogurts to the test in a week's worth of healthy and light breakfasts, Brandy was once again ready to indulge in her usual rich, fatty, and sugary brunches.  "It was nice to have a break," she said, "Sort of a week long palate cleanser.  Now, time to wrap some bacon around a stick of sugar coated butter and deep fry it!"

The writers of this blog were provided with product at no cost by Influenster in exchange for an honest review.  For more information, check out www.influenster.com