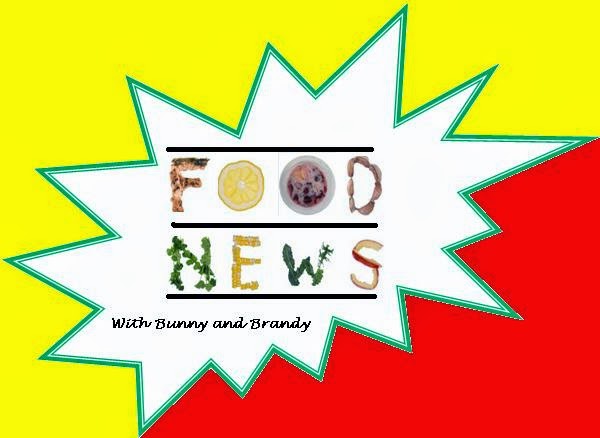 For those of you who follow Bunny and Brandy on Twitter, you may have seen our very special Live Tweet preview of the new brunch menu at Public House this past January, where Brandy was treated to a bevy of brand new and beautiful dishes that the River North gastropub would be dishing up every Saturday and Sunday morning.  Well, now that the menu has been officially launched at a blogger's only tasting event this past Saturday (organized by the wonderful team at Chicago Food Bloggers), Brandy has strongly encouraged us to give our readers a rundown of some of the delectable treats in store! 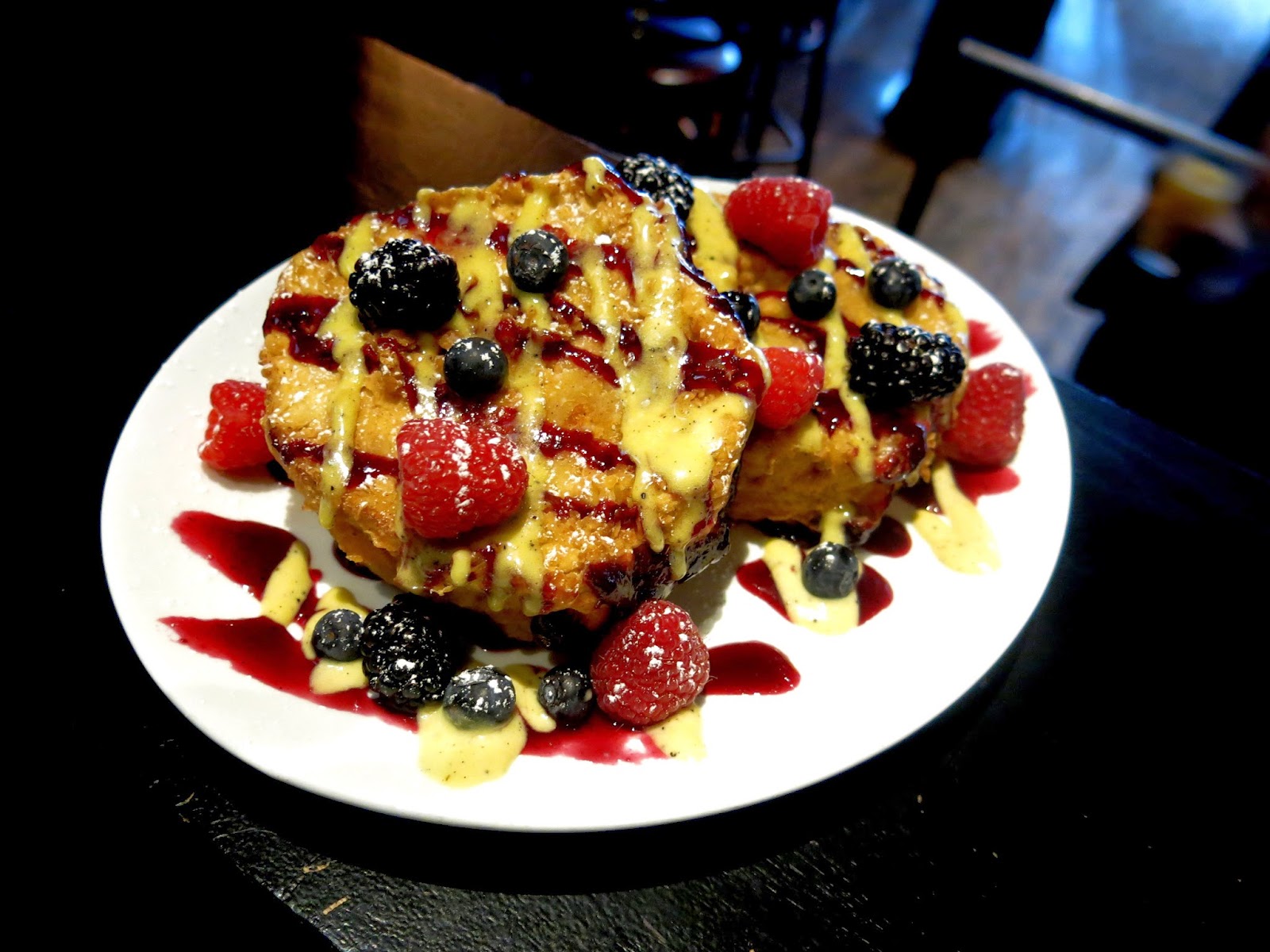 Public House has done an excellent job of providing brunchers with creative and classic dishes, both sweet, savory, and in between.  They've also made a concerted effort to keep everything in house, from the freshly made turkey or pork sausage to the thick cut bacon, and beyond.  Luckily, some of the favorites from the old menu have made it onto the new, like the Donut Fried French Toast, which though its had a little makeover, has lost none of its decadent allure.  The brunch cocktails have also been kept intact, including the Signature Bloody Mary and Loaded Skewer, the Blood Orange Mimosa, and the Breakfast Trio (a set of three delightfully breakfast themed shots with an orange juice chaser). 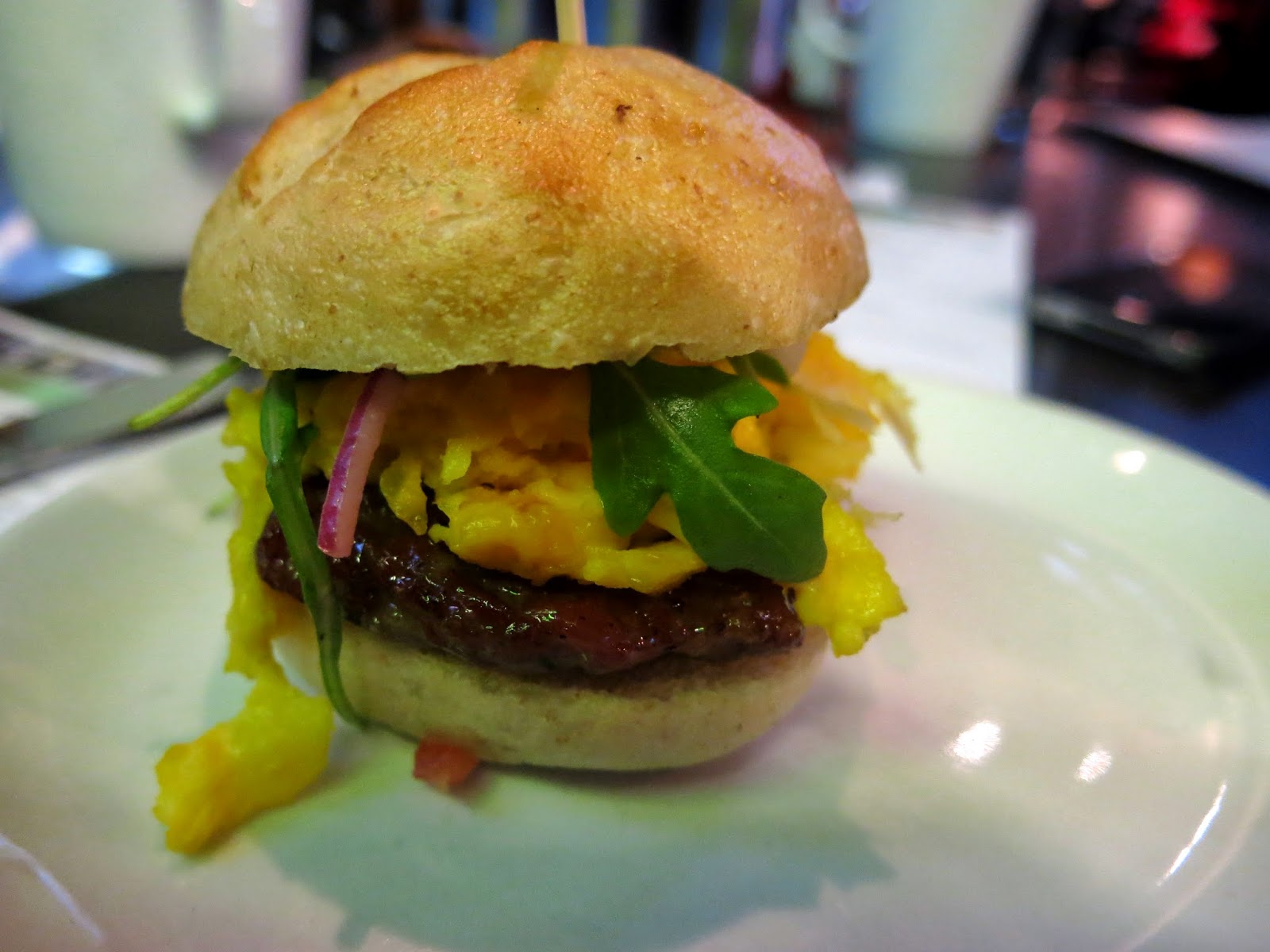 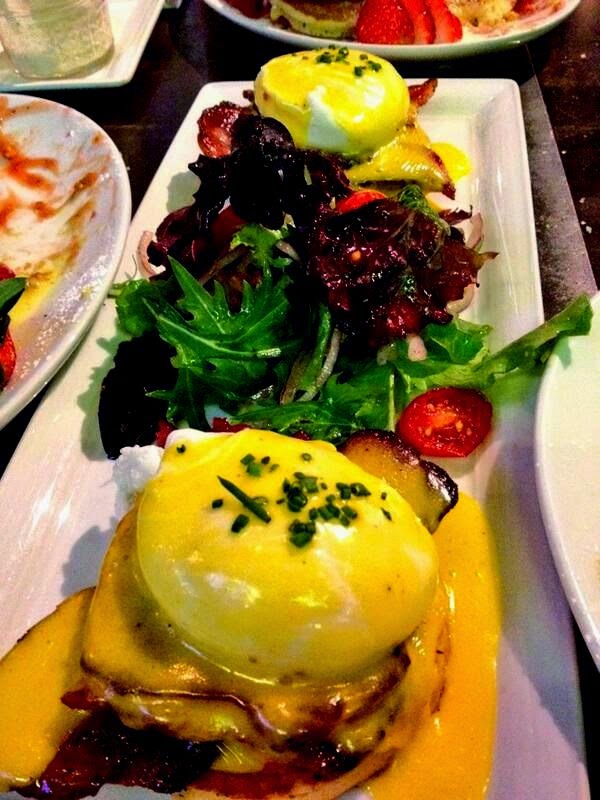 New to the savory portion of the menu are a couple of Benedicts, of which the BLT (with housemade bacon being utilized instead of ham slices and also in a vinaigrette, topping the arugula salad that comes with the dish) and the Crab Cake variety were particular standouts.  There's also a rather brilliant Breakfast Sandwich, made with the diner's choice of any of the house made meats and dressed with arugula, tomato, red onion, and scrambled eggs, all served on a soft sourdough bun. 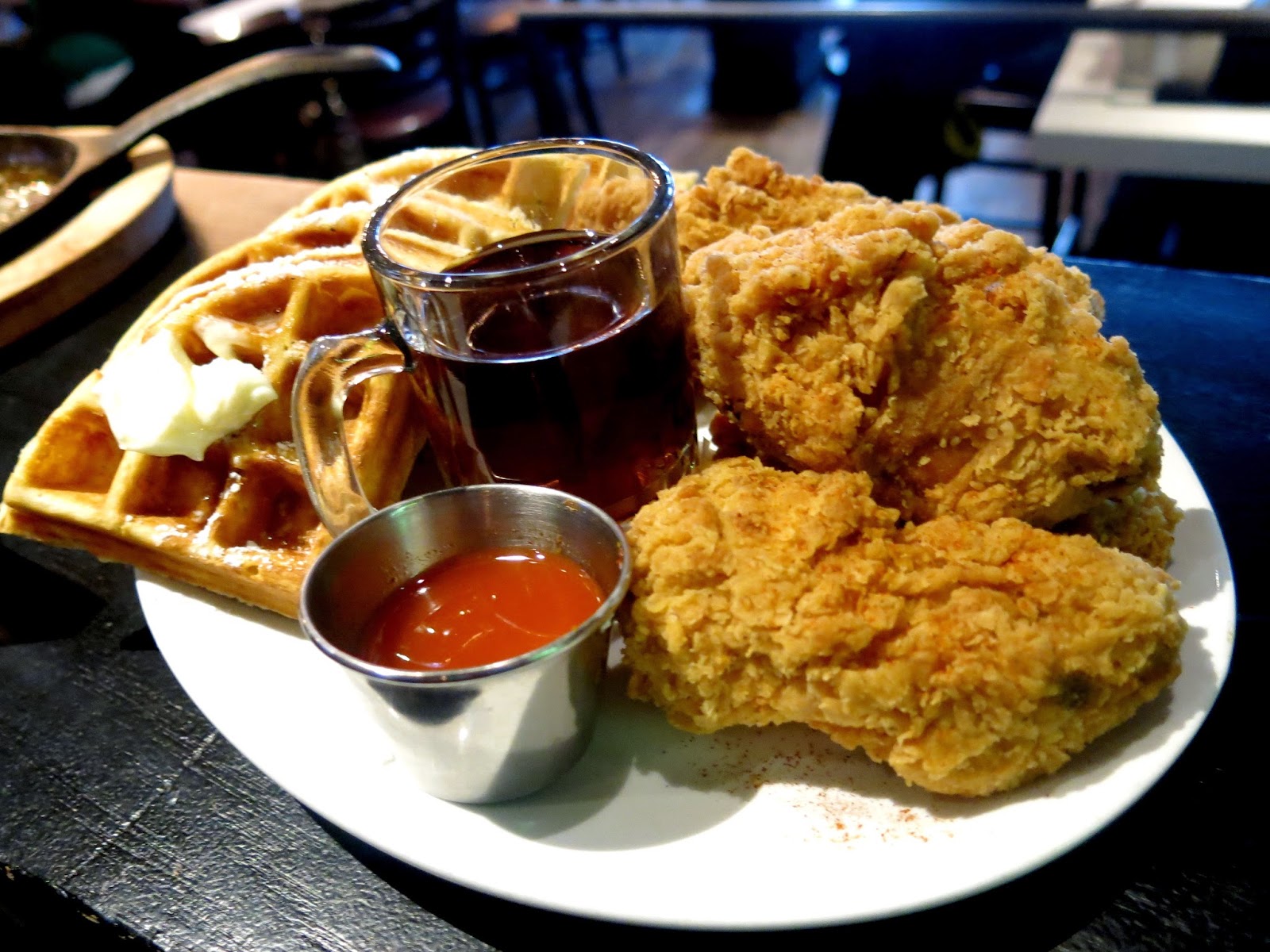 Straddling the line between the two extremes are the Chicken and Waffles, accompanied by hot sauce and maple syrup.  The chicken is fried on the bone to retain its juiciness, and the coating is thick, crunchy, and eminently satisfying.  The waffles have been caramelized slightly to add just the slightest hint of sweetness to an otherwise savory dish. 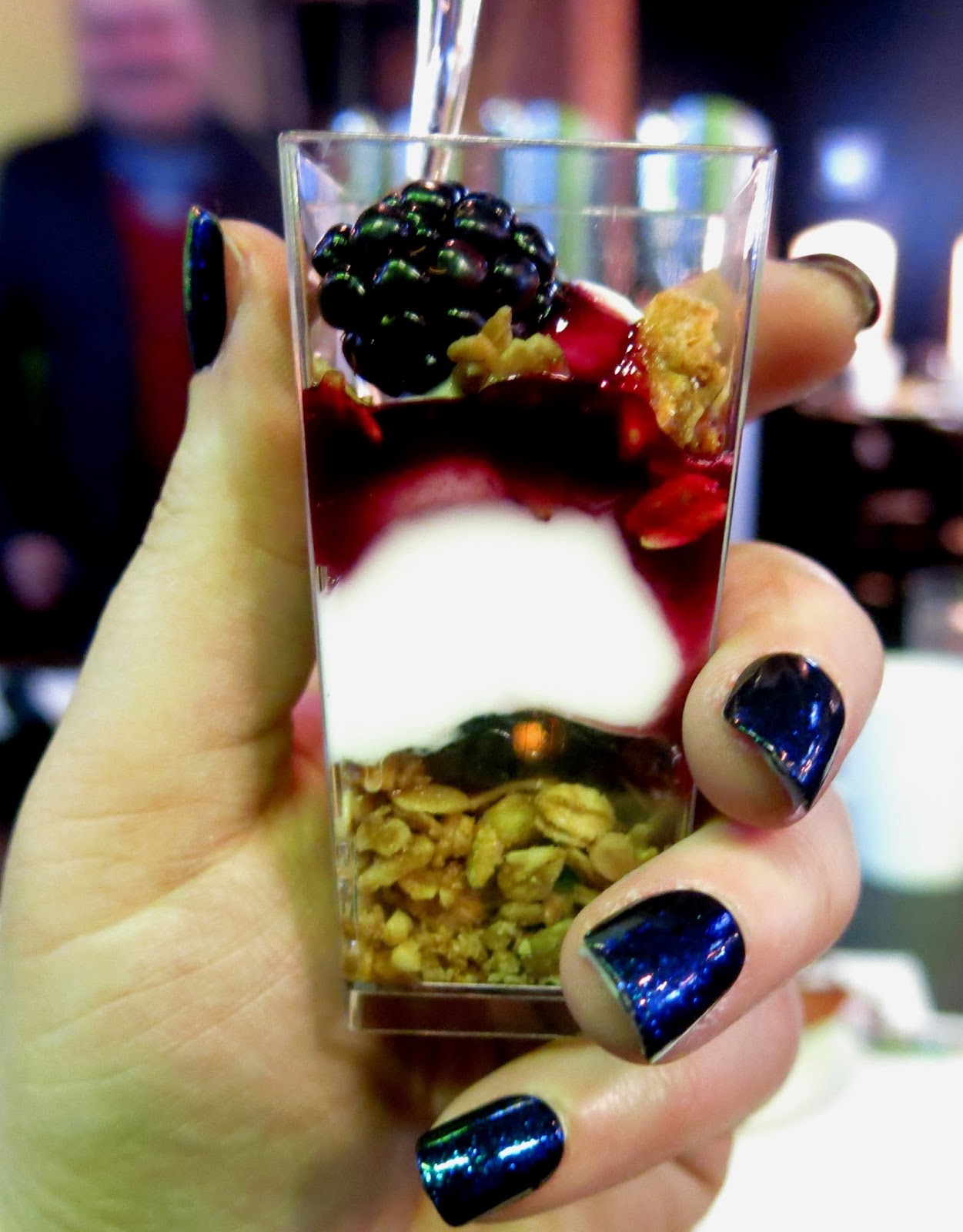 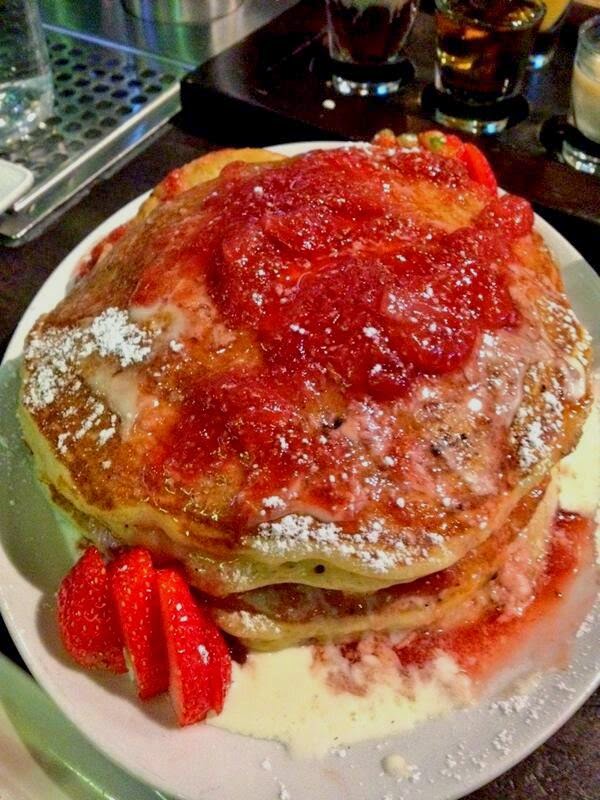 The sweet side of the menu is no less impressive.  There's the Sticky Buns, made in the traditional Southern style with toasted pecans and a vanilla scented frosting.  Then there's the Yoghurt Pint with fresh berries, house made granola, and creamy vanilla bean yogurt, all served in a tall pint glass.  The positively dessert like Strawberry Shortcake Pancakes were one of Brandy's definite new favorites, with their soft fluffy texture, craveable jam, and mascarpone cream filling.

Check out Brandy's original post on Public House from last fall to compare her old favorites with the new!