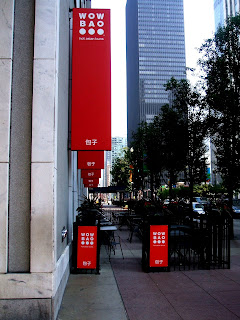 It will come as little surprise to most people that Brandy is a sucker for a good deal.  She currently holds the record for having signed up for the most group buying deal sights in the Chicago area, as well as purchasing the most deals in a single day (all of which were brunch related).  Though she may not quite be on par with some others (i.e. you will most likely not see her on an episode of Extreme Couponing any time soon, as she says "It takes too much time and effort that could be better spent sleeping and eating,") but even getting the slightest whiff of a good deal can send Brandy on some rather interesting out of the way quests. 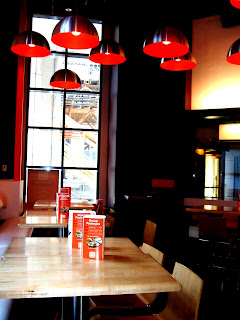 Having run a little low on funds due to a spending spree at Binny's Beverage Depot, Brandy was on the hunt for a cheap and satisfying brunch, and having recently learned of a breakfast menu at one of Chicago's fastest growing franchises, she thought she may have found the answer.  Wow Bao, with several locations scattered around downtown Chicago and a food truck to boot, has long been a favorite spot of Brandy's for a quick bite while shopping or theater going because of its flavorful offering and compact delivery, namely the humble steamed Chinese dumpling known as the bao. 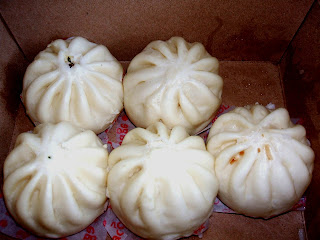 Brandy stopped by the 1 W. Wacker location in the Theater District to check what she expected to be some rather surprising choices.  The breakfast menu at Wow Bao consisted of two categories: #1 The Bowls: eggs and various toppings over your choice of grains like rice or quinoa, or #2 The Baos: five different flavors of steamed dumplings which can be purchased individually or in a 6 pack.  Brandy, not able to decide amongst the baos on offer, opted for the six pack with one of each savory flavor and double dessert. 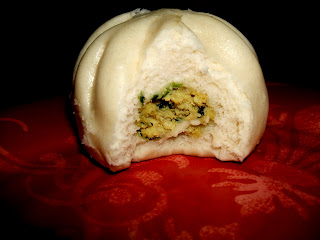 Egg and Spinach Bao: First of all, there is the dumpling itself, which is the same for all baos on wow Bao's menu.  Soft, tender, slightly sweet, and just a little chewy.  Inside the first breakfast flavored bao, Brandy found a mixture of scrambled egg and spinach.  This one was a little lacking in flavor, and spinach.  Brandy thought the addition of a few more veggies, like diced bell peppers or tomato, might have helped to liven things up. 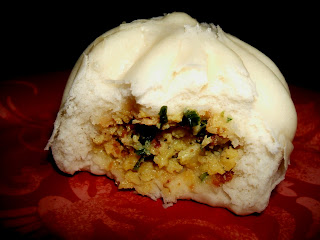 Egg and Bacon Bao: The eggs inside this bao were pretty much the same as the previous one, but the smokiness of the bacon really shined through.  It also made for a nice change in texture, contrasting nicely with the softness of the bao dough. 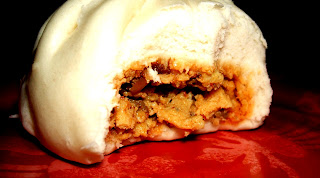 Egg and Sausage: This was probably the boldest of the baos.  The spicy mix of meat and egg was a real surprise to Brandy, and she really thought it helped to wake her up just as good as a hot cup of coffee. 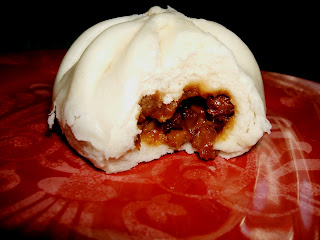 BBQ Pork Bao:  This bao, also available on the regular menu, was a nice change of pace from the egg baos.  The sauce on the pork was plenty spicy with a little herbaceous kick, which was a nice accompaniment to the sweetness of the bao dough.  The pork was a little on the chewy side, but not bad all around. 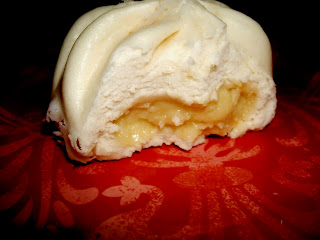 Coconut Custard Bao:  Another bao from the regular menu, the filling was exactly what you would expect, namely a sweet and creamy warm custard, packed full of coconut flavor.

A six pack of baos, plus an iced tea came in just under $10, which fro Brandy is a deal that really can't be beat.  This particular location had a wonderful area for sitting and enjoying her meal both inside or outside, and the staff could not have been perkier for so early in the morning.  Brandy's only complaints, if there were some to make, were #1: The fact it would have made more sense to include one more breakfast bao flavor in order to make for the perfect six pack ("But if they're going to force me to have double dessert for breakfast, then so be it," she lamented,) and #2 The fact that the breakfast menu is not available on weekends ("Normally I don't find week day brunch socially acceptable, but I suppose I'll make an exception here.") Luckily, Wow Bao also offers their wears in the frozen variety, meaning you could always buy those and have your very own Bao Brunch in the comfort of your own home. 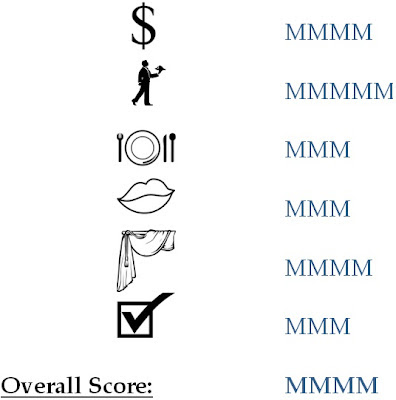