The Southern or Belle of the Ball 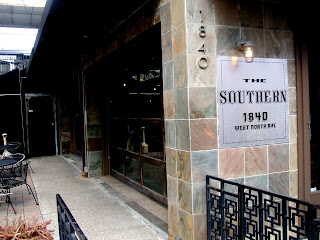 Greetings readers! We do apologize for our unscheduled interruption last week, but Brandy was unable to make her regular Sunday brunch trip due to a rather unexpected and unwelcome theft. On her way to her restaurant of choice, some crafty criminal had the gumption to slip her houndstooth pocket book right out of said pocket and attempted to abscond with it. Sadly, the thief did not count on Brandy's unnaturally refined skills of observation or her prowess at rugby, the first of which alerted her to the theft in progress and the second of which enabled her to sprint after him and tackle him before he could get away. After hauling him by the ear to the nearest police station, Brandy was kept waiting for most of the day as the local beat cops begged her to join their ranks. But something good did come of this little adventure, friends, in that the remorseful criminal did give Brandy a lovely brunch recommendation when she visited him in his cell. 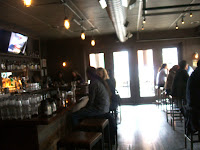 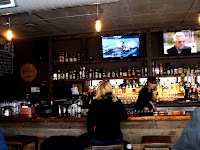 Brandy dragged along Biscuit and Birdie Brown on the off chance that the wayward young man had directed her to a den of thieves.  Instead, the party was delighted to find The Southern to be a quite lovely upscale yet rustic Southern American inspired gastro-pub.  Every surface seemed to be made of heavy woods, from the bar to the tabletops to the floors, giving the feeling of being in an enclosed porch.  "My grand pappy used to have a room like this on his plantation," Birdie commented, "Grand mama made him smoke his pipe out there so it wouldn't stink up her chintz curtains."  The room itself was a little crowded and cramped, but the tables were large enough to comfortably seat any sized party. 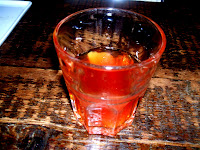 Brandy and friends were excited to see a wide range of creative sounding house cocktails available for purchase, so a round of drinks were ordered.  Brandy chose the Winter Infusion, a strong smelling bourbon infused with spices and black mission figs, which arrived softly on the tongue with a subtle sweetness.  Biscuit picked the Jezebel cocktail, a delicious twist on a traditional mimosa with the addition of peach infused tequila (Brandy was heard to say that this concoction was one of the best "mimosas" she had ever tasted, which is a major compliment coming from an expert such as her).  Birdie was drawn to the Walker Texas Ranger, a sweetish combination of Johnny Walker and Templeton Rye spiked with cherry tobacco and garnished with an orange peal.  The result was a rather distinctive bright flavor, perfect for sipping in the morning.  "Smells just like my grand pappy's old pipe!" Birdie exclaimed, wiping away what might have been the beginning of a tear from his eye. 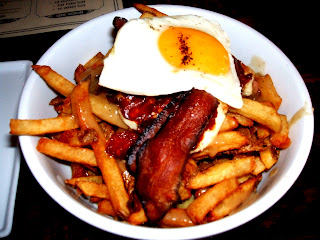 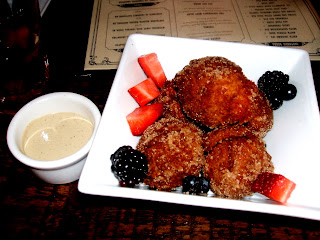 The group started out with a pair of appetizers; spiced doughnut holes with coffee cream dipping sauce and the ever popular poutine disguised as a dish called "Breakfast Mess."  The poutine was delivered first (their cheerful waitress informed them that the dish of doughnuts had been dropped in the back and a new order would be out shortly) and had been decimated in no time at all.  The fries at its base were crisp, the cheese curds had been baked to gooey perfection (the party spent a good five minutes fighting over chunks of the melted goodness), the ham gravy was divine, and even the bacon and egg on top somehow seemed to make perfect sense in the context of the dish.  The doughnut holes came out in no time (in fact, if the servers hadn't mentioned the incident, Brandy and friends would scarcely have noticed their delay) and were devoured just as quickly.  Their crispy interior was ideal, as was their doughy insides.  A little selection of berries had been added to help cut the richness of the fried nuggets.  The only disappointment was in the coffee cream, which had such a subtle coffee flavor that it was practically non-existent. 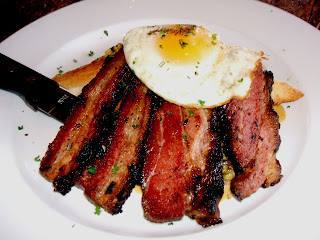 Moving onto entrees, Biscuit quickly eyed up the House Made Bacon, a sort of cured pork belly steak served with creamy collard greens and a fried egg.  The so called bacon was tender, smokey, and incredibly filling.  Biscuit was heard to remark that she could happily continue to eat that pork belly at every breakfast for the rest of her life.  "I might even loose weight eating this pork belly," she said, "Because I wouldn't be able to eat anything else for the rest of the day after having this for breakfast!"  The greens were also a nice surprise, providing a lovely bright contrast to the heavy meat. 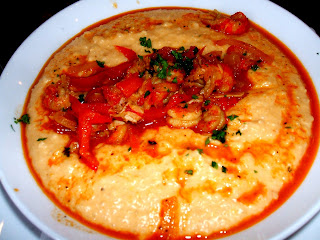 Birdie opted for the Crawfish and Grits (seeing hot sauce in any ingredient list is a sure fire way to draw Birdie's interest).  The grits were a bit loose, but very creamy and balanced with just the right amount of kick.  The crawfish were a bit fishy, but as Birdie pointed out, this was to be expected as they were being served so far away from their homeland in Louisiana. 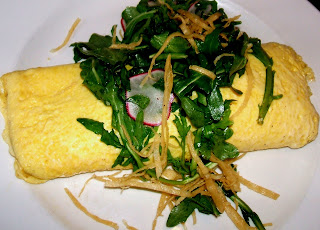 Brandy, who has been avoiding omelets as of late in favor of more unusual dishes, decided on the Roasted Mushroom Omelet, which drew her attention for being the only omelet on the menu.  The eggs were cooked to fluffy perfection and beautifully encased the wonderful variety of mushrooms and creamy pepper jack cheese.  Over the top was a crisp mix of shaved radish, arugula,and crunchy strips of fried cornmeal, which lent an excellent texture to the dish.  The only down side was the slightly odd, bitter after taste, which Brandy suspected was from the grilled radicchio that had been mixed into the omelet filling.

The Southern turned out to be an excellent recommendation from such an unexpected source, with near perfect service, presentation, taste, and quality.  Brandy was so delighted with this little Bucktown gem that after the nere-do-well was released from jail, she decided to treat him to a few more of the house cocktails.  "Forgive and forget is all very well," Brandy always says, "But its hard to do either without a good bit of drink in your system." 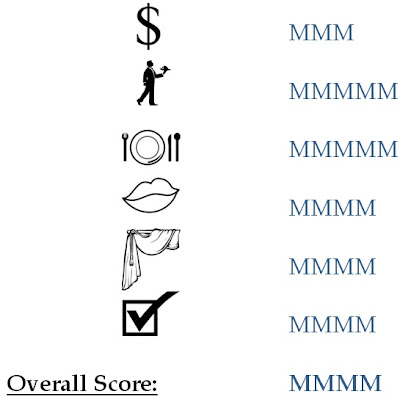