I was invited to a complimentary tasting event by the restaurant. All opinions are my own.

The last time I visited SideDoor (so named because it is literally on the side of sister restaurant Lawry's The Prime Rib) they had just stopped serving brunch. Not for the day, but seemingly for good. They were still offering a decent weekend lunch menu (that included a delectable short rib poutine), so I made the best of it, but I still would have loved to have seen their take on some brunch standards.

Flash forward to 2018 and SideDoor has finally re-launched their brunch service. Carnivores rejoice! Last weekend I was invited to attend a preview of these new menu items along with some other lovely bloggers and Instagrammers, where we passed dishes back and forth across a big table like it was Thanksgiving. But with phones and cameras.

Picking a cocktail was the most difficult task of the day. I went with the Very Classy Affair because I needed an excuse to put my pinkie in the air and gaze appraisingly through my monocle. The drink was made with coconut whiskey (!), banana liqueur, Aperol, and rum and tasted like a tropical Old Fashioned. A bit Aperol forward for my taste, but still enjoyably smooth.

Now, the brunch menu consists of just a handful of dishes, accompanied by a full lunch menu. We got to try all of the brunch items, but also sprinkled in some of the restaurant's standards and top sellers. The standout dish for me was the Horseshoe, a sort of poutine-meets-disco-fries concoction with prime rib, pickled peppers, a fried egg, and cheese sauce. Sloppy, spicy, and meaty; just want you want to cure a hangover. The Biscuits and Gravy were also quite good, having been made with a rich prime rib gravy (sensing a theme here? They really like prime rib!). The ham and cheese omelette was pretty standard, but I really enjoyed the spinach mushroom omelette. Score one for the vegetarians, I guess! Lastly was the singular sweet dish; French toast sticks served with a side of raspberry sauce and chocolate sauce. This is the type of thing you would want to order for the table to share, as it was the perfect respite from all the meat-focused dishes. 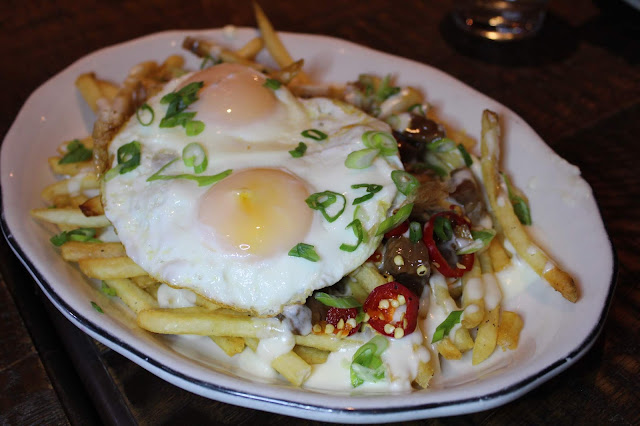 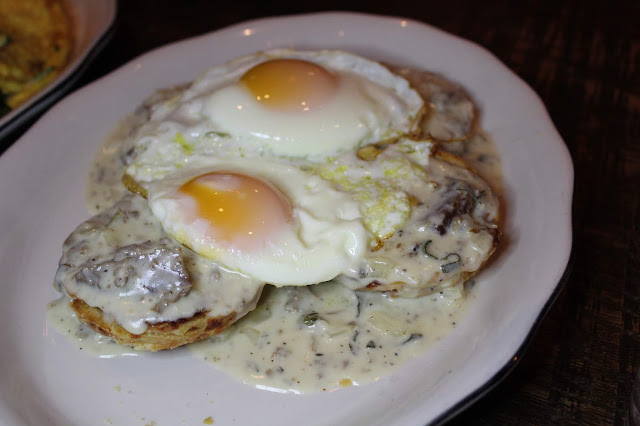 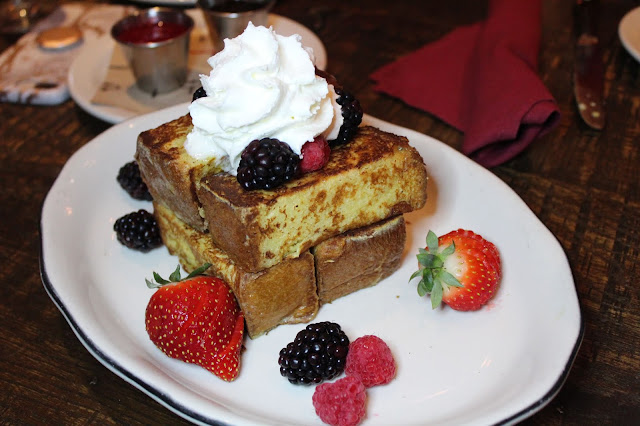 A flurry of dishes from the lunch menu then hit the table. Some amazingly fresh oysters, a delicious potato gnocci with apple and pork belly, and a baked mac and cheese with a garlic streusel were gobbled up almost immediately. I also got to try small hunks of the prime rib sandwich (one of my favorite items of the day) and the surprisingly spicy smoked pastrami sandwich. The show stopper, though, was the twice roasted BBQ ribs, which looked like they had been carved out of the belly of a mastodon. 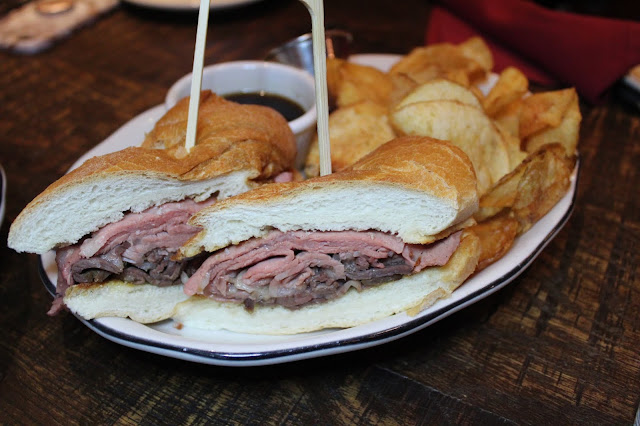 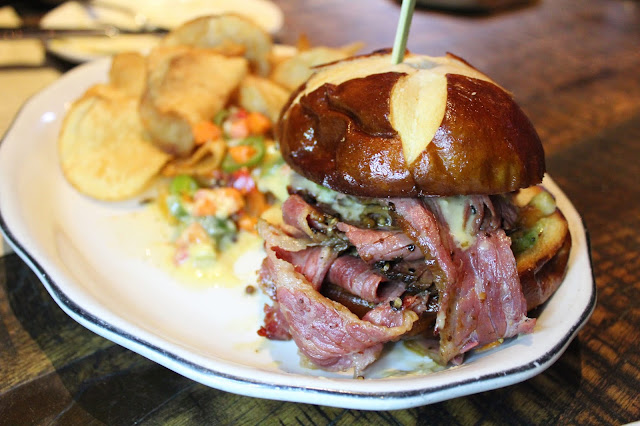 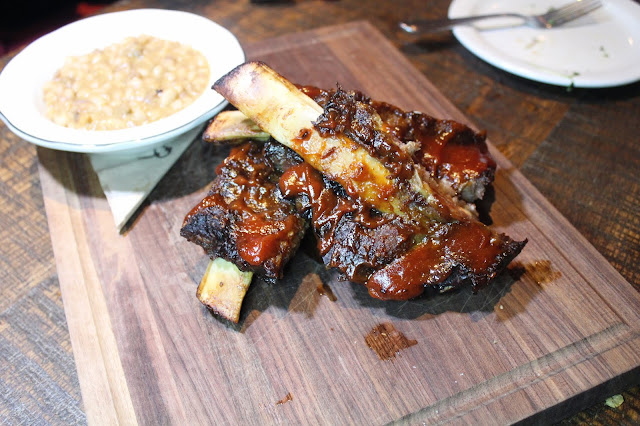 And now the sad part of the story, ladies and gentlemen. I had arrived for brunch early and decided to buy tickets to a showing of Bohiemian Rhapsody at the movie theater around the corner. I excused myself from the event with about 15 minutes to go before show time, thinking they couldn't possibly be bringing out any more food. Much to my chagrin, I discovered later that I had MISSED all the desserts! Ah well. I instead had the sweet, sweet syrup that is Freddie Mercury's voice to satiate me. And now I have a legitimate to return to SideDoor one more time!
Posted by Bunny and Brandy at 12:59 PM