Disotto or The Proof is in the Foccacia 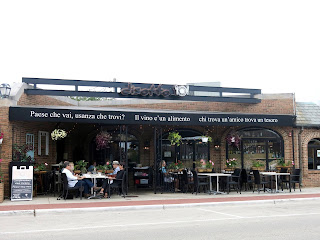 "I'm never moving house again," Brandy sighed as she collapsed onto her sofa. Looking around at her newly acquired kingdom, she observed that the subjects of her domain mainly consisted of boxes, bags, and large balls of unusable packing tape. "I've certainly accumulated quite a lot of... stuff," she said, looking down at her dust covered hands. "I think I need a little break from all this. Yes, a nice loooong brunch break is definitely in order." 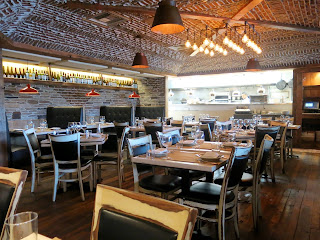 She decided to venture a little ways out of the city to visit Disotto, a casual Italian restaurant situated on an idyllic street in the heart of Highwood, where diners could take a seat on the beautifully landscaped patio and watch the trains go by, or sit inside and admire the stunning plaster work ceiling, which gave an air of warmth and comfort aided by the exposed brick walls and the worn woods used throughout the restuarant.

Jumping right into the food, Brandy started off with something quite unassuming that ended up being one of the most extraordinary dishes she's had in quite some time; the Foccacia di Recco. What looked to be a simple flatbread was actually a thin and chewy foccacia stuffed with warm, fresh ricotta. The experience of biting into that beautiful bread and suddenly having a mouthful of creamy cheese was indescribably marvelous. Atop the bread was the slightest sprinkling of flaked sea salt and on the side was a hunk of soft, luscious honey comb, which meant that the bread could go either sweet or savory, depending on one's tastes. "This is pure magic," Brandy sighed, and even though she had more food coming, she was genuinely distressed when she saw she had no more pieces of bread. 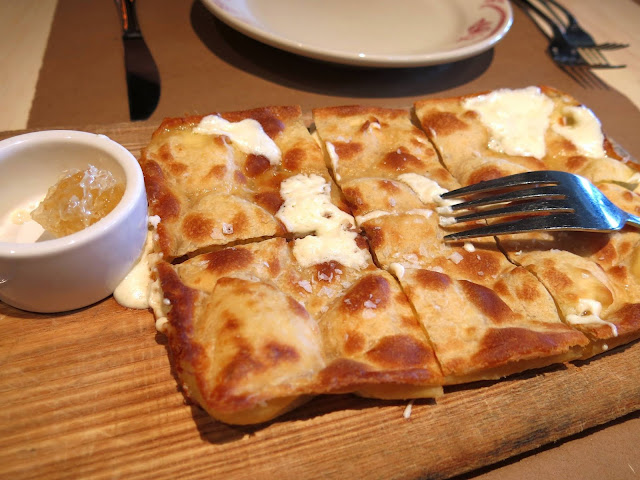 Moving on to something a little more substantial, Brandy dug into a bowl of Steamed Mussels. These particular sea creatures had been dowsed in a white wine sauce and spiced with n'juda sausage. The result was a flavor rich in umami, lots of garlic, and just a little hint of heat. The mussels were a little on the small side, but they were very tender and meaty, which was met well by the bits of white wine and garlic scented spinach scattered around the plate. 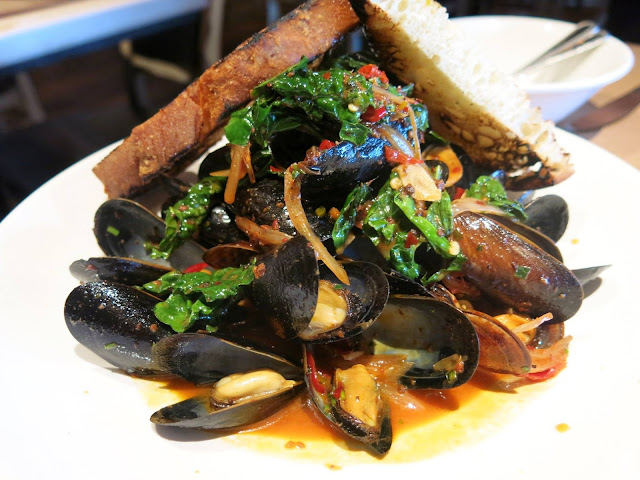 For her entree, Brandy ordered a croissant sandwich, which came dressed with an over easy egg, butterkase cheese, a bit of arugula, and two strips of peppered bacon. The sandwich was a little too floppy to be picked up and eaten with one's hands, so Brandy resorted to a fork and knife. The bacon had a nice crunch and lots of peppery notes to provide the melody to this symphony of breakfasty flavors, but the smooth and subtle cheese got a little lost in the mix. Brandy also could have done with a little more vegetation on the sandwich to accompany the arugula, like perhaps a slice of tomato to brighten things up. The croissant was just substantial enough to stand up to the other ingredients, yet it remained buttery and supple. The potatoes on the side were also very pleasant, having been cut into rounds and crisped with a little herb and cheese mix. 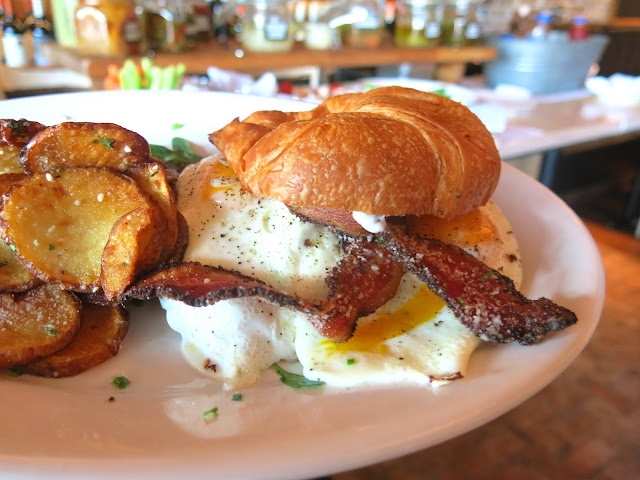 Finally, Brandy ended her meal with a plate of Bombolini; freshly fried little donut-like confections that came covered in sugar and served with a warm chocolate sauce and a fruit sauce. The little dough balls had an almost eggy interior with a slight lemon flavor, which Brandy found unusual, but rather delightful. The chocolate sauce was rich and bitter sweet, which was matched perfectly when alternated with the fruit sauce, which had a bit of acidity to it and a strong berry flavor. 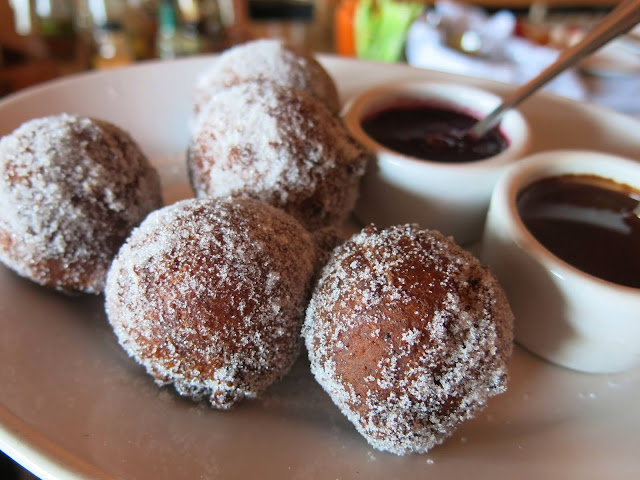 Sighing sadly as she finished the last dregs of her coffee, Brandy starred out the window at a train that was drifting across the tracks outside. With such warm, relaxed service and reasonable prices at Disotto, she was almost hesitant to return to the city, where a simple breakfast sandwich can sometimes run upwards of $18. "If only I didn't have unpacking to finish up, I'd stay here and order about three more plates of that foccacia," she said to herself, "Ah well. There's always next weekend, I suppose." 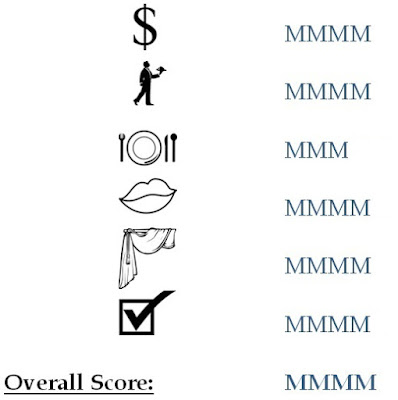 Posted by Bunny and Brandy at 1:05 PM