Other than brunch, there is no other cuisine that gets Bunny and Brandy as excited as classic Italian fair. "It's all about the freshest ingredients, the thoughtful preparations, and the amazing skills needed in the kitchen!" fawns Bunny. "Not to mention the pasta, the cheeses, and the wines," echoes Brandy. Indeed, in Bunny and Brandy's opinions, there's no better way to spend an evening than in deep conversation with friends over several courses and a few glasses of some sort of beverage or other. It is long nights such as this, spent sipping wine and sampling many a Tuscan or Sicilian or Roman dish late into the pre-dawn hours, that originally forced Bunny and Brandy to become such frequent brunchers in the first place! 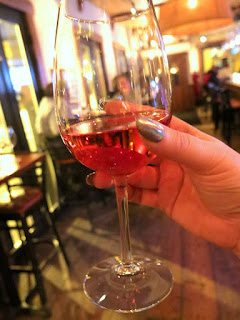 Because of their collective love of Italian food, a few recent events at Davanti Enoteca and Mia Francesca caught the eye of Bunny and Brandy. Firstly, Davanti Enoteca was hosting a series of wine dinners, designed specifically to show off some more interesting varieties of Italian wine along side specially created dishes in their signature rustic Italian style. Each dinner included six courses, complete with wine pairings for each course for $65 (a real steal in Bunny's opinion). Luckily, Bunny just happened to be passing through Chicago on the very night one of these dinners was being held, so she stopped into the Little Italy location for a night of food, drink, and new friends.

Dinner at Davanti Enoteca was as extraordinarily rich and diverse affair. The first course consisted of two amazingly flavorful crostinis (one topped with riccota, tomato, and basil and the other topped with chicken liver mousse, roasted beets, and a cherry mostarda), which was paired with a bright and dry prosecco. Next came a beautiful bowl of seafood in a spicy tomato broth. Bunny positively adored every bite of this bold and flavorful dish, even using the charred bread served on the side to sop up every last drop. This dish was paired with a really unique 2012 Scarbolo Pinot Grigio Ramato XL, which had a beautiful rosy color so intense (from the extended skin contact of the grapes placed in stainless steal barrels) that Bunny immediately ordered a set of luggage in the same shade. Then, things lightened up with a citrus scented salad with grapefruit segments, candied hazelnuts, and a meyer lemon vinaigrette, which was matched with a fruity 2015 Pala I Fiori Vermentino from Sardinia. Rich flavors returned in the next course, which consisted of a short rib stuffed angnolotti in a porcini demi-glaze with cave aged pecorino cheese. The Vietti Barbera d'Asti Tre Vigne 2014 it was paired with held it's own with a red berry flavor and a dry, smooth finish. The last savory course was a perfectly roasted lamb loin accompanied by roasted root vegetables and a mint salsa, The lamb was paired with a 2012 Aglianico del Vulture Synthesi, which had notes of dark fruits and licorice, matching well of the herbaceous salsa. Finally, the meal concluded with an extraordinary espresso caramel torte, which was more luxurious cream than anything, and went perfectly with a sweet and light 2005 Vin Santo del Chianti Classico that Bunny could have continued to sip happily for the rest of her life. 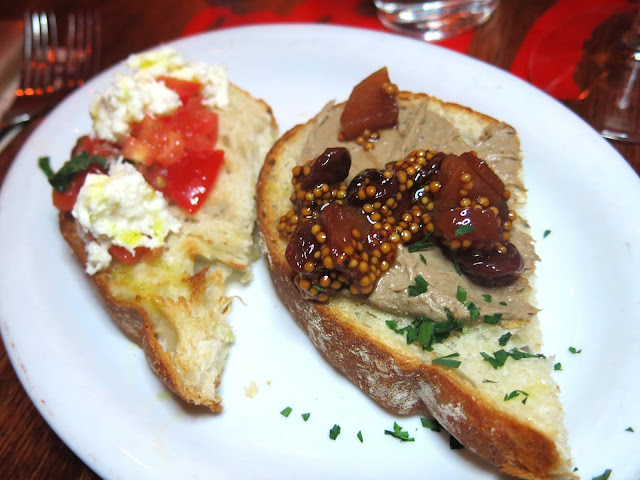 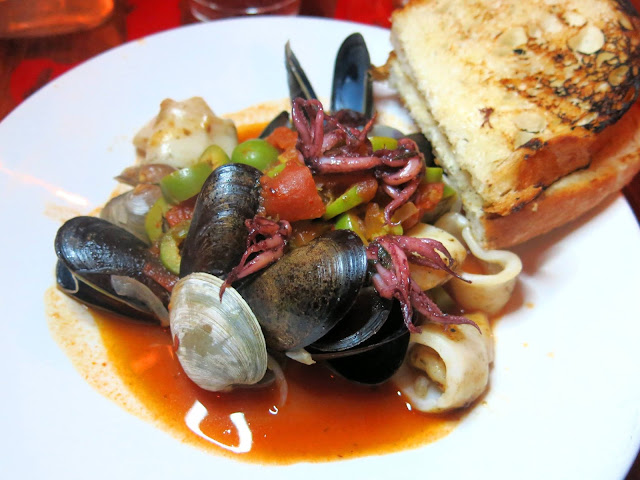 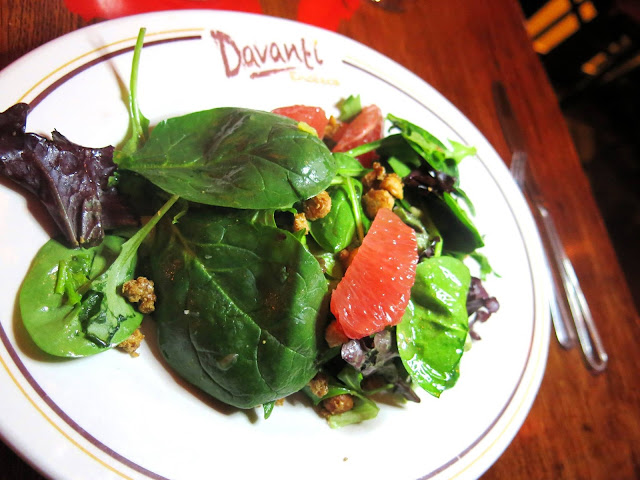 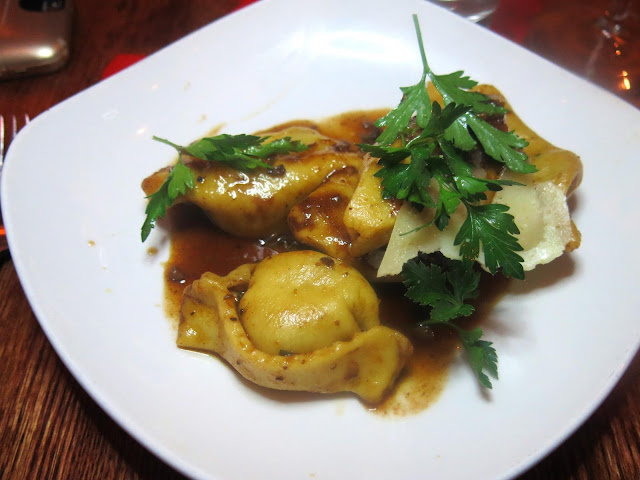 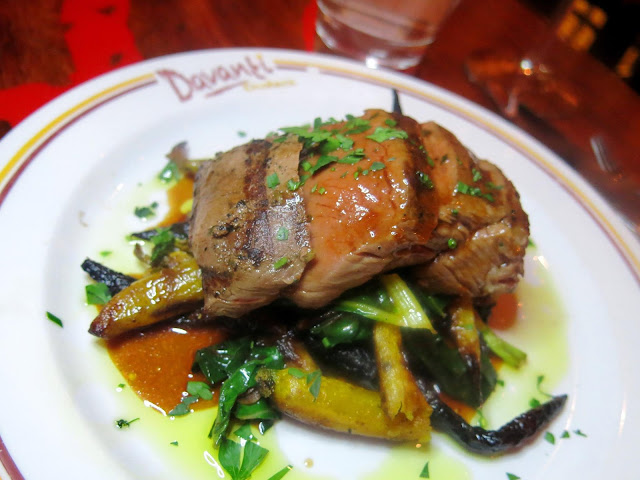 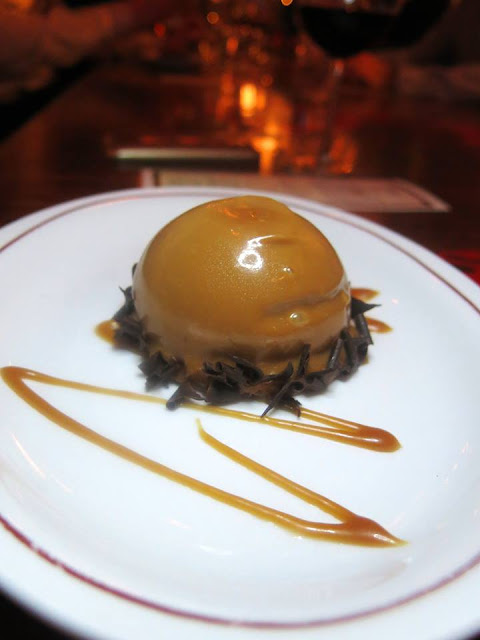 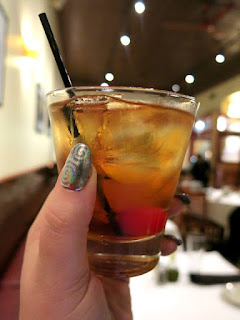 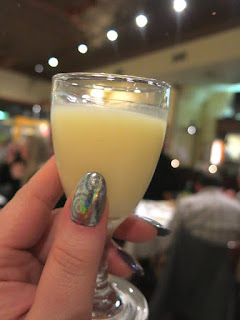 Brandy, on the other hand, was more intrigued by Mia Francesca, who were celebrating their 25th anniversary at their original Clark street location with a special month long throwback menu from when they first opened in 1992 (in fact, on February 27th, Mia Francesca's is even throwing back their prices to what they were in 1992). This neighborhood staple had long been a favorite of Brandy's, so she was curious to see how their ever changing menu of seasonal Italian favorites looked all those years ago. "At my age, 25 years is simply a blip on the timeline," she said as she sipped a pre-dinner Old Fashioned, "But in restaurant years, 25 years ago was practically the stone age!" She decided to start off her meal with a plate of Beef Carpaccio, which came lightly dressed in capers, mushrooms, lemon juice, diced tomatoes, olive oil, and Parmesan cheese. The delicacy of this dish delighted Brandy, as no one flavor over took the salty and savory beef, which had been sliced impossibly thin. Next, she picked out a classic favorite of hers, a Caparase Salad. "I'm not really a huge fan of raw tomatoes for one reason or another," she mused, "But whatever tomatoes they use at Mia Francesca are consistently tasty and never watery. I'm amazed by them every single time." She followed that up with a plate of Linguine all'Arlecchino, a pasta dish jam packed with shrimp, scallops, clams, and garlic in a slightly spiced tomato sauce. The fresh pasta combined with the perfectly cooked seafood was certainly filling enough to be an entree for most normal people, but Brandy was determined to have a real Italian style feast, so she then ordered the Vitello Sassi; veal medallions in a brandy sauce with artichokes and wild mushrooms, which was so impossibly tender and flavorful that she practically moaned after each bite. Finally, Brandy ended her meal with a slice of decadent and rich Tiramisu, accompanied by a really unique creme style limoncello from Chicago Distillery. 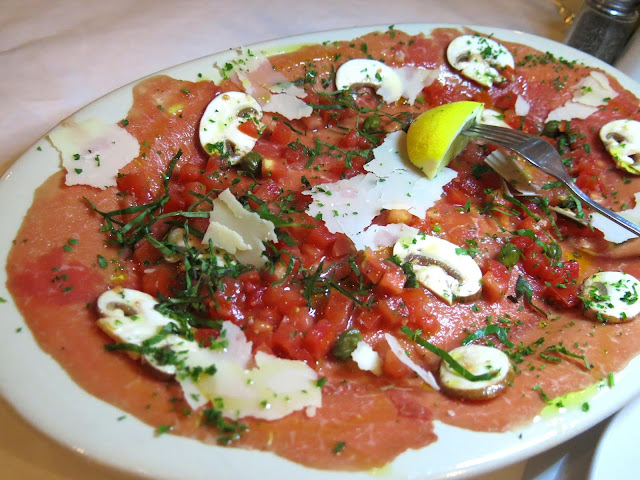 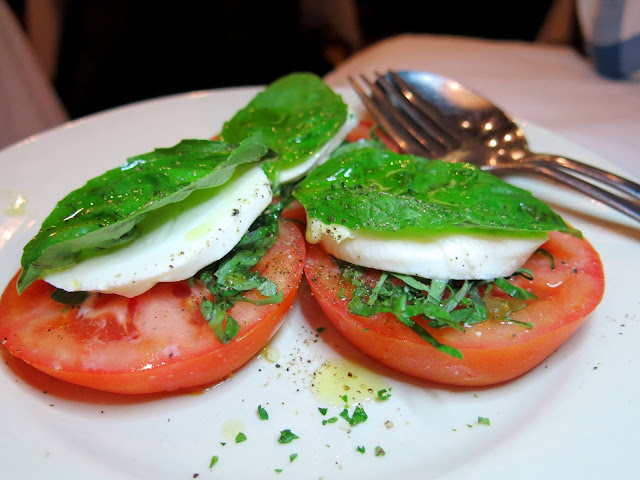 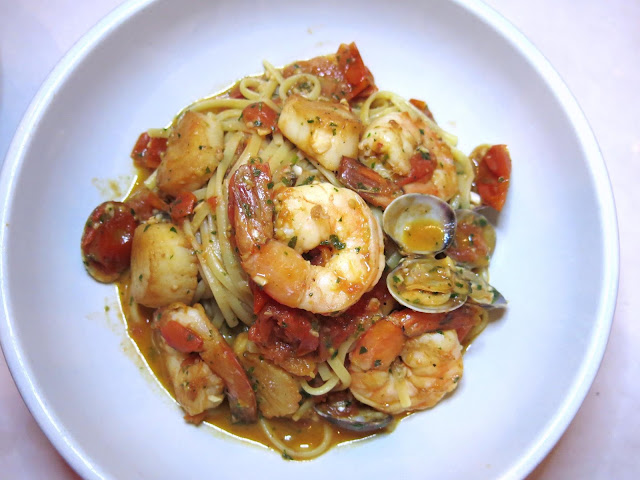 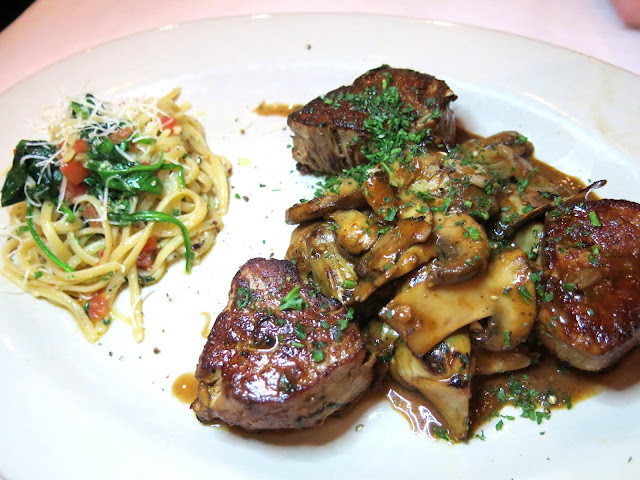 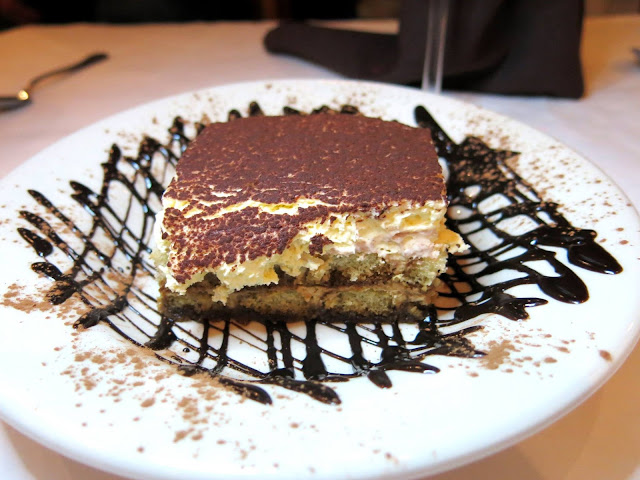 Bunny and Brandy compared notes on their individual Italian indulgences, and proceeded to argue about who had the most extravagant and delicious meal. "There's only one way to settle this," said Brandy after several hours of pointing and counter pointing. "And we both know what that way is," said Bunny, raising her eyebrow, threateningly. "We'll have to go back to both restaurants for brunch!" they pronounced in unison.

The writers of this blog were invited to dine at the restaurants mentioned in order to facilitate the writing of this post.