Osteria la Madia or This Pig is on Fire 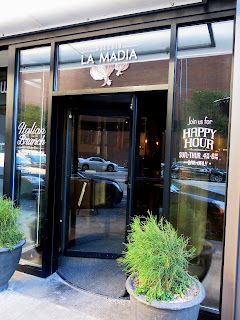 I've had an idea!" Brandy's friend Brocco proclaimed one day.  Brandy inwardly rolled her eyes, all too aware of what one of Brocco's brainwaves could mean.  "You know how athletes consume all those sports beverages with electrolytes and the bars filled with protein powders?  Well, what if someone combined the two to make the ultimate power bar?!"  "Electrolytes and protein," Brandy mused, "So you mean bacon?  Because electrolytes are salt and protein is meat, so... salty meat?"  Brocco considered this.  "Why not?!?!" he exclaimed, "Everyone loves bacon!  I'll make bacon protein bars!"  "The thing of it is, deary," Brandy explained, "Bacon is pretty hard to improve upon.  Come on, let's go to brunch and I'll show you what I mean."

Brandy chose Osteria la Madia in River North, an Italian inspired eatery, famous for its wood fired pizzas and house made pastas.  Though an established spot, they only recently launched a brunch service, which offers both a la carte or prix fixe options. 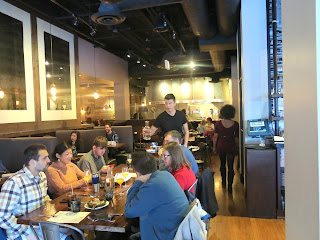 Osteria la Madia had a relaxed, sophisticated feeling to it, maintaining a fine dining atmosphere while remaining unpretentious.  The long, narrow-ish dining room was dressed in dark woods and lighted by just a few windows at the front, which made for a slightly darkened space that normally wouldn't have been noticeable at a dinner service.  The small bar at the front of the house and the open kitchen at the back made the entire space feel lighter and more open. 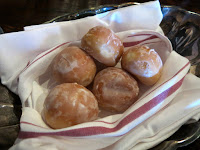 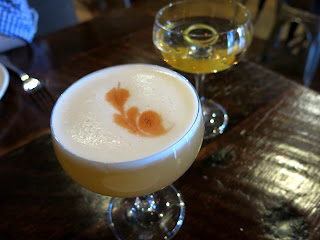 The eating began before the pair had even placed an order with a basket of fresh honey glazed donut holes from Firecakes (Osteria la Madia's sister restaurant), which Brandy was happy to see,  After satiating their sweet teeth, the first order of business was of course some drinks.  Brocco started off with a Negoni Blanco, which was pleasantly sweeter than he had expected it to be.  Brandy opted for the Italian Pisco Sour, which was rather tasty as well with a nice foamy egg white top and a subtle zingy mixture below.  Later in the morning, Brocco tried the Bitter Italian Lemonade while Brandy sampled a Belini with fresh white peach puree, both of which were fresh and fruity tasting.  Above all else, Brandy and Brocco were rather pleased with the care that had gone into the balancing and garnishes in the cocktails, making them not just classics jazzed up with little touches, but truly something original. 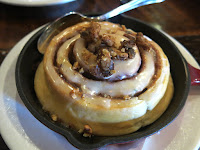 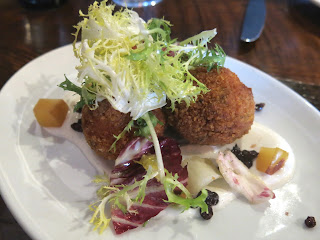 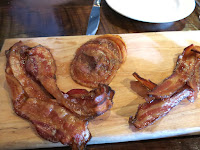 After the drinks were squared away, Brandy and Brocco ordered a trio of appetizers.  First up was the Potato Fritters, a unique take on a croquette served with a tangy yogurt sauce, frisee, and seasonal fruits.  The fritters themselves were tasty and familiar with a light and crispy outside and a soft, velvety interior, but the little touches of sweetness from the fruit and the creamy sauce made the dish very unique.  The other starter they sampled was the Brioche Cinnamon Roll, a massive pastry that arrived warm and gooey in a cast iron skillet.  The flavor of the pastry was buttery and plenty sweet, while the texture was a bit on the dry side, but still tender, and with a nice crunch provided by some toasted walnuts.  "Now, I think you need to experience the glory of bacon in its natural form, "Brandy said to Brocco as the Bacon Board, a collection of three different bacons made its way to the table, "Just try each one of these and tell me if you think you could make this better than it already is."  The Bacon Board included some smokey strips of Nueskes, a delightfully chewy D'artagnan, and a house made pancetta, which had an excellent crunch that Brocco especially liked.  "I see what you mean," Brocco said, liking his fingers clean of any bacon remnants. 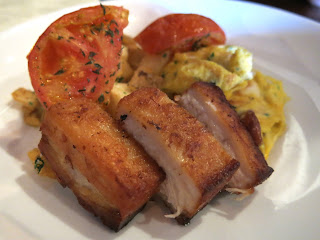 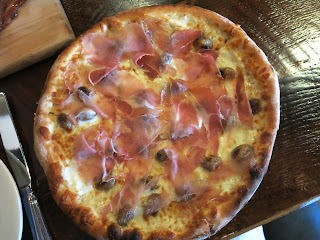 Adding to the pork products on the table, Brocco ordered the Crispy Pork Belly as his entree.  Along with the titiliar pork belly, the dish came completed by some scrambled eggs with melted mozzerella, roasted tomatoes, and crispy house potatoes.  The pork belly itself was fatty and lucious with a nice crisp coating on the outside, but the eggs and potatoes were nothing to sneeze at either, both being very well prepared and flavorful.

Brandy went for something a little more unusual; the 3 Hour Roasted Grape Pizza with Taleggio cheese and shaved prosciutto, "So we can round out the holy trinity of ham," as she put it.  As Osteria la Madia was largely known for its wood fired pizzas, it seemed only appropriate to try this intriguing dish, and Brandy was hardly disappointed.  There was a nice mix of sweet and savory in the pizza with the slightly pungent cheese, the pops of juice from the grapes, and the delicate saltiness of the prosciutto, all held together by the chewy, thin, slightly charred crust.  "It's such a different kind of pizza," Brandy raved, "I don't know that I've ever had anything quite like it, especially not for brunch, but it just makes so much sense!  Sweet, savory, chewy, crispy... this pizza has all my favorite things about brunch in every bite!"

After consuming pretty much every type of salty, cured meat in the house, Brocco finally had to admit that he couldn't think of a way to improve upon what hundreds of years of culinary know how had already accomplished.  But while basking in the warm aftermath of the friendly and relaxed service, lots of hearty, carefully prepared dishes, and quite a few cocktails, Brocco seemed to have had another idea.  "Alright, if I can't improve on the electrolyte and protein delivery system bacon and its brothers already have, then maybe the secret is in packaging and marketing!" he exclaimed, "Imagine if we took slabs of hand cut bacon and sold them as nutritional meal replacements?"  "If you did that, I think you'd suddenly see a lot of formerly svelte athletes gaining a lot of weight and filling out legal forms against you with some very greasy fingers," Brandy replied. 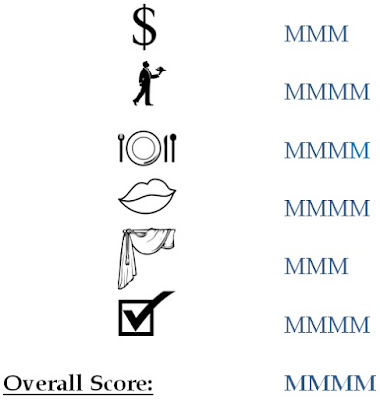