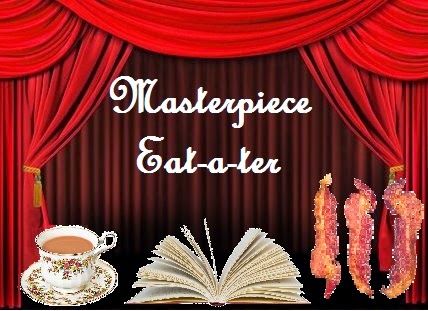 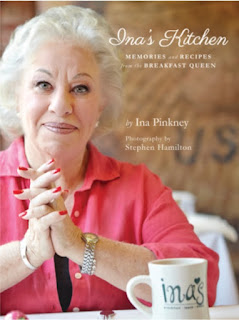 If there is one person in this world that could deserve the title Queen of Breakfast more than Bunny or Brandy, it is most definitely Ina Pinkney.  Since Ina closed down her signature restaurant in 2013, there has been a hole in the Chicago brunch world that no amount of bottomless mimosas and make-your-own-Bloody-Mary's can fill up.  Her influence is still felt so strongly that other chefs have put her dishes on their brunch menus in memorial to that once sacred bastion of breakfast that was Ina's, but there really is nothing like the thought and love put into everything by the great lady herself. 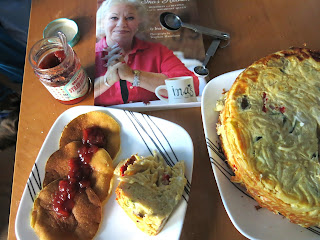 This is why when Brandy heard that Ina's 2013 cookbook (published around the time she closed her restaurant as a sort of farewell to her fans), Ina's Kitchen: Memories and Recipes from the Breakfast Queen, was going to be re-released in paperback, she realized that this was the way for her to recapture some of Ina's magic for herself.  "I have one requirement of this cookbook," Brandy said as she handled the volumn, "I want the recipe for those Heavenly Hots!  Please, in the name of bacon, eggs, and all that is holy," and upon opening the book, the pages, as though turned by a divine hand, flipped right to that sacred recipe and Brandy was sold (or rather the book was sold...to Brandy). 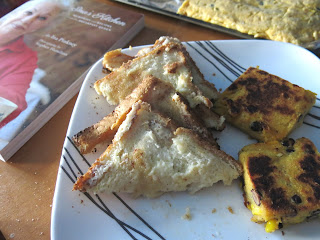 The book, as Brandy found out, was actually half cookbook and half memoir with Ina spinning her life story, from her humble beginnings in Brooklyn in the 40's and 50's, learning a love of food from the men in her life (her father and both grandfathers), to her taboo defying marriage to an African American man in the 60's, and of course her move to and love affair with the city of Chicago in the 70's. 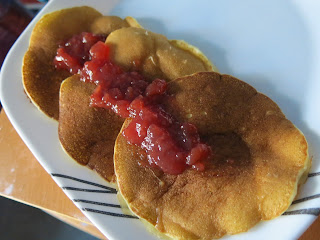 The casual way the recipes were written made Brandy feel as if she were actually following the hand written recipes of a friend rather than a polished publication, and the pictures, while gorgeous, weren't overly staged as to look unrealistic.  Brandy simply had a ball working her way through all of Ina's classic American comfort foods, from the Northeastern specialty that is Scrapple (a corn meal cake, sort of like polenta, that is browned in a skillet) to the decadent Baked French toast and the show stopping Pasta Fritatta, a dish so huge that it was cooked in a spring form cake pan.  The recipes were amazingly easy to follow with stunning results that actually looked like the pictures in the book, a feat Brandy has rarely ever managed to accomplish.  Best of all was of course the recipe for those treasured Heavenly Hots, which were so simple to prepare and so delicious that many didn't even make it to the serving platter, as Brandy kept repeatedly "testing" them. 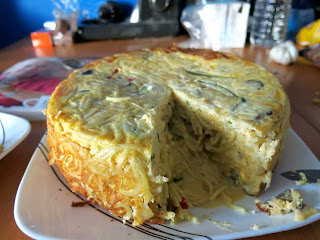 Because she wanted to share a little bit of the joy in Ina's creations, Brandy selected for her readers the Gingerbread Pancakes, a dish so comforting that it tastes like Christmas on a plate.  Try out the recipe to see just how easy and amazing Ina's recipes are, and then make sure to pick up the book in its original hardback or the new paperback version.

The writers of this blog were sent a copy of this book in exchange for an honest review. 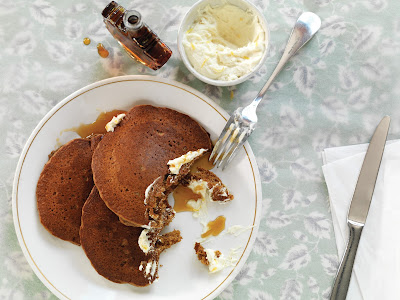 PREPARATION
1. Sift all dry ingredients together in a large mixing bowl and stir vigorously.
2. Combine all wet ingredients and mix until well blended.
3. Stir wet ingredients into flour mixture and blend well without overmixing.
4. Heat non-stick pan or griddle over medium-high heat and brush with oil.
5. Pour ¼ c. of batter onto the griddle for each pancake.
6. Cook until bubbles appear on the tops—about 3 minutes. Turn over and cook about 1 minute more.
7. Place pancakes, uncovered, on an oven-safe platter in the oven until all pancakes are made.
8. I serve these with a lemon cream. Fold your favorite lemon curd into whipped cream until you reach your desired level of tartness.

NOTE: You can find potato starch (not flour) in a box in the Jewish food section of your supermarket. It might also be in the natural food area.

Reprinted with permission from Ina’s Kitchen by Ina Pinkney, Agate Midway, 2015.
Posted by Bunny and Brandy at 11:01 AM