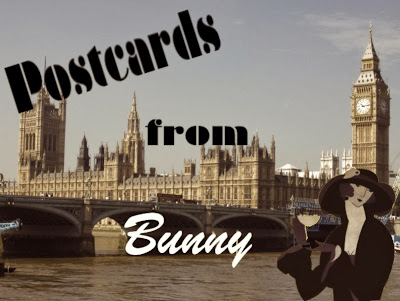 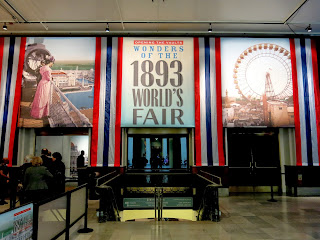 As we all know by now, our dear Bunny is constantly on the move these days, helping her husband Benedict to excavate the tombs of ancient kings, the bones of ancient creatures, and the pottery of ancient barns all over the world.  Naturally, work like this has given Bunny a real appetite for history, and as she has been missing Chicago while she's off traveling the globe, her down time reading material as of late has all been about the infamous 1893 World's Fair.  Held in honor of 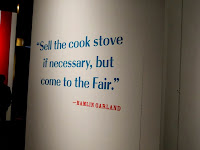 the 400th anniversary of Christopher Columbus's voyage to the New World, the Chicago World's Fair, as it was known colloquially, was the event of the century, giving Mid-westerners a glimpse of international cultures,  advancements in the worlds of science and technology, and bringing music and art from all realms and ages to the mainstream public.  Typified by the infamous White City facade designed by Daniel Burnham, The 1893 World's Fair marked the beginnings of the modern age by introducing such novel ideas as a fully electrified kitchen (including an automatic dishwasher), not to mention the debut of brands still famous, such as Pabst Blue Ribbon, Hershey's Chocolate, and Juicy Fruit Gum. 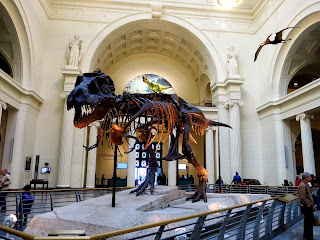 And so when Bunny learned that The Field Museum in Chicago, which itself had it's origins at The World's Fair, would be opening its vaults and bringing out some of the wonders that were first displayed in 1893, she couldn't resist a return trip to Chicago, and the fact that De Cecco Pasta, in honor of their Gold Medal win in 1893, was hosting a lunch to open the exhibit was just the icing on the proverbial cake. 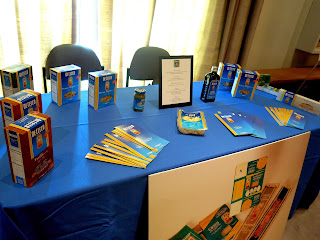 The then little known Italian company known as De Cecco Pasta won their gold medal at the Chicago World's Fair for superior manufacturing, color, and firmness after cooking for their dried pastas.  As the company was a little under 10 years old at the time, the gold medal really brought them to the forefront of the culinary world for the first time, and they've yet to climb down from those heights. 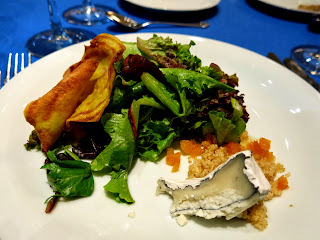 Upon arriving at the Field Museum, Bunny was first ushered into the Founders Room at the back of the complex; a quaint but lovely space that was dotted with various artifacts and crowned by an impressive chandelier.  Drinks were passed around as well as a few hors d'oeuvres before the beautifully dressed tables were presented with some velvety soft bread, fruity olive oil, and a wonderful quinoa salad. 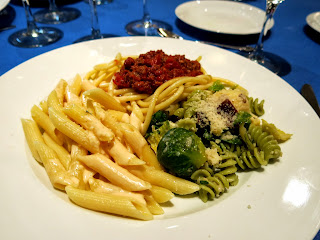 The main course was a trio of De Cecco Pasta delights: Fusilli with Brussel Sprouts and Cauliflower, Bucatini with an Herbed Meat Sauce, and Penne Rigate with a Shellfish Cream Sauce.  Its hard to believe, but Bunny absolutely loved all three.  The pasta had been cooked to al dente perfection (which is helped by De Cecco's choosiness when it comes to the wheat they use as well as the low drying temperature, which enables the pasta to cook evenly), and because De Cecco uses old fashioned bronze dies so that the pasta has more texture, the sauces were able to cling on and coat the pieces. 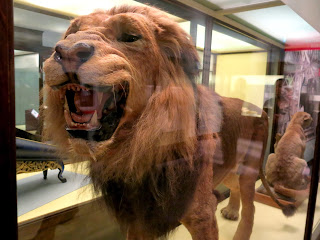 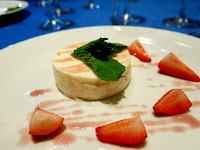 After a dessert of vanilla panna cotta, Bunny was finally able to tour the exhibit itself.  She marveled at the wildlife displays of stuffed lions and seals which represented some of the first examples of modern day taxidermy, ogled the various preserved flora and fauna in their original apothecary jars, delighted in the sparkling and majestic crystals on display, and frolicked in the artifacts from different cultures who had been present at the World's Fair. 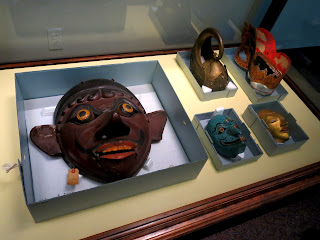 Bunny cannot recommend a visitation to the World's Fair exhibit at The Field Museum enough, especially to history buffs like herself.  "It's overwhelming sometimes to think of all the feet that have trodden the ground before us," she says, "And that it is those footsteps that should never be forgotten, for they are what created the roads we walk on."  Then she promptly tripped over a pot hole while crossing Michigan Avenue and cursed every Mayor Chicago has had for the last 150 years.

Opening the Vaults: Wonders of the 1893 World's Fair is open at The Field Museum now until September 2014.  To see more pictures from the event and the exhibit, make sure to visit Bunny and Brandy's Facebook Page.
Posted by Bunny and Brandy at 10:20 AM