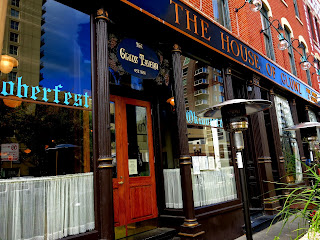 There is nothing that amuses Brandy more than when Americans express worship for anything antique, vintage, retro, or old.  "Nothing under 200 years old deserves the sort of reverence Americans place upon it.  I've seen items in antique stores that can't be less that 25 years old!" Brandy has been known to chastise, "Nothing labeled as an antique should be made of plastic.  Period."  When she sees such reverence bestowed on some of the older buildings in the city, her patience is no thinner.  "If it was built by a man who knows what a pair of trousers looks like, then its not ancient enough for me to care about," she says.

It was this everyday annoyance that was on the forefront of Brandy's mind when she decided to visit Glunz Tavern in Old Town for a quick brunch one windy weekend morning.  She'd heard the tale of the place, how it had been founded in 1888, closed in the 1920's, and then re-opened in 2012 by the granddaughter of the original owner, and how the neighborhood absolutely revered its newly found 125 year old neighbor.  "A century a a quarter, eh?" Brandy scoffed sceptically, "I've stayed in castles that would laugh in the face of a century!  We'll just see about this so called piece of history." 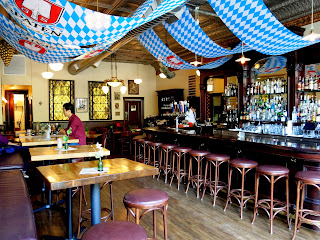 Inside Glunz Tavern the style was Old World German with a high tin ceiling and fabulous dark woods on the bar, tables, and chairs.  Soft jazz music played lazily in the background, bringing a vision of a prohibition era speakeasy to mind (funnily enough, the original Glunz Tavern had closed down just before the Prohibition Act nearly 90 years prior and had stood empty ever since until it was reopened last year).  Glancing at the menu, brought to her by a well dressed young man, Brandy could see that the warm and comforting options available perfectly matched the cozy atmosphere.  "Makes me almost long for it to be snowing outside," she mused," Just so that I could spend the day watching it flutter past these beautiful windows." 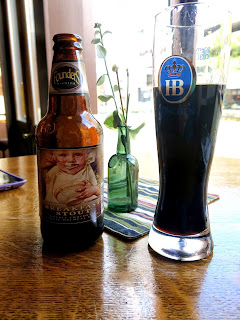 Upon seeing the drink menu, one option in particular practically leapt off the page; Founder's Breakfast Stout.  "I've been drinking stout at breakfast for years and all I've ever heard is grief!" Brandy harrumphed, "At least now I'm justified!"  The beer was a light tasting oatmeal stout which had been infused with coffee.  It had a sweet aroma, a very smooth finish, and a little more carbonation than one usually finds in a stout.  "All those young people today with their smoothies and designer cappuccinos," she moaned, "Well they can have 'em!  This is my new morning pick me up." 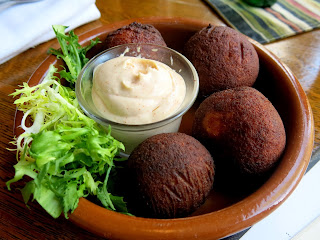 To start off her meal (and justify drinking so early in the morning) Brandy chose the Arancini.  They arrived perfectly golden brown and upon biting, the crispy coating gave way to a soft ball of tomato and basil spiced rice and melty cheese at the very center.  The Arancini also came with a zesty aioli for dipping which helped to cut the richness of the little fried delights.  Brandy loved how the snacks kept their density and didn't crumble apart, as after several more breakfast stouts she was beginning to lose her normally graceful mobility. 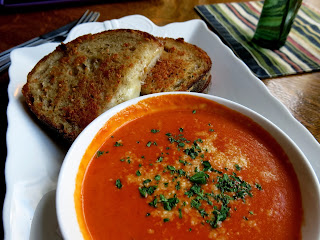 After that Brandy ordered a Grilled Cheese Sandwich, which came with a side of creamy tomato soup.  The sandwich itself was made on crisp, buttery bread that had been coated in shredded parmesan cheese for an extra hit of salty goodness.  Inside, the sandwich was stuffed with melty, gooey white cheddar and caramelized onions which added just the slightest touch of sweetness.  The soup was incredibly light and airy with an almost cheesey note that carried over from the sandwich.  Quite happily, Brandy dipped and dipped again her sandwich into the soup until there were simply no more reasons to continue taking up the peaceful little table at the window.

Brandy was quit pleased with her brunch at Glunz Tavern, taking away not only a full gut, but a warmth in her heart.  "Chicago may not have the breadth of history we have over in Europe, but that doesn't make little places like this any less authentic, I suppose.  I might as well have been sitting in a tavern in Berlin just now," she said as she clumsily packed away the knitting supplies she'd brought with her, "Except that there were no actual Germans in there.  And no one was speaking German.  I also didn't have any German food.  Or drink.  Come to think of it, that was even better than sitting in a tavern in Berlin!" 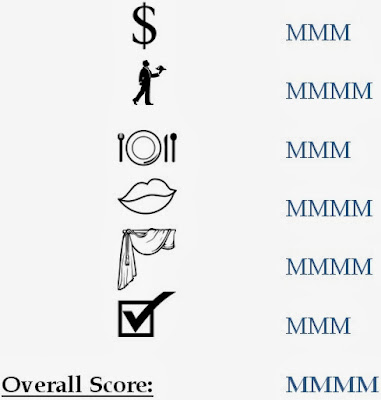