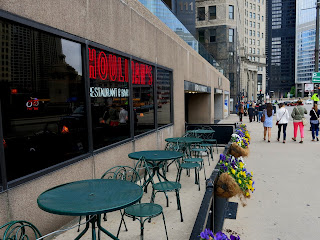 The elephant in the room when it comes to brunch is always the buffet.  It's usually cheap.  It has all the classic options.  Its easy.  Its quick.  But what you are getting in time saving, gut busting, penny pinching goodness, you are usually sacrificing in quality.  Dried out bits of pancake, greasy bacon, frozen fruit, and stale bagels are just some of the staples of a typical brunch buffet, but sometimes there are gems amidst the ruble, like carved to order meats, smoothie bars, or even the occasional make your own Bloody Mary station.  As Bunny and Brandy have shown in the past, a buffet can be amazing for the right price, or it can be a disaster for a bargain. 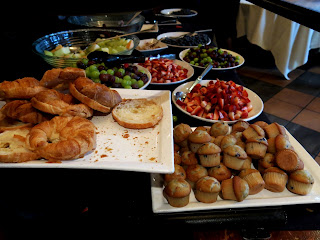 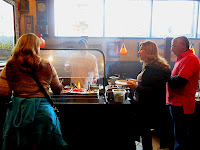 But as Brandy discovered this past weekend, there is a way to make that touchy buffet brunch into something rather enjoyable.  Chicago Riverwalk Tours offer what they call the "Brunch Walking Tour" in the heart of The Loop for about $45, taking guests on an informative and entertaining walk through the city, pointing out various sights of interest and sharing trivia that even natives might not have known, pausing briefly in the middle to enjoy brunch at Houlihan's, just off Michigan Ave and Wacker. 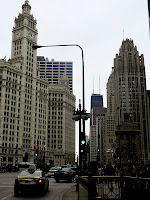 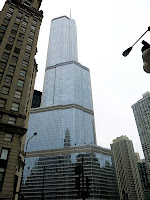 The first half of the tour is definitely enough to build up an appetite, which is why Brandy was a little sceptical that Houlihan's buffet would be enough to power her through the end.  Though a little overly crowded with out of town tourists, the lines at the buffet tables moved along fairly quickly, and the servers did their best to keep a constant supply of fresh things supplied to the masses.  There was a decent spread provided with all the usual fair, such as yogurt, French Toast, scrambled eggs, sausages, hot and cold cereal, etc.  It was nice that there did seem to be options for every taste in the mix, including a customizable omelet station, but the biggest let down was that drinks were not included in the price of the brunch!  Even a simple cup of coffee was an extra $2.75, which caused Brandy to do such a mighty spit take that patrons all over the restaurant thought a leak in the ceiling had suddenly sprung. 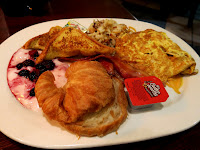 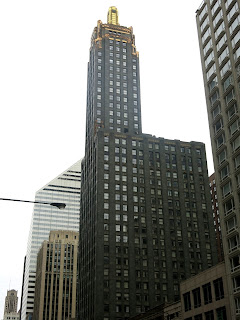 After finishing at Houlihan's, the group once again set off on the rest of their adventure, which ended an hour later at the Macy's (old Marshall Fields building) on State Street.  Brandy learned lots of fun things that day and is officially now obsessed by the Carbide and Carbon Building (current home of the Hard Rock Hotel) after learning it was designed to resemble a giant champagne bottle.  Take that, prohibition!
Posted by Bunny and Brandy at 9:40 AM