Sandwich Me In or Peace, Love, and Lunchmeat 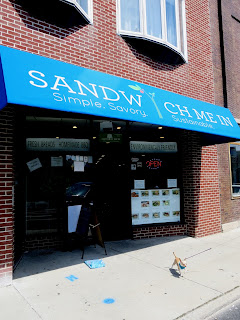 For most who lived through the 1960's, it was a time of great excitement and change, whether it was the music, the fashion, or societal norms at large.  But for Brandy, it was a time of extreme annoyance, as for most of the decade, she lived in a small flat next door the famous Abbey Road Studios.  Many a night she was robbed of sleep by some roundy bunch of musician, chattering and laughing away in the street as they exited from their latest recording session, often times still strumming their guitars or drumming on trash can lids.  "Oy!  You kids out there!" she used to shout from her window, "Didn't you make enough noise while you were in the studio?  Hush up!  And stop blocking the crosswalk!"  So well known was she as the neighborhood grump that often the bands would perform impromptu concerts of love songs outside her window in an attempt to woo her sympathies (which worked more often than not).

It was a warm spring day in Chicago when Brandy was suddenly and abruptly reminded of that period in her life when she heard the sounds of a familiar song drifting through the air.  "That's what those four young hairy blokes used to play outside my window," she mumbled to herself as she wandered towards the music.  Eventually she found herself outside of a friendly looking cafe called Sandwich Me In, from which the music had been wafting through the open door. 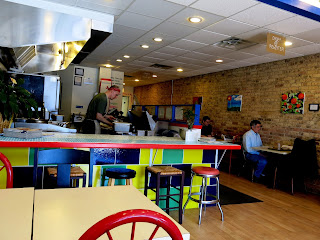 Inside was a happy mix of exposed brick walls and wonderful pops of color.  The quotations on the walls drew Brandy's attention immediately, especially one from a member of The Grateful Dead.  It was this she was starring at, and not the menu, when a voice asked, "Have you been here before?"  Brandy shook her head and was gently informed by the smiling man behind the counter that everything they served was locally sourced, organic, and 98% of everything on the menu was made in house. Impressed, she placed her order and grabbed a seat near the open door to enjoy the music that had first grabbed her attention.

Quite quickly, the smiling man brought over a tray of food to Brandy's table, including a piece of Bread Pudding.  "It's our one year anniversary special," he explained, seeing the amazement on her face, "Every dine in order comes with a complimentary slice."  What he didn't know was that Brandy had intended to order the bread pudding from the start, but had been too dazed by the myriad of delicious items on the menu, and had just resigned herself to going back up to order it once she had finished her sandwich. 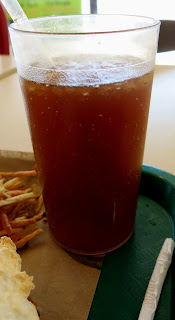 First off there was the Vanilla Cola.  Normally Brandy wouldn't find a soda remarkable (indeed, she usually doesn't even order the stuff) but the fact that this was made completely from scratch intrigued her.  She found that the drink had a earthy, herbal taste to it, and not the syrupy sweetness she had expected.  There were notes of licorice and rather than cola, she thought it reminded her a little more of root beer.  Never the less, she found it very refreshing and the perfect accompaniment to the food. 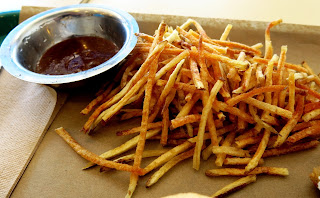 As her side, she had chosen the Shoestring Chips with BBQ Sauce.  She found the little pile of potato pieces in front of her to be an excellent compromise between more traditional potato chips and French fries, being crisp and eternally snackable.  The BBQ sauce that accompanied them was also wonderful, with a great clean flavor that left just the littlest bit of sweetness lingering on the tongue. 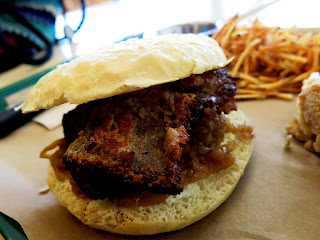 For her sandwich, Brandy had chosen the Country Fried Steak, and from one end of the bread to the other, she was instantly in love.  To begin with the middle, the steak had been coated in a homemade cracker crust, providing a perfectly light crispness.  The steak itself was tender, plenty moist, and was accompanied by a nice hit of sweetness from some caramelized onions and a creamy blue cheese that somehow managed not to overpower everything else.  Even the bread was delightfully soft, but held together under the weight of all the fillings. 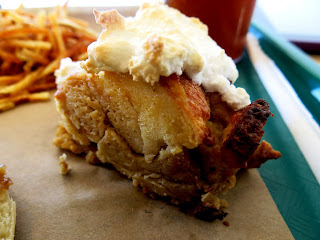 Lastly there was the Bread Pudding, which came topped with a little dollop of toasted meringue.  Brandy found the dessert to be soft and buttery with a caramel like flavor.  It was almost more salty than sweet, but Brandy didn't seem to mind and soon gobbled the whole thing into non-existence.

At an unbelievable price of $12 and change for everything (as the dessert was free), Brandy decided to spend her leftover pocket money at one of the record shops down the street, buying up anything she spied with the words "Recorded at Abbey Road Studios" on the back. 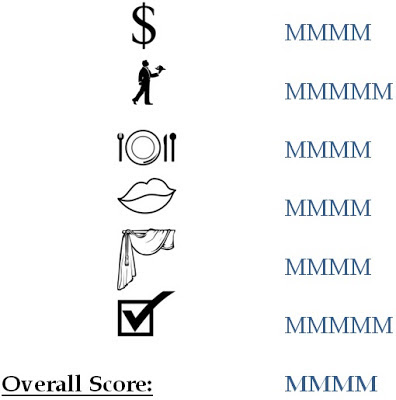