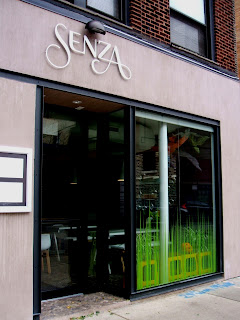 The whole "gluten free" trend has been perplexing Brandy lately, mainly because it has never been so fashionable to have a food allergy.  "You don't often see a menu proclaiming to be 'peanut free' or 'shellfish free' do you?" she has questioned understandably from time to time, "What if I want gluten? I don't like the idea of it being taken away because it bothers someone else's constitution."  Brandy is what you might call Gluten Free Intolerant.

Having the legendary Mama Bee, owner of Honey Bee Bakery, in town this week, Brandy knew she would have to find some place special, as the honey maven had come to expect nothing less.  "Oh, and I have recently discovered I am sensitive to gluten, so if you could take that into account, I would appreciate it," said Mama Bee during a recent phone conversation.  Brandy, not thrilled with the idea of missing out on some gluten-y goodness, began doing a little research and found the newly opened Senza, a new American style restaurant serving up both enticing plated dishes as well as fresh baked goodies and artisan coffee drinks, all of which are certifiably gluten free. 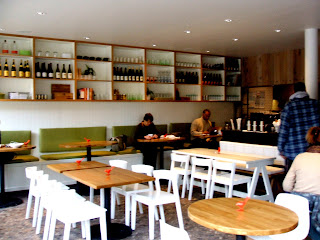 Brandy and Mama Bee just loved the interior of Senza right off the bat.  Bright pops of lime green and orange made the place light up with positive energy, while the warm woods and scattering of plant life made it feel comfortable and airy.  The setup was definitely not what Brandy had expected; rather than being greeted at the door by a host or hostess, customers were required to walk to the back of the restaurant in order to survey the menu and place their order, then seat themselves at whichever picnic table or banquet they wished. "Unconventional for such a high end place, yes, but it keeps things moving along, I supposed," Brandy commented. 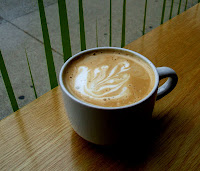 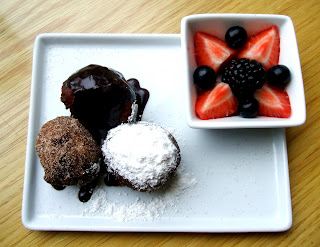 The ladies decided to start their meal off with a couple of Lattes (vanilla for Brandy and hazelnut for Mama Bee) and a plate of Beignets.  Having been given the choice of several toppings, Brandy had sided with Powdered Sugar, Cinnamon, and Chocolate ("Was honey not an option?  I'll need to have a word with them about that," said Mama Bee when the plate was presented).  The beignets were rather dense and chewy, but in a good way, with a nicely crisp exterior.  Brandy's personal favorite topping was the cinnamon, but Mama Bee preferred the sticky sweet chocolate. 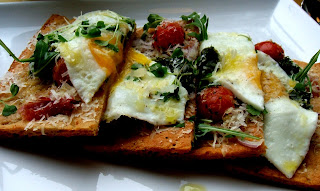 Mama Bee had chosen the Flatbread for her entree, which came topped with a little pecorino cheese, Parma ham, chimichurri, and egg.  The dish had crisp, clean flavors, being meaty but not heavy, and with some tomato to provide freshness.  Mama Bee did find the dish a tad awkward to eat, as the bread was too hard at first to cut through easily, but the pieces were too messy to pick up and eat. 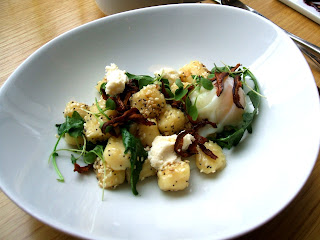 Brandy chose the Everything Gnocci, served with fresh ricotta cheese, arugula, crispy shitake mushrooms, and an egg.  The gnocci were quite delicious, with a good sear on the outside that, along with a coating of sesame seeds, gave them a little texture, and an incredibly light and airy interior.  The mushrooms were particularly delightful and the cheese lent an unexpected brininess to the dish.  The egg was cooked very softly and delicately, but Brandy was a little disappointed that the yolk wasn't runny, as she had hoped it would serve as a kind of sauce to the otherwise dry, but very flavorful plate of food.  While initially disappointed in the size of her portion, Brandy did find the dish rather filling and rich.

In the end, Brandy completely forgot all about her missing gluten and happily sipped away the rest of her latte, listening to Mama Bee extol the virtues of orange blossom honey over clover honey.  A shared starter, two coffees, and two entrees set the ladies back less than $40, which brandy regarded as quite a value, and she considered splurging a little more on some of the decadent looking pastries in the display case that the front of the restaurant, but decided against it, as she didn't want to hear another lecture from Mama Bee on what type of honey they would be best served with.  She also became a tad suspicious of Mama Bee's gluten sensitivity when later at dinner, the woman ordered a full bowl of semolina based pasta.  In her defense, Mama Bee insisted that her gluten sensitivity was generally worse in the morning, especially after watching lengthy reports about gluten allergies on morning talk shows. 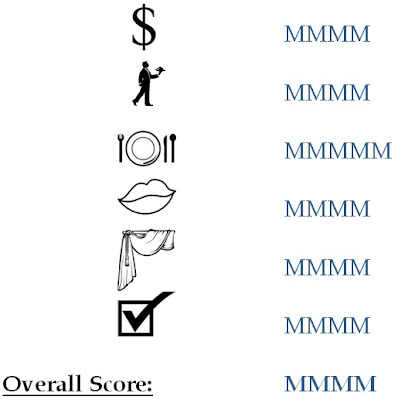 Posted by Bunny and Brandy at 9:46 AM