Valentino Vineyards or A Day in Wine Country 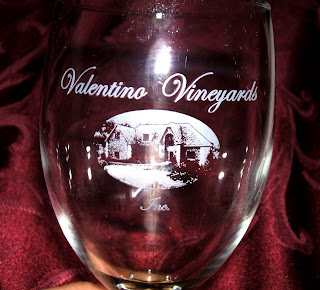 Greetings friends of Bunny and Brandy!  Before we begin with our regularly scheduled blog post, we have exciting news for all of you!  At 2:00pm CST today, Bunny and Brandy will be giving away a Brand New Nescafe Dolce Gusto Coffee Machine as a special holiday treat for our loyal readers!  To win this lovely miracle of caffeinated engineering (which Bunny and Brandy previously profiled in this post), simply log into this space at 2:00pm CST today to find out the specifics.  And now for this week's post:

Today we have a bit of an unusual review for you, dear readers, in that you will not see a single piece of food in it!  That's right, today's post is about a lovely "liquid brunch" Brandy attended.


Outlandish, we know, but this all started when Brandy's dear friend Bailey Blue phoned her up and asked her for some company at a wine tasting at a vineyard in Long Grove.  "A vineyard in Illinois?" Brandy exclaimed, one eyebrow firmly raised in suspicion (it took 20 years just to convince Brandy that good wines were to be found in California, let alone anywhere else in the USA).  "You must trust me on this.  It's going to be a lot of fun!  Plus...you get to drink wine on a Sunday morning without looking like a lush," Bailey insisted, and other such assurances eventually persuaded Brandy into joining her. 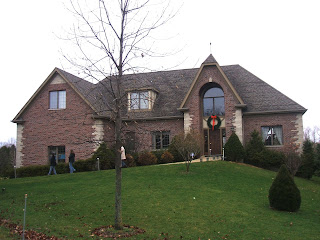 The two arrived at the long driveway in front of Valentino Vineyards in Long Grove, IL just after noon, or as Brandy calls it, "The Glass Lifting Hour."  The beautiful winery sat in the middle of the 20 acre estate, surrounded by winding rows of grape vines and other lovely foliage that gave one the feeling of being in the middle of a Christmas card before the snow had been painted in.  Once at the main house, Brandy reported feeling as though she was entering someones house (as indeed she was, as the winery also played home to its founder and owner, Rudolph Valentino DiTommaso, and his family.  The tasting room and wine shop was in what seemed like a converted kitchen that overlooked the back of the estate, which housed even more grapevines and a marvelous little pond where we're told weddings are regularly held.  Brandy, who was still sceptical, but wasn't going to turn down a drink, took her seat with Bailey at a table in the back of the room and awaited the presentation by Rudolph himself. 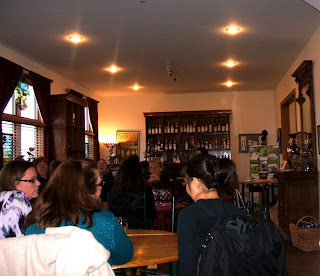 Leaning casually against a wall as though he was telling an amusing story to a house full of distant relatives, Rudolph explained how his viticulturalism began as a hobby he'd learned from his Italian grandparents, then grew to a reality after purchasing the 20 acre plot of land, originally for development of custom built houses.  He explained with great joy the differences between the variety of grapes he grew and how through a long, laborious, and expensive process his winery had just been certified organic.  Then came the part Brandy had been waiting for, the tasting. 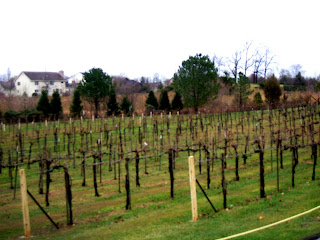 First up was a Seyval Blanc 2006 (retail $37 a bottle, special price $15), a white wine made from a rare grape hybrid.  It's appealing deep golden color hinted at its nutty and appley notes, which Rudolph mentioned goes very well with dishes like sushi and lemon chicken.  The mouth feel was incredibly smooth and the finish pristine. 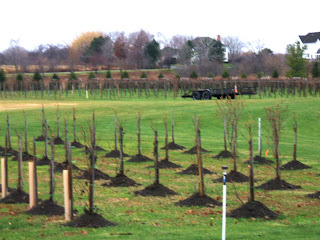 Next came the Bianca 2005 (retail $33, special price $19), which was more full bodied than the first wine.  Brandy got a sort of caramelly/burnt sugar taste when she tried this wine, which she especially liked.  Rudolph suggested pairing it with spicier dishes like Thai curry.  Bailey mentioned that this lovely wine was her favorite of the day and later bought a bottle of it to take home with her. 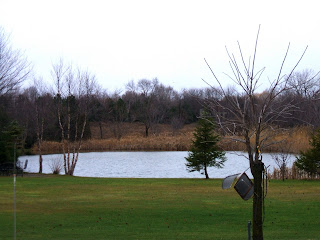 Then came the Signature Red 2006 (retail $66, special price $47), a smooth and subtle wine that Rudolph said would go with a simple salt and pepper steak.  The flavor of this wine was just too lacking for Brandy, who likes something a wee bit stronger, especially in a red. 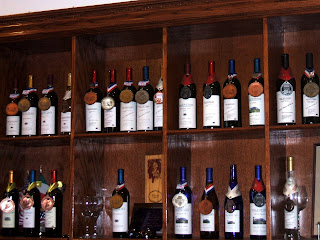 Following that was the Dechaunac 2006 (retail $63, special price $ 46), which was a touch sweeter than the previous wine, with hints of bright red fruits.  Food parings for this wine were said to be salmon, turkey, or anything peppery or grilled.  Apparently, this wine had won an International Medal, to which Brandy responded, "Well I have an Olympic Bronze in Curling, but you don't see me wearing it to wine tastings."  Bailey politely tried to explain that no one in the room was in competition with the wine, not even Brandy. 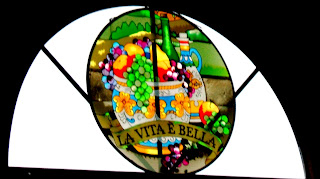 The Marechal Foch Reserve 2005 followed (retail $54, special price $39), a burgundy style wine with a deep garnet color.  This was Brandy's favorite of the reds, as it had a deep earthiness with hints of black cherry and just the tiniest bit of chocolate.  Brandy found this wine very easy to drink like the others, which was explained when Rudolph mentioned that his wines were low on sufites, thus giving them a more natural smoothness and preventing headaches for those who were sensitive to such additives. 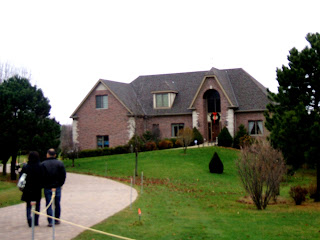 As a bonus, Rudolph threw in his White Port, which Brandy had been eyeing on the wine list (retail $69, special price $49).  Fortified with Cognac, the port had a lovely floral bouquet, and was brilliantly sweet and light with no thick syrupy mouth feel one sometimes gets with red ports.  As with most ports, Rudolph suggested it pared well with fruits, cheeses, and chocolate.  This was Brandy's winner of the day, and she was so impressed with it that she purchased a bottle of their Limone Dessert Wine to sample at home. 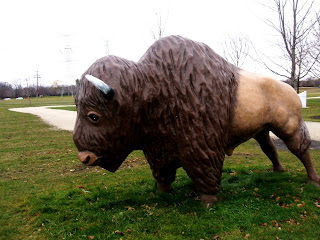 Brandy's worry about an Illinois based vineyard has since been dispelled and she has been raving about this friendly, inviting, and educational visit.  Unfortunately, Bailey was still unable to convince her that wearing a medal to a wine tasting is not the "in" thing to do, unless you are yourself a bottle of wine.


P.S.  You know you're getting close to the winery when the little fellow in this picture appears outside your window.
Posted by Bunny and Brandy at 9:48 AM