Kitsch'n or Camping Out and Up 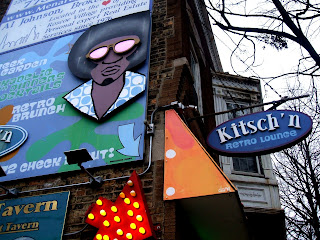 It seems a fairly common thing to attach nostalgia to breakfast more than any other meal.  Most of us have a fond memories of being presented some scrumptious offering on a weekend morning by our parents, whether it was a buffet of French toast, pancakes, and crispy bacon, or a simple bowl of sugar coated, marshmallow dotted, chocolate milk making cereal.  Brandy's own fond memories of her childhood weekend breakfasts (two eggs over easy, a warm buttery crumpet, blood sausage, roasted tomato, baked beans, and a fresh cup of milky tea) have stuck with her throughout the years and definitely influence how she judges a perfect breakfast to this day. 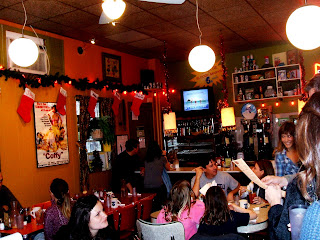 The unfortunate part of this phenomenon is that every single person has a different idea of what those nostalgic breakfasts should taste like.  So when word reached Brandy of the supposed home of nostalgic comfort food, Kitsch'n in Roscoe Village, she placed one eyebrow firmly into the "sceptical" position.  Perennial tag along Biscuit Brown was there to offer the "young person's" perspective (Brandy considers Biscuit to be a young person for the soul fact that she did not live through both World Wars). 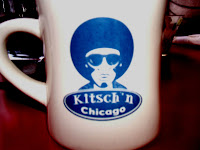 Upon entering, one is quite literally slapped in the face with 70's and 80's nostalgia, from the brightly colored walls adorned with various old toys and advertisements for now extinct beers to the coffee mugs, each emblazoned with the diner's afro-sporting logo.  A short wait of 15 minutes or so passed quickly before Brandy and guest were seated at an accommodatingly large table.  "This is not childhood nostalgia," Brandy said huffily, looking around, "At least not my childhood.  Why I was already getting senior discounts when most of these things were current."  "I think its supposed to just be a sort of general nostalgia for the time period.  I loved the 70's personally.  They used to call me the Dixie Disco Queen," Biscuit retorted, wistfully. 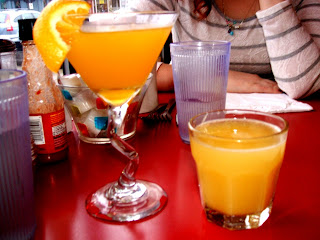 The array of odd sounding brunch cocktails immediately attracted Brandy's attention and she decided upon a concoction called a "Tang-tini," which seemed to be some sort of orange flavored powdered drink mix infused alcohol.  The effect was rather underwhelming once the "kitsch" value was taken away.  Biscuit chose the Deluxe Mimosa, which didn't seem to have any difference to a regular mimosa, but was still pleasantly bright and acidic. 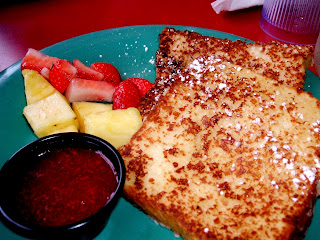 After a rather long wait for food (their friendly bespectacled waitress kindly informed them that a problem with a large table in the back room of the restaurant had held up the kitchen, but that she would be treating them to a round of mimosas to make up for it) their entrees finally arrived.  To start off with, they split an order of Coconut French Toast, which came served with an array of fresh strawberries and pineapple, as well as a raspberry dipping sauce.  The toast was soft and eggy, with just a little texture and sweetness added from the flaked coconut coating.  The dipping sauce was also a nice touch, which helped to cut the richness of the toast. 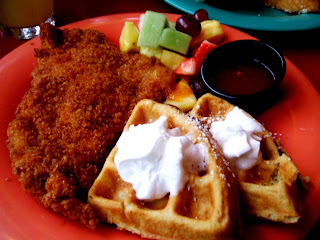 Biscuit's main dish was the Chicken and Waffles, a rather large and flat slab of chicken breast served with a traditional Belgian waffle.  Both elements of the dish was rather bland and under seasoned, though the chicken did have a nice crunch to it (the waffle didn't seem to have anything remarkable about it).  On the side was a sort of delicious honey sauce, which Biscuit really loved. 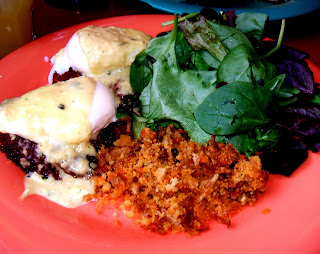 Brandy chose the Crab Cake Benedict, which came served with a cornbread hash and a small salad.  The hash was definitely a nice and unusual touch, tasting rather sweet and spicy.  The salad came undressed, which Brandy thought was a bit odd.  "I'm used to being the only thing undressed at breakfast," she said.  The crab cakes had a good crunch on the outside and were nicely fresh and light on the inside.  The eggs came just the slightest bit over done (no runny yolk on one, but the other was perfect) and the hollendais was unnoticeable.

While Kitsch'n may not have inspired Brandy's sense of nostalgia in particular, it did make for a nice neighborhood stop with a homey feel, or as Biscuit put it "Like a secret hideout in a friend's basement."  Colorful atmosphere matches the colorful plates the food comes served on, and an all over friendly staff certainly makes up for any waiting for tables or food.  Brandy is rather determined to return, if only to sample all of the entertaining sounding cocktails. 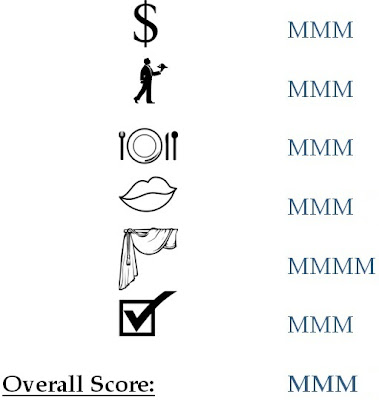 Posted by Bunny and Brandy at 9:36 AM