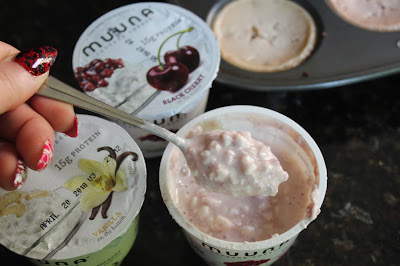 When I was a kid, cottage cheese was one of those things I'd forget I liked. There was always some in the fridge, but my go-to snacks usually involved carbs and sugar and cartoon animals. Then, I'd spy my mom having a few spoonfuls on a Sunday morning and I'd insist on being given some as well, and then I would usually eat it non stop for weeks on end until I once again forgot I loved the stuff. Sometimes we mixed jam into the cottage cheese or crushed pineapple. Once, I slept over at a friend's house and found out that they mixed apple butter into theirs. It was a revelation and to this day is still one of my favorite things to add into cottage cheese.

These days, I'm kind the same way. I forget that cottage cheese is delicious for long swaths of time, then I rediscover it, eat tons of it, and then repeat the cycle. It's a strange thing that I don't entirely understand, but I think it has something to do with the fact that I have to buy the stuff in such large containers. Eventually, I'll finish one off and I just get out of the habit of buying it. 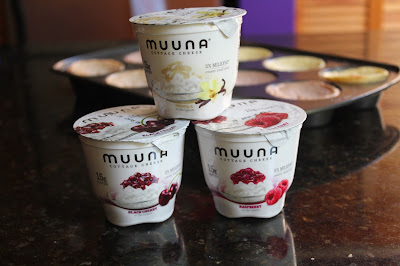 Recently, I was sent three of Muuna Cottage Cheese's new flavors, all of which come in individual cups, sort of like yogurt. I really liked that the serving size was built into this particular cottage cheese, as it spared me from having to guess at how much I wanted to spoon out for myself from those larger containers. The three new flavors were Black Cherry, Raspberry, and Vanilla, all of which I highly approved of. Again, much like a yogurt, the fruit comes at the bottom, ready to be mixed through the extra creamy cottage cheese. This was another advantage over the larger tubs because if I wanted to take some into the office with me for a little protein boost, I didn't have to worry about bringing a jam jar along as well. Even though these were packed with flavor, their sugar levels were still pretty low (9 grams per cup), 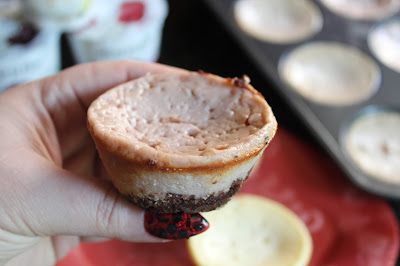 I'd heard about making cheesecake with cottage cheese before, but I'd never tried it myself. I figured that since these cups were already flavored, they might be ideal to give this kind of healthy(ier) dessert a try. I knew I wanted to make the cheesecakes individually sized, just like the cups, and I knew I wanted to give them a chocolate crust. Originally, I wanted to try making the crusts with crushed cereal, but when Trader Joe's failed me (WTF, Trader Joe's at Diversey and Clark? No chocolate cereal? Why?!?!), I picked up a package of brownie crisps instead, and that ended up working out rather well. The result? A surprisingly smooth, light, and flavorful dessert that tastes exactly like it was made with full fat cream cheese!

Definitely pick up some of Muuna's new flavors if you're a fan of cottage cheese, and let me know if you give this recipe a try! 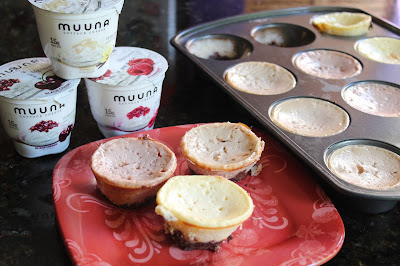 For the crust, crush the brownie crisps as fine as you can get them (you can either smash them in a plastic bag or grind them in a food processor). Add the melted butter to the crumbs and mix well, then distribute them evenly into the bottoms of a non stick muffin tin and press them flat.

Add the cottage cheese and sour cream into a blender or food processor and blend until smooth. Add in the egg, sugar, and flour, and blend again until the batter is completely mixed.

Pour the cheesecake mixture into the muffin tin cups, filling all the way to the top of each cup. Bake in the oven for about 30 minutes or until the filling is no longer jiggly and the cakes are slightly golden around the edges.

Let the cakes cool to room temperature, then refrigerate them over night so that they set completely.

This recipe should make about a dozen and a half cakes, depending on the size of your muffin pan.


Thank you to Muuna for sending me the cottage cheese free of charge in order to facilitate the writing of this post. All opinions are my own and are not influenced by the brands I partner with.
Posted by Bunny and Brandy at 1:50 PM