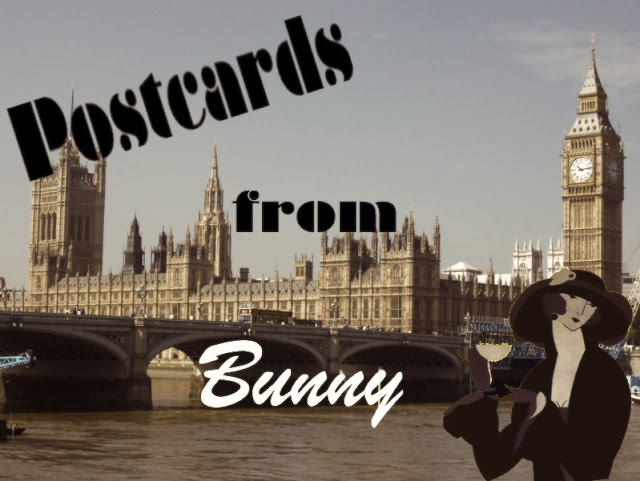 "Where on earth has Bunny been?" we hear you cry, and it's an understandable query, seeing as how she has been mysteriously absent almost this entire year. The truth is Bunny went deep underground late last year, to a place where social media dared not tread. And we mean "deep underground" quite literally, as Bunny has spent the last several months living in the deepest caverns of Spain, Italy, Greece, and all along the Mediterranean, helping her beloved Benedict research the fossils of all the ancient animals that once called them home. "I did start to miss sunlight after a little while," Bunny giggles, "But I don't think I've ever slept better! Also, being so far down that none of my electronic devices could pick up any signal certainly was a blessing and a curse. On the one side, I didn't have to read any distressing news or angry online rants, but I was also cut off from all my favorite food sites! The first thing I did every time we surfaced was to binge on all the delicious food I could find!"

After a while, Bunny actually began to notice something: Even though she was gorging on piles of food as they moved across the continent, she was actually feeling better than she had in ages. She felt spry and alert and light on her feet. Why was this, she wondered, especially when upon returning to the States, she immediately began to feel sluggish and weighed down. Was it that the clean, well balanced eating habits of the people on that side of the world had had such a profound effect on her disposition?

As it turns out, many nutritionists consider the eating habits of Mediterranean people to be some of the healthiest in the world. Dr. Christos Mantzoros, a global obesity, diabetes and metabolism pioneer and Professor at Harvard Medical School, is one of those people, and that is why he recently co-founded a one of a kind meal kit delivery service called Pangea Nutrition, which takes everything about the Mediterranean way of treating food and translates it into an easy to follow guide to healthy eating.

Bunny decided to give this service a try to see if her energy would indeed return to what it had been. The thing she appreciated right away was that she didn't need to worry about any of the meal planning. All of the ingredients for the recipes where ordered by Pangea Nutrition through Amazon Fresh and came straight to Bunny's doorstep. One week's worth of the service included recipes for three dinners and three lunches, all of which had over lapping ingredients to simplify preparation and minimize waste. All that was left was for her to prepare the meals.

The recipes Bunny received consisted of two chicken focused dinners and one salmon focused dinner, with a variety of salads for lunches and some nuts for snacking. All of the dishes were quite easy to create from the recipe cards, though they did take some time to prep. Bunny liked that there was a little bit of room in the recipes and with the ingredients she was sent to add a little more flavor here or there in order to customize the dishes to her personal taste. And because each recipe was built to feed two people, Bunny and Benedict were both able to reap the rewards of the plan.

Over all, Bunny loved the simplicity of Pangea Nutrition. Her one complaint was that she would have liked a little more direction when it came to breakfast. Since the plan only included instructions for snacks, lunches, and dinners, breakfast was sort of left up in the air, and as Bunny had seen first hand, there were plenty of fresh and healthy ways of enjoying a Mediterranean inspired early morning meal. Never the less, Bunny was so delighted with Pangea Nutrition that she wanted to give the chance to try it out to one of her readers!

GIVEAWAY INSTRUCTIONS: Give the Pangea Nutrition Facebook page a like, then visit the Pangea Nutrition Website to make sure Amazon Fresh delivers to your area. Finally, leave us a comment below telling us what you hope to get out of trying Pangea Nutrition (make sure you also leave something like your email address or a social media handle so we can get in touch with you if you win). We will pick a winner around noon CST on Friday June 16th. Good luck!

The writers of this blog were sent products free of charge in exchange for an honest review.
Posted by Bunny and Brandy at 3:04 PM