Ceres Table or The Haunting of the Frog 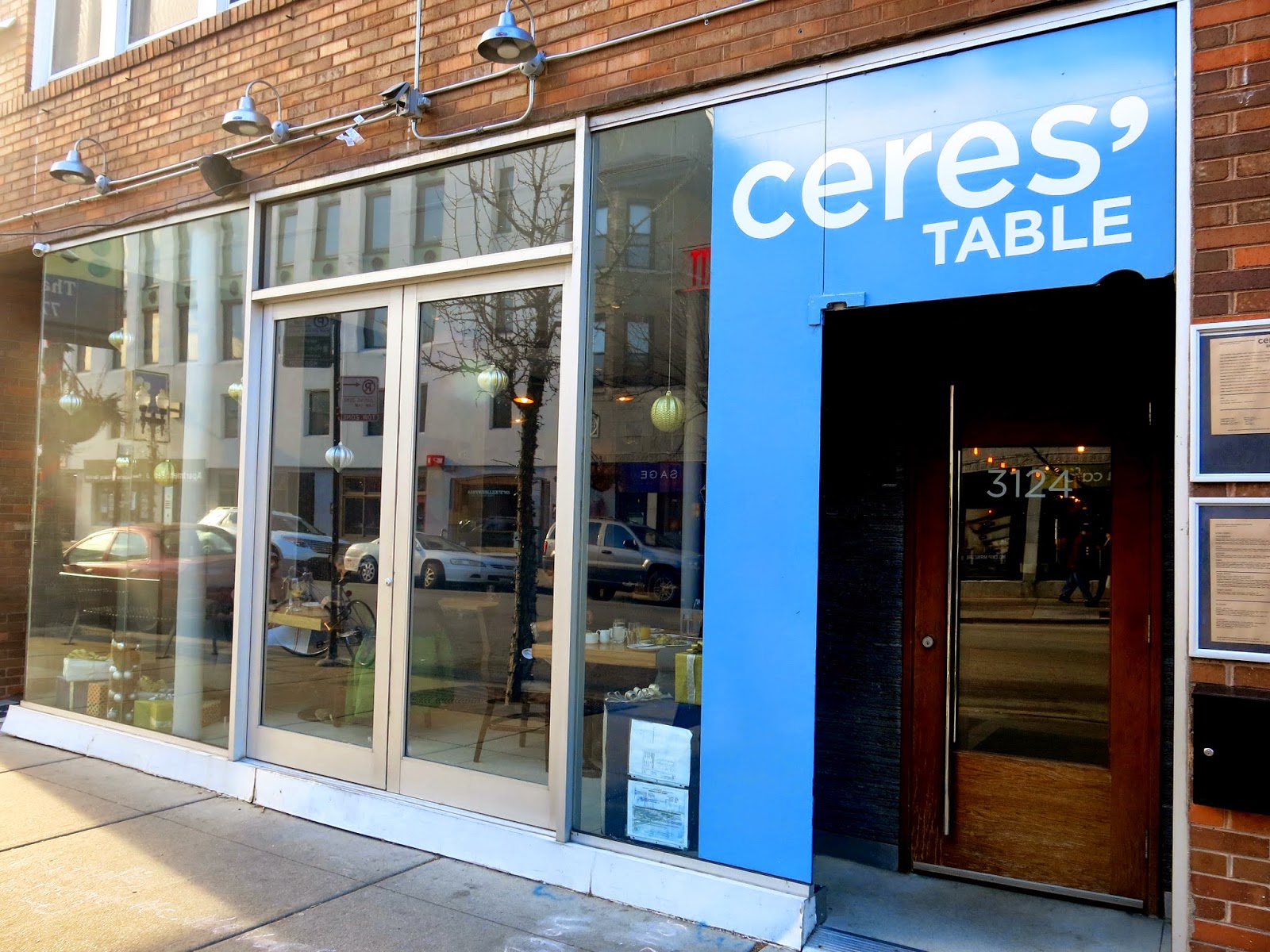 Ever since she became involved in the Chicago food scene, Brandy has been fascinated by just how quickly things come and go.  Year after year she watches as some of her favorite spots disappear from the map as chefs bounce from place to place and spaces are endlessly re-concepted, whether its out of boredom or necessity.  "It does make it hard on me, doing what I do, to recommend places I loved two years ago to people without being entirely sure the restaurant is still there or is as good as it once was," Brandy explained to her good friend Mama Bee.  "But on the plus side, doesn't the endless rotation give you endless brunch options?" Mama Bee replied.  "I suppose," Brandy sighed, "But now that I've been to several new places that have been built on the bones of old favorites, I never quite get over the feeling of dining in a haunted house."

Case in point, as Brandy and Mama Bee were having this conversation, they were headed to brunch at Ceres' Table, the new rustic Italian joint that took over the space of one of Brandy's all time favorites, Frog 'N Snail.  Though there neither of the restaurants had anything in common besides the space (different owners, chefs, menus, etc.), Brandy couldn't help comparing the two. 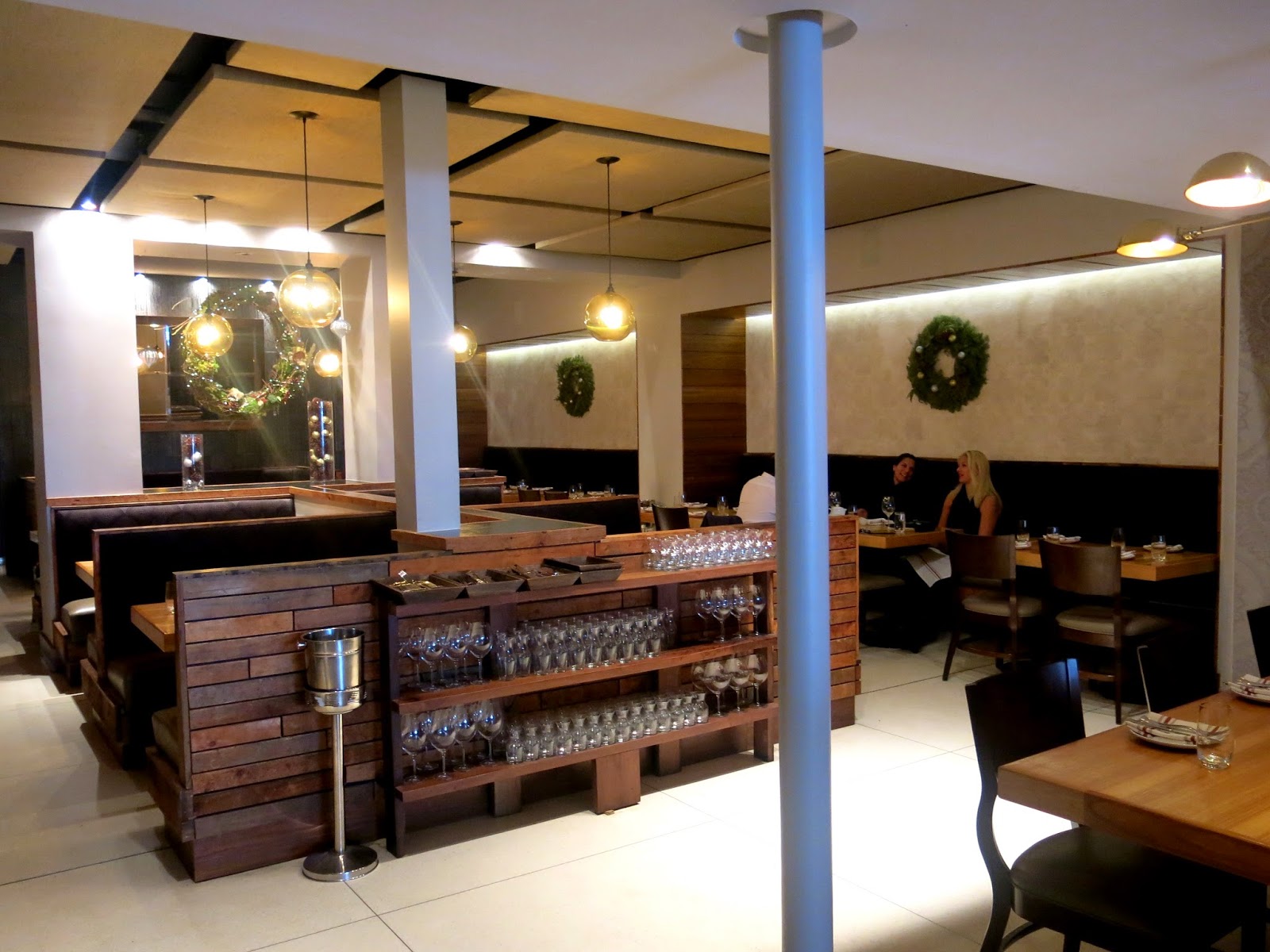 The interior layout of Ceres Table hadn't moved away too much from its predecessor, utilizing the narrow front space as more of a bar and lounge and the more open, dimly lit space at the back as the main dining area.  The decor was very modern and sleek, with antiqued woods, grey tones, and little pops of color here and there.  "It's a little stark for brunch," Brandy commented, "But I'm sure its rather lovely for dinner service." 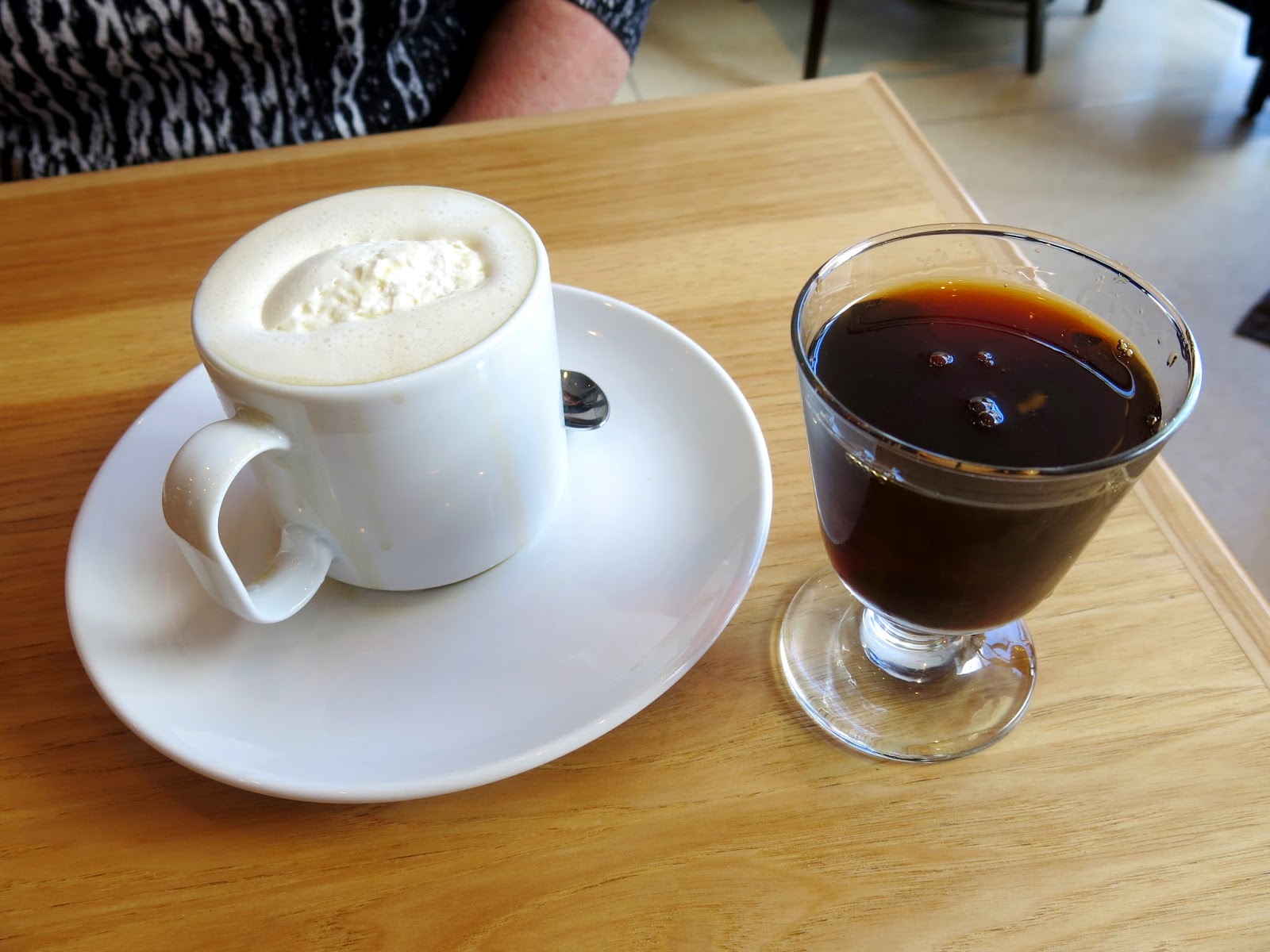 Mama Bee and Brandy began their meal with a couple of house specialty cocktails ("I do love a good brunch cocktail list," Brandy smiled, rubbing her hands together in anticipation): the Top of the Morning for Mama Bee and the Breakfast in Milan for Brandy.  Brandy's cocktail professed to be an "upside down" Manhattan, as it contained more vermouth than bourbon, and though Brandy had initially been intrigued by the idea, she found she actually didn't care for the result that much.  "I'm not blaming the cocktail here," Brandy commented, musing over her drink, "I think that it's just that I'm more of a bourbon fan than I realized, and having it play second fiddle to the vermouth here just doesn't seem right."  She actually found the drink a little too on the sweet side for her liking, which made the cocktail over all rather astringent and less smokey than a typical Manhattan.  Mama Bee's cocktail, on the other hand, was a hit with both ladies.  The Top of the Morning had been made with coffee, dark rum, and just a little bitter herb liqueur which made the drink creamy, smooth, and just ever so slightly boozy. 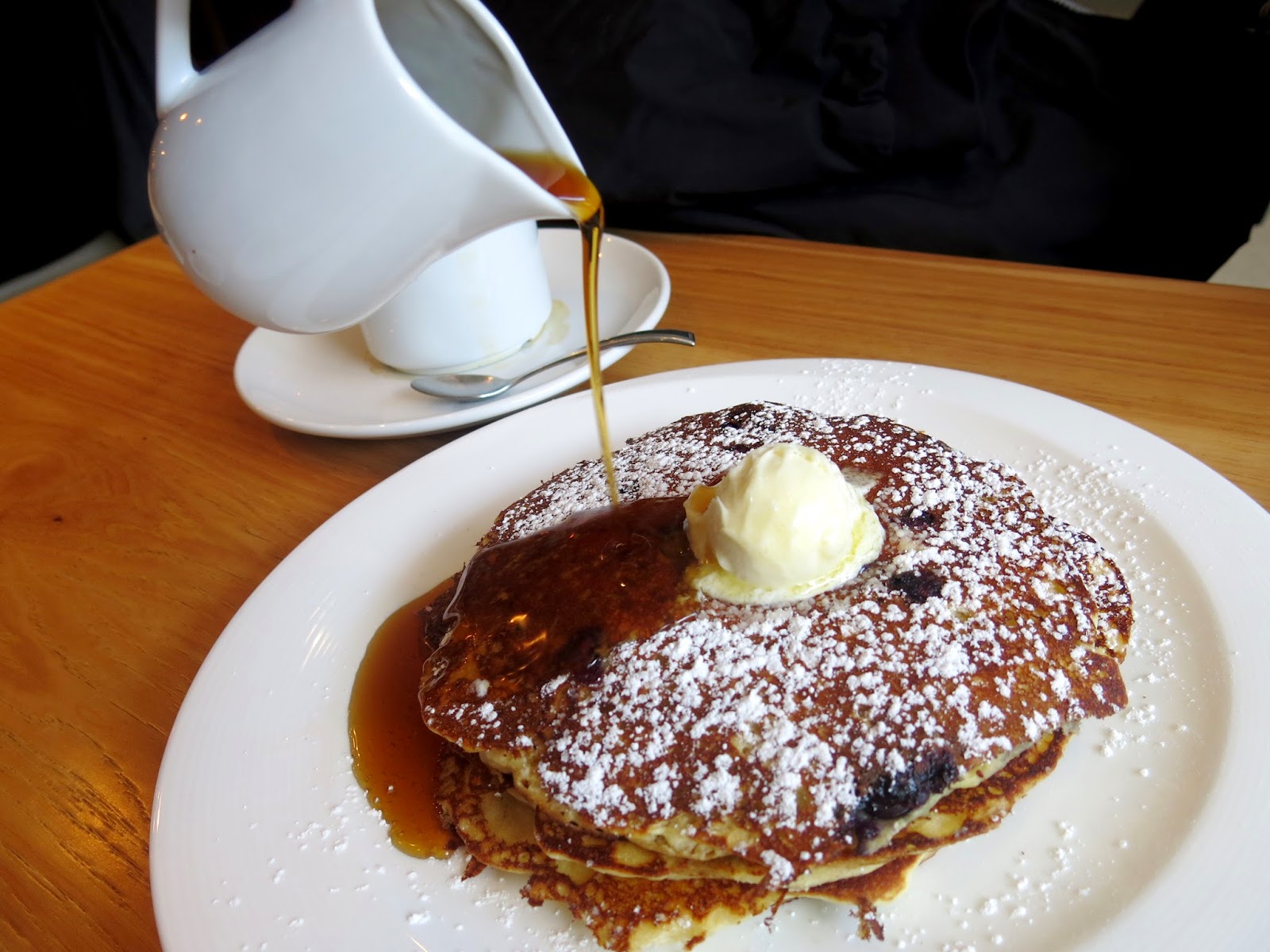 The pair started off with a plate of Ricotta Pancakes.  Brandy, who is usually a little skeptical of ordering pancakes ("I've had some real hubcaps in my day," she warned Mama Bee), was actually quite smitten with their light, moist texture and deep caramel flavor, and especially with the burst of the fresh blueberries with in.  "It's rare that I can safely say I would sit down and eat an entire plate of pancakes by myself, but this is definitely one of those occasions," Brandy raved. 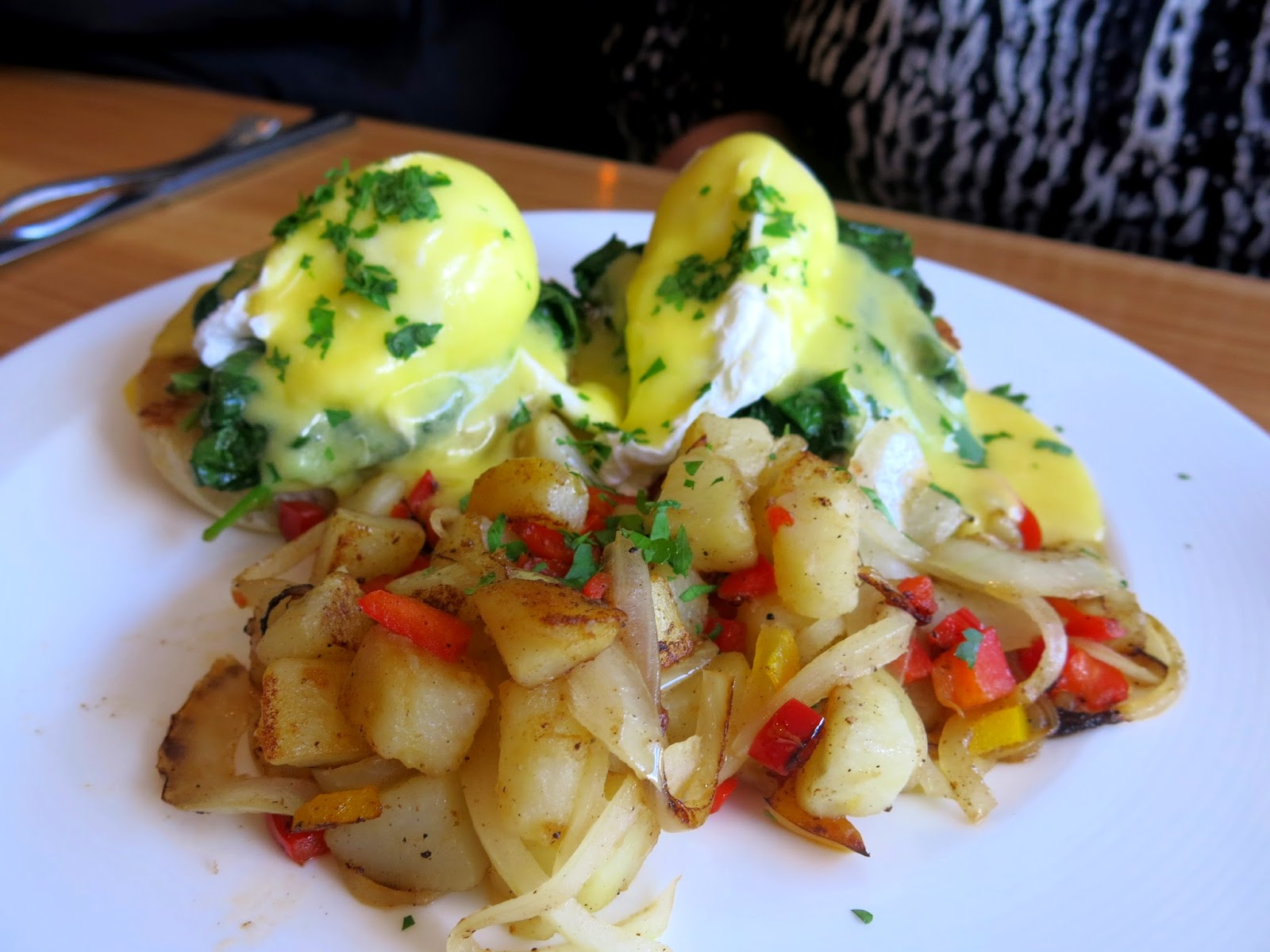 For her entree, Mama Bee ordered up the Eggs Benedict Florentine, which was unbelievably, her first plate of eggs benedict ever.  "I just never used to pay attention to the savory side of the brunch menu before I met you," she told Brandy, "I used to just scan the thing for the first item with honey in it and order that!"  Mama Bee rather liked her first eggs benedict, especially the smooth and buttery hollandaise, though the eggs were ever so slightly over cooked ("That yolk should be a waterfall when you cut into it, not a mudslide," Brandy observed).  The side potatoes were also rather nice with a good bit of spice to them as well as lots on onions and peppers, though she did wish they had had a bit more of a crunchy texture. 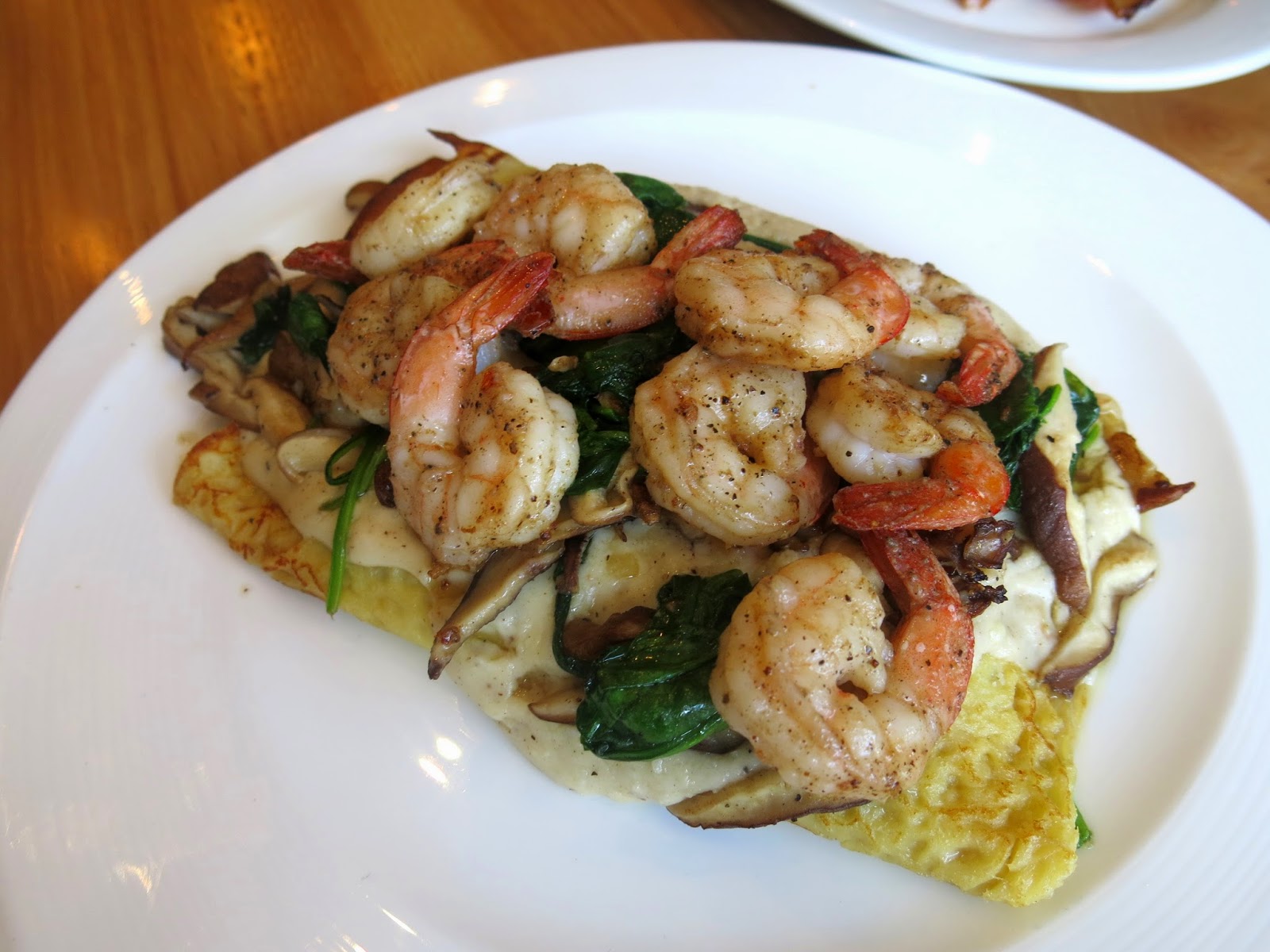 Brandy ordered up the Shrimp and Mushroom Crepe, as once again, she was intrigued by the idea of the dish, but sadly, like the cocktail, it turned out to be a bit of a disappointment.  The shrimp were cooked nicely, but what the menu had said were supposed to be cremini mushrooms looked to Brandy to actually be shitakes.  "Does it really make that much of a difference?" Mama Bee asked cautiously.  Brandy gave her a withering glance.  "There is a vast difference, both in texture and flavor," she replied patiently, "And for me, a shitake just doesn't work well here."  The cream sauce that saturated the dish was a little too salty for Brandy's liking, and even though seafood and cheese are usually a sacrilege, Brandy almost wished the sauce had more of a parmesan-like flavor.

Though the food was a little lackluster in places, the service helped to make up for it, as the friendly server actually picked up on Brandy's disappointment with her dish without even being told directly (when he asked if the ladies had enjoyed their meal, Brandy's non-committal "For the most part," was greeted with inquiries on what could have been improved).  For the quality of food, Brandy also thought that the prices were somewhat reasonable, with most dishes coming in well under $15 and the cocktails at an extremely reasonable $7 on average.  "Though this brunch didn't quite measure up to my old favorite," Brandy commented to Mama Bee, "I think I would certainly come back here to try some other things on the menu.  I'm not saying this will be one of my new favorites, but perhaps a few meals here will help me to see this place as it is and not for the ghost of what it used to be." 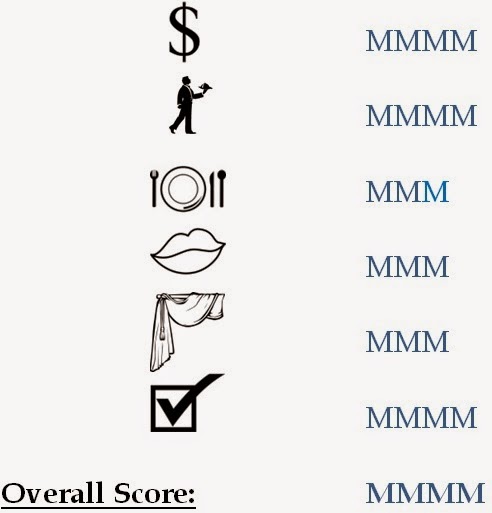