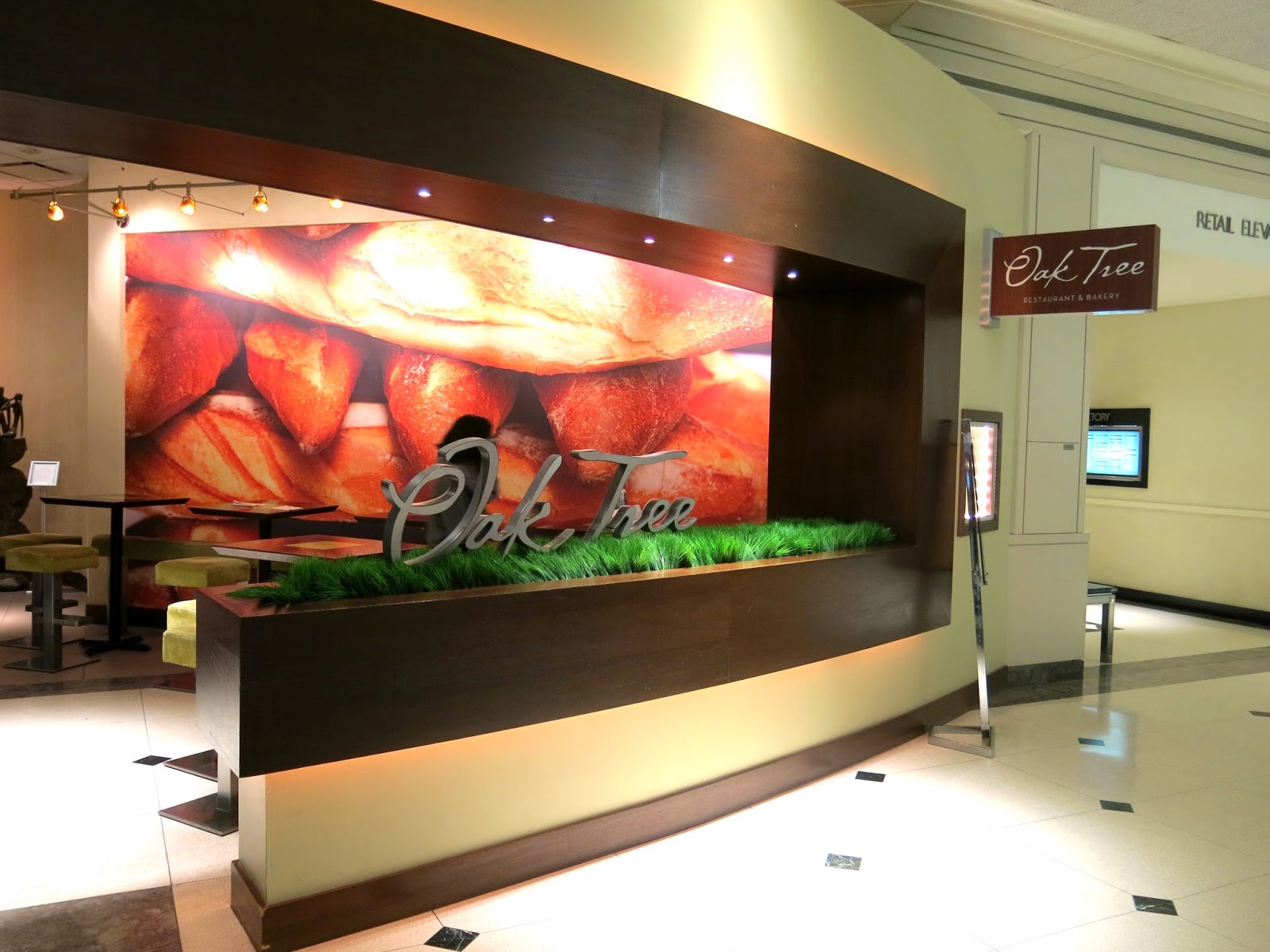 There is not a person in this world who wouldn't love to get a Christmas present from Brandy.  She is one of those special people that instinctively know not only exactly what to get someone, but how to make it special.  With an eclectic group of friends like the one Brandy has, it's not always the easiest task, but every year, she seems to out do herself.

One of the reasons she is so good at gift giving is that she starts early.  "I leave nothing to chance," Brandy says, "I know there is the perfect gift out there for everyone and I'll be damned if I'm going to let someone else get it first!"  Case in point, recently Brandy was out browsing shops on the Mag Mile when she stumbled across a little antique store where she quickly swooped in and nabbed a rather tarnished looking silver platter that was displayed in the window, thinking of one of her dear friends who is a collector of rare and ancient serving vessels.  "Ah, a true treasure!" the owner declared, studying the piece through a pair of pince nez.  "It looks to be to be from the coronation of King Alfonso the 12th, is that right?" Brandy asked the man.  He winked at her.  "Good eye, you have," he said.  "Such a pity it's so corroded," Brandy sighed, "I'm sure it was a real beauty in its time."  "Nonsense," said the man, "All it needs is a little spit shine and elbow grease and it'll be good as new."  "Even so, I think you should knock a few bob off the price," Brandy argued, "Unless King Alfonso forged the thing himself." 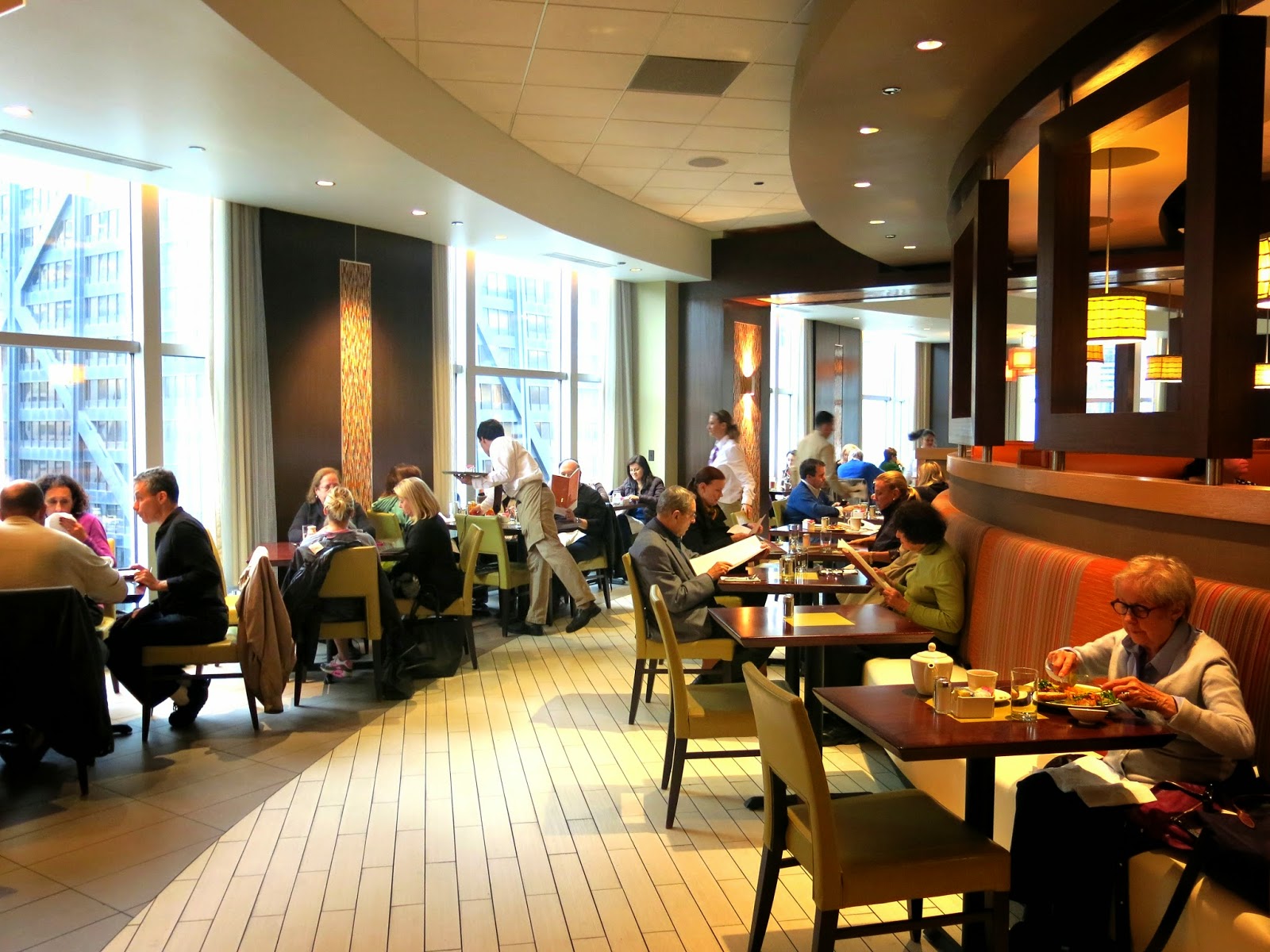 After a long morning of shopping, Brandy decided to stop into the shops at 900 North Michigan, rode all the way to the top to get some brunch.  Oak Tree, a lovely cafe and bakery on the top floor, proclaims itself to be a neighborhood tradition for over 40 years.  "I hope to say the same about myself one day," Brandy grinned.

Oak Tree had a charming swooping dining area with lots of bright colors and a full wall of windows that showcased the beautiful view of Michigan Avenue below.  Brandy had no issue being seated right away, even though the restaurant seemed to fairly busy.  She noticed that the servers were dressed in rather stuffy, old fashioned uniforms; white long sleeved shirts, khaki pants, and ties.  "I would think such a casual eatery that only serves breakfast and lunch would be a bit more relaxed on their employees' dress," Brandy said.  Soon after being seated, she was approached by a tall, soft spoken young man who, while friendly enough, seemed to be in a bit of a hurry to collect her order. 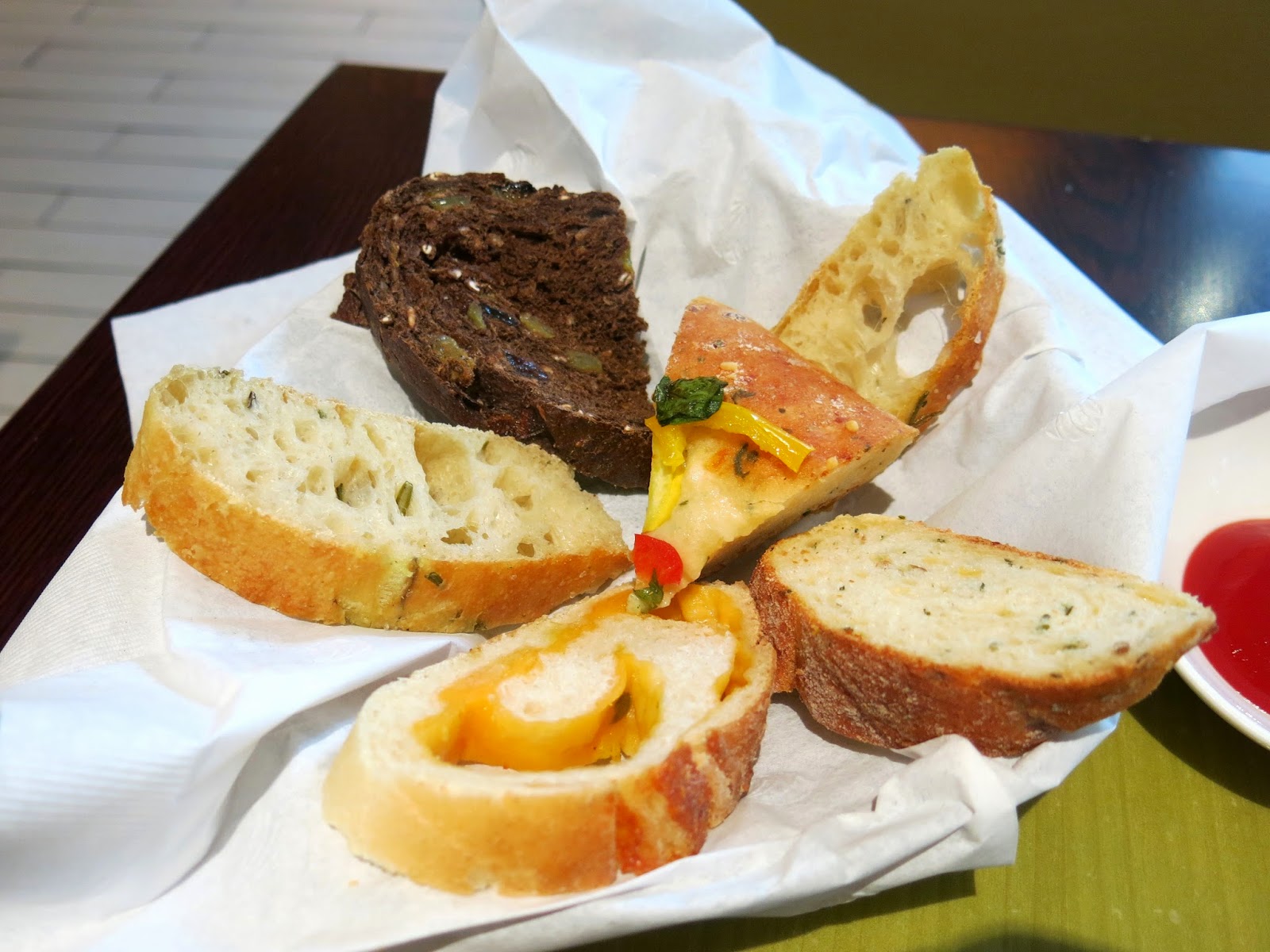 Brandy started off with a lovely cafe mocha and a basket of some of the different breads the bakery had to offer.  The mocha was a pretty decent size, but a bit watered down and sloppily poured, which was a disappointment.  "You'd think a restaurant that makes its servers dress in such nice white shirts and ties would pay a little more attention to messy coffee drinks," Brandy observed.  The basket of soft bread made for a very nice starter, with the French Flute (which was studded with nuts and dried fruit) and the potato cheddar being her particular favorites. 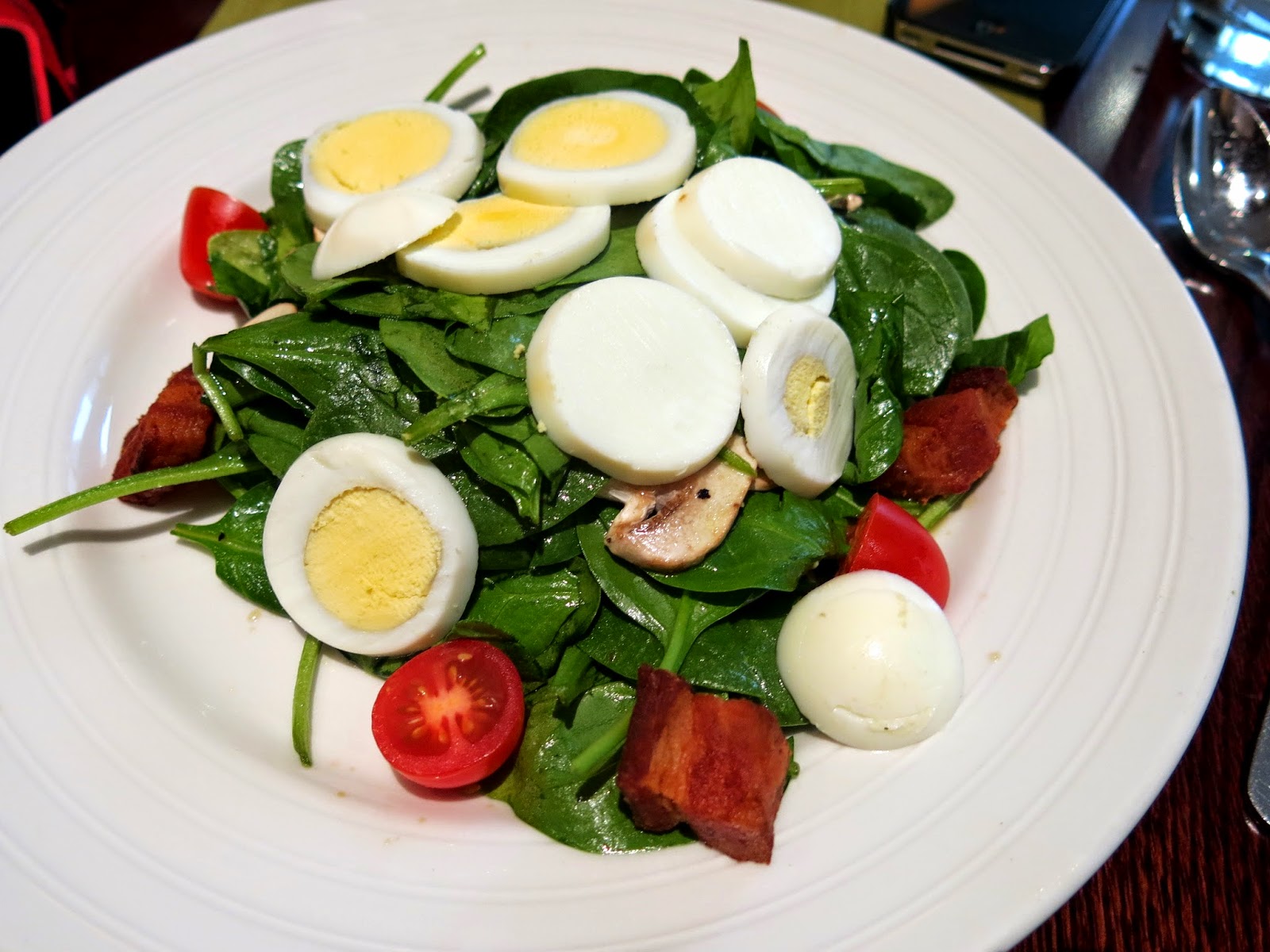 For her first course, Brandy picked the Warm Spinach Salad, with came with bacon lardons, sliced egg, white mushrooms, cherry tomatoes, and a sweet wasabi dressing.  Sadly, Brandy found the salad wasn't exactly warm, but she supposed that a "Room Temperature Spinach Salad" just didn't have the same kind of ring.  The greens had been way overdressed, turning the salad from savory delight into awkwardly sweet, though the big chunks of bacon helped to balance that a little, as did the silky slices of hard boiled egg,  "Normally, I enjoy a dish that combines sweet and savory, but this is a bit much," Brandy said, turning to the bread basket to try and rid her palette of some of the dressing's aftertaste. 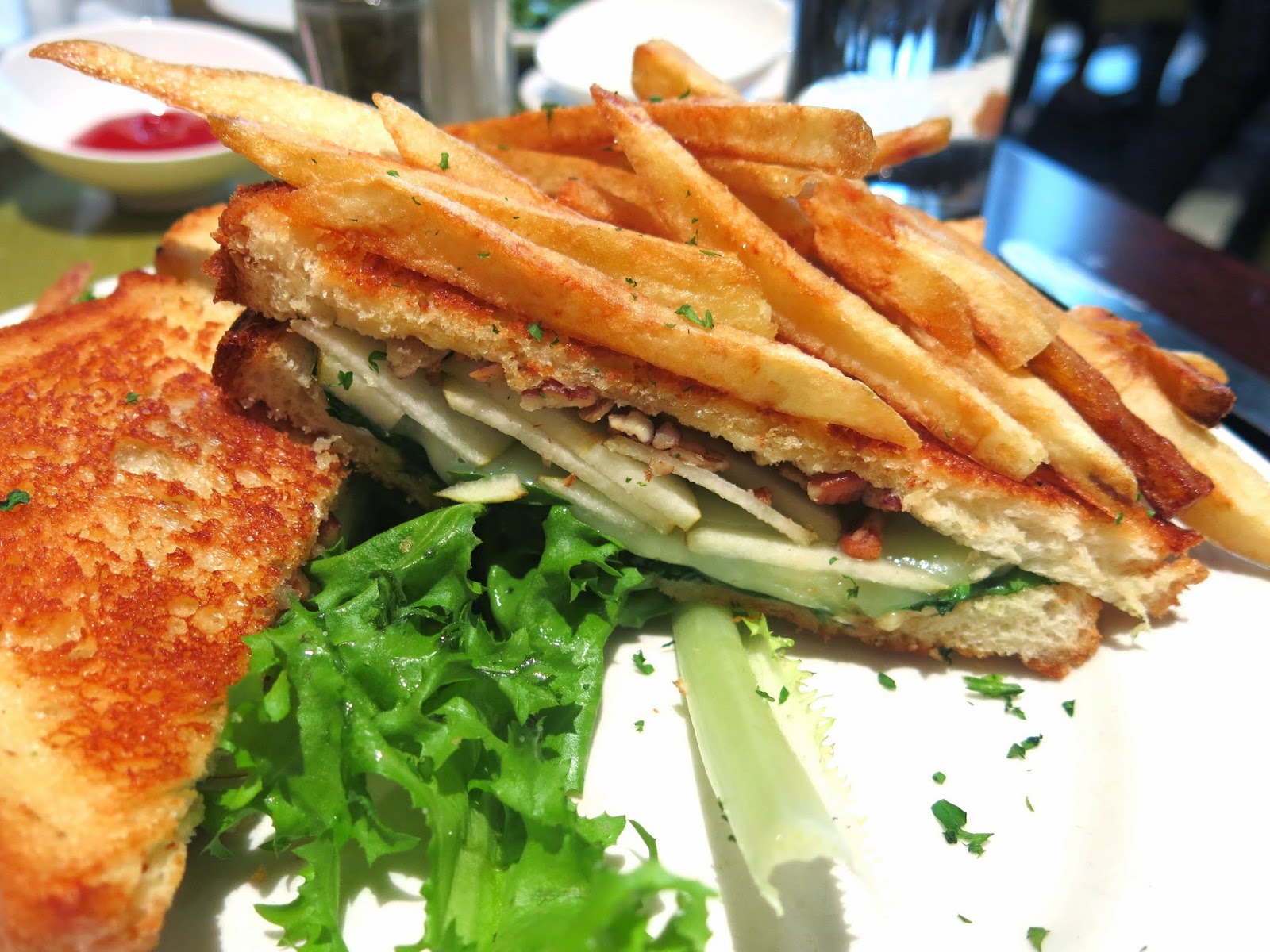 For her main course, Brandy ordered one of the restaurant's signature grilled cheese sandwiches.  The one she chose had sliced pear, fresh mozzarella, spinach, fig jam, candied pecans, and Roquefort cheese and came with a side of French fries.  The fries had a very nice flavor, though their texture was rather inconsistent, with some being utterly limp and others being so crispy they cut the roof of her mouth.  As for the sandwich, while Brandy did like the flavors, she found it had gone extremely soggy on the bottom, making it rather difficult to hold onto.  She did, however, very much enjoy the sweet and savory balance from the fruit and the cheeses as well and the little bit of crunch from the nuts.  "Granted, this combination of ingredients is a little on the wet side, but the whole point of a grilled cheese sandwich is that the crusty bread contains the innards," Brandy said, studying the floppy sandwich in her hand, "Perhaps this would do better open faced on a sturdier piece of bread."  She was also rather disappointed by the lack of interest in plating her meal, which resulted in two limp leaves of lettuce laid pointlessly on her plate, one of which was nothing more than a bare rib sticking out from underneath her sandwich.  "Why even bother to put it there?" she wondered aloud, "One might as well dress the plate with onion skins and tomato tops!"

Brandy was less than enthused about not only the presentations of the dishes at Oak Tree, but also the lack luster service (her waiter was perfectly polite in the beginning, but after taking her order never came back to check on her or refill her water, and set her check down without so much as a "thank you,").  Overall, she felt there were some good ideas at Oak Tree that maybe just needed to be refined and polished a little, much like the antique silver platter she had just picked up.  "One can see the craftsmanship underneath, but the patina is starting to get out of hand," Brandy said, glancing down at the platter in her shopping bag, then up at the restaurant, "All it needs is some attention to detail and a little love to bring it back to it's former glory." 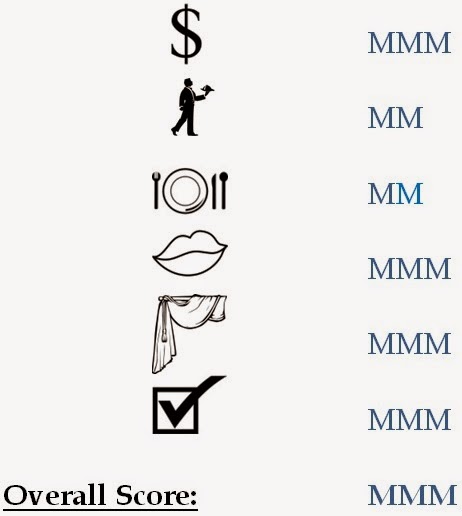