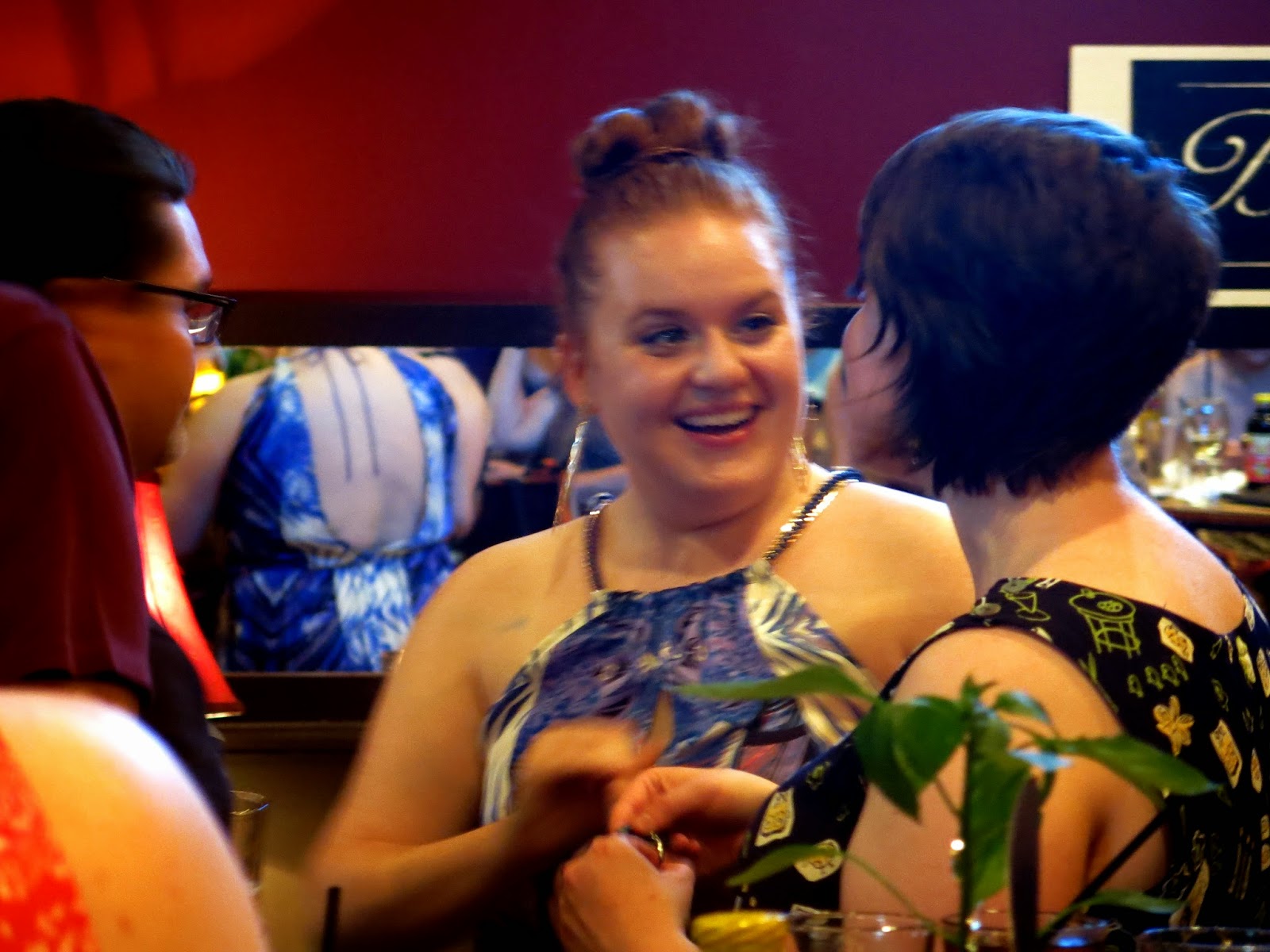 Do not ask Brandy about Gordon Ramsey.  Ever.  "I taught him everything he knows, that little ingrate," she will mumble before launching into a tirade of curse words not heard since Shakespeare invented them.  Whether this sentiment is true or not (or what the story is behind her rage) she will not say, but one thing is for sure: Brandy has never missed an episode of MasterChef.  "Look at him, judging those poor young hopefuls," she will say, "When I knew him, he didn't know his risotto from his orzo and now look at him!  And that Graham Elliot, what a sweet boy.  I'd cook for him any day of the week.  Looking so proper in his little bow tie.  That's how you dress for a meal" 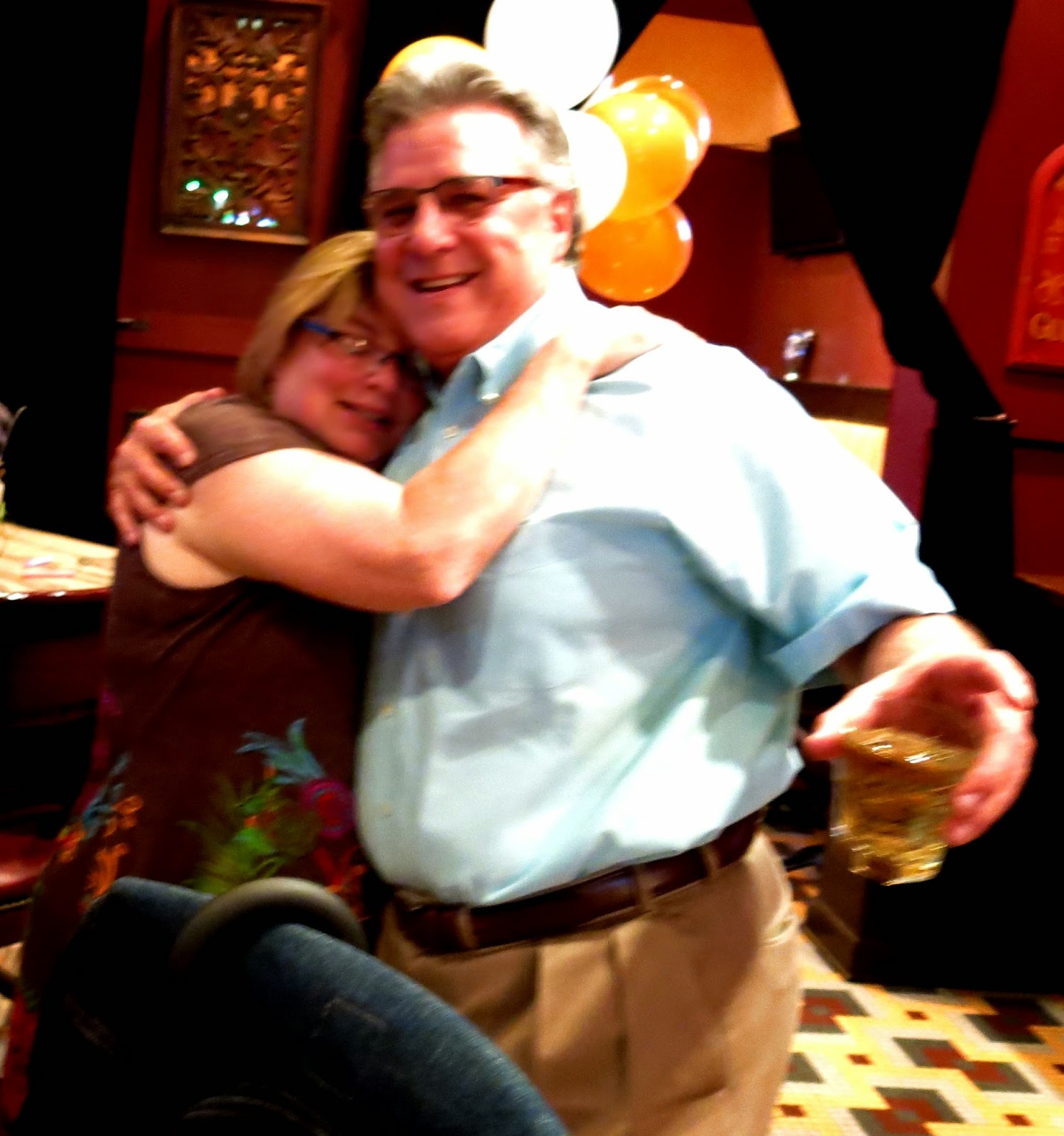 As you might imagine, when MasterChef premiered its current season on Fox this past Monday, Brandy was more than ready for it.  But this year, she decided to do her civic duty and really get to know one of Chicago's representatives on the show; a plucky young lady by the name of Elise Mayfield.  Originally from Alabama, Elise moved to Chicago 7 years ago with dreams of pursuing a career in comedy, but her new found independence brought her a an unexpected hobby: cooking, and she turned out to be pretty darn good at it.  For those of you who watched the premiere, you'll know just how determined Elise was to get her apron from the judges, and she's quickly become a fan favorite for her down home recipes, her dogged perseverance, and her quirky personality. 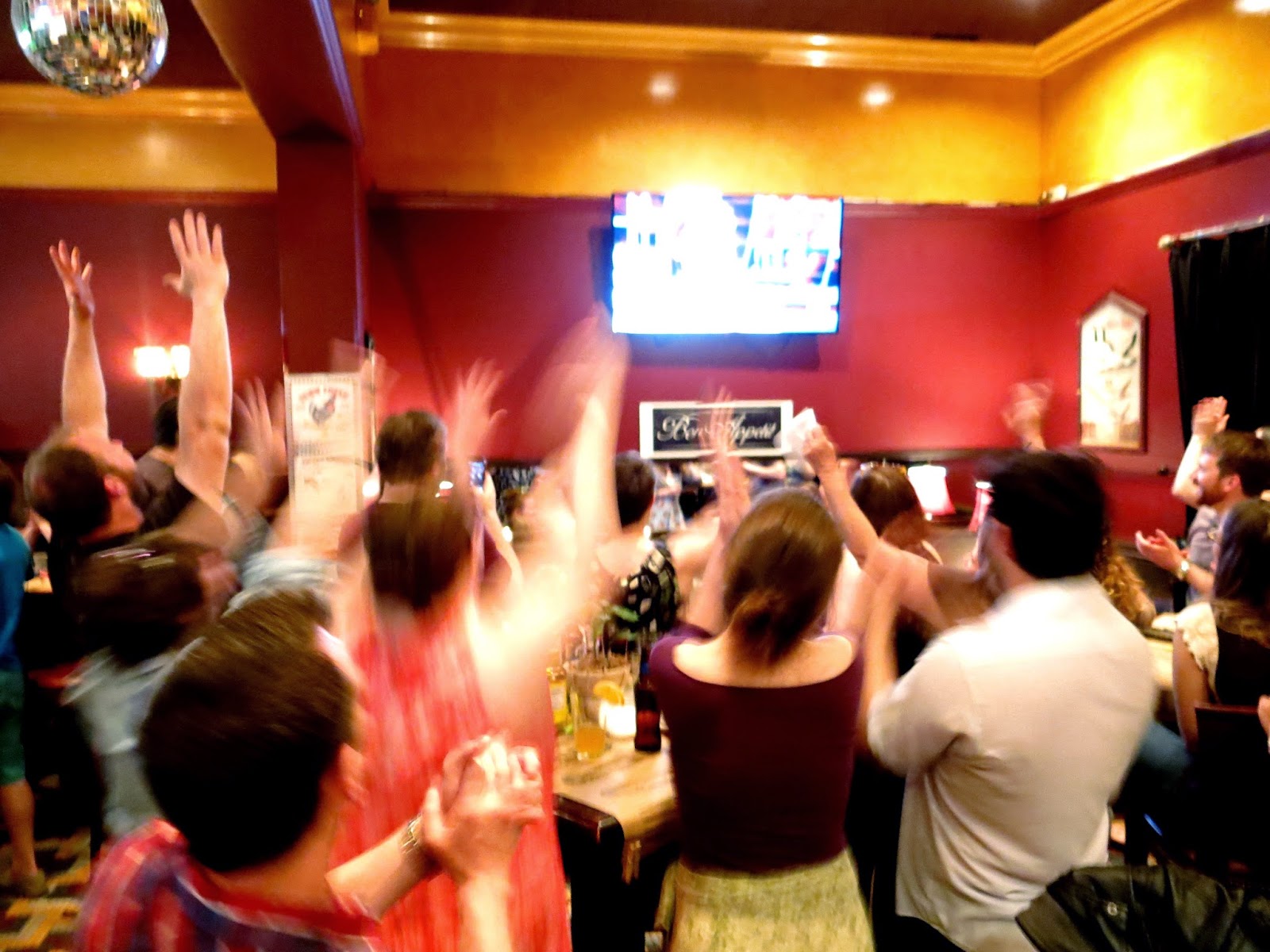 Brandy was lucky enough to snag an invite to a small premiere party held at Mystic Celt on Southport where Elise (along with fellow Chicago contestant Rickie Perez) was surrounded by family and friends (including Elise's adorably nervous parents who had flown in from Alabama especially for the event) to watch the episode as it aired live on Fox.  That one hour of television was jammed packed with so many surprises, smiles, and tears that an outsider might have thought the gathered party were watching a Blackhawks game as opposed to a cooking show.  In the final minutes of the episode when Elise finally got her hands on that apron, the whole room burst into jubilation (celebrating a victory is a rare feat in Wrigleyville).  Amongst all the chaos, Brandy was able to pose a few questions to Elise about her time on MasterChef, her Southern soulful spirit, and of course, her favorite brunch foods: 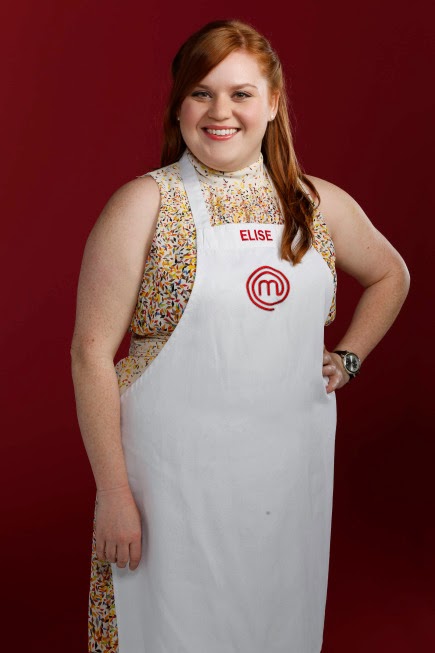 What first peeked your interest in cooking? I always loved watching my grandmother, Mawmaw, cook for our big family dinners as a kid. But I didn't really start cooking until after I moved to Chicago after college. The longer I was away from home, the more I missed those Alabama comfort foods. So, I started off with boxed cake mix and made my way to homemade baked goods, and eventually I branched out to cooking big meals for dinner parties and catering gigs.

What made you want to try out for the show? Honestly, I auditioned on a total whim. I'd seen some of the episodes from Season 4 and really enjoyed them, but it wasn't something I'd ever thought about doing. But, a friend of mine who is a big fan of the show saw the casting notice for the open call and told me that I should go. The audition was the next day, less than 24 hours away. But, I figured "Why not?" So, I threw caution to the wind, baked up some handpies, and went to the audition. I had no idea the journey that one decision would take me on, but I'm so glad that I went.

Who terrified you more, Gordon or Joe? (and did you just want to hug Graham every time you saw him?)
Oh, man. Tough call because Gordon and Joe are so different! But, I have to say that Joe is still a little scary to me. He looks at cooking from a restaurant position and he's a real straight-talker. There's no sugar coating with Joe. It's either good or it's not. Gordon is a little more like a coach. He believes in you and wants you to always strive for your very best. And, yes, Graham is just as wonderful as he seems on the show!

How has doing MasterChef improved your cooking skills?  What were you looking forward to learning?
My time on MasterChef definitely made me a better cook. Not only did I learn new techniques, but I learned not to be afraid to try new things. I also learned so much about plating and presentation. Food that looks good on the plate will taste even better! Not only did I learn from the chefs, but I learned so much from my fellow competitors. It was amazing to be able to "nerd-out" about food with peers who were so knowledgeable. As a relatively new cook, I still have lots to learn, like butchering and barbecuing, but I look forward to making progress in the kitchen.

Was there anything you were really hoping to cook on the show, such as something you are particularly good at?  Was there anything you were particularly terrified to cook going in? I was really hoping for some dessert challenges, since baking is my comfort zone. I knew I could rock out some cakes or cookies. And, I was nervous about cooking with proteins I'd never dealt with before, like rabbit or quail. Those proteins are so delicate and can dry out so easily, if even slightly over-cooked.

Since you've lived both in the South and the Midwest, which cuisine do you find yourself leaning more towards? I'd say I lean more toward my roots and I tend to cook Southern comfort dishes. But that being said, I just love cooking comfort food in general and I've found that there are lots of dishes that are the same no matter where you are in the US. But, my favorite dishes are the ones that remind me of home, like shrimp and grits or chocolate gravy and biscuits. I really want to try my hand at some homemade deep dish pizza though...

Say we gave you a mystery box with artichokes, goat cheese, canned cranberry sauce, graham crackers, quail eggs, and squid ink fettuccine.  What would you make for us?
Oooooo, mystery box. Hmmmm. Ok, can I have some staple ingredients like shallots, butter, and wine? If so, then I think I would have to go with squid ink pasta in a cranberry and white wine reduction sauce with roasted artichoke hearts and poached quail eggs, garnished with fried graham cracker coated goat cheese balls.

As we are Chicago's Brunch experts, tell us about your favorite things to eat for brunch?! Oh, man. How much do I love brunch? So much. I like sweet and savory dishes, so I love dishes like stuffed french toast with bacon, but, I can almost always be won over with breakfast tacos.