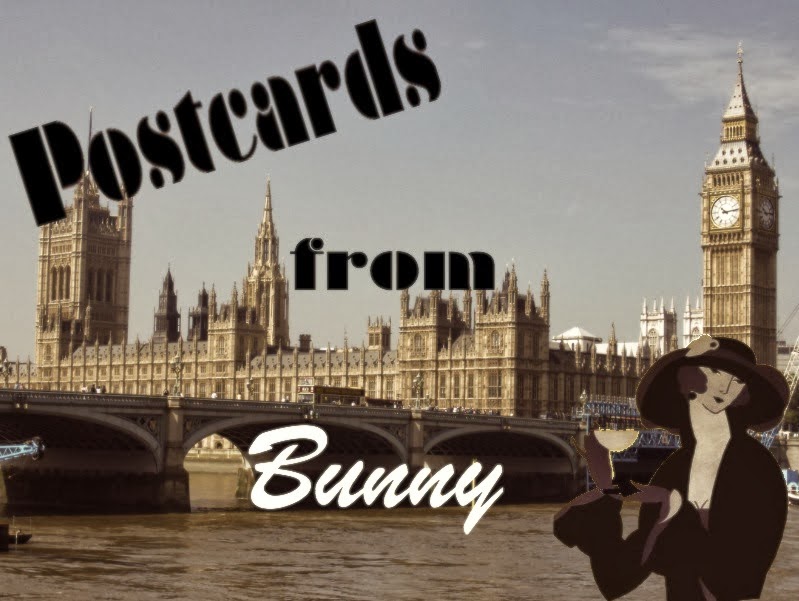 If you've been a fan of Bunny and Brandy for a while now, you might have noticed that their culinary choices rarely have anything to do with the healthiest options.  Generally, when you get to Bunny and Brandy's age, the more bacon, butter, and/or bourbon a dish is laced with, the more likely it is to get ordered.  But that's not to say that Bunny and Brandy are opposed to healthy dishes.  "If it tastes good and its made to the finest standards, I couldn't give a flying monkey's what it's fat or calorie count is, nor if its gluten free, sugar free, caffeine free, sodium free, or hydrogen dioxide free," Brandy says. 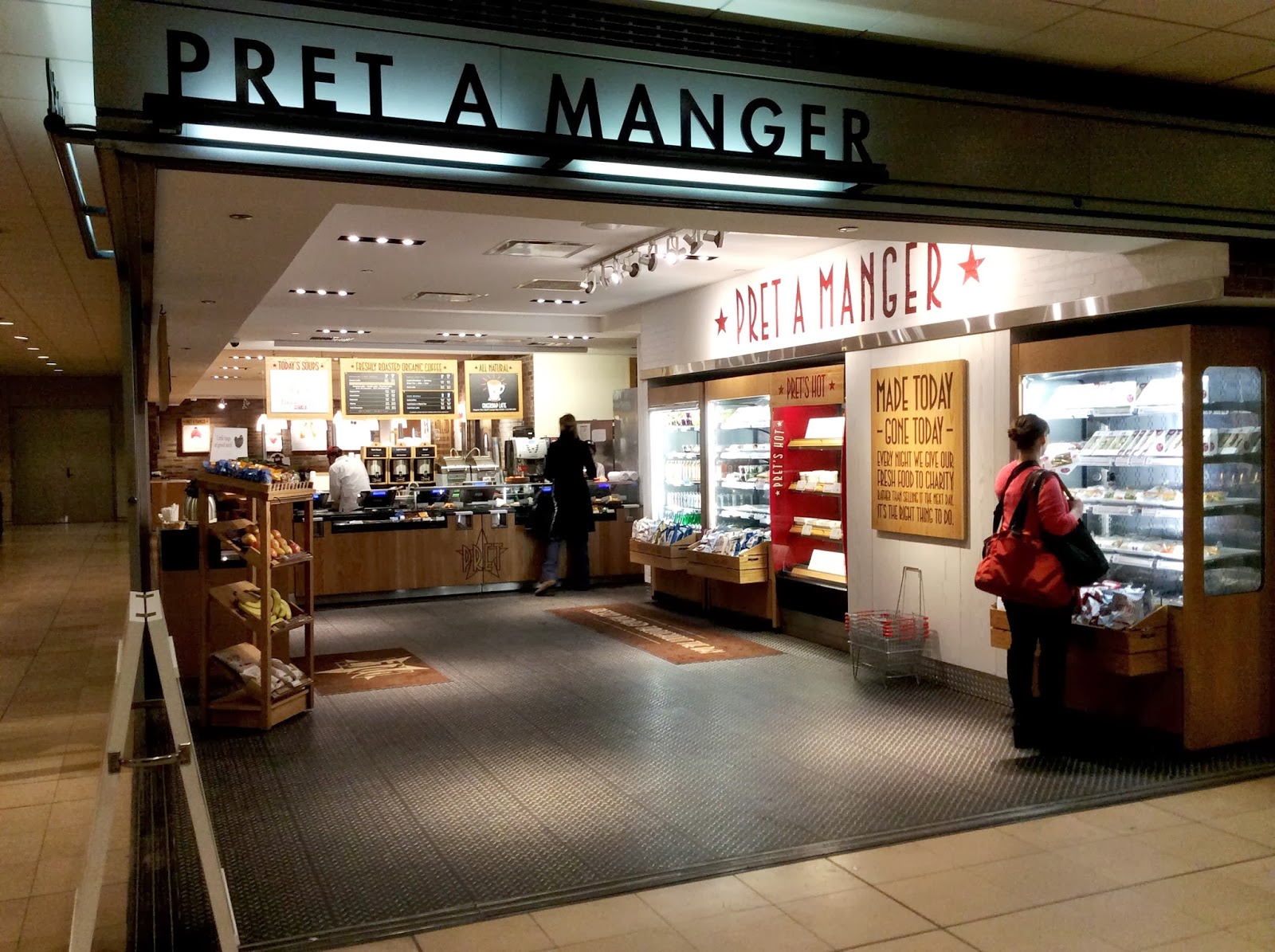 So it was with great skepticism that Brandy read in one of Bunny's postcards (sent from the very tip of Argentina) that she was going to start making an effort at eating a healthier breakfast each morning.  "Traipsing through these ancient burial sights after Benedict is quite trying on me," Bunny wrote, "Its been brought to my attention that a few more nuts, grains, and seeds in my morning routine could help to boost my energy, so I'm giving that a go."  "Poppycock," Brandy barked, rolling her eyes at the postcard, "Nuts and seeds.  She's not a canary, for goodness sake!" 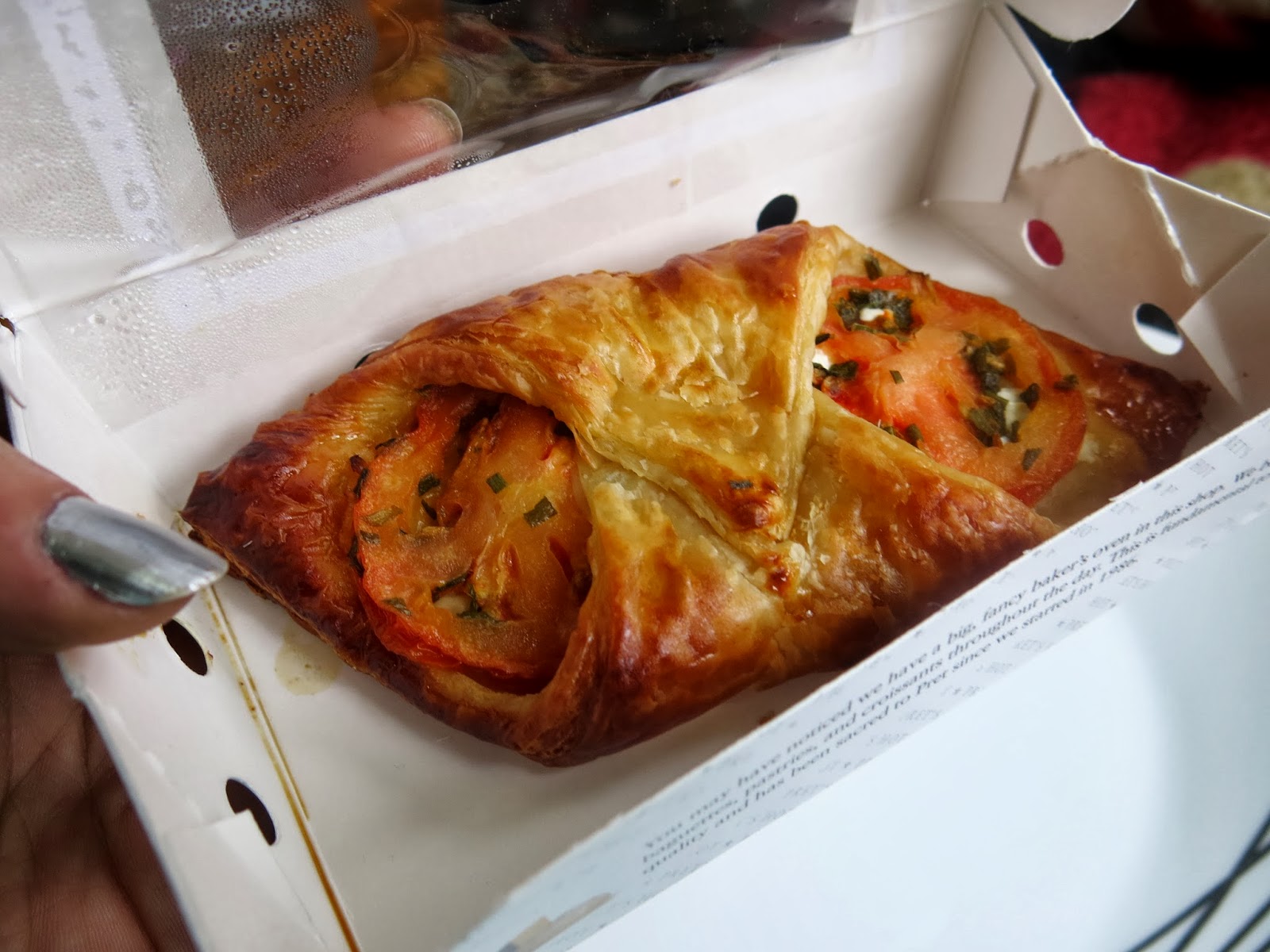 But something about Bunny's words must have stuck with her, because Brandy found herself one morning stuck in the Loop after a snow related train malfunction.  With nothing else to do, she decided to seek out a little breakfast at one of her favorite convenience food stops, Pret a Manger. 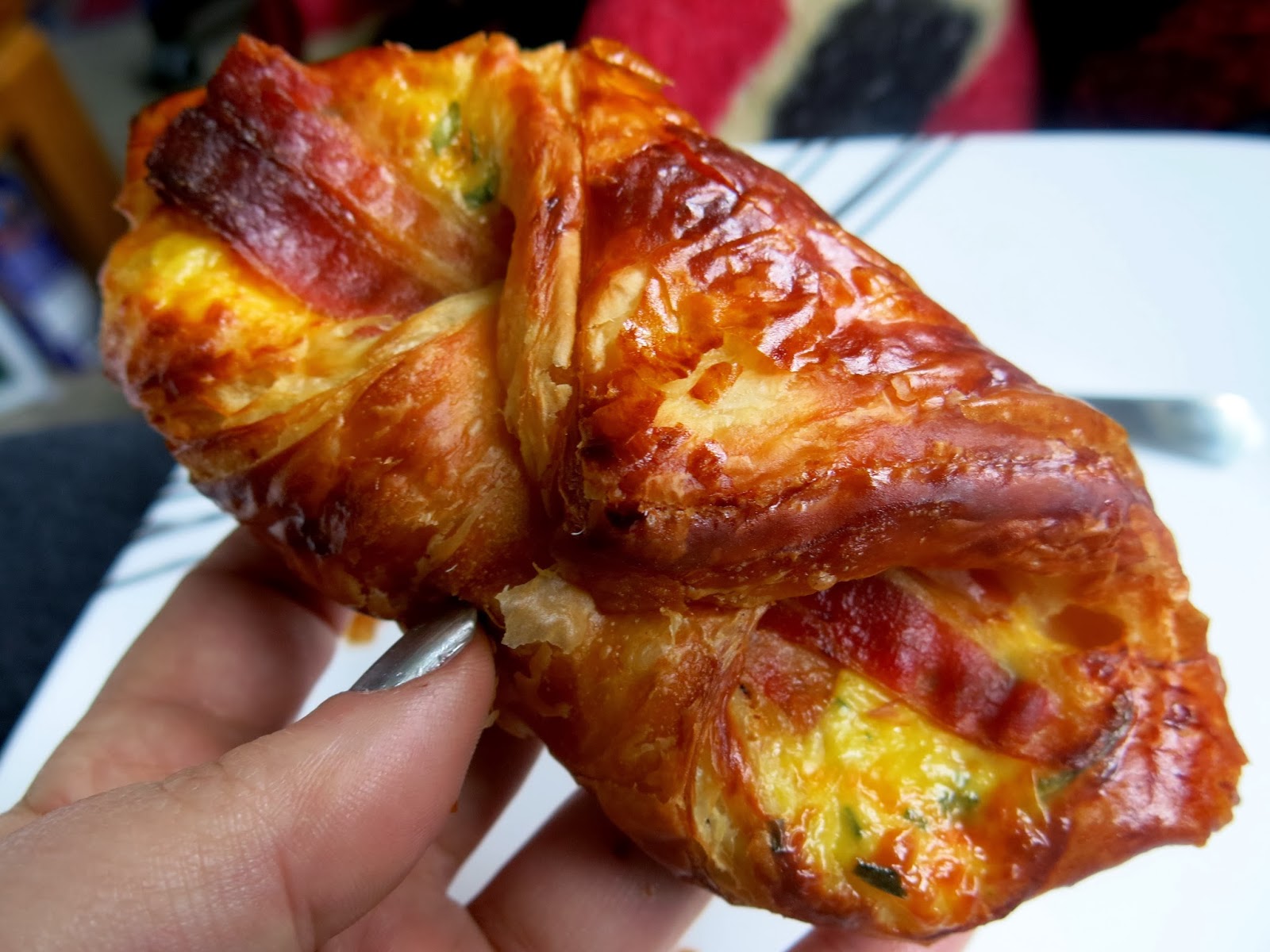 The first things Brandy took notice of were the delectable breakfast croissants in Bacon and Egg and Mozzarella and Tomato, both of which would normally have been the kind of thing she went for: freshly baked, packed with rich flavors, and highly portable.

But on this morning, for some unknown reason, Brandy was drawn to another section which housed cup of Pret's freshly prepared oatmeal in two different varieties: the Traditional Steel-Cut Oatmeal and the brand new 5 Grain Oatmeal, which came packed with chia seeds, flax seeds, amaranth, and quinoa in addition to the standard steel cut oats.  A variety of toppings were also on offer for both oatmeals, which included cranberries, raisins, granola, cinnamon, brown sugar, and sliced almonds.  Intrigued, Brandy decided to sample both the traditional oatmeal and the 5 grain. 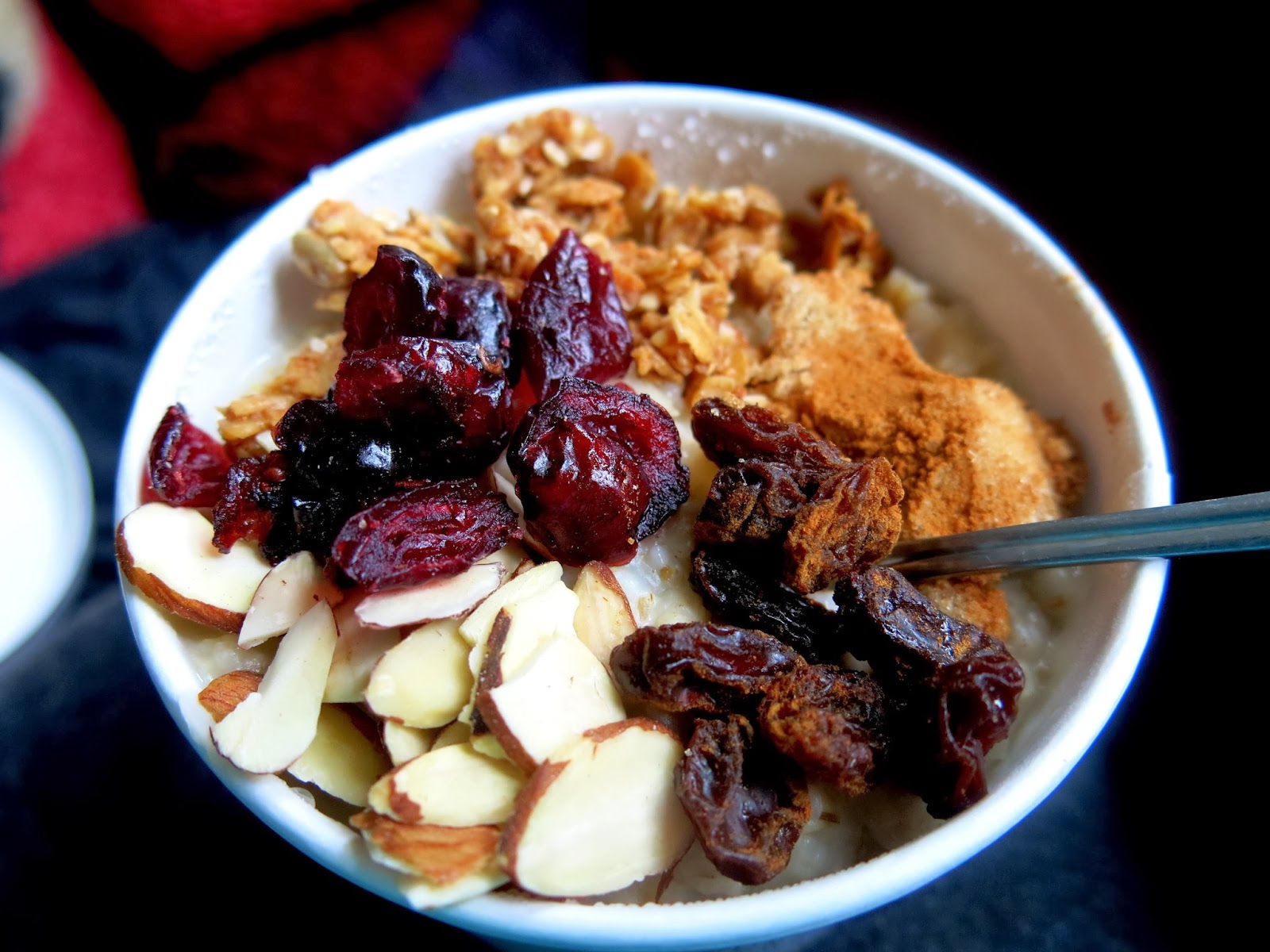 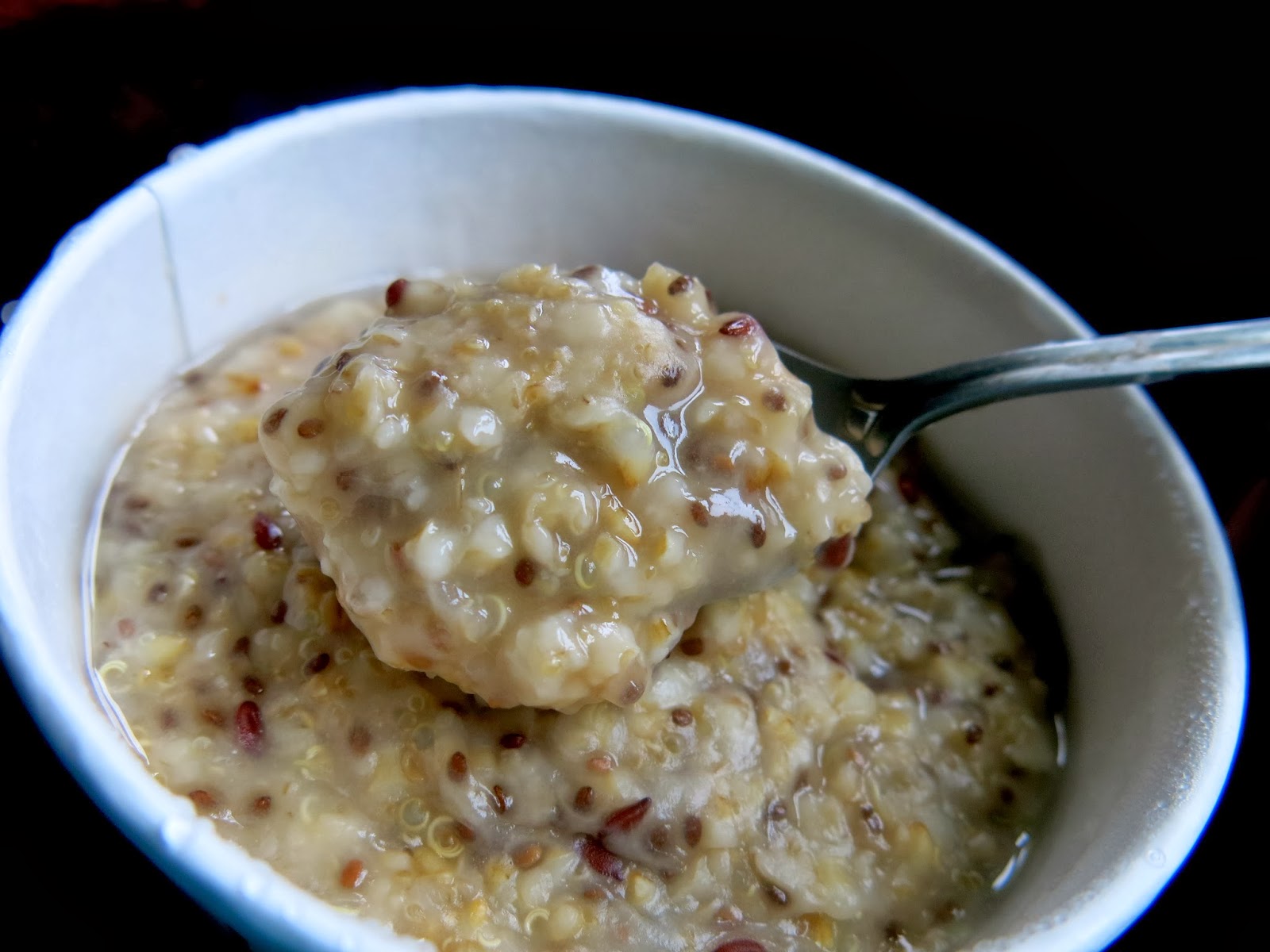 Much to her surprise (and chagrin) Brandy found herself really loving the 5 grain oatmeal!  Its variety of textures just edged out the more traditional oatmeal in her mind (thought the traditional oatmeal was pretty tasty as well), and especially when combined with the sweetness of cranberries and the warm spice of cinnamon the oatmeal provided a brilliant combination of flavors.  Brandy was also surprised to find that the oatmeal did indeed provide her with a sustained energy throughout the day as she went about her errands (that is to say her her knitting circle, her quilting society meeting, and the gathering of associated embroiderers).  "Maybe there is something to this whole grain thing Bunny was so taken with," she mused, and then quickly promised herself she'd never let Bunny know she might be right about something.

Intrigued about Pret A Manger's 5 Grain Oatmeal?  Well, you are in luck, dear readers, because Bunny and Brandy are giving away a $25 gift card to one of their loyal fans so they can sample the goods for themselves!

The contest begins immediately and will run through midnight Tuesday February 11th with the winner being announced on Wednesday February 12th right here in this very post!  The rules are simple:  Leave us a comment here on the blog, on our Facebook page, or on our Twitter page simply stating what your favorite topping for oatmeal is!


You can comment once through each page and the winner will be decided using Random.org.  Feel free to email us at bunnyandbrandy@gmail.com with any questions!  Good luck, brunchers!

Email ThisBlogThis!Share to TwitterShare to FacebookShare to Pinterest
Labels: Giveaway, Postcards from Bunny, Pret A Manger