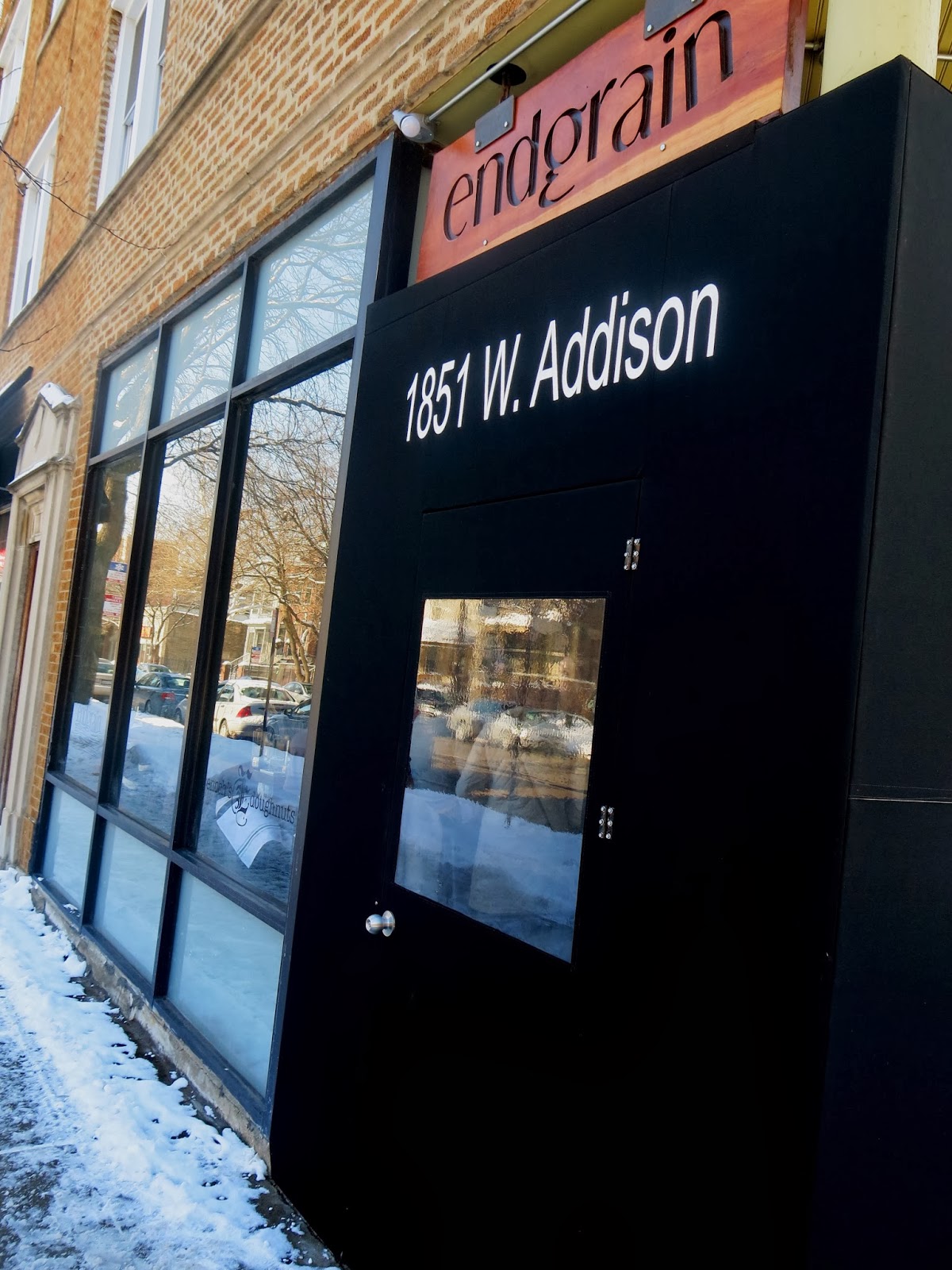 Sometimes we all need a little inspiration.  Some of us look to the web to become our muses and teachers.  Others find inspiration in daily living; the beauty of a rose bush in a front yard or the laughter of children on a playground.  Brandy, of course, often finds inspiration in the bottom of a glass, or rather the bottom of a teacup.  "I find my tea leaves as inspiring as anything.  Why, my old neighbor Mr. Pollack used to come over for tea just so he could study my tea leaves.  He said he found their patterns 'organic and chaotic,' whatever that means.  But then again, I've never been much of a painter."

It was one particularly chilly morning when Brandy's old friend, the genius inventor Brocco Leigh Binto, was lamenting his lack of engineering initiative.  "Its so hard to think of anything useful when everything outside is cold, slushy, and grey," he complained, "How am I supposed to better the human race when I have no desire to come out of my lab?"  "What you need is a good hot meal," Brandy said, "Getting out among other people will help to lubricate that old noggin of yours.  I know the perfect place!" 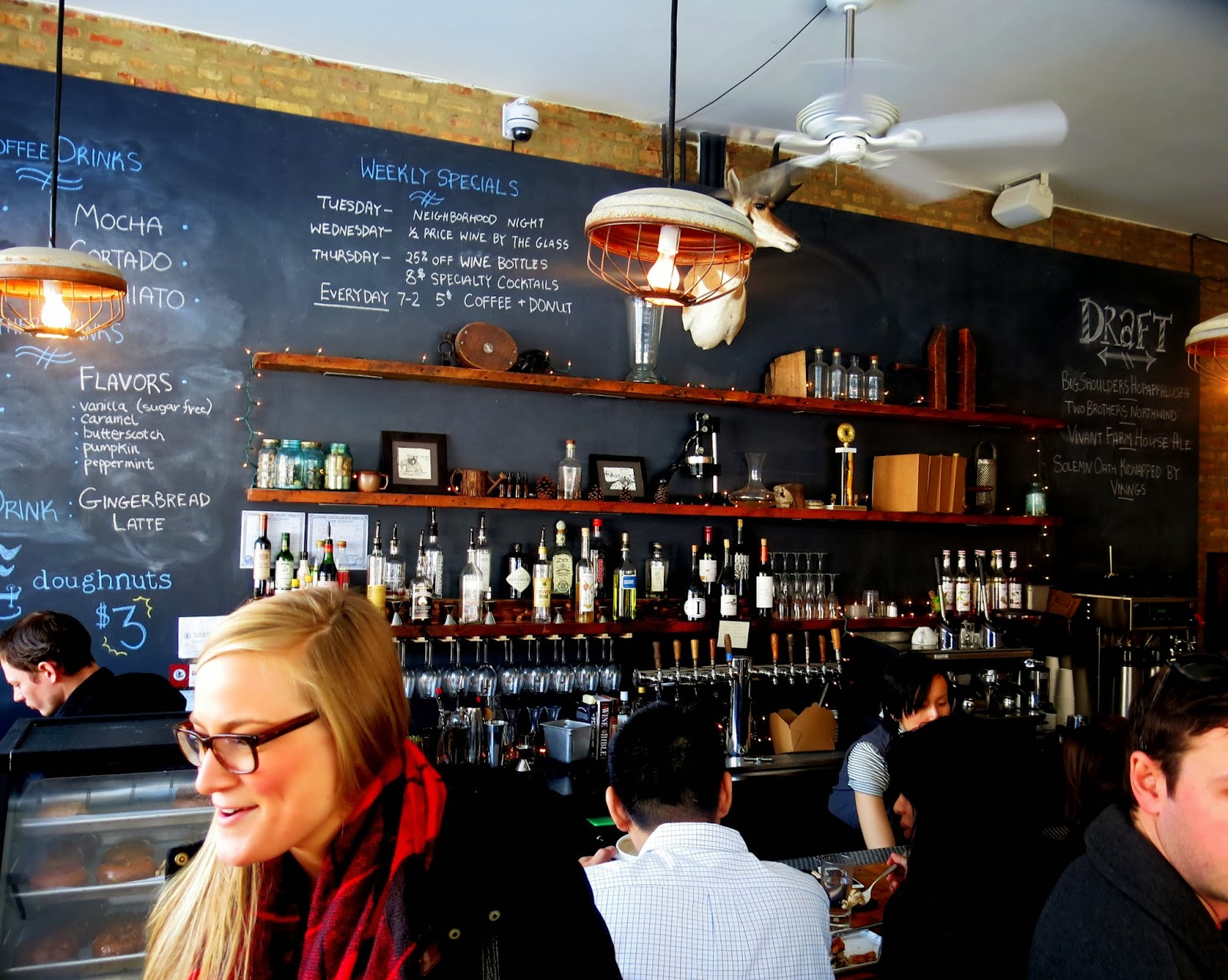 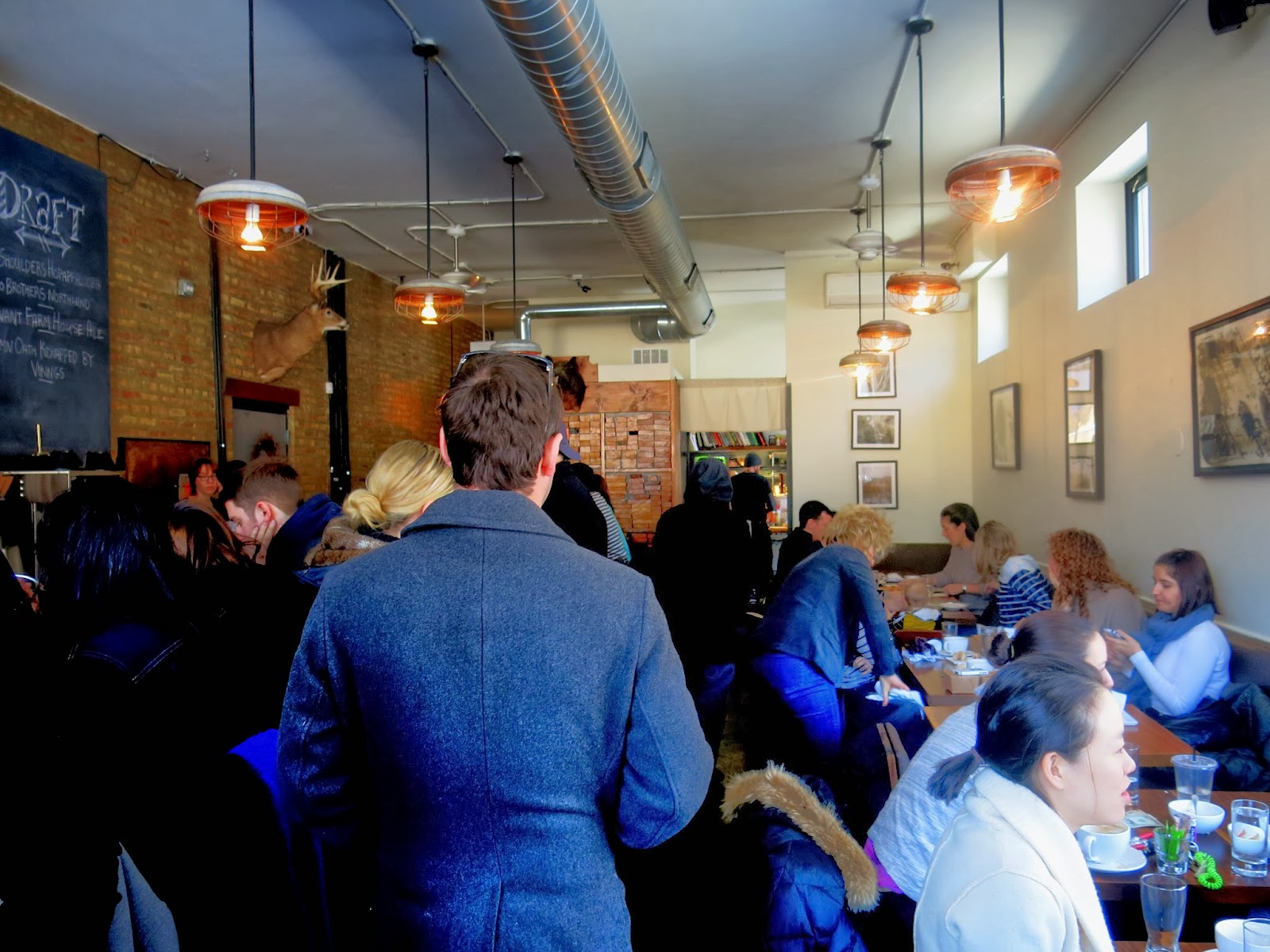 And so Brandy brought Brocco and his lovely lab assistant Brassica to Endgrain, the still fairly new and very innovative neighborhood joint, known for its down to earth style of fine dining.  Endgrain was a little small on the inside, and only seemed to grow smaller as it filled up with people.  One side of the room was taken up by a massive coffee bar and counter space, while the other housed tables with banquette and chair seating.  Brandy and company were escorted to a big table in the corner where they could observe the whole room.  The walls housed a variety of questionable looking taxidermied animal heads, which did help to dress up the modern, yet rustic space.

Brandy, Brocco, and Brassica ordered up some drinks from the extensive coffee bar to start off with; for Brocco, a creamy, warming chai tea, for Brassica, a rich and smooth hot chocolate, and for Brandy, a dark and deeply flavored mocha.  Brandy was very impressed by the quality of the drinks, all of which were extremely pure tasting, not having been watered down or made with inferior quality products like some other well known places do with their extravagant coffee beverages. 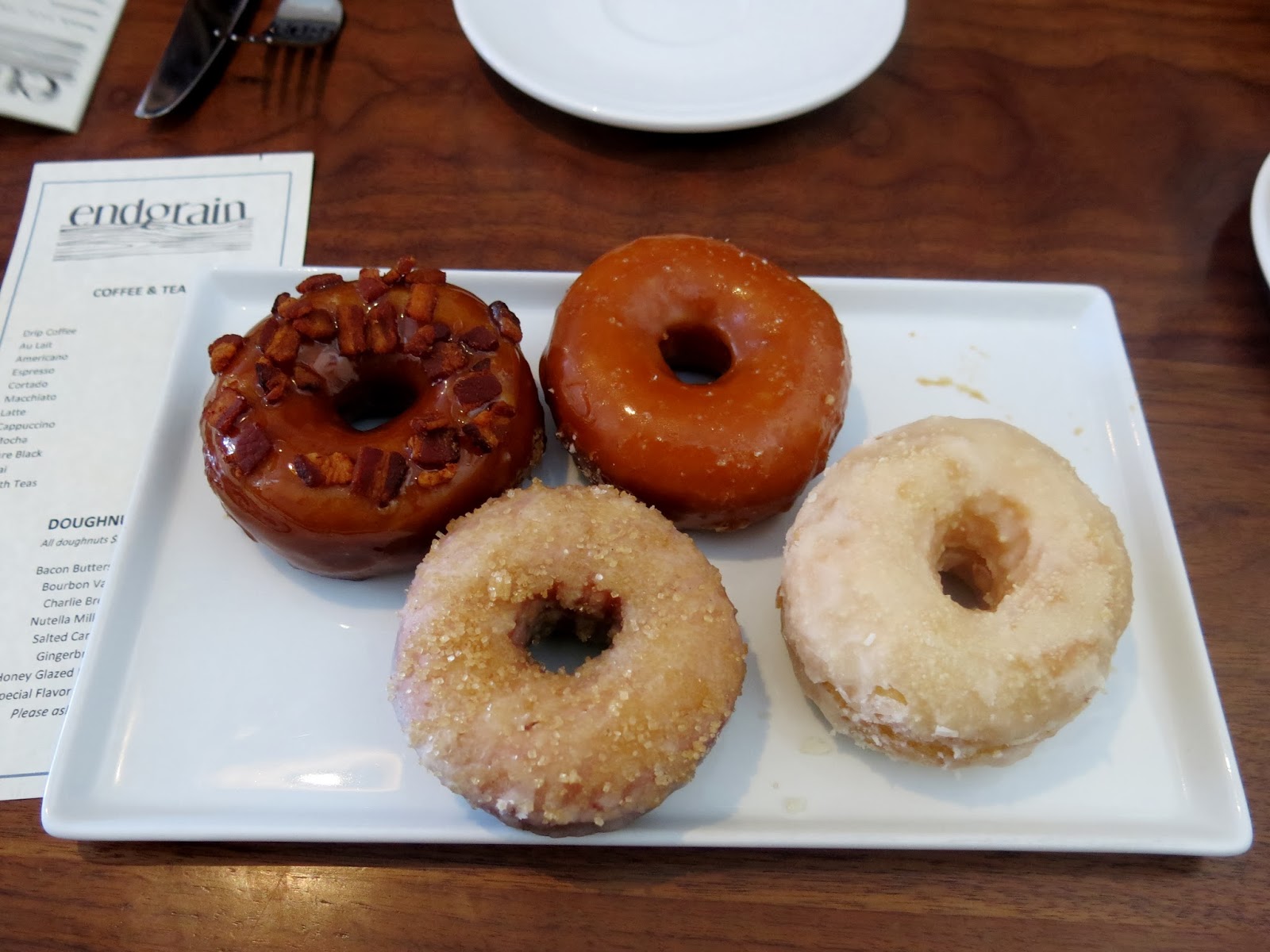 To start off the meal, Brandy insisted on trying some of Endgrain's infamous donuts.  The group decided on the Bacon Butterscotch, the Vanilla Bourbon, the Honey Glazed, and the Salted Caramel.  The Bacon Butterscotch proved to be a hit all around with its crisp bacon topping, decadent butterscotch glaze, and melt-in-your-mouth yeast donut.  The Salted Caramel was Brassica's favorite for its simplicity, while Brocco prefered the Bourbon Vanilla, which was the most traditional of the four, yet rich in flavor.  Brandy's favorite was surprisingly the Honey Glazed, which was more of a cake like donut that had been cut in half and filled with a delicious cream. 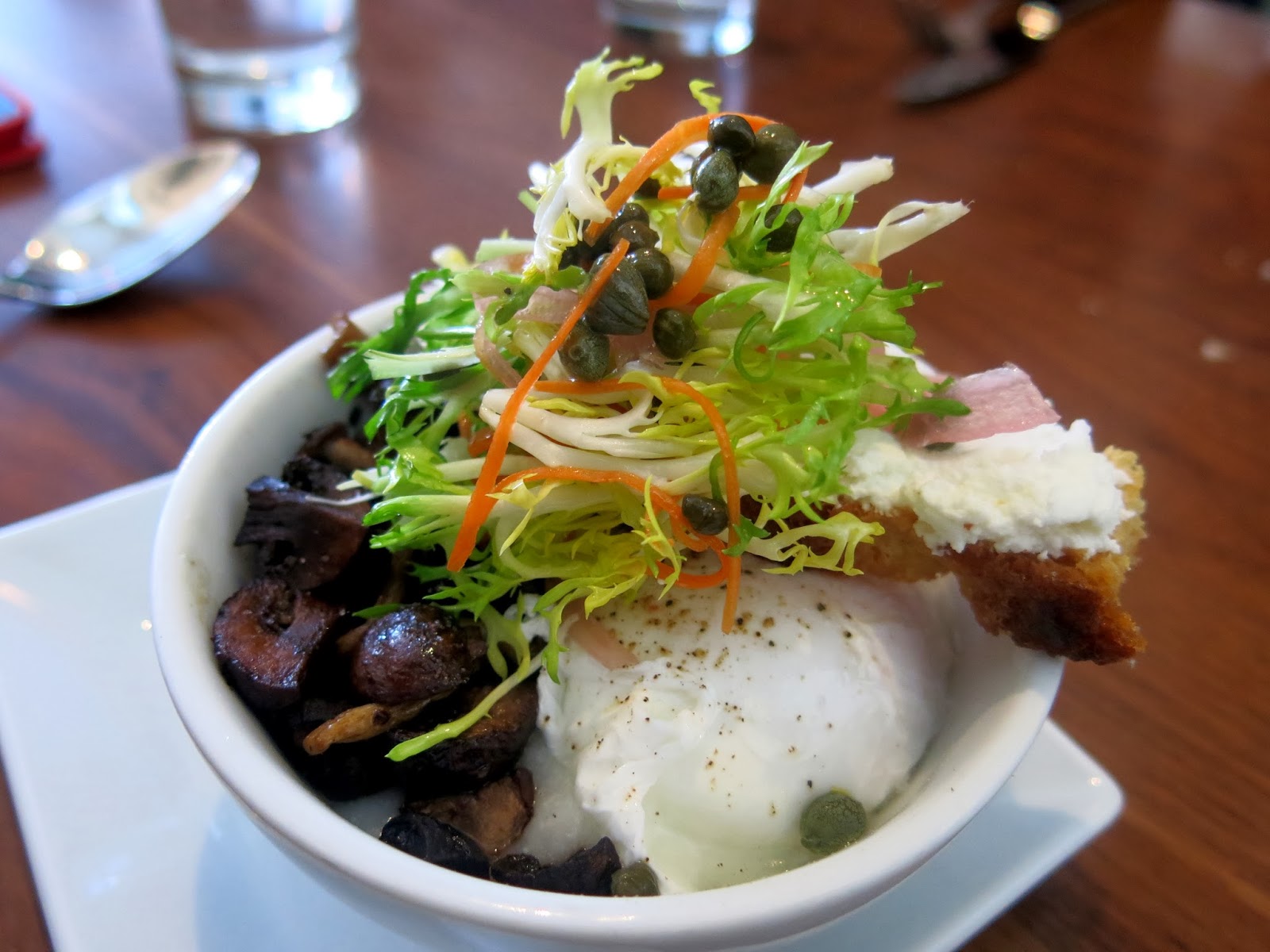 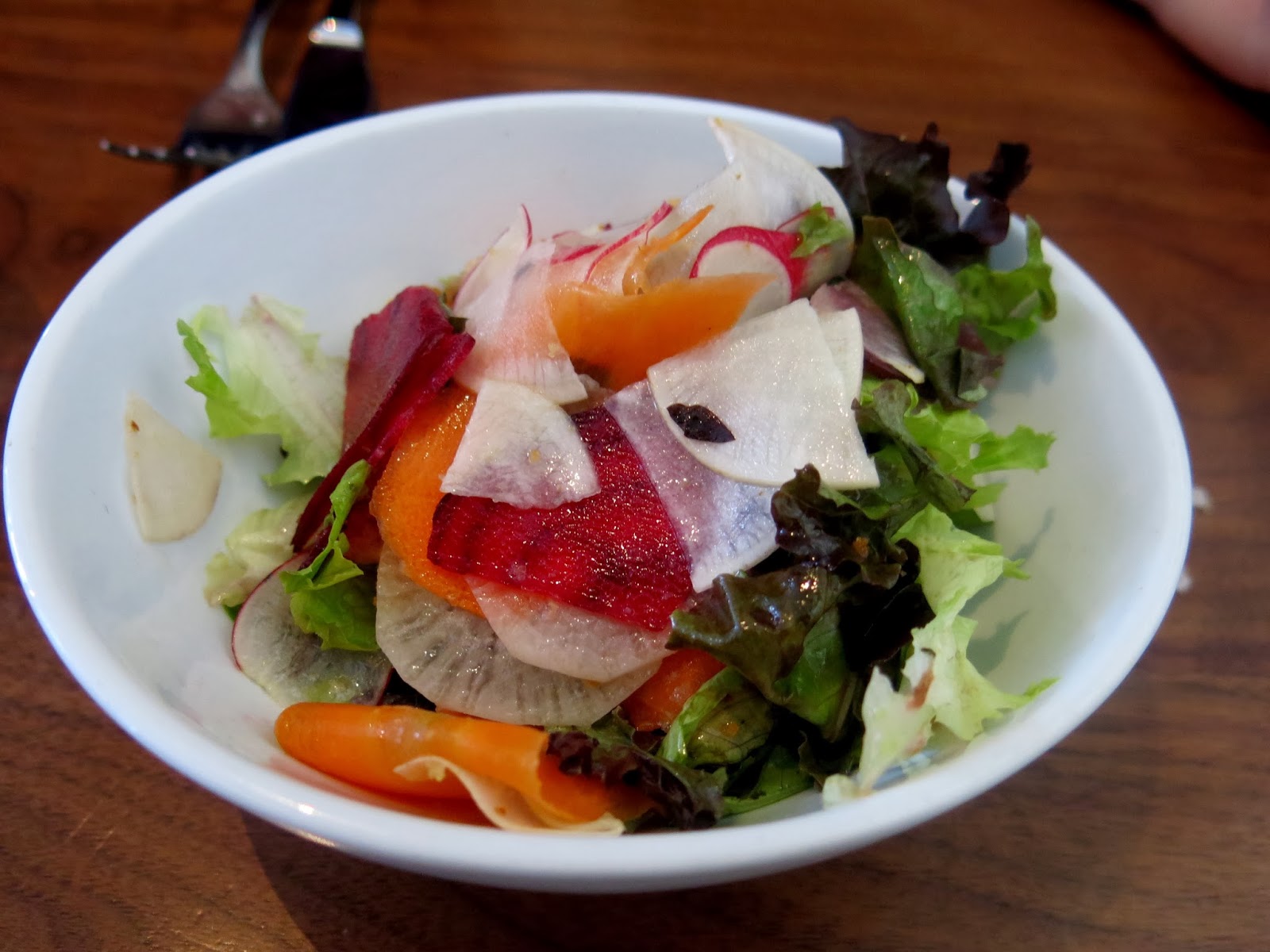 To balance out the decadence of the donuts, Brocco and Brandy ordered a couple of light appetizers.  Brocco went with the Shaved Vegetable Salad, which came as a beautiful little bowl with lots of color and texture from the various vegetation, greens, and garlic croutons.  Brandy went with the White Polenta, which came with a poached egg, roasted mushrooms, and a goat cheese covered crostini.  Brandy was really surprised by this dish, which had a nice salty pop from some capers, a rich earthiness from the mushrooms, and a crunch from a few springs of frisee.  "I don't really even know what to call something like this," Brandy mused, spooning through the fluffy polenta, which really just served as a blank canvas for the rest of the ingredients to play upon, "A hash perhaps?  A melange?"  "How about 'a bowl of food?'" Brocco suggested, enthusiastically.  "'A bowl of delicious food!'" Brassica piped in.  "Yes... I was thinking perhaps something a little more descriptive, but well done," Brandy said. 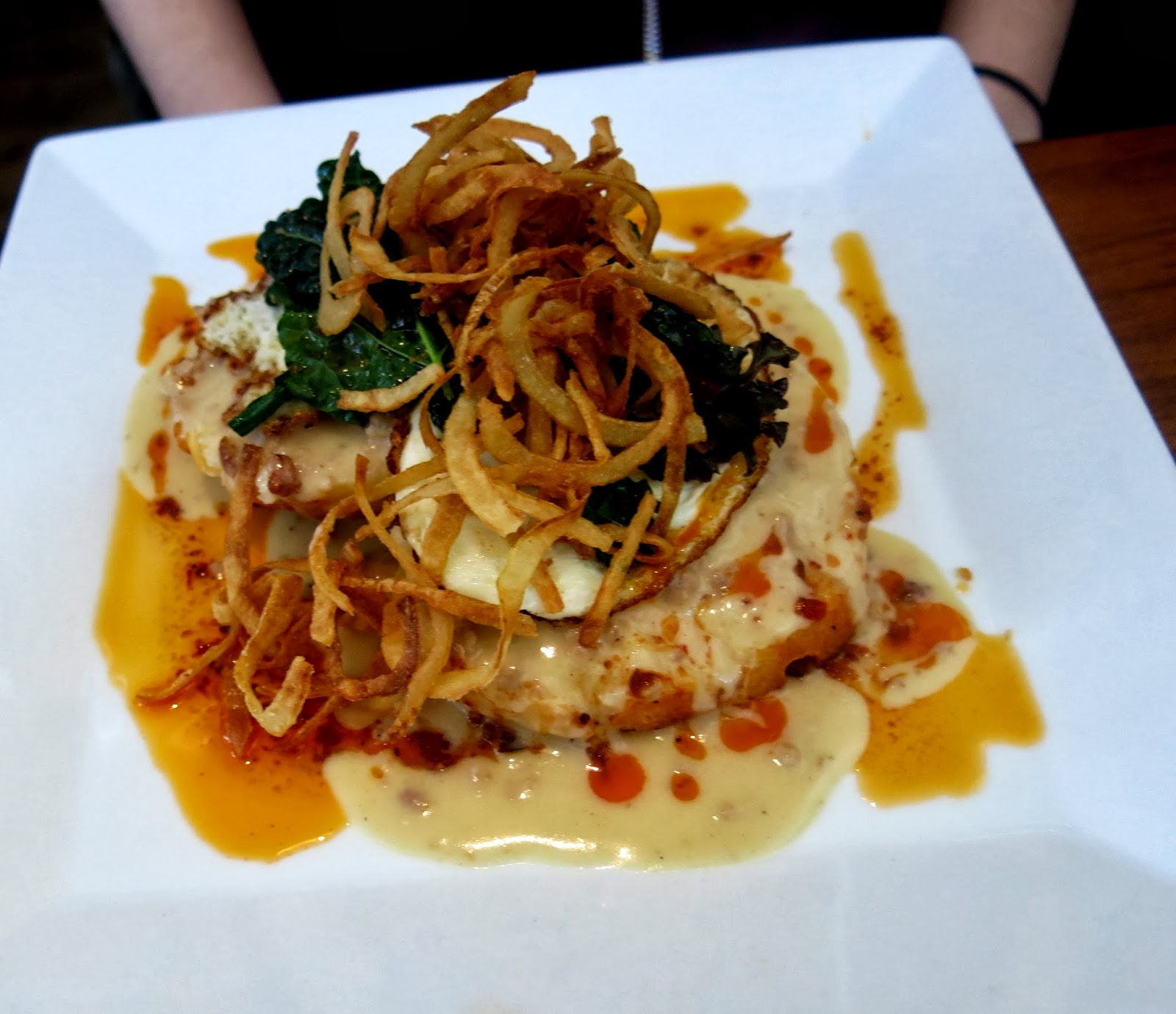 For her entree, Brassica chose the Smothered Biscuit, which came with crispy onions, fried eggs, and harissa sausage.  "Its plated quite beautifully, isn't it?" Brassica said, studying the dish with a large magnifying glass she had pulled out of her pocket, "Such an organic design!  See Professor Binto?  This is the kind of disbursement we need for the matrix interface in order for it to operate less mechanically!"  Brandy was utterly baffled by this revelation, but Brocco seemed to find it intriguing.  After making careful study of her plate, Brassica finally dove into the dish with gusto.  She reported the biscuit to be heavy and filling, but in a very satisfying sort of way, balanced nicely by the rich gravy, which had just the right amount of spicy kick to it. 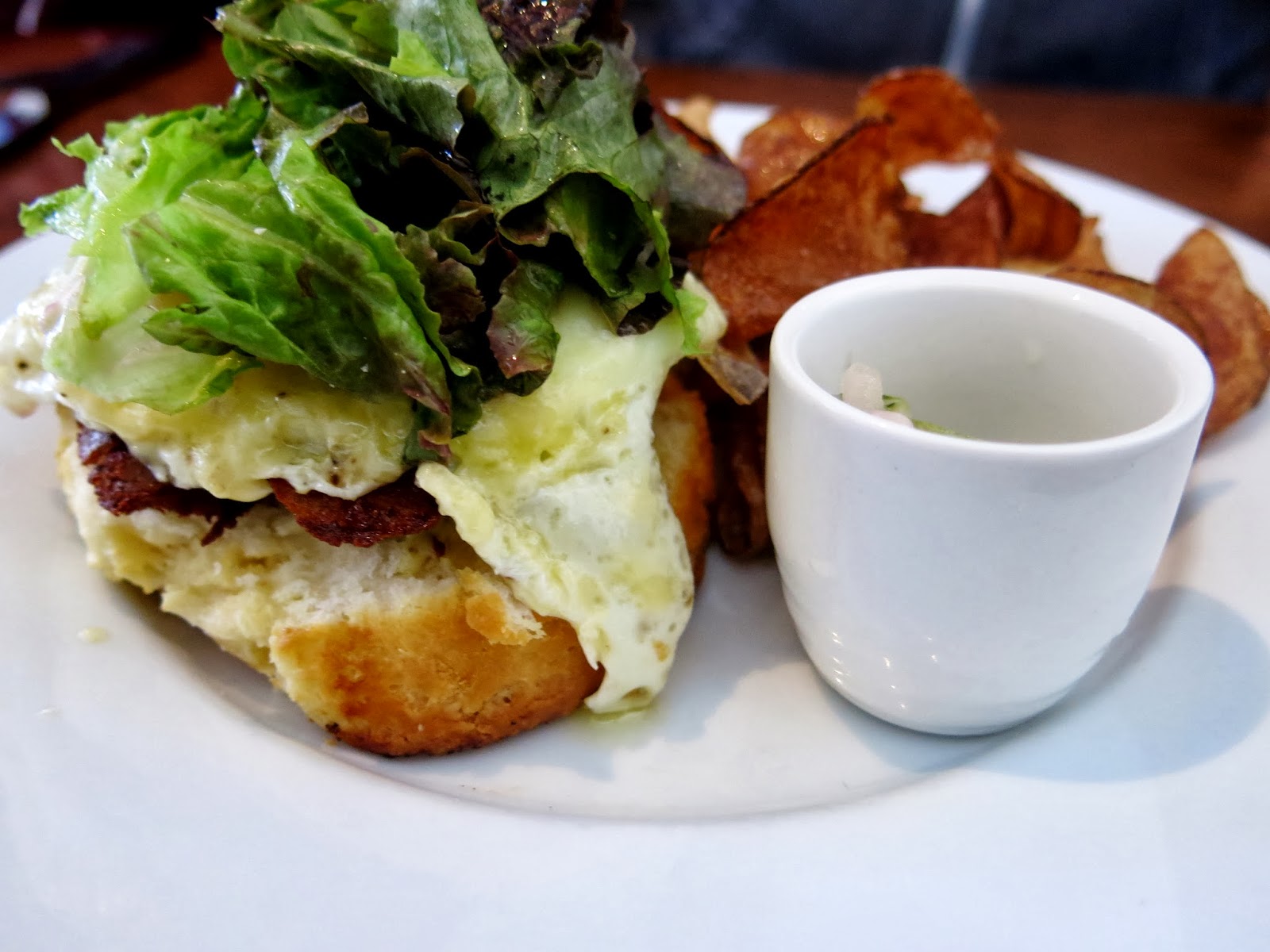 Brocco had gone with the BBQ Pork Biscuit Sandwich, but since he has become a strict vegetarian ever since designing an abattoir that was just a little too efficient, he substituted the meat for a a vegetarian sausage patty.  Brocoo really loved the punch from the jalapeno aioli matched with the sharp, creamy cheddar cheese, the fresh greens, and the beautifully fried egg.  "I do wish I could experience this sandwich in its intended glory, though," he sighed, "But I made a promise to the porcine community and I'm sticking to it." 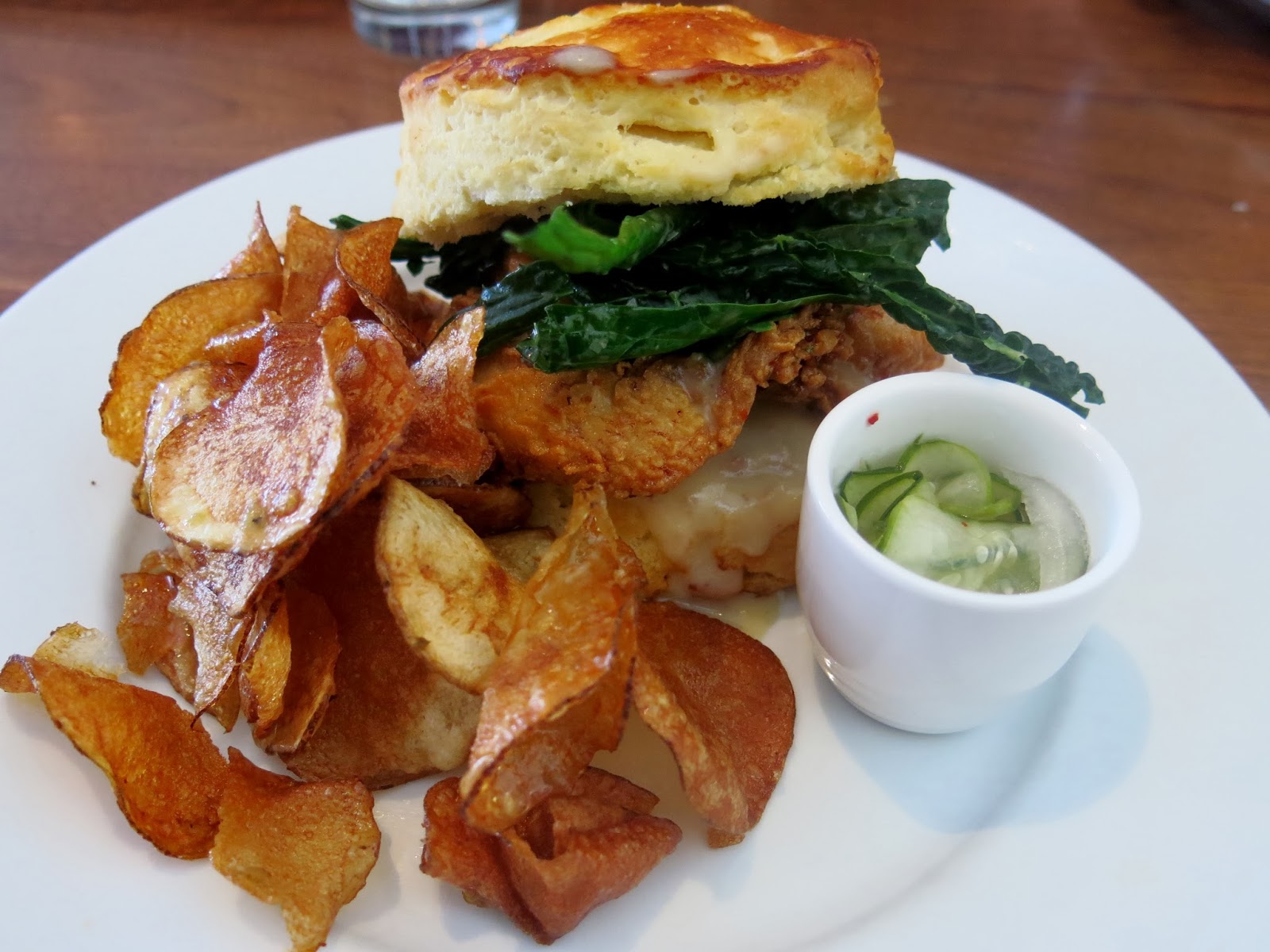 Brandy also went with a biscuit sandwich, but hers was served with a fried chicken cutlet.  Brandy found it a little difficult to eat the tender, buttery sandwich with her hands, as it crumbled quite a bit with each bite.  The chicken itself was amazingly juicy and a triumph on its own, but when combined with a little wilted kale and pork sausage gravy, it made for a truly satisfying, rustic flavor combination.  Brandy was also rather delighted by the side that came with the sandwich, namely the thin and crispy homemade potato chips, which had a brilliant smokey spice to them, and the sweet house made pickle slices.  "I don't usually care much for pickles," Brandy said, studying one of the emerald colored circlettes, "But these I would gladly put on almost any sandwich."

Several coffee drinks, two appetizers, three entrees, and approximately two donuts each (Brandy demanded a few more to take home with her) only averaged each person about $35 after tax and tip, which Brandy thought was quite an impressive value for such high quality food.  The service too had been extremely friendly and attentive, especially impressive when one considers how crowded the restaurant got.

Just as Brandy had planned, Brocco seemed to be flooded with new ideas as they made their way to the front.  "What about a bicycle helmet that dispenses donuts straight into your mouth while you are riding?  Or a travel mug split internally in two so that you could have coffee in one side and tea in the other?" he was excitedly relating to Brassica, who was doing her best to put on her gloves at the same time as writing everything down.  In their hurry to record Brocco's torrent of inspiration, they actually lost track of Brandy, but soon collected her when they realized she'd gone back inside to order more donuts. 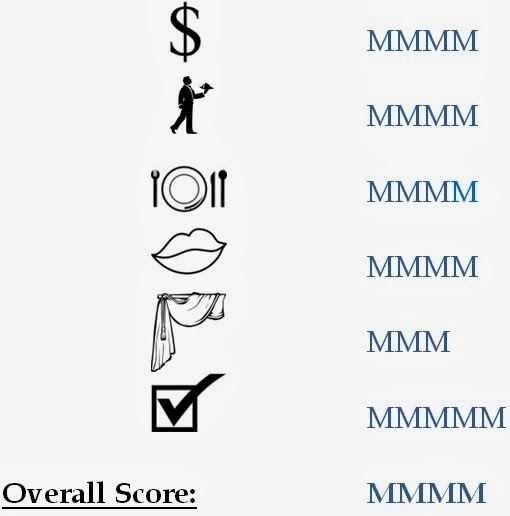