Cafe Vienna or The Taste of Music 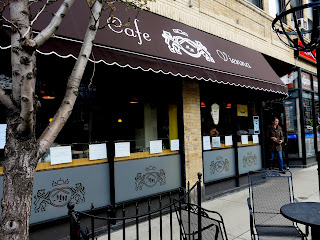 There have been numerous times in Brandy's life when she has served as a muse to various artists of all sorts.  Whether it was posing for painters, proposing prose for poets, or inspiring the whole Dadaist movement by accident one drunken night, Brandy has always been at the forefront of the arts where ever she goes.  There was even a time when she became a muse for a very talented violinist while living in Austria.  Brandy had taken up a job as a waitress in a small but busy cafe where members of the artistic community liked to gather.  One day, she was doing a particularly complicated maneuver which included pouring coffee for a sculptor, delivering pats of butter to a novelist, and taking the order of an old actor all at once when she made a turn a little too sharply and knocked the block of marble the sculptor had been working on off his table and onto her foot.  The scream she left out as her poor toes were crushed beneath the stone silenced the little dining room for a moment, but the a tall young man stood up and proclaimed her utterance to be the single most beautiful tune he had ever heard.  As it happened, this man was the first violinist for the Vienna Symphony Orchestra, and he immediately offered Brandy an outrageous sum of money to quit her waitressing job and help him develop his new opera. 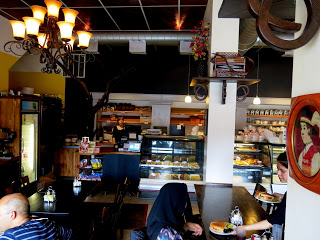 It was perhaps this time in her life that Brandy was reminiscing about when she happened upon Cafe Vienna (formally Austrian Bakery) in Lincoln Park.  Unable to resist the lure of Bavaria, Brandy entered to find an elegant, yet homey bakery, stocked with loaves of bread, delicious looking cake slices, pastries, and cookies and populated by a few heavy wooden tables and a long counter by the window.  A smiling girl behind the counter bid her to help herself to a menu and a place to sit, which Brandy did happily. 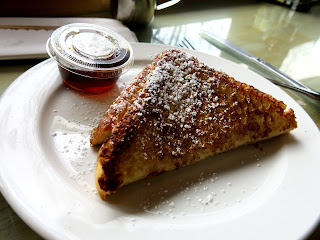 The menu boasted an interesting mix of American staples and traditional Austrian fair.  Though Brandy was eyeing up one of the house specialties (the Chicken Schnitzel in particular) the lure of breakfast foods was too great.  She started off with a small order of French Toast, which came served with maple syrup and powdered sugar(which the waitress kindly informed her was one slice of bread, cut in half.  "That should be perfect, dear," Brandy answered, "I only want a little bit of sweetness for now.").  This was quite simply French toast done right; no fancy flavorings or toppings, just soft, eggy bread with a very thin caramelized crust, a hint of sweetness from the sugar. and a buttery finish. 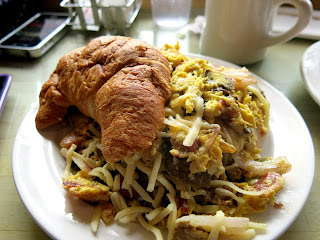 For her entree, Brandy chose the Croissant Sandwich, which she customized with bacon, mushrooms, onion, and Swiss cheese.  Brandy appreciated that the meal included a cup of coffee, a courtesy rarely seen any more at more fashionable places.  The term "sandwich" was here used very loosely, as the plate seemed to be a delicious looking heap of Brandy's chosen ingredients mixed with scrambled eggs with the top of a croissant resting cheekily on top (further investigation uncovered the bottom of the croissant buried beneath the mound of food, which made Brandy laugh, "I feel like Bunny, digging for treasures!").  Brandy happily dug into the dish with knife and fork.  The croissant proved more bread like than a traditional French croissant, which is usually more flaky and buttery, but Brandy thought this firmer version stood up better to the rustic meal.  The eggs and their accompaniments had a distinct flavor of butter without being greasy, and the veggies were wonderfully flavorful.  Brandy especially liked that the bacon was cut into chunks, which proved to be delightfully chewy. 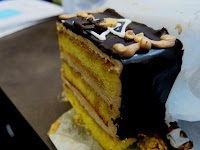 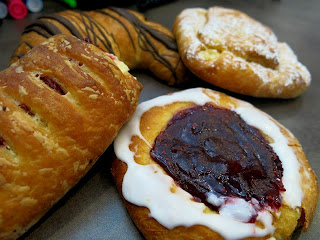 Though full to the brim with good food already, Brandy decided to take a few things on the road with her.  She chose a selection of breakfast pastries like a Chocolate Croissant and a Raspberry Danish to take her through the weekend.  While perusing the cases at the front of the shop, Brandy also spotted several decadent looking layer cake slices, and upon inquiring as to what their flavors might be, she decided upon the Opera Cake, thereby honoring the time she once spent with that young Venetian violinist.

Amazingly after all that, Brandy left Cafe Vienna with only about $27 missing from her pockets.  She loved the sociable girls who had not only been waitressing efficiently throughout the room that day but also manning the till and filling carry out orders, as they reminded Brandy of her days in her own little cafe in Vienna.  "Keep up the good work, ladies," she bid them as she walked to the door, "You never know when a broken glass or a dropped fork might inspire someone to write an opera!" 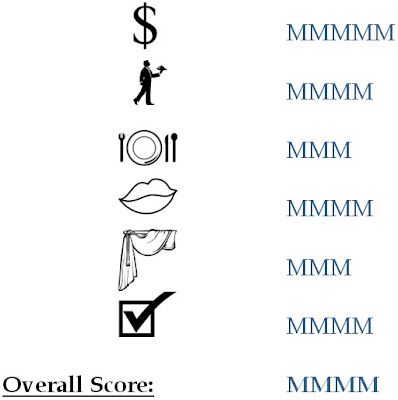