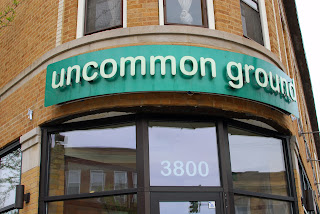 Many have wondered whether or not Bunny and Brandy are baseball fans, and if they are, what side of the Great Chicago Divide they prefer.  Truth be told, while Bunny has a passing fancy for the game, Brandy is the real competitor, keeping a healthy stack of score cards in her purse at all times.  Bunny often teases her, claiming Brandy has become a Bob Hope, or in other words, someone British pretending to be American.  "On the contrary," Brandy will respond through gritted teeth whenever the subject is brought up, "Knowing a little about the native customs keeps one in good favor with the locals.  Imagine if England and the States were to suddenly go to war against each other.  They'd think twice about throwing me in the poky for being a spy, but you on the other hand..."  and Bunny would reply, "Yes, well, I'm married to an American, so that's all the blending in I need to do, thank you very much."

Brandy's determination to turn Bunny into a dedicated baseball fan like herself led her to arrange tickets to a Cubs game for the two of them and their every present American expert, Biscuit Brown.  Unfortunately, the weather had other plans, so Our Ladies and guest decided to take shelter from the storm at Uncommon Ground, up Clark just a few blocks from Wrigley Field.  A 45 minute wait was made much more pleasant by several places to sit in the meantime, including the spot they eventually settled on, a few arm chairs around a wood burning stove.  The interior of Uncommon Ground was very cozy and bright, with seating ranging from cushioned window seats to traditional tables.  Soon Our Ladies and guest were whisked away into a room lit with strands of Christmas lights strung through faux ivy vines.

First came the drinks: for Biscuit a rather spicy but lovely Blood Mary, for Bunny some Press Pot Coffee, and for Brandy a tea concoction called Blossom Tonic, which tasted brightly of blackberry. 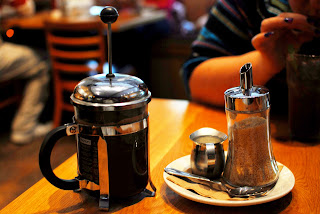 For starters, they ordered some Sweet Potato Fries with Goat Cheese Fondue.  The fries were amazing; crispy outside, soft interior, and tasting of sweet sweet freshness.  The warm fondue was equally as scrumptious, having Our Ladies and guest running their fingers along the inside of the ramekin to get every last bit of it. 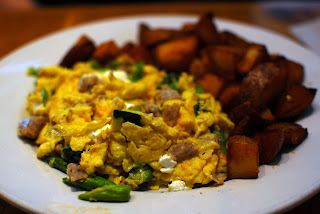 Brandy chose the Spring Scramble as her entree with a side of Banana Bread.  The potatoes on the side of the dish were spiced with paprika, lending them an unusual and unexpected sweetness.  The omelet was wonderfully made.  Not too fluffy and laden with asparagus, spinach, chicken sausage, and goat cheese, the result was wonderfully hearty, without being too filling.  The banana bread was also a nice surprise. Our Ladies were glad to see that such care had been taken with plating something so simple. 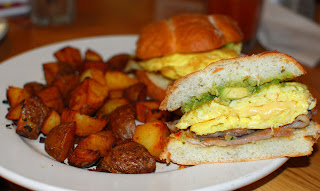 Biscuit chose a Canadian Bacon Torta, which consisted of refried beans, scrambled eggs, avocado, and the aforementioned bacon on a soft roll.  "It's the perfect combination of breakfast and lunch," Biscuit said cheerfully.  "Would you say its a home run?  Or a double play?" Brandy quipped.  Bunny shook her head while Biscuit scratched hers. 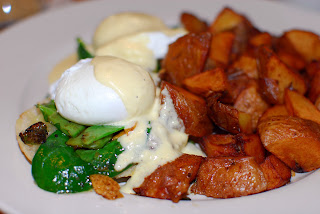 Bunny went for her old standby, the Benedict, but this time served with snow peas and spinach, which added an interesting texture to the well known dish.  Other than that, it was simply a well made Benedict; nicely poached eggs, good sauce, and perfect english muffins.  The only problem seemed to be that the cook forgot about Bunny's Canadian bacon, though the server soon remedied the situation.
Perfect service matched with an unbeatable friendly atmosphere definitely made Uncommon Ground memorable for Our Ladies and Guest.  And without having lightened their wallets too much, they were free to splurge on peanuts and cracked jacks at the old ball game, where Biscuit and Bunny soon realized the real reason behind Brandy's love of baseball; tight uniforms.
The Short and Sweet Review: 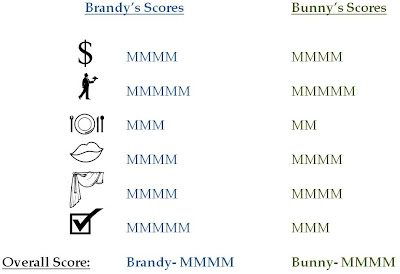 Posted by Bunny and Brandy at 8:04 PM