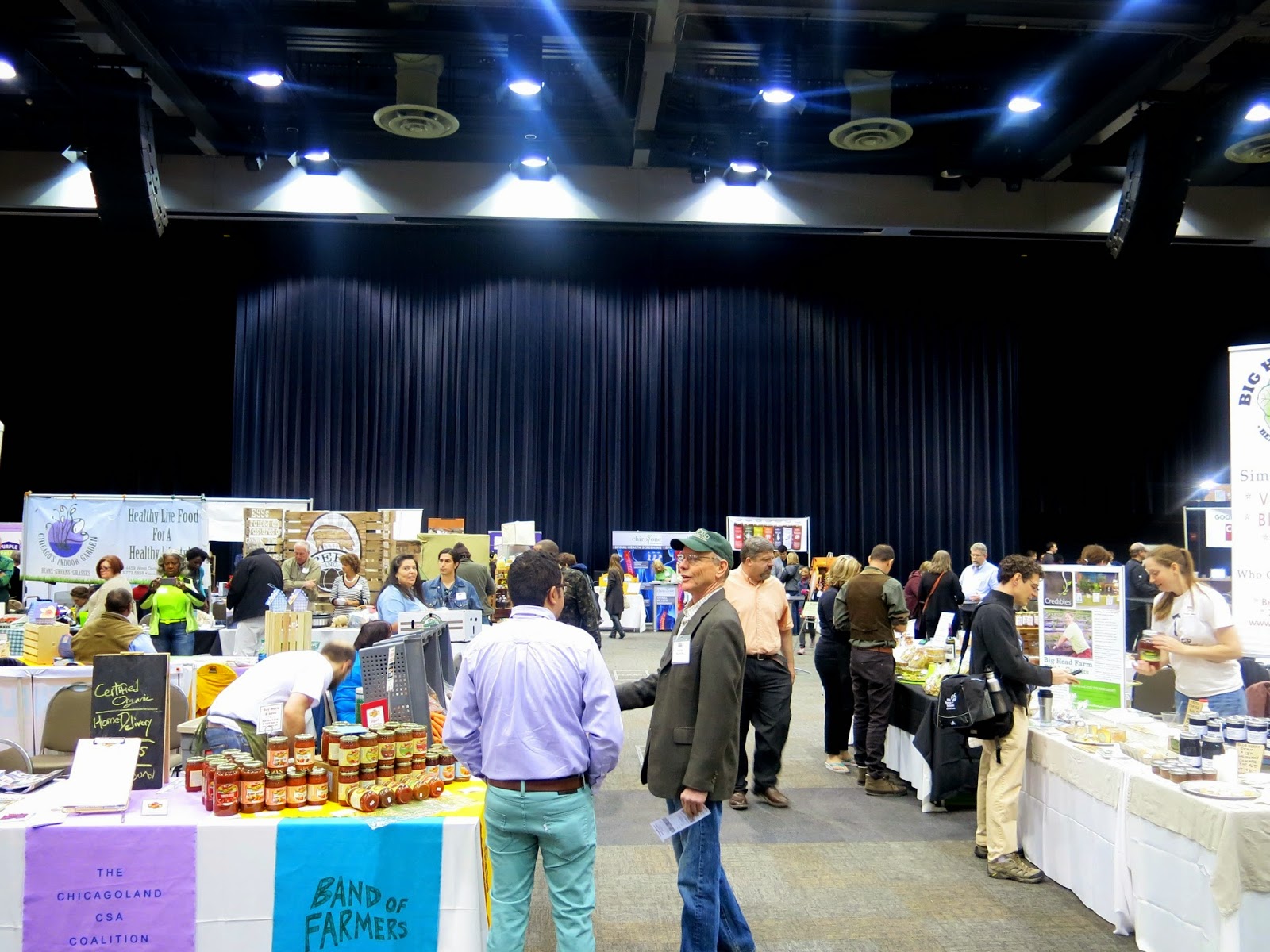 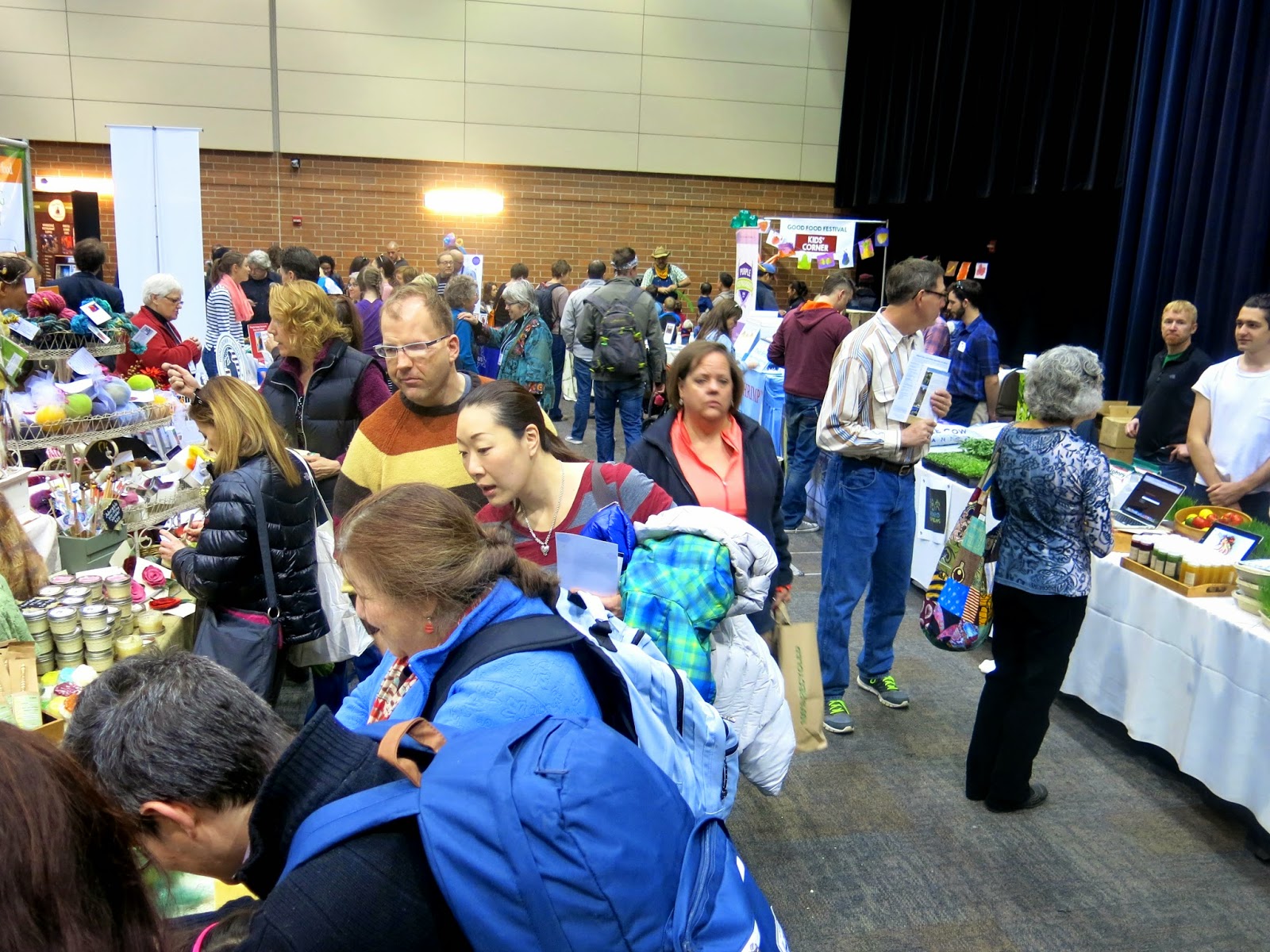 Though Brandy's interest in food sometimes isn't focused on the healthier side of things, it is most definitely focused on the quality.  Knowing that the people who harvest, prepare, and sell food have put their heart, soul, and skill into their products is ultimately what makes for good food in Brandy's book, so when she caught wind that the Good Food Festival and Conference was coming back to Chicago a few weeks ago, Brandy knew she just had to check it out. 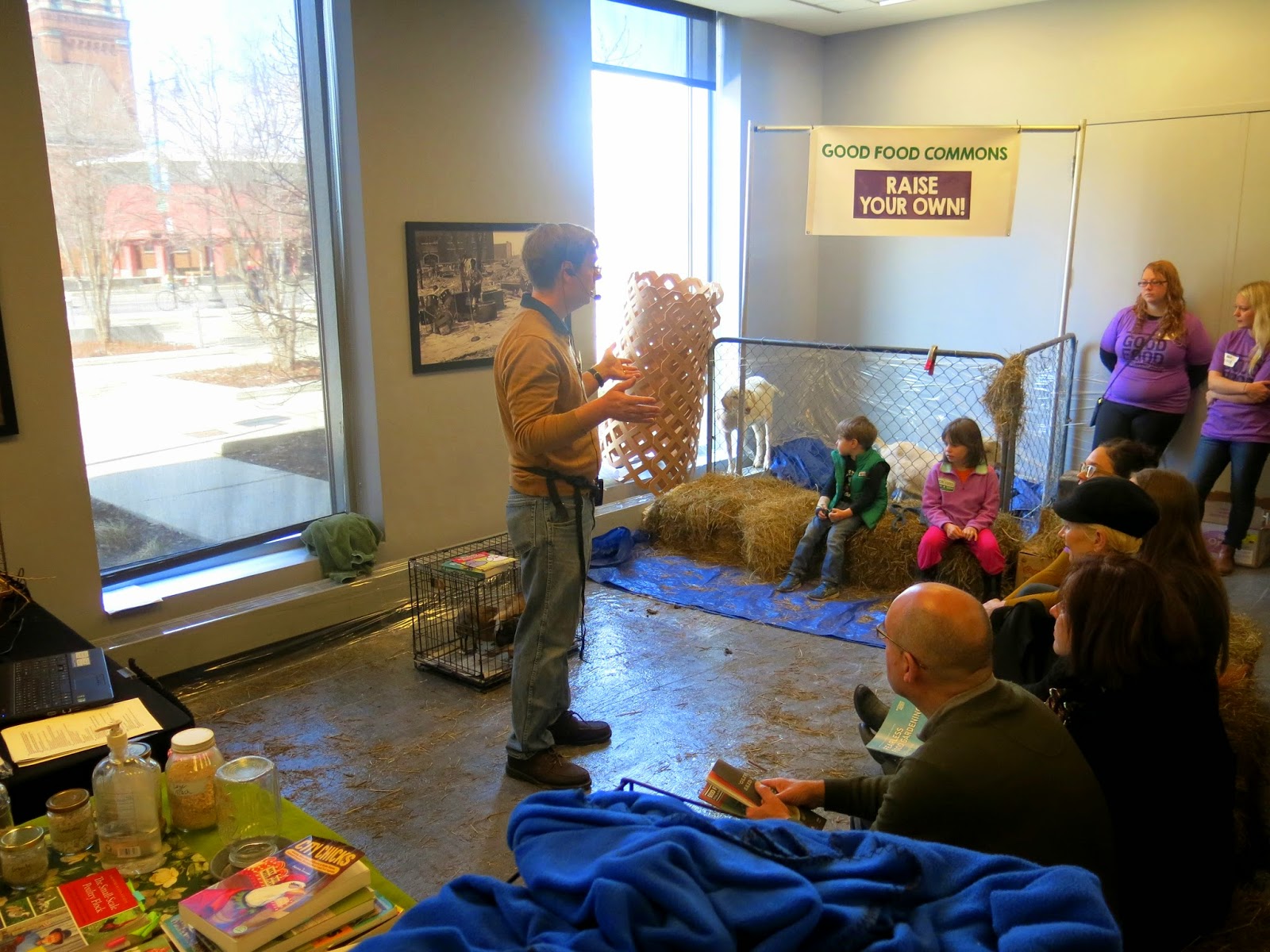 The Good Food Festival was a three day symposium at the UIC Forum that focused on local, sustainable products and practices with talks and demos from industry professionals, farmers, chefs, and more.  The focus on the festival was to connect and educate the public about positive changes coming from the food industry as well as the benefits of making positive changes at home.  "Anything that brings more delicious food into my kitchen is an exciting prospect in and of itself," Brandy said, "But if the food is delicious, healthy, and good for the environment, all the better." 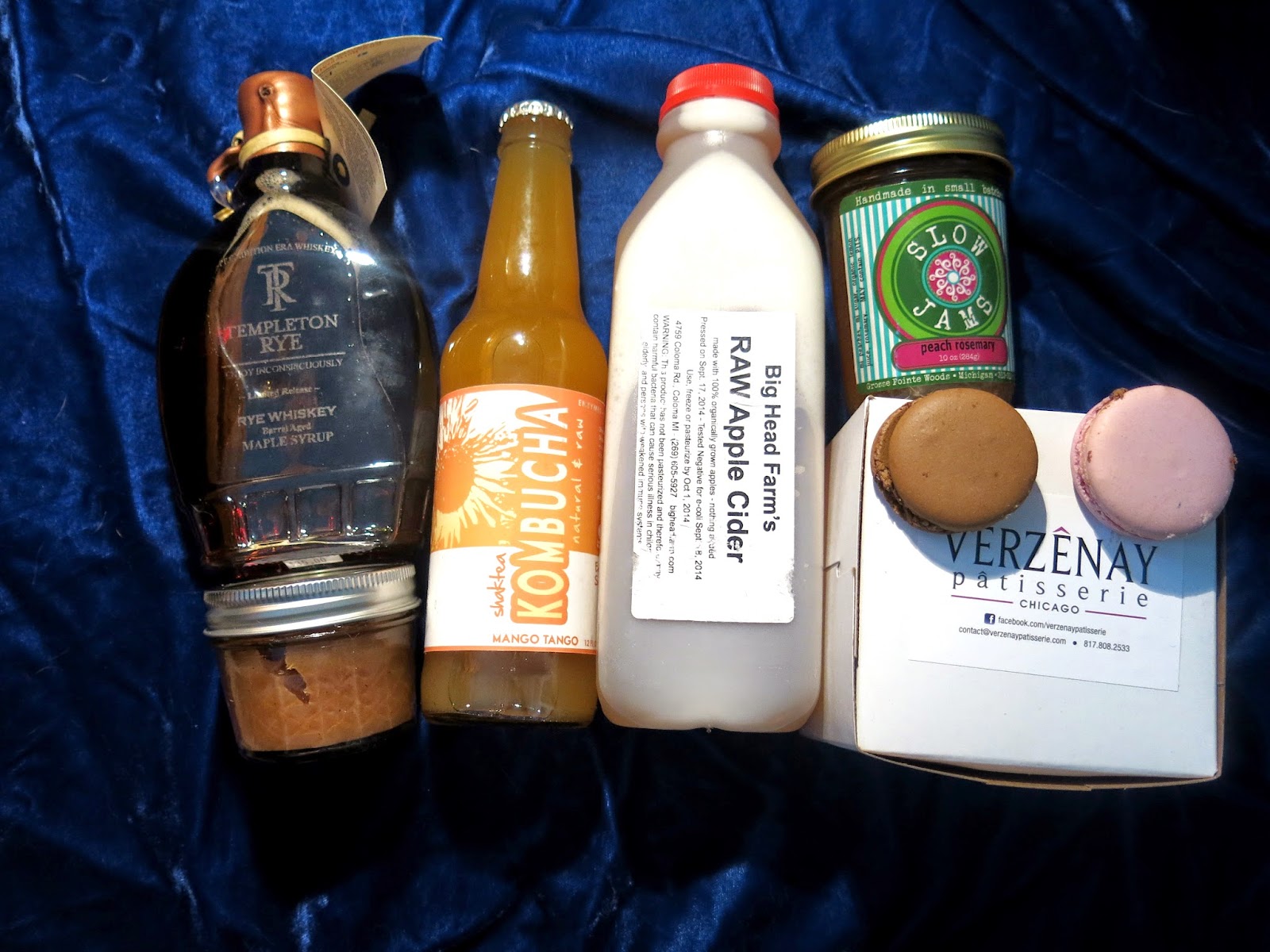 The first few days of the festival were taken up by informative industry only networking sessions and talks with Saturday being the main focus for the crowds of food fans.  Saturday was split into several parts; the main festival where over 150 vendors were set up with informational booths, from which they handed out samples and reading materials on their services and products, and the Demo floor, where experts gave educational speeches on topics as varied as compost, home made beauty products, using soup as medicine, and even bringing in livestock like goats, ducks, and chickens so that city folk could get up close and personal with exactly where their food is coming from.

Brandy discovered quite a few gems on the Good Food Festival floor.  There was Verzenay Patisserie, who constantly had a crowd around their booth, ooing and aweing over the delicious treats on display, especially their unique savory macaroons in flavors like Truffle Mushroom and Goat Cheese and Fig.  The Slow Jams booth also caught Brandy's eye with its unique homemade jams that combined fruits and herbs, such as in the Peach Rosemary and Blueberry Lavender.  Big Head Farm's booth had all kinds of apple goodies, so Brandy was sure to scoop up some raw apple cider as well as vanilla bourbon infused apple butter (which barely made it through Brandy's long bus ride home, as she was desperate to crack it open right away).  By far, Brandy's favorite discovery at the Good Food Festival was the artisanal maple syrups from Burton's Maplewood Farm, who aged their high quality products in barrels from distilleries like Koval Whiskey and Prichard Rum.  Brandy simply had to take home a bottle of their limited edition Templeton Rye maple syrup, which she now emphatically states is the best thing that ever happened to pancakes since the invention of butter. 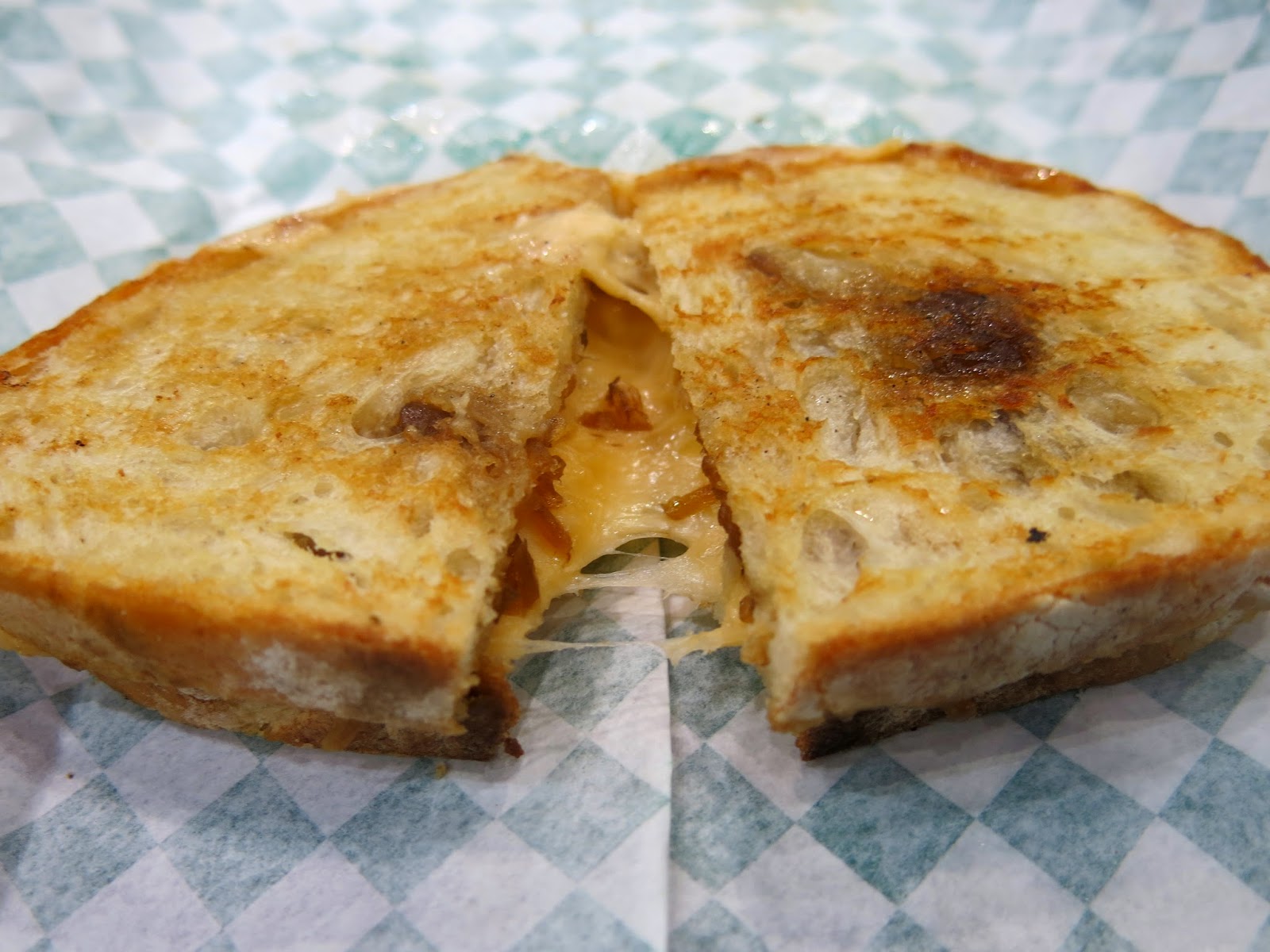 Over in the food court area, Brandy lunched on a delicious sandwich from Gayle's Best Ever Grilled Cheese, which used only local ingredients to create their gourmet combinations, like the Southport with Butterkase cheese and smoked onion marmalade from Southport Grocery.  As a side dish, she snacked on turkey meatballs and lemony green beans from the Artizone booth, who were handing out stacks of yummy recipes.  For a decadent dessert, Brandy indulged in a completely vegan Chocolate and Peanut Butter Tart from Chicago Diner that had her licking her fingers with joy. 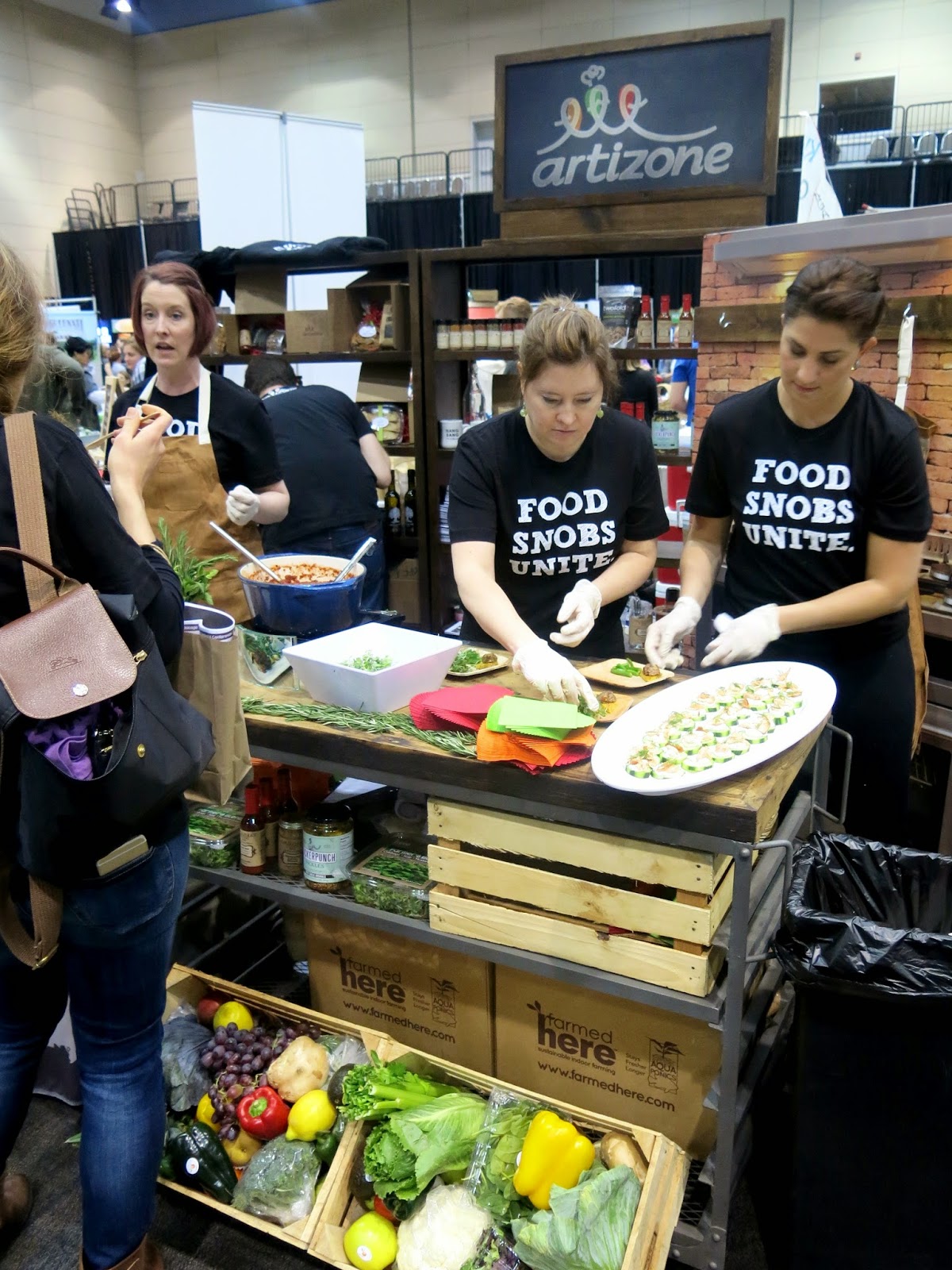 Her arms laden with goodies, her stomach full of good food, and her head full of knowledge, Brandy happily headed home from the Good Food Fest, already looking forward to what next year's festival would bring.  "There is just so much good local food out there that it's hard not to support all these excellent people and their quest to make the food world better," Brandy mused, "Though I wouldn't mind if some of these places weren't a tad more local.  As in my kitchen, cooking me dinner for this evening at this very moment.  Though I suppose that wouldn't be a sustainable situation."

The writers of this blog were invited to attend the festival free of charge, but all products from the individual vendors mentioned were purchased on site.