Oktoberfest Dinner at The Bergoff 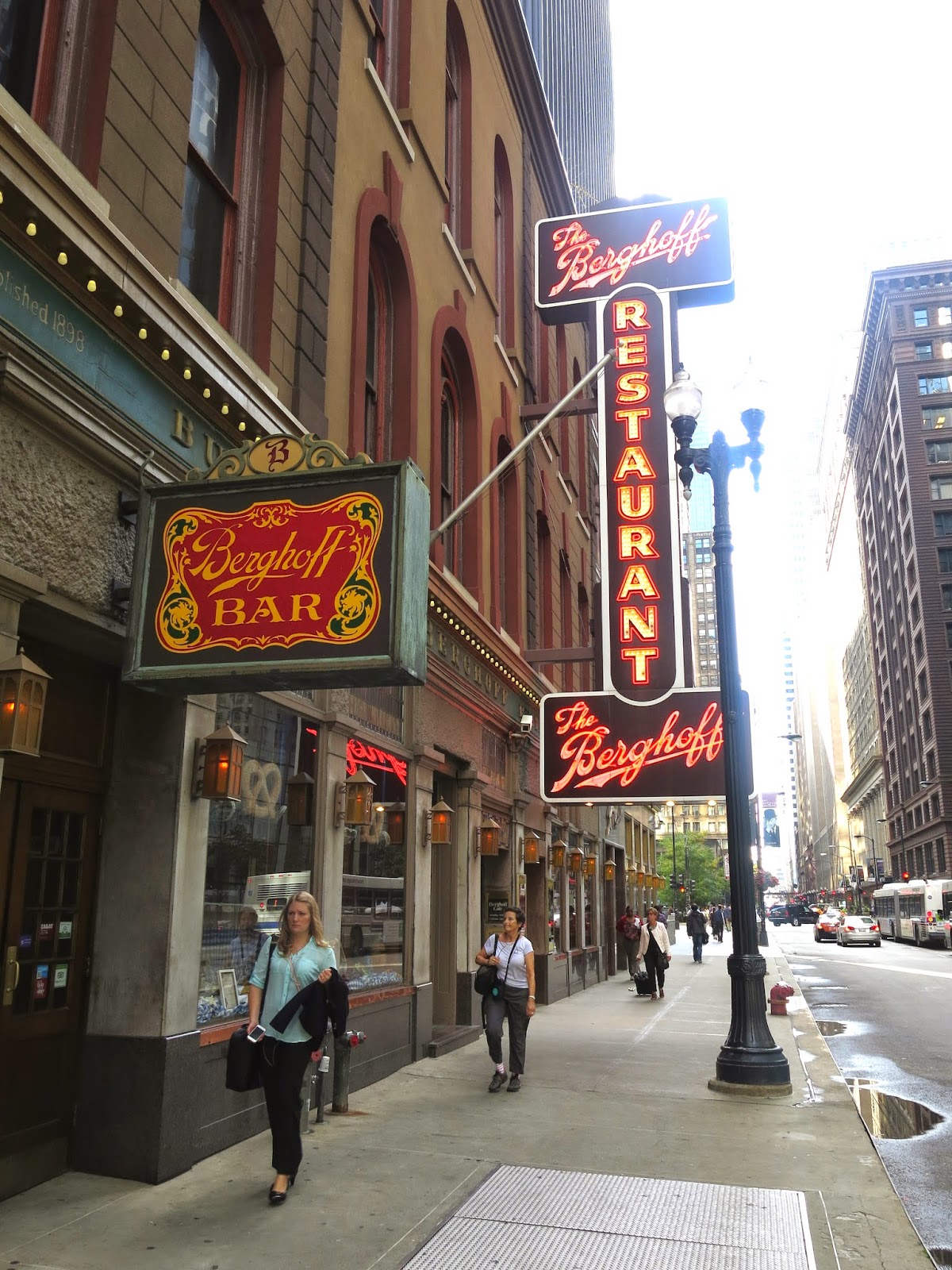 The fall always makes Brandy nostalgic for the time she spent in Germany many years ago.  The beer gardens, the hearty food, the Oompa music, all of which when combined with the incoming crisp autumn air can mean only one thing:  Oktoberfest!  Oh, the many evenings (and mornings and afternoons for that matter) Brandy whiled away with a pint of lager, a bratwurst in hand, and a delightful band pumping out "The Donkey Song" for the crowd's delight.  "I'm normally not much of a beer drinker, but Oktoberfest is a whole different ball of wax," Brandy says, "Fall may mean pumpkin flavored coffees for Americans, but for me it never feels like the end of summer until I have a frothy, malty, golden lager to sip on."

Luckily for Brandy, she recently had the opportunity (through her delightful friends at Chicago Food Bloggers) to preview the Oktoberfest menu at the world famous Berghoff, a Chicago landmark that generations of people have come to count on for traditional German food and beer.  Owned and operated by several generations of the Berghoff family, the restaurant is famously the first to obtain Chicago's first liquor licence after prohibition was repealed.  Though their focus is on traditional European fair, in recent years they have added bits to their menu to help contemporize and Americanize things just a tiny bit, but as evidenced by the popularity of their Oktoberfest celebrations, their roots and heart will always be in Germany. 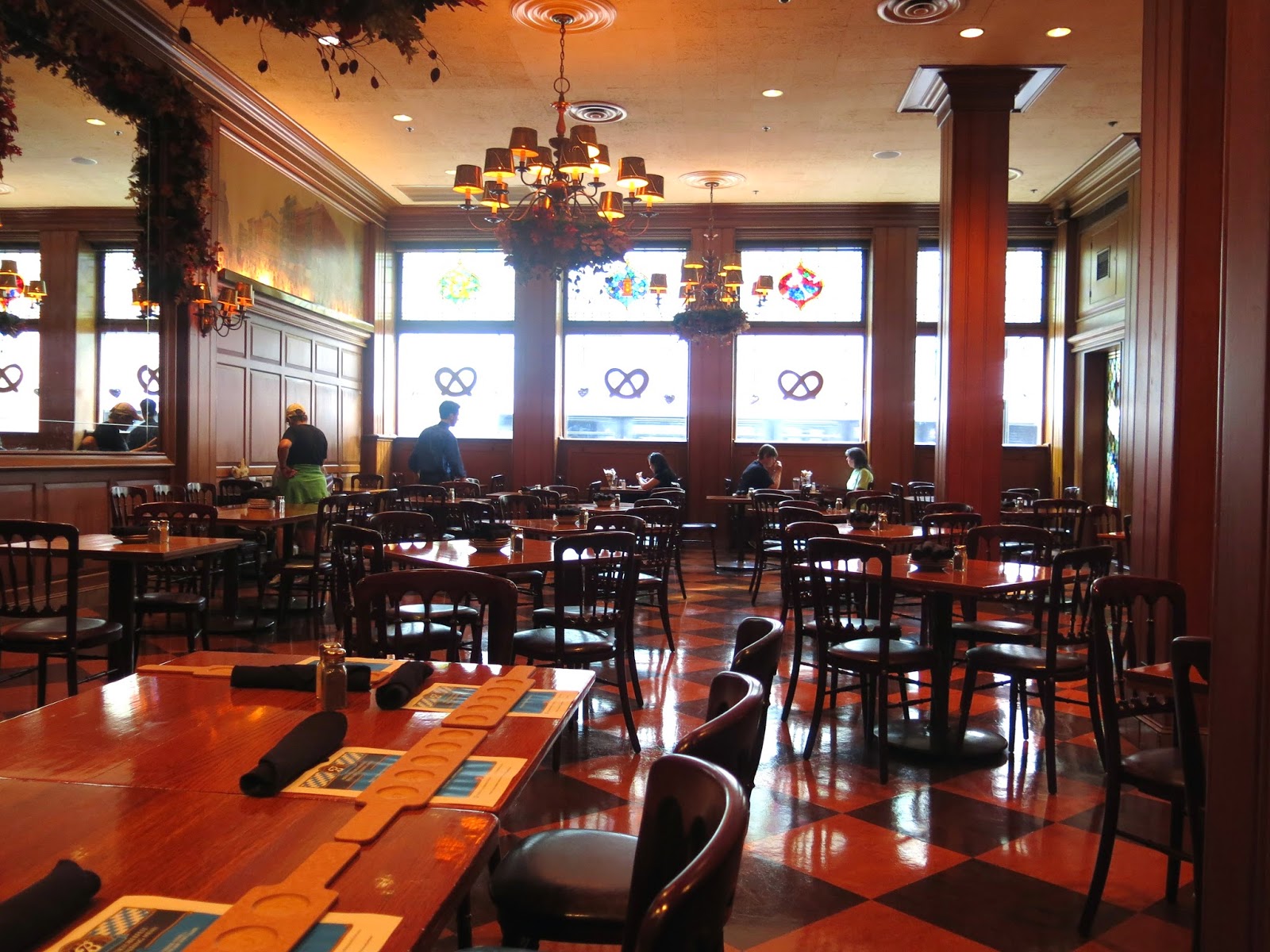 The special Oktoberfest menu (which is available starting today, Wednesday September 10th) consists of a collection of seasonal beers and dishes, all perfectly and expertly paired.  Brandy was lucky enough to not only get a chance to sample five of the dishes, but also five of the beers, most of which were crafted by the Berghoff's own brewery.

First up there was the Pretzel with course grain mustard and Beer Cheese; a perfectly crafted soft pretzel with a nutty, full bodied yellow cheese dipping sauce.  This rich and salty dish was paired with the Berghoff Hopfenstomber, a lighter hoppy lager meant to counter balance the richness of the cheese.

Secondly there was the Bratwurst, which came served on a bit of rye bread with some sour kraut and a fresh pickle slice.  The brat itself was a white meat sausage with a mighty snap to the skin and plenty of spices.  This worked perfectly with this year's Berghoff Oktoberfest, which was rich in malty goodness. 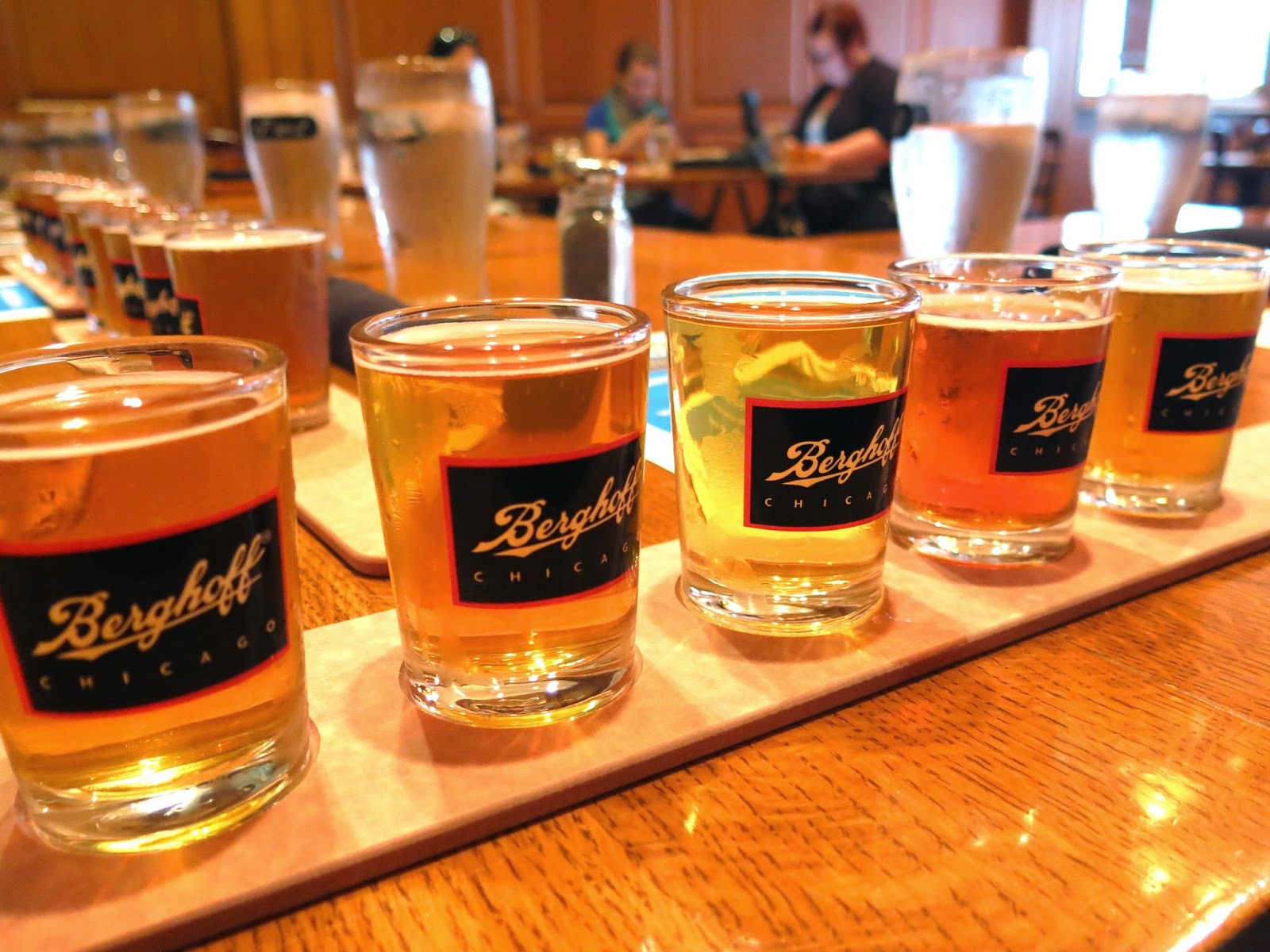 Next was one of the vegetarian options on the menu ("A sign of the times, I suppose," Brandy said, adjusting her spectacles to make sure she was reading the menu correctly), a Quinoa and Grilled Vegetable Salad.  Though an unusual and not necessarily traditional dish, the quinoa had a very nice nuttiness that matched well with the freshness of the veggies and the bitterness of the endive leaf the whole thing came served in.  This dish was paired with the Berghoff Lager, a lighter, sweeter beer that served as a nice remembrance of summer's passing.

Lastly for the savory dishes was the Pork Stew, which was actually one of The Berghoff's new gluten free menu options (the current owner's daughter is allergic to gluten, so it was under her leadership that gluten free options became a part of not only the Oktoberfest menu, but the every day menu as well).  The stew was very hearty with surprisingly lean pieces of pork bathing in a lovely tomato based broth with bits of potato and other veggies.  The stew was paired with Omission, a gluten free beer the Berghoff brought in especially.  Being gluten free, the beer was a bit on the lighter side in terms of flavor, but it did match well with the rich stew. 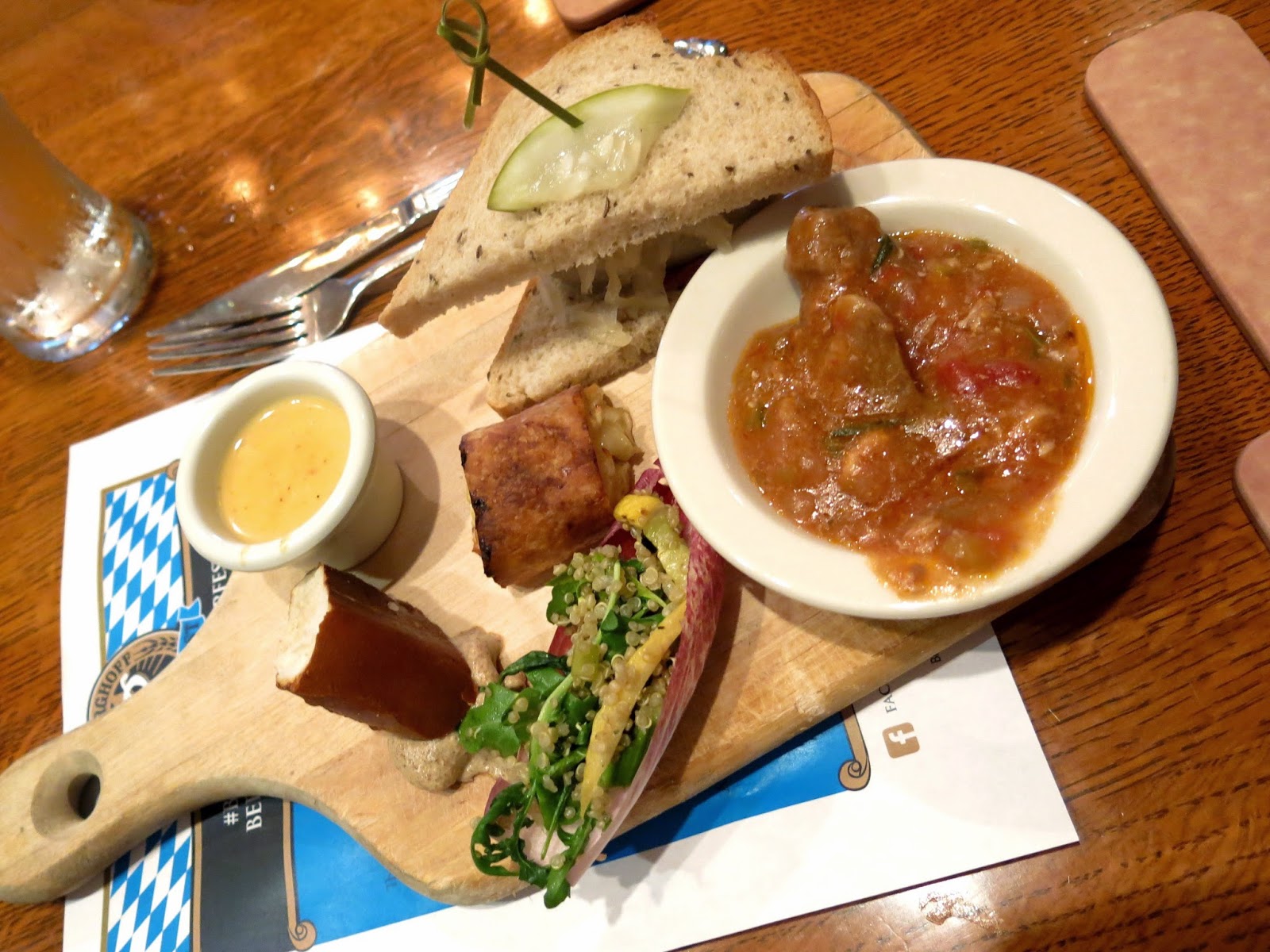 Lastly was a little bite of Apple Strudel, which Brandy immediately wanted more of (we're talking a whole pan to herself).  The pastry crust was perfectly crispy and buttery, not doughy at all, and the filling had just the right amount of sweetness and spice.  This delightful little dessert was paired with the Berghoff Shambler, their take on a summer shandy, which had notes of fruit and citrus that matched the slightly tart apples in the strudel very well.

Though she couldn't make it to Germany for Oktoberfest this year, Brandy thought The Berghoff's selection of beers and bites was as close as can be expected on this side of the Atlantic.  And what with a lineup of musicians to supply the restaurant with some authentic Oompa, she can once again sit back with a lager, a brat, and kiss summer goodbye in her favorite way.

The Berghoff is located at 17 West Adams and is serving their entire Oktoberfest menu Septmeber 10th-12th outside, and inside the restaurant for lunch and dinner every day until October 1st.