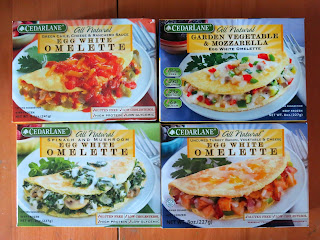 Brandy starred in terror at the leather bound planner she held in her hands.  Between restaurant openings, bridge club meetings, sewing circle soirees, and various other social gatherings, she didn't have a free day until mid August.  "How on earth did this happen?" she wondered aloud, "I'll barely have time to make breakfast for myself!  Why did I have to sign up for that early morning knitting and yoga month long intensive?"

In search of time saving meals, Brandy happened across CedarLane Egg White Omelettes, of which there were four delicious sounding flavors, meaning she could keep things new and exciting every morning.  Also, the fact that each one was under 300 calories with 20 grams of protein meant they would actually be healthy and filing at the same time. 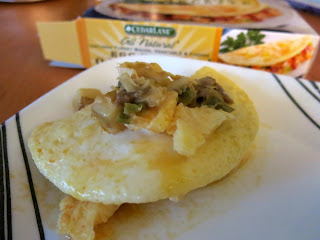 The first morning, Brandy tried the Green Chili, Cheese, and Ranchero Sauce variety.  Immediately, she liked that the omelette only took 4 minutes to cook all the way through with very little effort.  This variety had a good amount of spice to it with the green chili, and the cheese came out melty and perfect.  The texture of the eggs was very fluffy, yet with all of the veggies and cheese, Brandy did feel substantially full after finishing it.  "I can't wait until tomorrow to try the next flavor!" Brandy said, amazed. 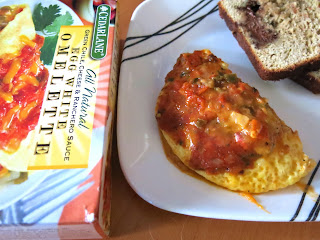 Next up was the Uncured Turkey Bacon with Vegetables.  Brandy was pleasantly surprised by this one, which was rather smokey and meaty while amazingly still retaining its low calorie count.  Once again, the abundance of veggies and cheese really made every bite enjoyable and filing. 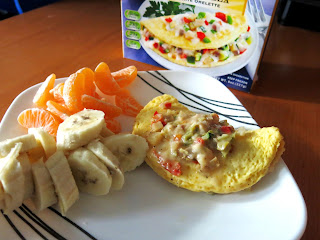 The third morning, she sampled the Garden Vegetable and Mozzarella, which was full of bright flavors and lots of melty, creamy, delicious mozzarella, which Brandy obviously approved of.  "The eggs themselves are nice, but I just love all the peppers and zucchini and tomatoes in here!" Brandy commented, "It's like something I would make for myself, if only I had the time!" 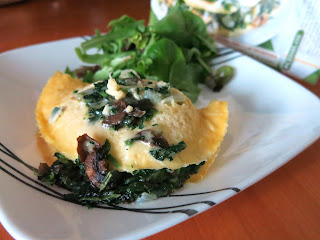 Lastly was what turned out to be Brandy's favorite of them all, the Spinach and Mushroom omelette.  This one was especially impressive because the spinach wasn't watery in the least, meaning the eggs stayed firm and the cheese stayed creamy.  "I do enjoy making omelettes with spinach for myself, but even when I make them fresh, I can't avoid them becoming watery!" said Brandy

And so, after a week of trying out all of CedarLane's Egg White Omelettes and enjoying them thoroughly, Brandy was fully prepared to meet her busy schedule head on without having sacrificed a good breakfast to do it.  "Now as long as they're serving food at that Painting by Starlight class I just signed up for, I won't have to worry about dinner either!"

The writers of this blog were sent products by the company free of charge in order to facilitate the writing of this post.
Posted by Bunny and Brandy at 11:00 AM