The Sunset Menu at Freds at Barney's New York 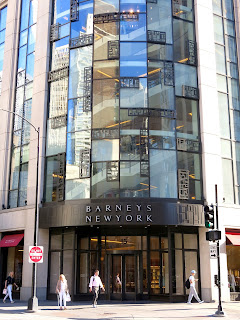 Last week, Brandy was privileged to join a group of food writers and bloggers at Freds on the 6th floor of Barney's in the Gold Coast for a preview of their newly launched Sunset Menu; a collection of shareable late afternoon snacks meant to cater to the after work crowd.  "Well why not?" Brandy said upon reading the invite, "After all, often times my brunches blend seamlessly into late afternoon snacking." 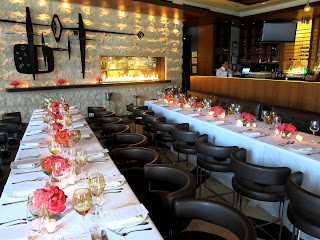 Upon entering Freds, Brandy quite literally had her breath taken away by the beauty of the place.  Wall length windows opened out onto a beautiful view of the city below, contrasting with the simple, yet chic design of the restaurant space itself, the focal point of which was a gorgeous fire feature separating the dining room from the kitchen. 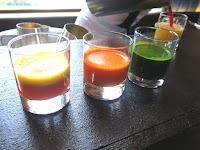 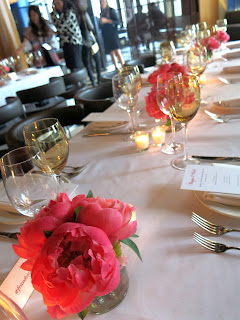 The evening began with some bite sized munchies, like a cherry tomato stuffed with bacon and lettuce (a one bite BLT!), mini grilled cheese sandwiches with truffles, and little bellinis with creme fraiche and caviar.  One of Freds signature cocktails, called
the Wallflower, started making the rounds, so Brandy made sure to grab up a glass.  The concoction consisted of orange juice, vodka, rose hips, and St. Germaine and was an instant hit with Brandy, who loved the cocktail for its refreshing and light flavor that resembled a more floral Screwdriver.  "I wouldn't mind a few of these with brunch or dinner!" she exclaimed.  She also made her way over to a young lady who was pouring up some freshly made juices and ordered up her favorite, a mix of apple, kale, celery, ginger, and lots of other nutritious veggies called the Green Jeans, which was actually quite sweet and lovely. 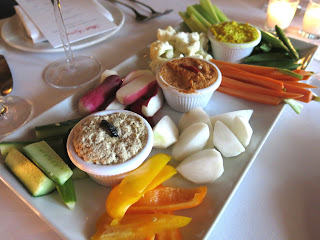 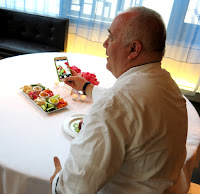 Sitting down at the exquisitely dressed table, the group was welcomed by Chef Mark Strausman, who oversees not only the Chicago location, but also the restaurant's siblings in New York and Beverly Hills.  Chef Strausman talked about how he wanted to keep the menu grounded with lots of fresh ingredients that would be appealing to those looking for healthier options without turning off fans of more decadent fair.  This concept was introduced with the Raw Vegan Cashew "Cheese" Dip, served with a variety of beautiful vegetables.  The dip came in three varieties (sun-dried tomato, turmeric, and olive), all of which were very flavorful and had a hearty sort of hummus like texture. 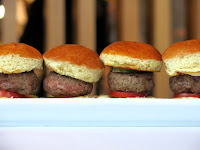 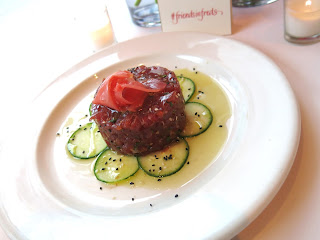 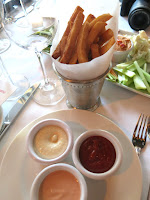 Next up were a couple of protein courses; the Tuna Tartare and the Beef Sliders with Truffle Pommes Frites.  The tuna was by far the most beautifully presented dish of the evening, causing the entire table a dilemma when it was time to dig into it.  It eventually proved to be just as succulent as it looked with the delicate fish being enhanced with just a little cucumber and pickled ginger.  The Beef Sliders were a showcase for the beef itself, only being adorned with a bit of tomato and pickle, but the scent of the frites was too alluring to ignore for long.  Brandy especially liked dipping the frites into a truffle aioli, because, as she said, "An excess of luxury is never be a bad thing." 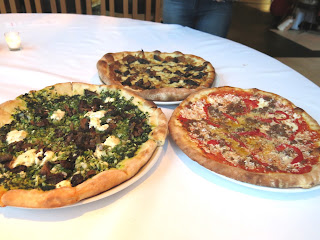 The next course were three of the house pizzas; The Farmer's Market with pretty much every vegetable Chef Strausman could find made into an amazing garlicy pesto and garnished with some goat cheese, Bugsy's Pizza with figs, caramelized onions, and pungent blue cheese (this sweet and creamy combo was Brandy's favorite of the three), and The Ba Da Bing, which was an ode to Chef Strausman's New York roots, with a roasted tomato sauce, mozzarella cheese, red peppers, and Italian sausage.  Chef Strausman explained that he was especially proud of his crust, which was made to be classically chewy like the street pizzas of old. 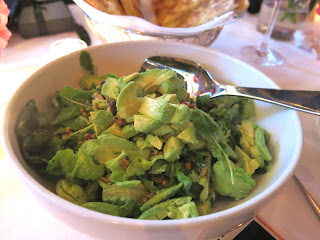 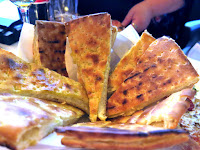 Finishing off the savory portion of the meal with a light touch, the Vegan Salad and Robiola with (yes, even more) Truffle Oil were brought to the table.  The salad was a surprisingly hearty mix of beans, avocado, quinoa and greens dressed with a tangy salsa vinaigrette, meaning it could make a filling meal even for a carnivore.  The favorite dish of the night, by far, was the delicious Robiola, which was a soft Italian cream cheese sandwiched in between more of the amazing pizza crust and drizzled with a good dose of truffle oil.  The robiola was so good that Brandy began wondering if anyone would notice if she slipped a few slices into her purse for later. 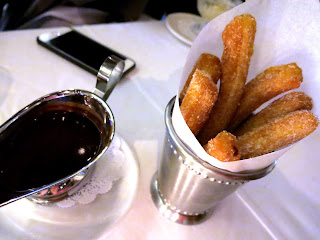 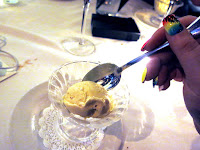 Though stuffed to the brim, no meal would be complete without dessert, so the group was presented with some Mini Churros with a chocolate fudge dipping sauce and an Italian Almond and Fig Gelato.  The churros were a fun thing to munch on, especially when using them to scoop up as much of the rich chocolate as possible.  Brandy absolutely adored the gelato, which was a little more sophisticated with its creamy texture, almond flavor, and little bursts of sweetness from the figs.

Though reluctant to leave Freds after such a beautiful evening, Brandy was at least comforted to learn that in addition to the Sunset Menu, Fred's has a full brunch service, for which Brandy is determined to return soon.

The writers of this blog were invited to attend this even free of charge in order to facilitate the writing of this post.