From the Kitchens of Bunny and Brandy: Sapporo Beer Cheese 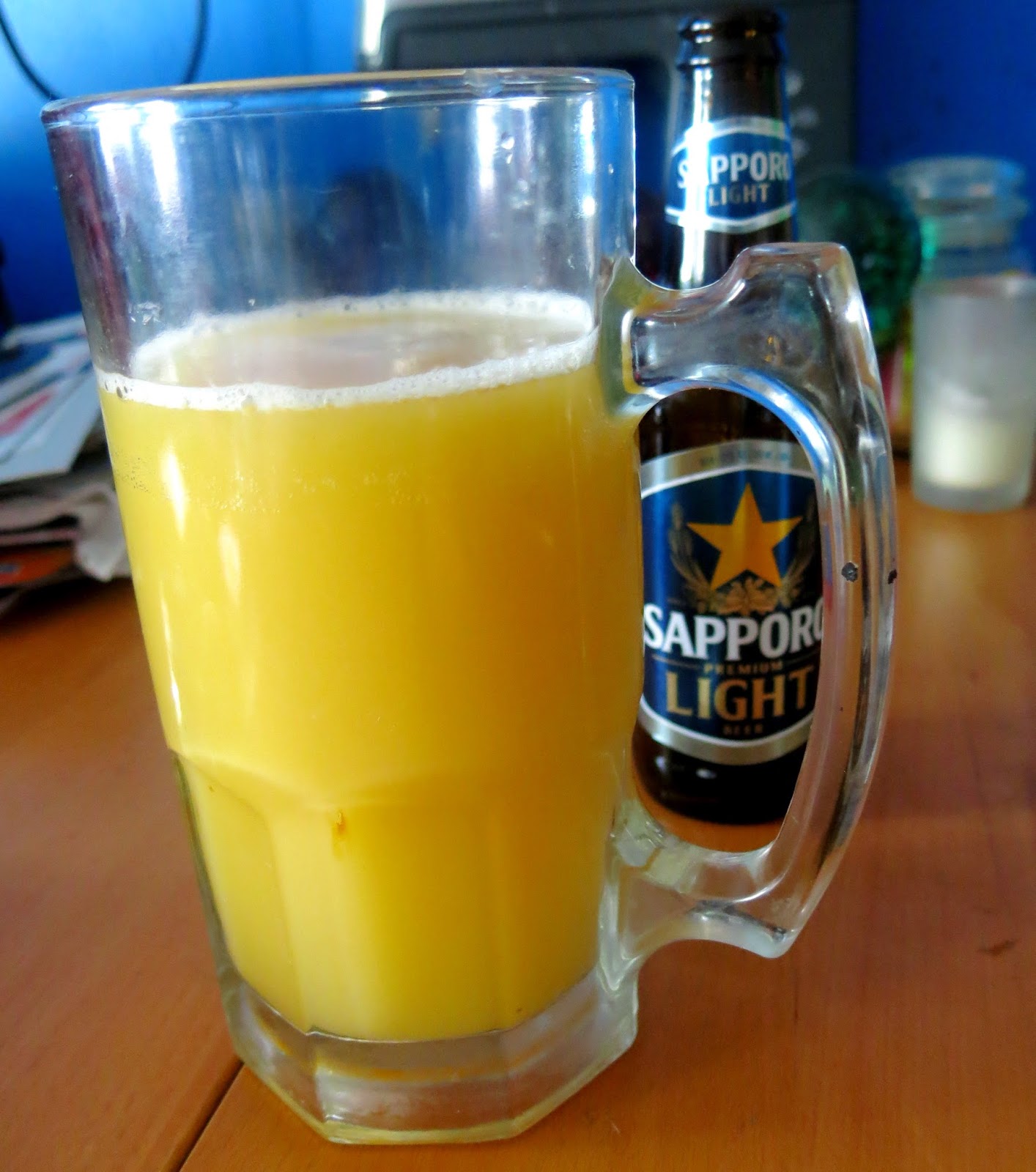 One of the side effects of a good St. Patrick's Day celebration is a left over beer.  "Of course, a spare bit of lager around the house is not really a problem," as Brandy likes to say, "But I do like to encourage slightly more creative ways to consume it."

Brandy's St. Patrick's Day tradition is to have her Irish friends each bring a beer from a country they have visited (so as to avoid being overloaded with Guinness and Harp), so this year she found herself with a few spare bottles of Sapporo, a Japanese lager with a deep golden color and a crisp, hoppy taste.

First testing the Sapporo Light, Brandy discovered it to have a very mild, effervescent flavor which gave her an idea.  She poured the whole bottle into a beer mug and followed it with an equal amount of fresh orange juice, thereby creating the fabled "beer-mosa."  She found that the citrusy notes of the Sapporo Light were an absolutely perfect match for the orange, making for a fun twist on the traditional brunch cocktail. 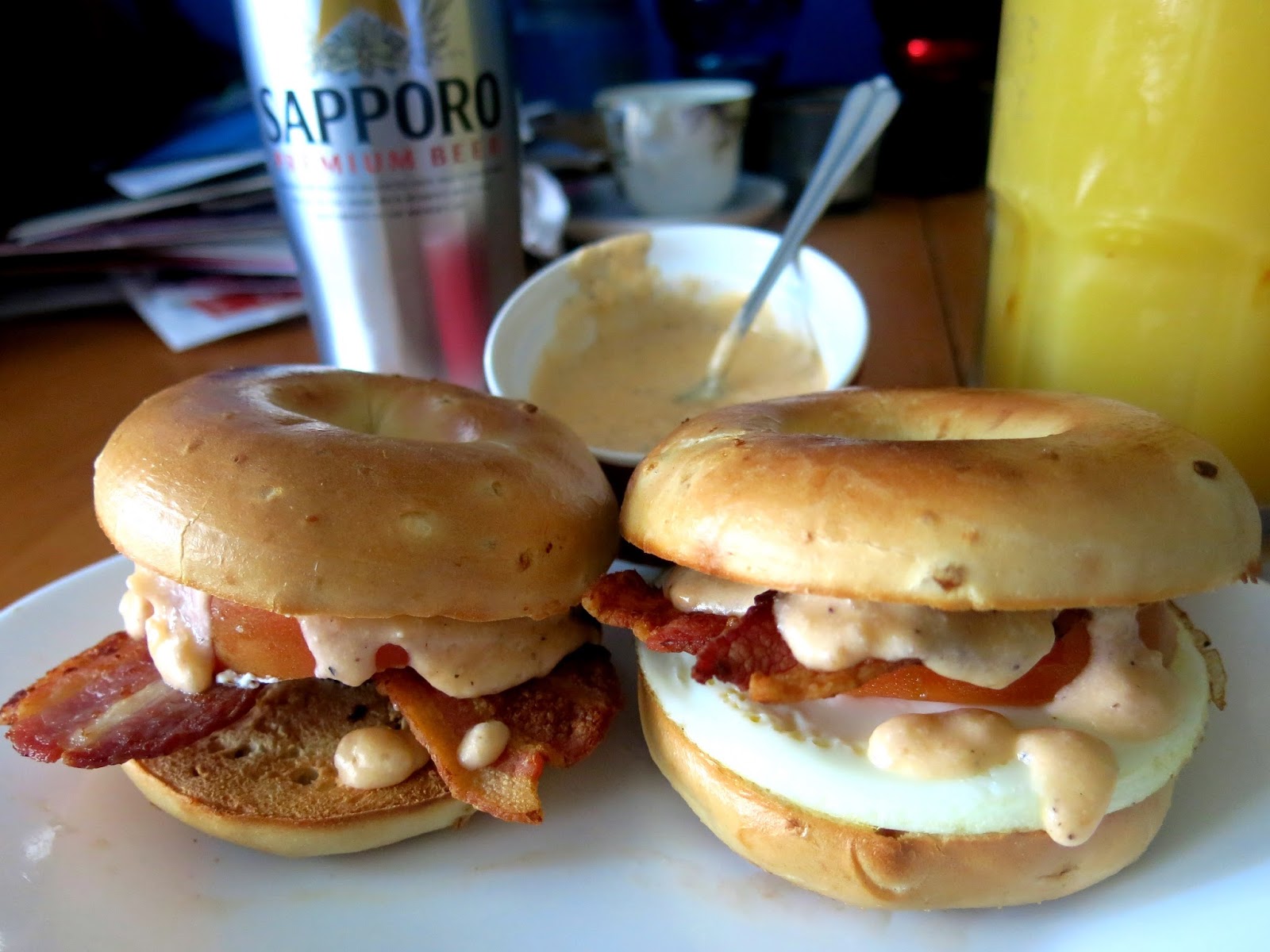 Using the more full bodied Sapporo Premium, Brandy created a savory beer cheese sauce that she used to dress up a bagel breakfast sandwich.  She found that the cheese sauce was actually quite versatile, being able to double for a fondu, a spread, and even a dip.  The Sapporo's flavor was strong enough to shine through and enhance the cheese, but not obtrusive enough to disguise the smoked flavor, making it the perfect beer for this recipe. 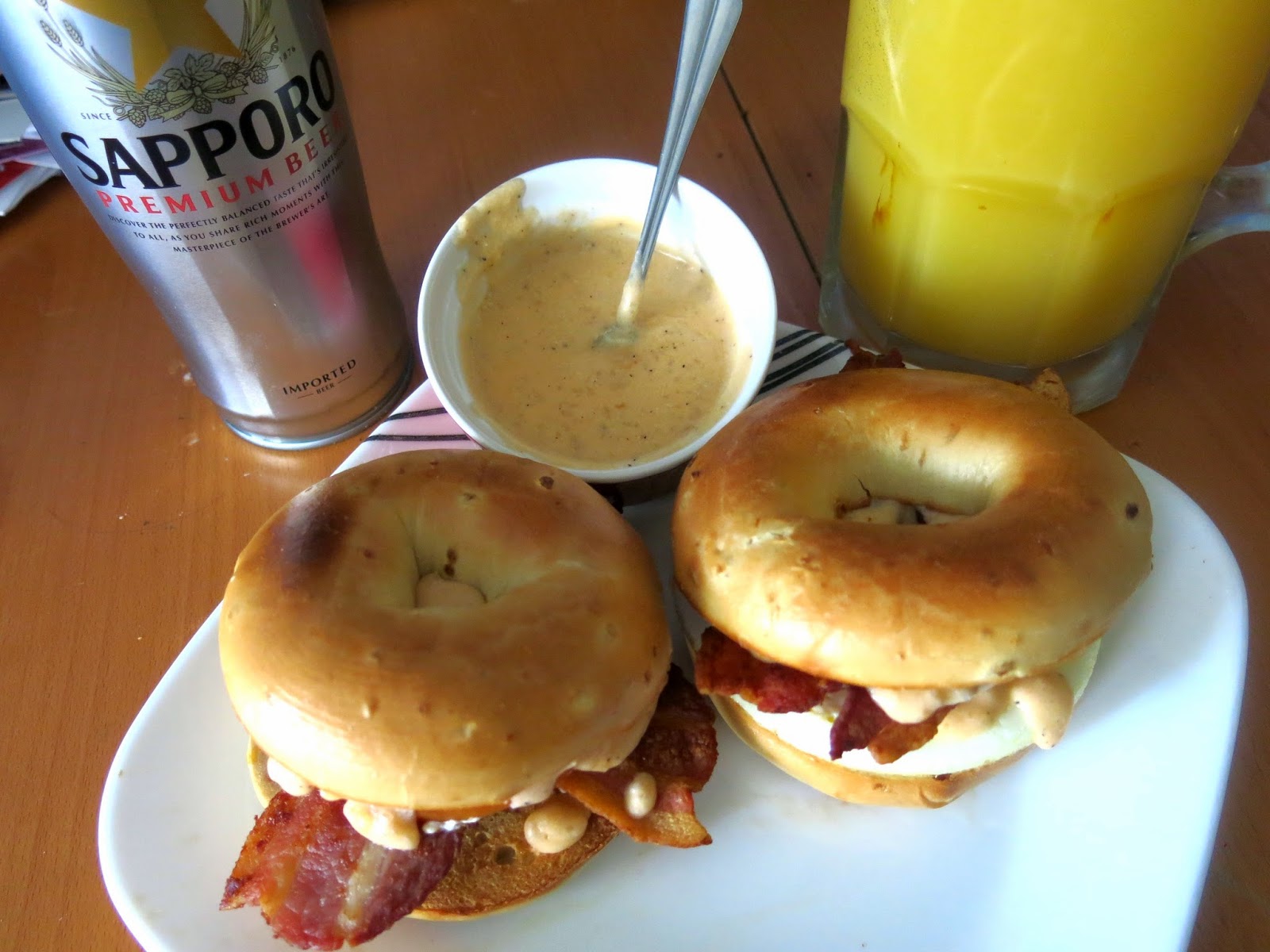 1 cup of whole milk
2 cups of smoked or oven roasted cheddar, shredded
1/2 stick of butter
1/2 brick of cream cheese
1 1/2 cups of Sapporo (or any good pale lager)
2 tablespoons of cornstarch
salt and pepper to taste

Heat the milk and butter on medium high until butter is melted and milk begins to bubble slightly.  Add in half the cream cheese and the cheddar, stir until all of it is melted and incorporated.  Add salt and pepper.  Take the mixture off the heat and add the beer.  Put back on low heat for five minutes.

With the cornstarch in a small bowl, scoop a few spoonfuls of the hot liquid into it and stir quickly until the cornstarch forms a soft dough.  Add the dough to the main mixture and whisk quickly to combine.  Add in the second half of the cream cheese.  Cook an additional ten minutes over low heat or until the mixture thickens to your liking.  Remove from heat and serve immediately or refrigerate for a thicker, more spreadable texture.

Optional: for a smoother consistency, after taking off the heat, run the sauce through a fine mesh strainer.

The writers of this blog were provided with products to facilitate the writing of this post.
Posted by Bunny and Brandy at 10:54 AM