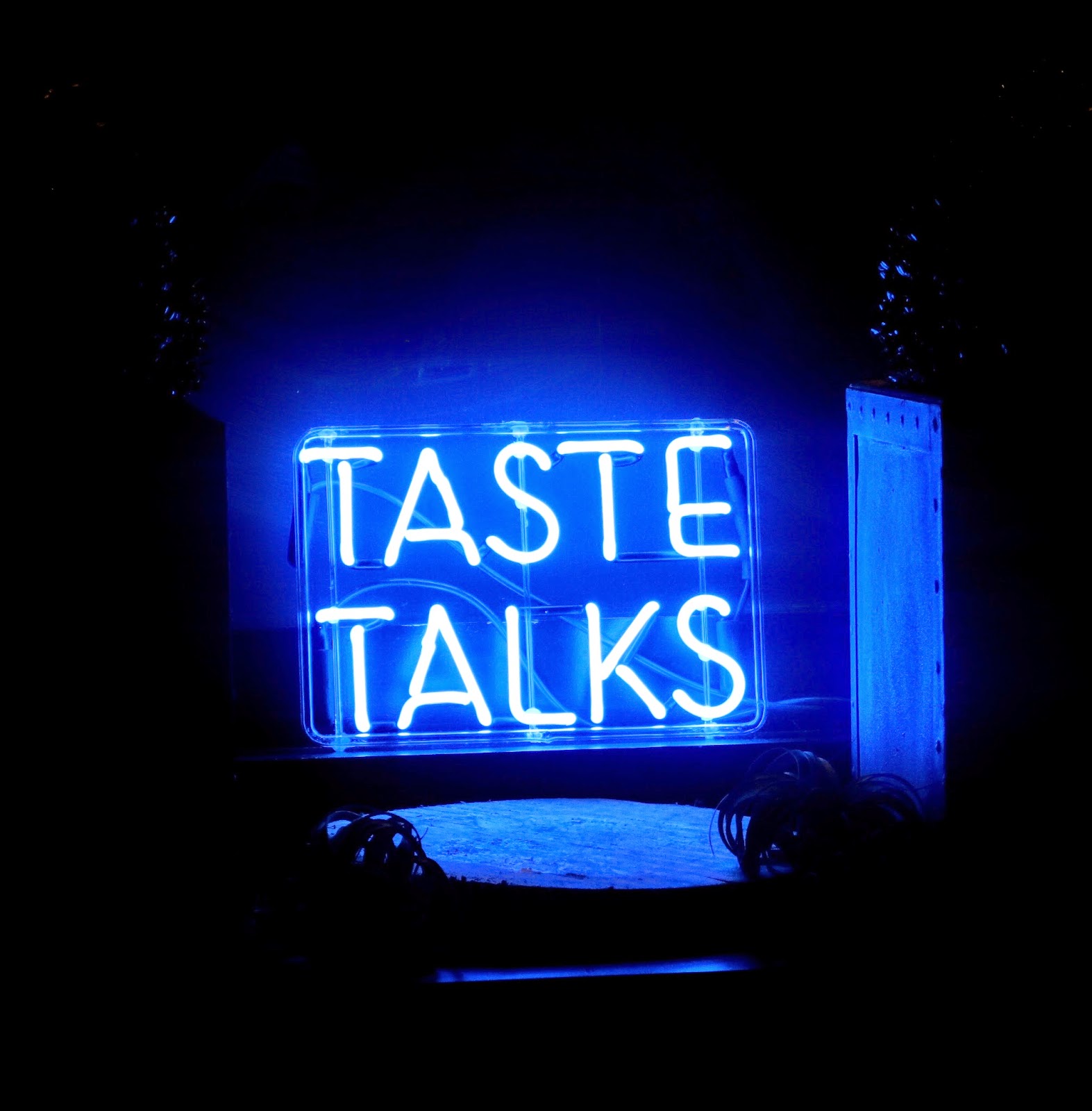 As if Chicago Gourmet wasn't enough, this year the Windy City had a second indulgent weekend of food to look forward to.  Taste Talks, a three day food festival that premiered in Brooklyn last year, came to Chicago at the beginning of October, bringing with it a slew of events to dazzle even the most casual food fan.  The goal of the festival is not only to introduce people to new and exciting dinning experiences, but also provide a forum for ideas about the future of food to take root and flourish.  Though still recovering from the hedonistic pleasure dome that was Chicago Gourmet, Brandy just knew that she would have to check out the Taste Talks premier Chicago events for herself.  "I am the past, present, and future of food," she told herself as she selected events from the website (tickets for everything could be purchased individually for between $10-$90 per event or via an all in one pass for $100-$385), "So of course I have to go and make sure this thing lives up to Chicago's high standards for food festivals.  Besides, I've never been one to scoff at a room full of celebrity chefs!" 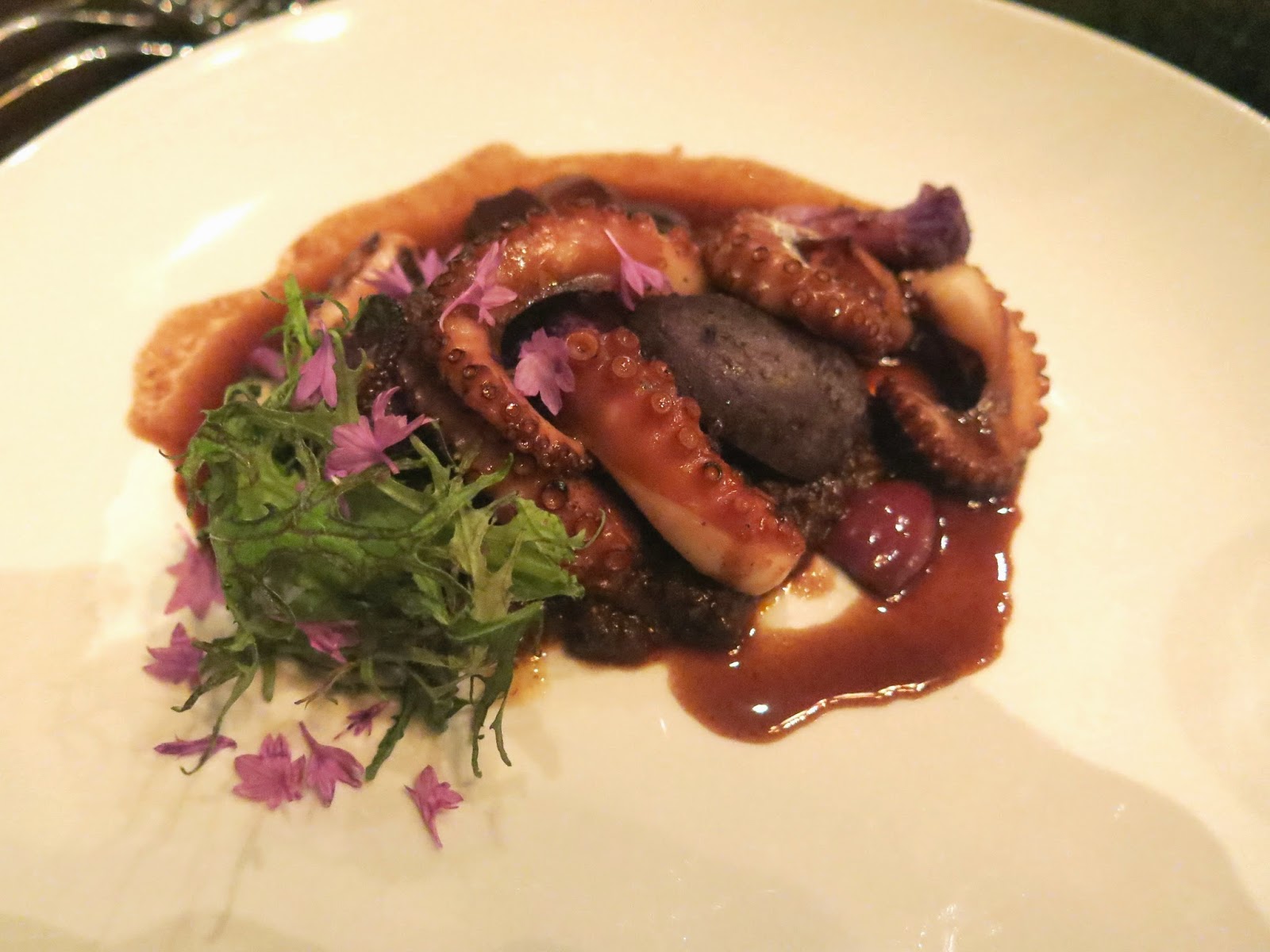 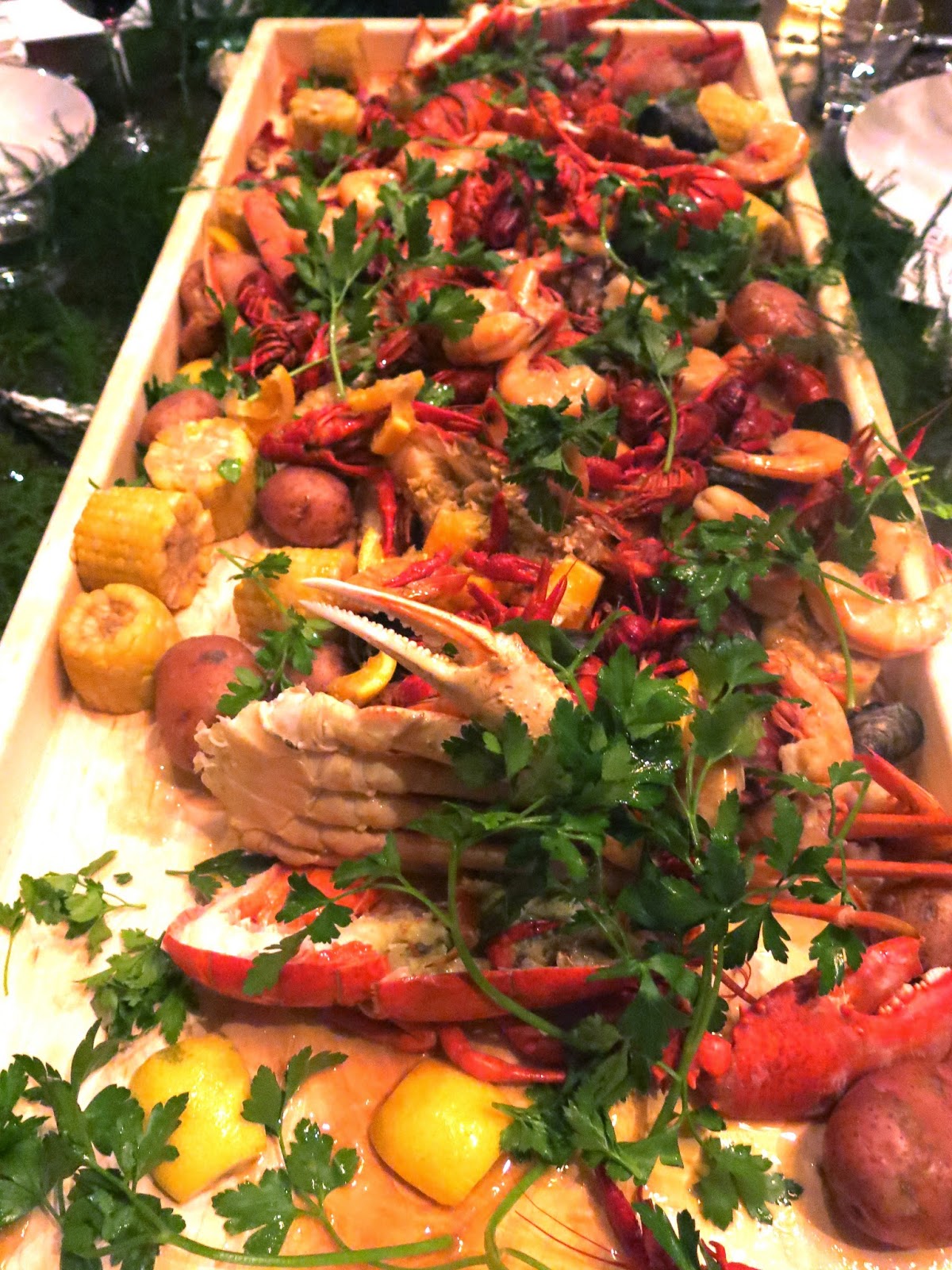 The weekend kicked off at Kinmont with the Mother of Pearl dinner.  About 90 diners gathered together at the seafood-centric restaurant for a seven course meal inspired by oysters and champagne, even beginning with live shucking from Island Creek Oysters.  A multitude of chefs collaborated on the meal itself, featuring things like Alfred Norgeira from Analogue delivering a roasted oyster on the half shell with a salted beignet, Jason Vincent (formerly of Nightwood) bringing a smokey shellfish chowder, and Abraham Conlon from Fat Rice with a red wine braised octopus, blood sausage puree, and purple potatoes.  Kinmont, the host restaurant, provided a twist on a shrimp cocktail with a butter poached shrimp, shaved celery, and whole mustard seeds, but also what was probably the highlight of the dinner, a full on seafood boil, complete with whole lobsters, head on shrimps, crawfish, red potatoes, corn on the cob, and mussels.  From the moment the servers began bringing in the giant wood trays laden with the fruits of the sea ("Goodness, those people are going to need a chiropractor in the morning!" Brandy exclaimed as she watched the brave servers enter the room with the heavy trays over their heads), the communal tables of what had been strangers making awkward conversation an hour ago suddenly became grinning, cheering children on Christmas morning as they grabbed for hunks of lobster claws and traded secrets about how to crack into them.  The meal ended on an extremely satisfying note with Sarah Mispagel from Nightwood delivering a sweet corn panna cotta topped with blueberries, sweet kettle corn, and peach tea flavored ice cream. 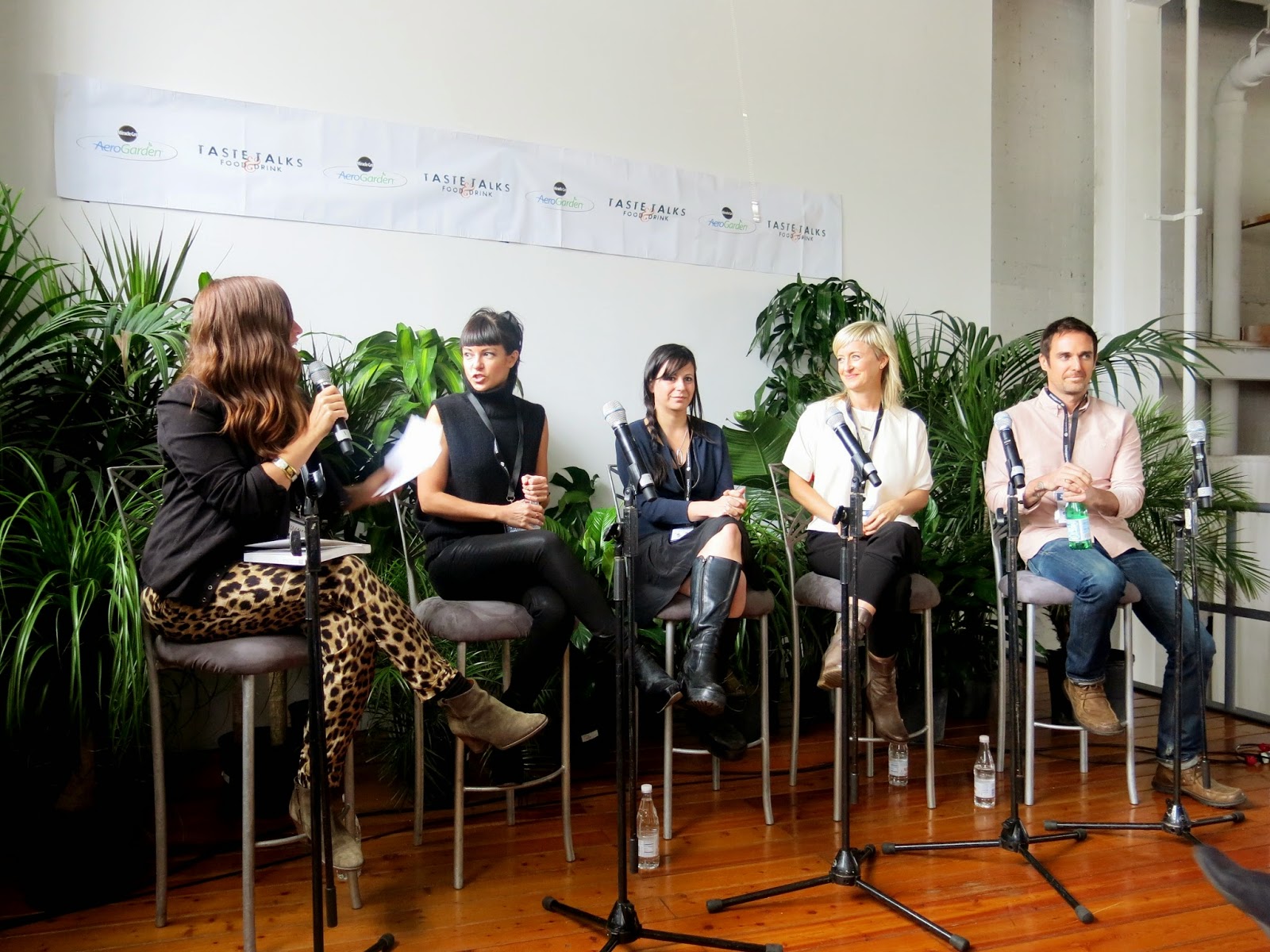 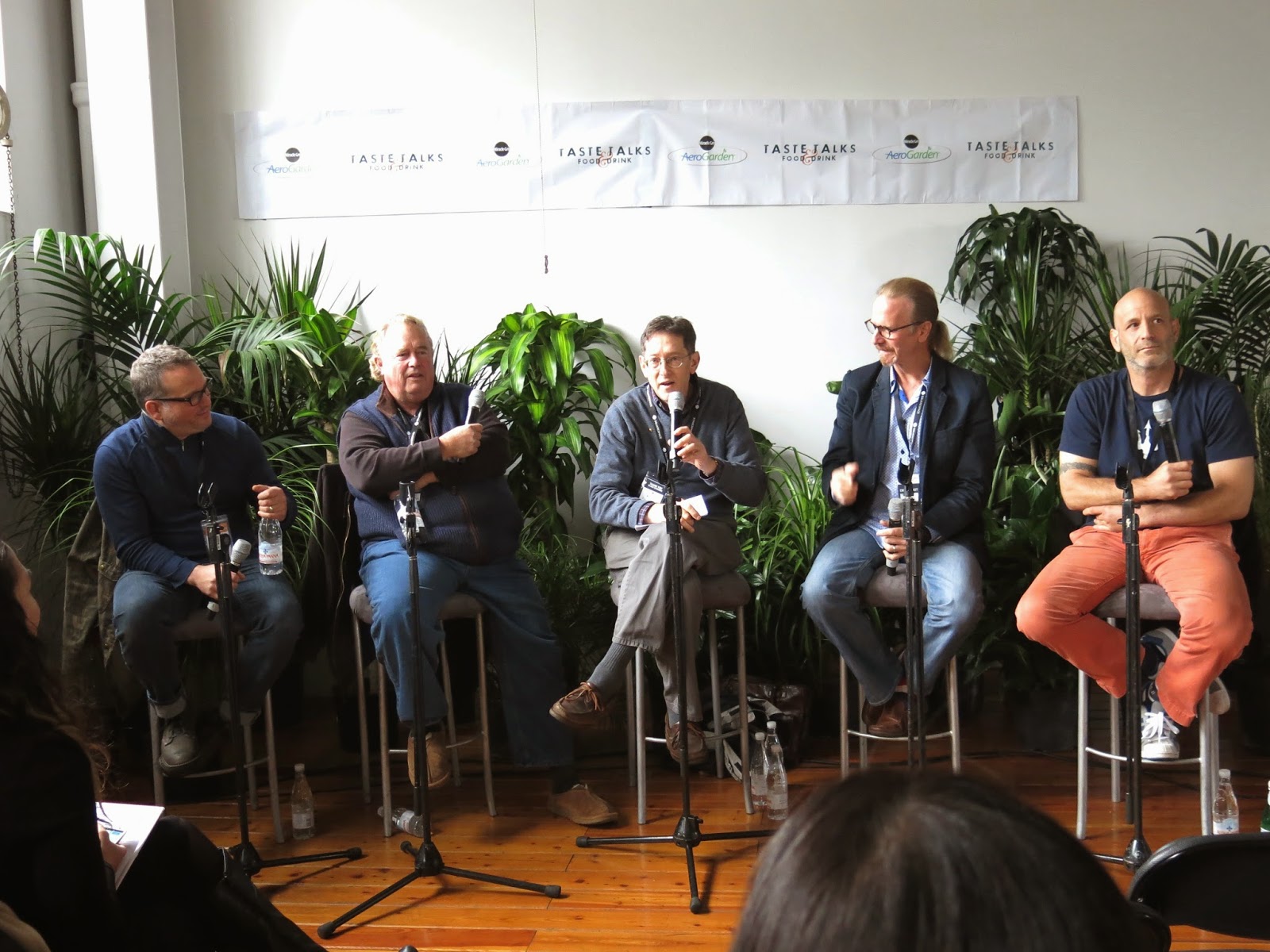 Saturday was all about the panels: a series of 45 minute sessions that covered topics all over the board, from the popularity of cider to underground dinners and fireside chats with the likes of Rick Bayless and Jeni Britton Bauer from Jeni's Splendid Ice Cream.  Brandy attended three of the sessions at Open Secret Studios (the day's worth of panels were split between Open Secret, Kaiser Tiger, and Soho House, all of which were within a 15 minute walk of each other so that attendees could freely move between the locations in between sessions), which started off with a panel entitled The Greener Path, a discussion about running restaurants that focused on plant based foods.  Following that, Brandy attended a demonstration on food photography and styling, which she greatly enjoyed ("Now I know how to do this Insta-whatsit all the young people are so fond of!" she proudly told anyone who would listen).  Lastly, Brandy attended another panel discussion called The Evolution of the Farm to Table Dinner, which featured the festival's honorary curator, Paul Kahan, along with a group of other James Beard award winning chefs and local farmers.  After the panels ended, the day was capped off with an underground dinner experience created by Pat Sheerin from Trenchermen, but sadly, Brandy was unable to attend the dinner as she was too busy at home trying to create the perfect tablescape to Instagram (even more sadly, Brandy still didn't quite understand what Instagram was and ended up taking several badly lit Polaroid shots, which she placed next to a plate of hashbrowns). 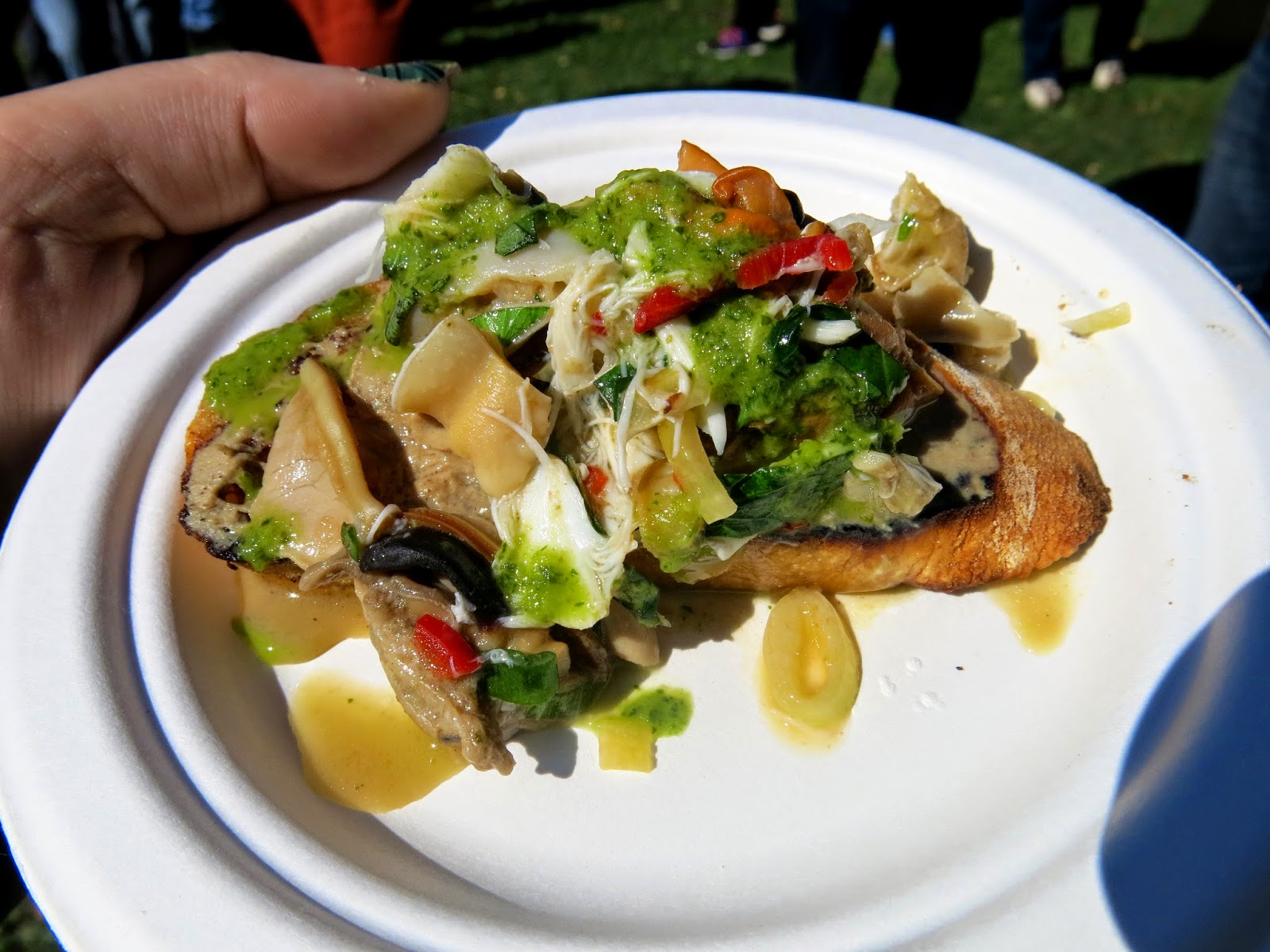 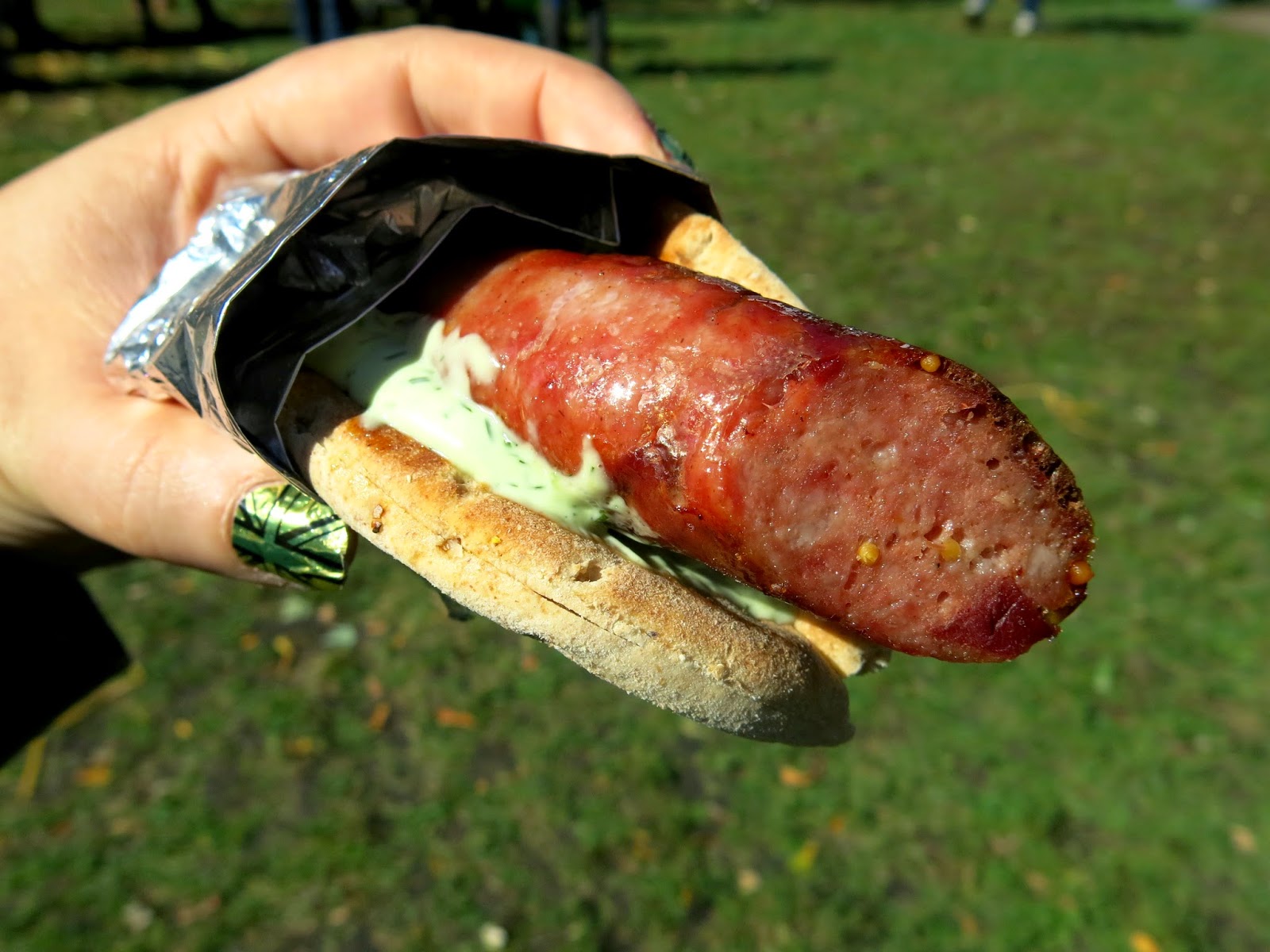 The big event Sunday was the All Star Chef's Barbecue, which featured ten stalls manned by some of the biggest chefs in the region.  The event was seemingly even more organized than Chicago Gourmet; while obviously smaller in scale and not nearly as crowded, none the less Brandy was impressed that attendees were handed a menu that listed what each station was serving and could be checked off so that if one got confused as to which booths they hadn't visited yet, they could easily be pointed in the right direction.  In general, the dishes were pretty adventurous, like the bison heart kielkbasa brought in by John Jackson, Connie Desousa, and Ryan Brosseau, or the grilled goat with an apple slaw from Matty Matheson and Nick Colella.  Paul Kahan was here too, serving up smoked short rib with a drizzle of balsamic syrup, which competed head to head with Edward Kim's distinctly Korean short rib with radish and shiso.  The longest line was unsurprisingly in front of Stephanie Izard's booth, who was presenting a grilled clam bruschetta with pesto, though Brandy suspected that few of the people in line realized that the chef herself (her tradmark wild curls hidden under a ballcap) was the one plating and serving them the dish.  "No one's asking her to pose for an Insta-thingy," Brandy mumbled, "Maybe they're just that excited to try the food!"  One lone cocktail was provided by Three Dots and a Dash, who cleverly served it in a handheld plastic bag, reminiscent of a childhood lunchbox favorite drink.  Three booths boasted desserts with Mindy Segal of Hot Chocolate serving up homemade s'mores, Jeni Britton Bauer using her signature ice creams to create a sundae and an affogato with Intelligentsia coffee, and Bang Bang Pie Shop hosting a bake sale of sorts, where they sold slices of pie from restaurants all around the city for $5 a piece, with the proceeds going to benefit No Kid Hungry.  Brandy treated herself to a slice of sugar cream pie from Perennial Virant with raspberries, nectarines, and a drizzle of honey. 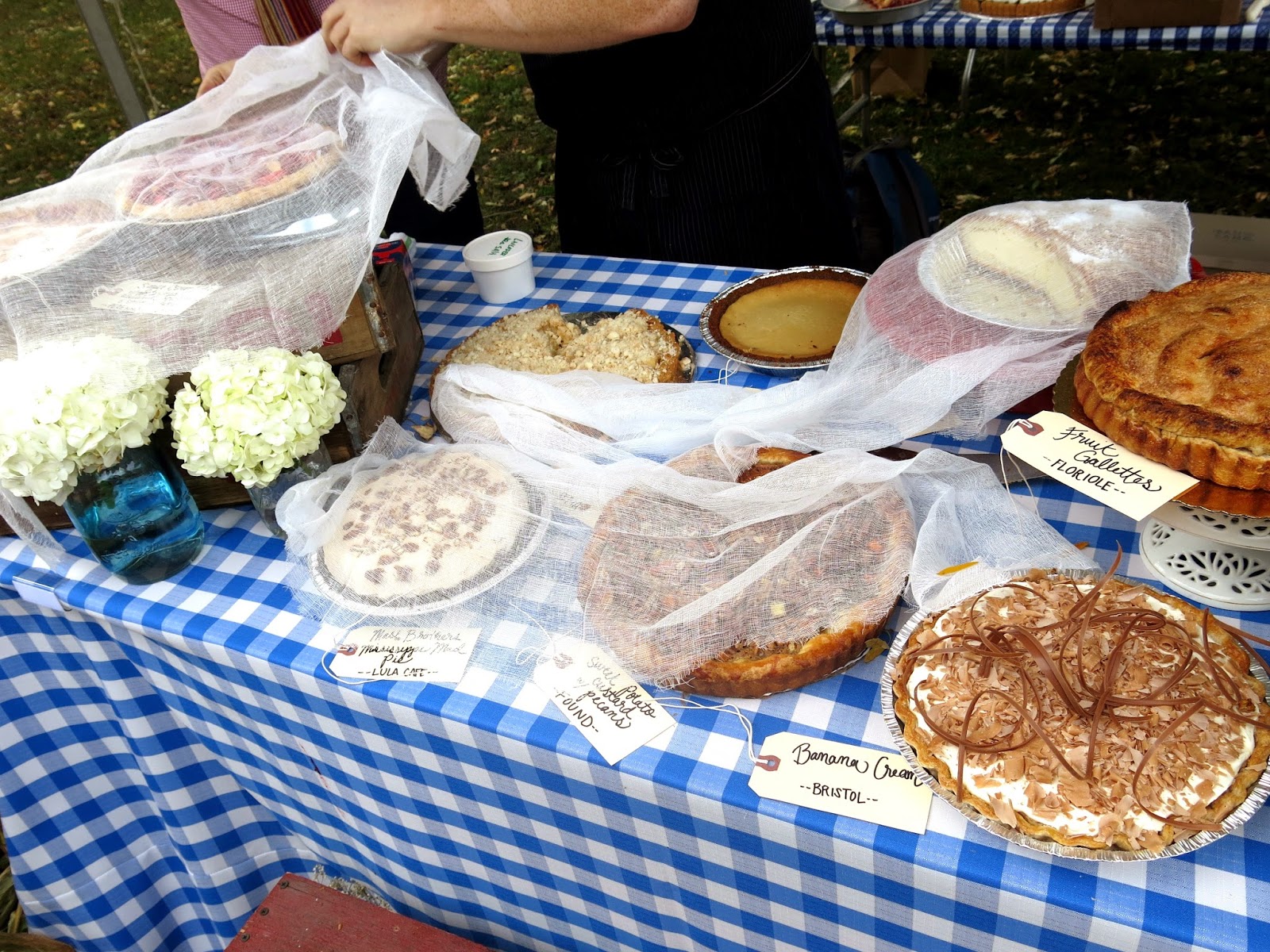 Brandy just adored her entire Taste Talks experience.  Not only did it seemingly offer something for every kind of food enthusiast (from industry experts to weekend warriors), the events that made up the weekend were equally entertaining and intriguing.  "I got to try lots of delicious treats, I talked with culinary superstars, I had a dinner unlike anything I'd ever experienced, and I learned to appreciate my food in a whole new way," Brandy gushed, "Though I do have to register my disappointment that nothing about brunch was mentioned all weekend.  Perhaps I could host a panel on my favorite meal if they come back next year!"  Don't forget to check out Facebook page for lots more pictures of all the events!

The writers of this blog were provided with passes to the Taste Talks events at no charge in order to facilitate the writing of this post.
Posted by Bunny and Brandy at 11:09 AM