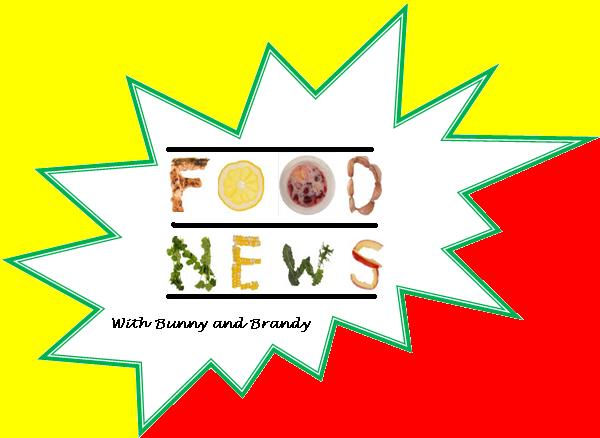 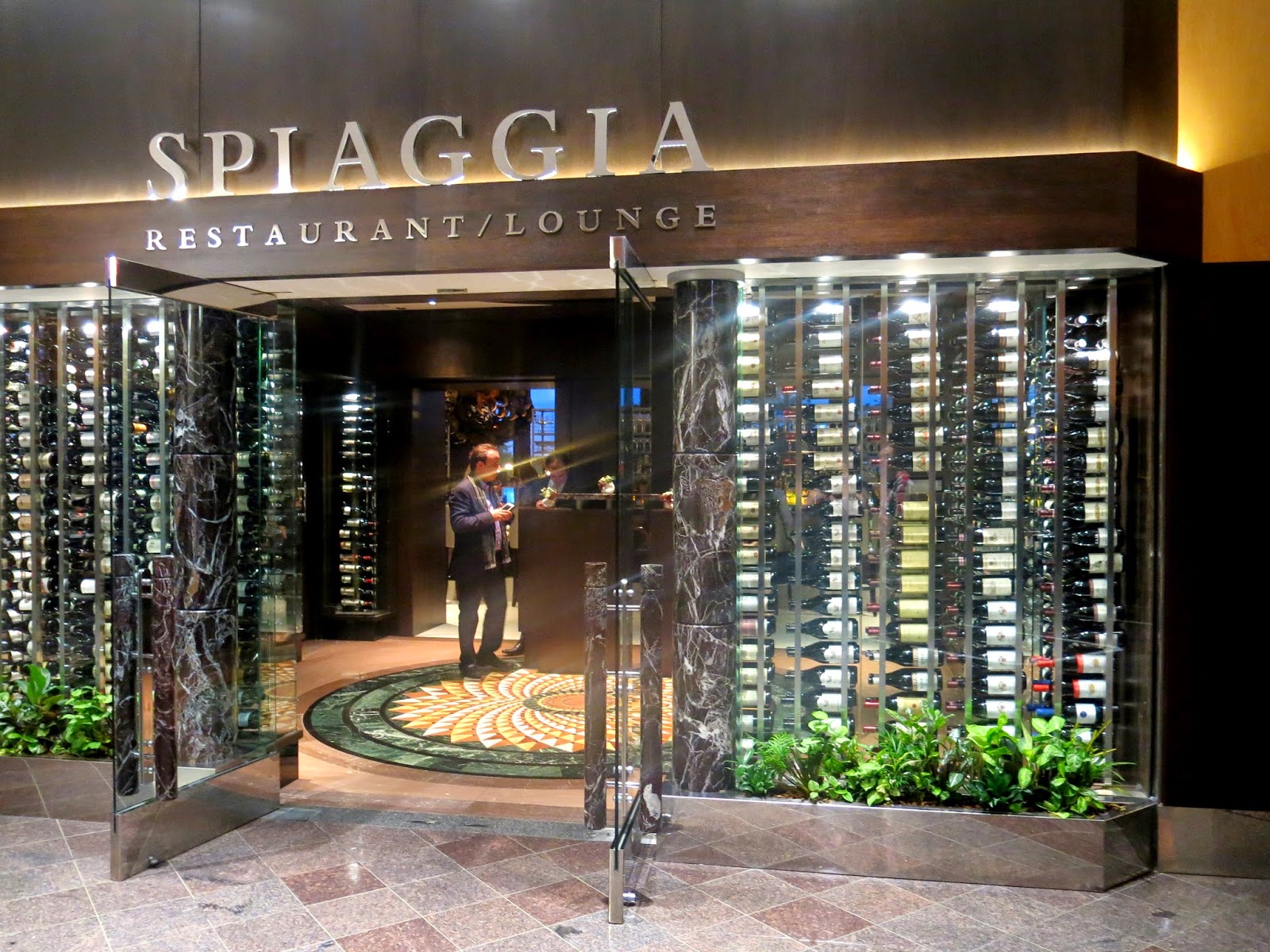 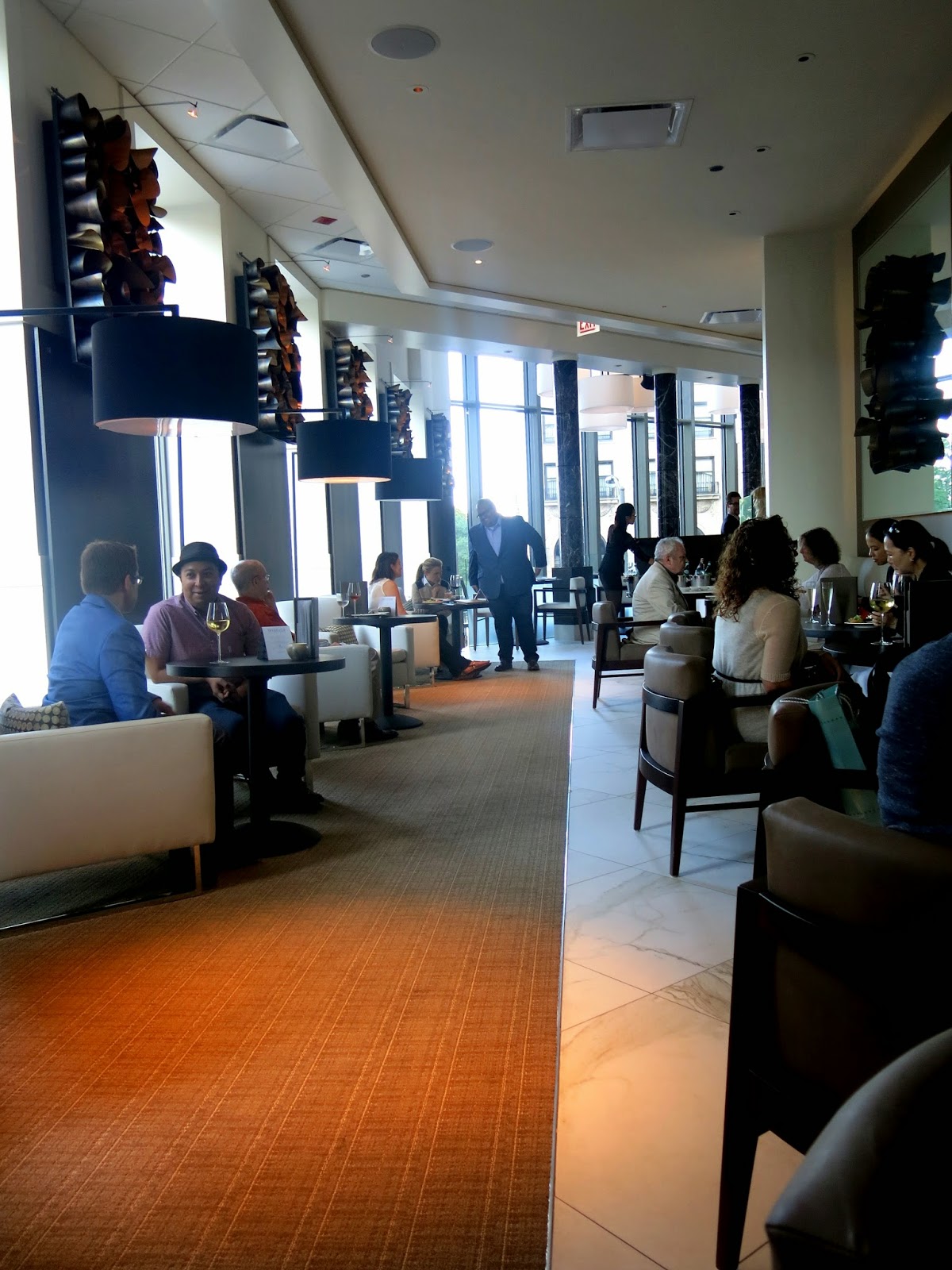 Last week Brandy was one of a privileged group of foodies invited to a night at Spiaggia, one of Chicago's most storied Italian restaurants, to experience its newest form.  Founded 30 years ago, Spiaggia has remained on every food fan's radar ever since, mostly due in recent years to the leadership of Chef Partner Tony Mantuano and a line of talented chefs he's appointed there (among them several Top Chef contestants).  This is perhaps why some were a little surprised when this past January Chef Mantuano and his team closed Spiaggia's doors in order to redesign, revitalize, and modernize the "crown jewel of Michigan Avenue."  Spiaggia recently re-opened its doors in May to reveal a more relaxed, yet refined atmosphere that takes full advantage of the spectacular views and light brought to the space by a wall of windows on the eastern side.  Boasting a lush bar and lounge area along with the main dining room, Spiaggia now offers not only dinner, but sophisticated "aperitivo" and curated cocktails, suitable for those looking to relax after work, grab a bite before a show, or just bask in the glow of some of Chicago's culinary masters. 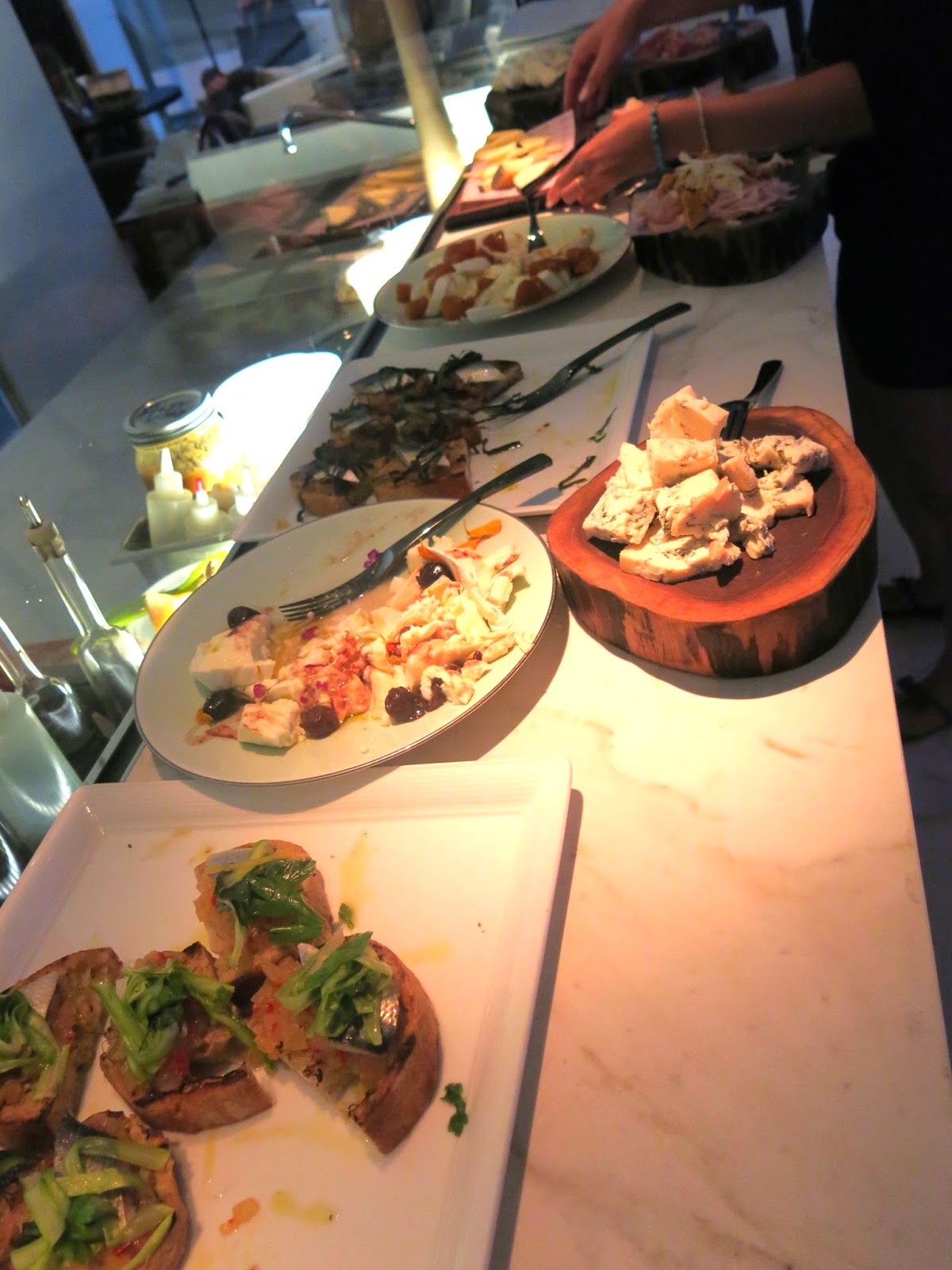 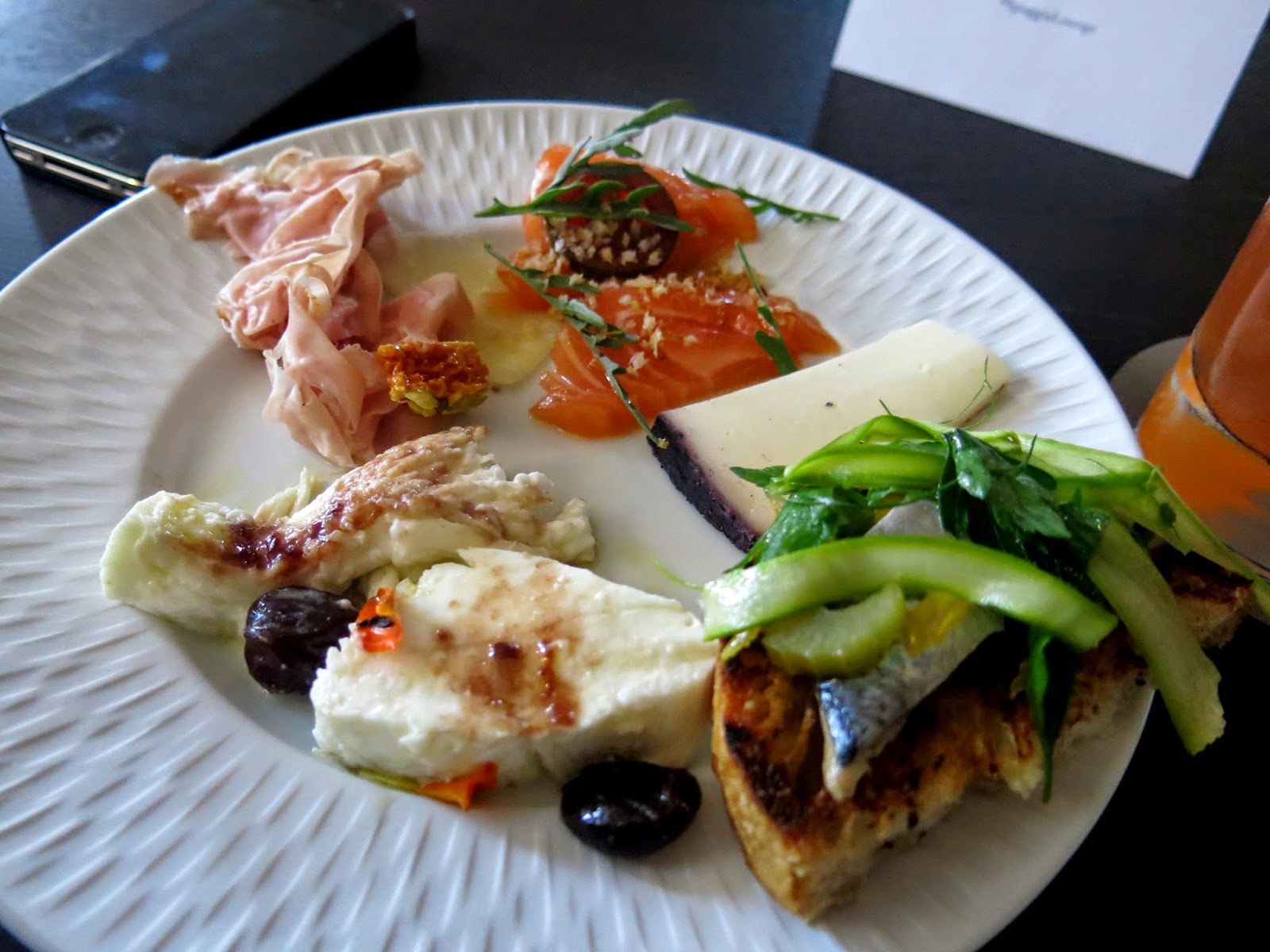 Executive Chef Chris Marchino has worked especially hard to incorporate modern techniques into the  standing menu of Italian classics as to introduce a whole new audience not only to the fine cuisine, but the phenomenal ingredients that have always been key to Spiaggia's success.  Chef Marchino was on hand with a big smile on his face the night Brandy was visiting Spiaggia, fixing plates of of delicious nibbles for the crowd  in between interacting with guests via Twitter and Instagram (@ChrisMarchino).  Most of the dishes were simple and clean, showing off the beauty of the ingredients themselves: thinly shaved Surryano ham and Mortadella topped with a little sweet honeycomb, various artisan cheeses, and sliced cured meats, fresh salmon, and an amazingly delicate buffalo mozzarella with macerated black cherries and a little balsamic vinegar were just some of the gorgeous treats put forward. 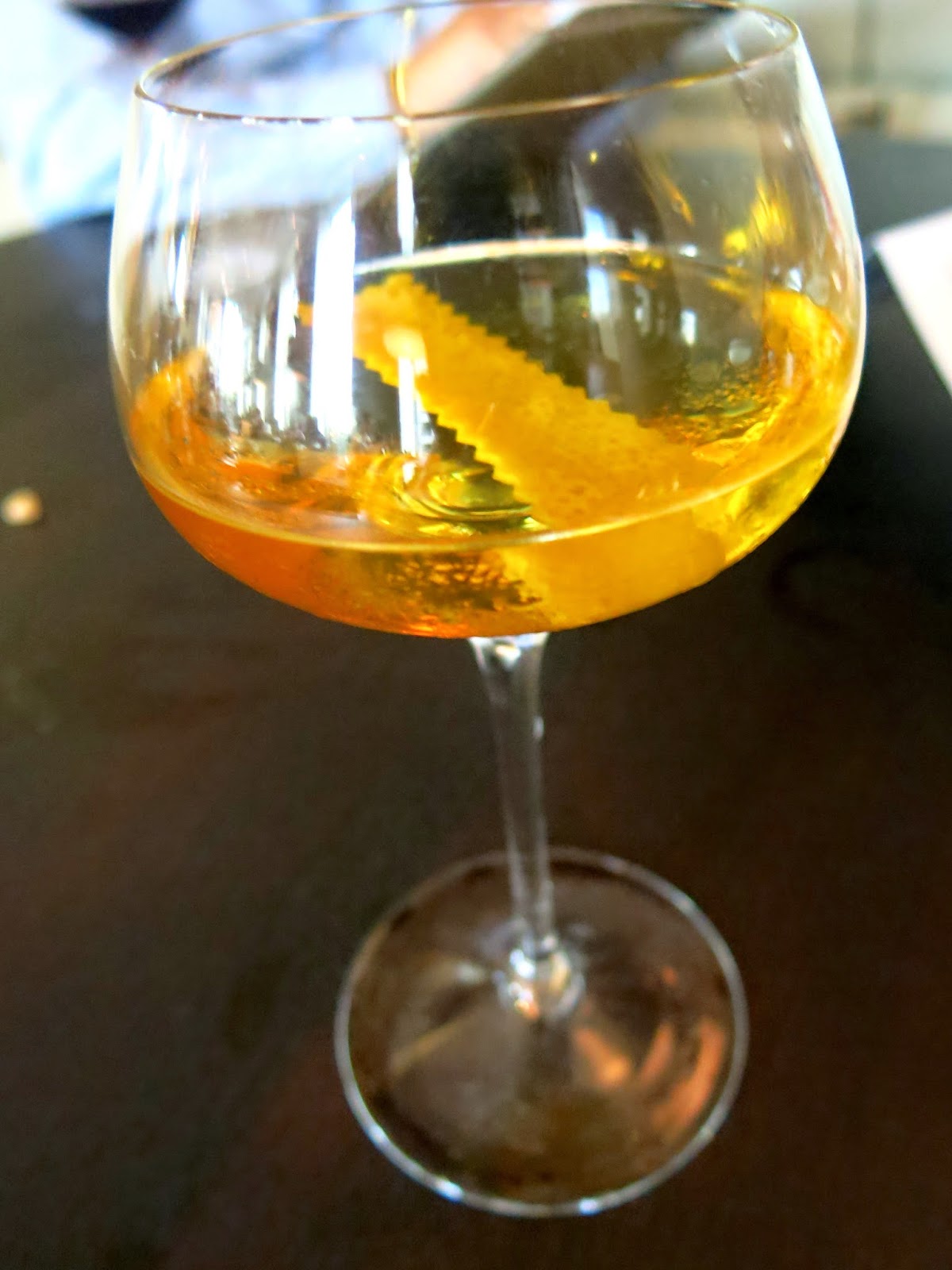 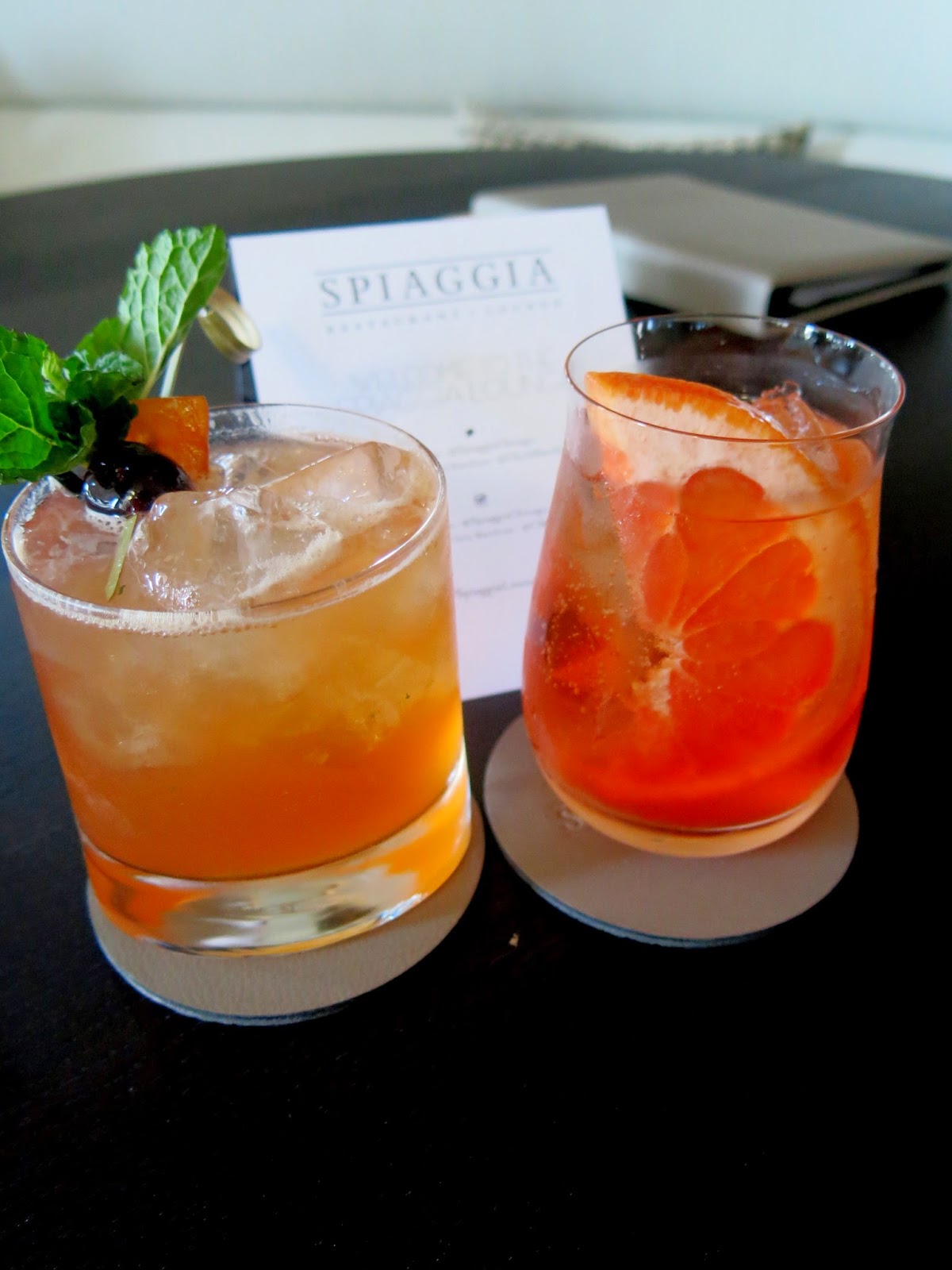 One of the newest and most exciting additions to the lounge is the craft cocktail menu, which Chef Mantuano himself helped to create.  Brandy had the pleasure of sampling a few of the new cocktails, her favorite of which was the Summer Smash, a fruity, refreshing mix of apricot and bourbon.  There was also a vibrant punch made with grapefruit juice and tequila, since apparently, tequila is the chef's liquor of choice.  Brandy also tried one of the more classic cocktails with a twist: the house Negroni, which had a mesmerizing, almost florescent yellow gold color and a citrus zing.  Along with the cocktails, the lounge also had an extensive wine list as well some excellent craft beers from Italy. 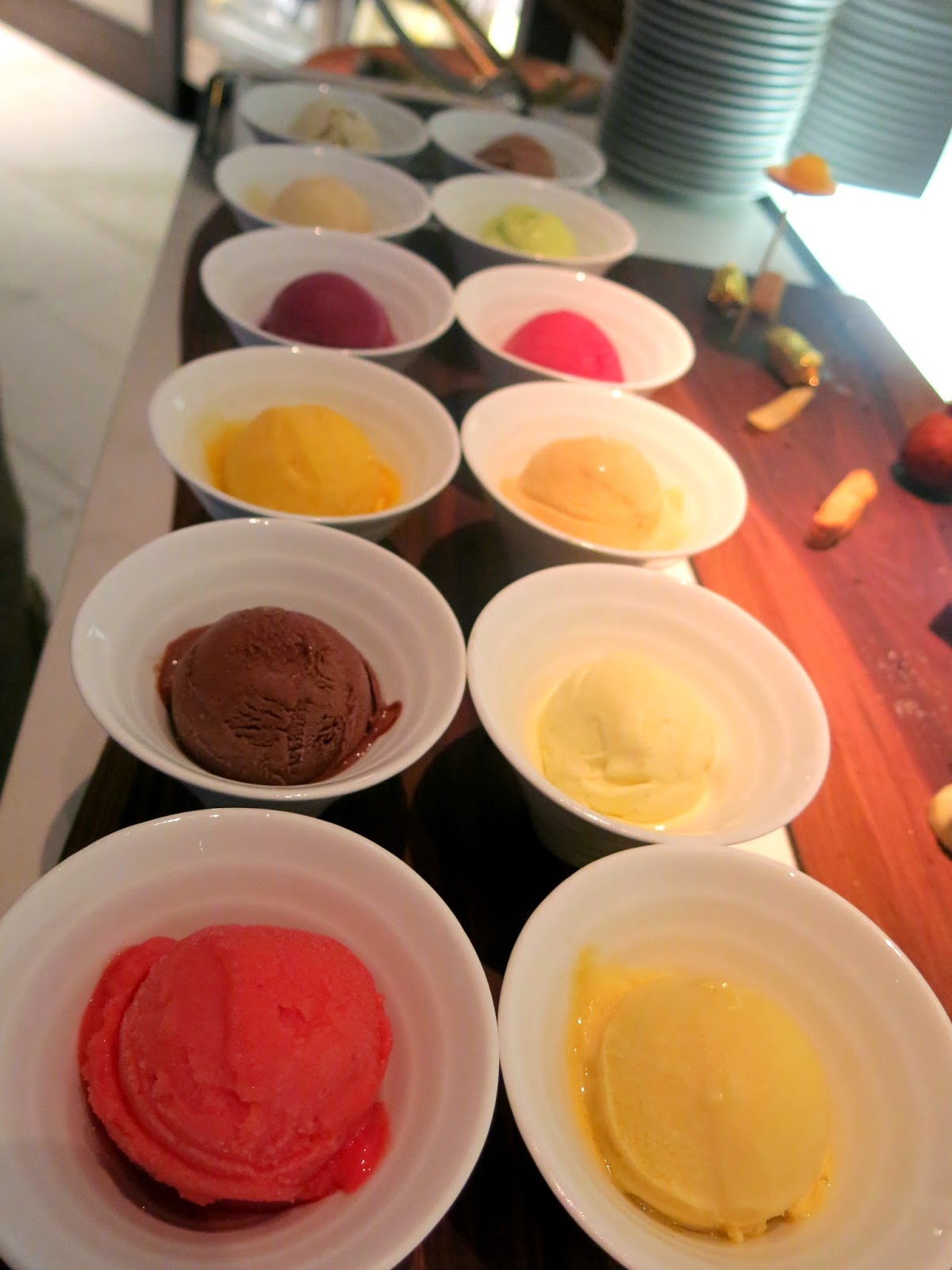 As one last surprise, Chef Marchino brought out several stunning planks of dessert bites that had everything from blue cheese macaroons to exquisite truffles and mini layer cakes.  Brandy was so overwhelmed by the beauty of the plating that she had absolutely no idea which bites she was tasting, but whatever they were, she could have eaten several more of them.  Finally came the frozen desserts, a veritable rainbow of house made sorbets and gellatos.  Brandy managed to snag a taste of two flavors, a creamy pistachio and an intense strawberry, and if it hadn't been considered a bit of a faux pas, she might have snagged the rest of the bowls for herself before anyone else got a crack at them. 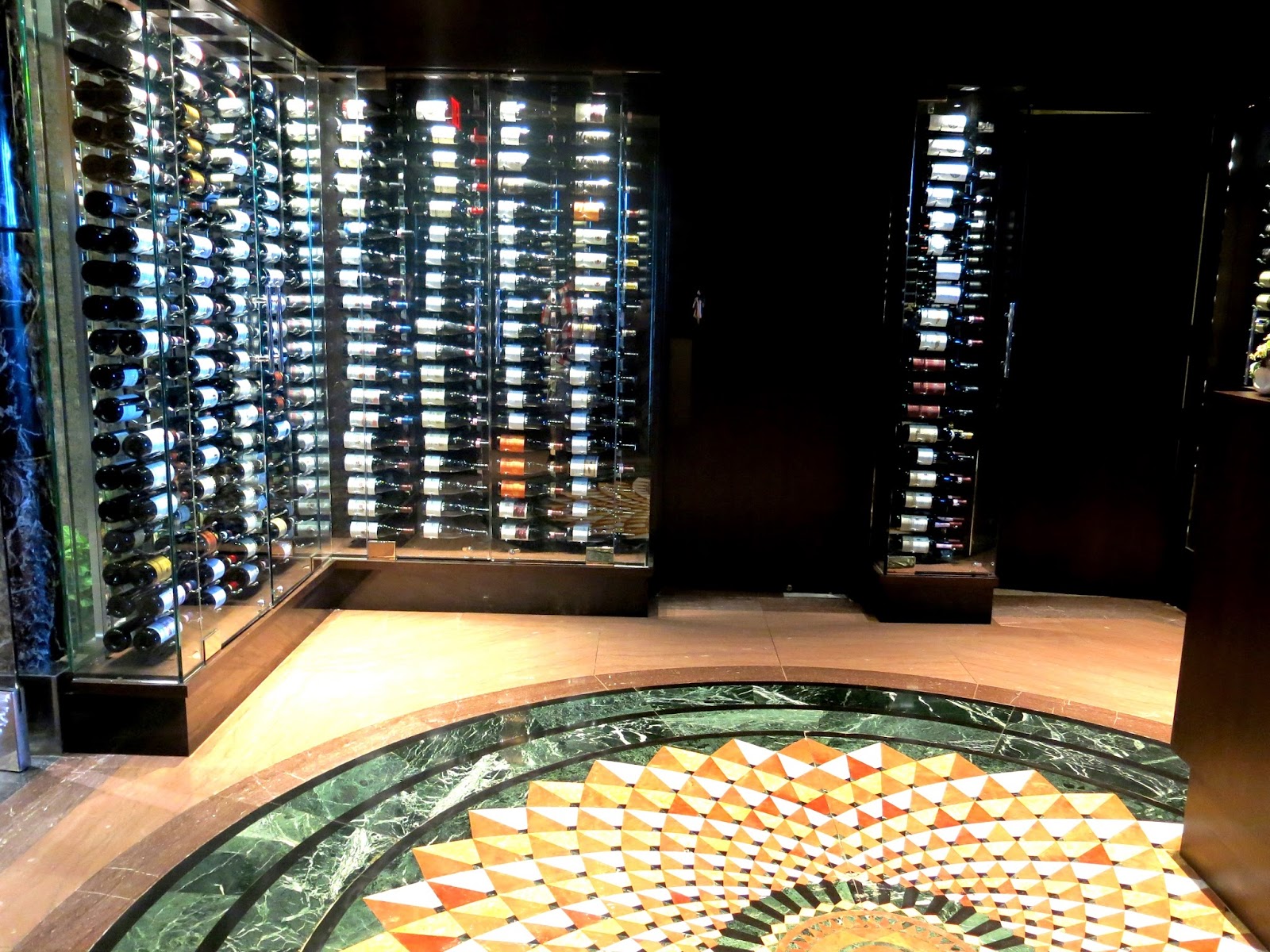 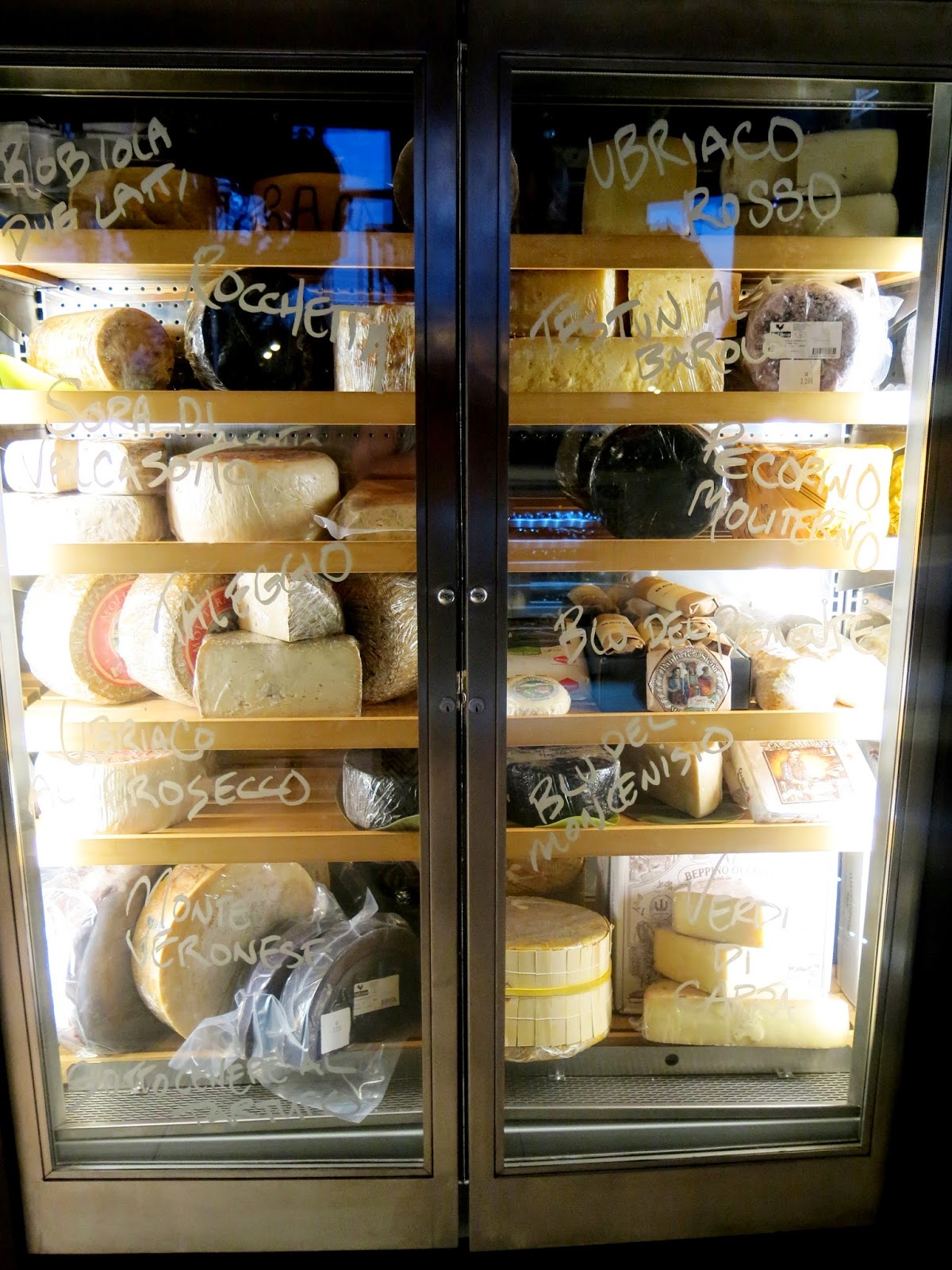 One night of gems like this and Brandy knew why Spiaggia is considered such a treasure.  Scoping out the amazing collection of wine at the entrance as well as the gigantic wheels of cheese displayed behind a pair of lit glass doors near the bar, Brandy was heard to comment, "I think I'll need to be coming back here often.  They may not serve brunch here (of in the more casual Cafe Spiaggia next door), but my mind won't be at rest until I know for sure what each of those cheeses pairs best with."

The writers of this blog were invited to attend this event by the restaurant in exchange for their honest opinions.