Postcards from Bunny: Step Up Women's Network Shine and Dine 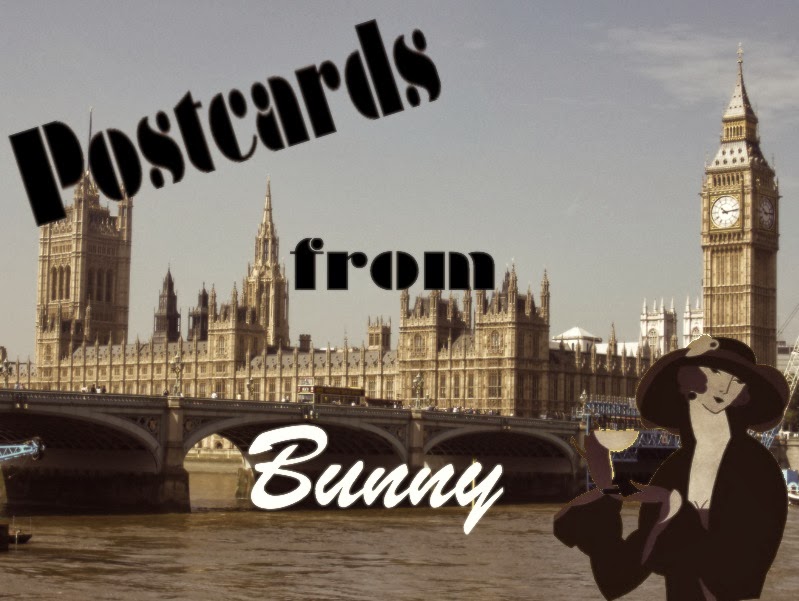 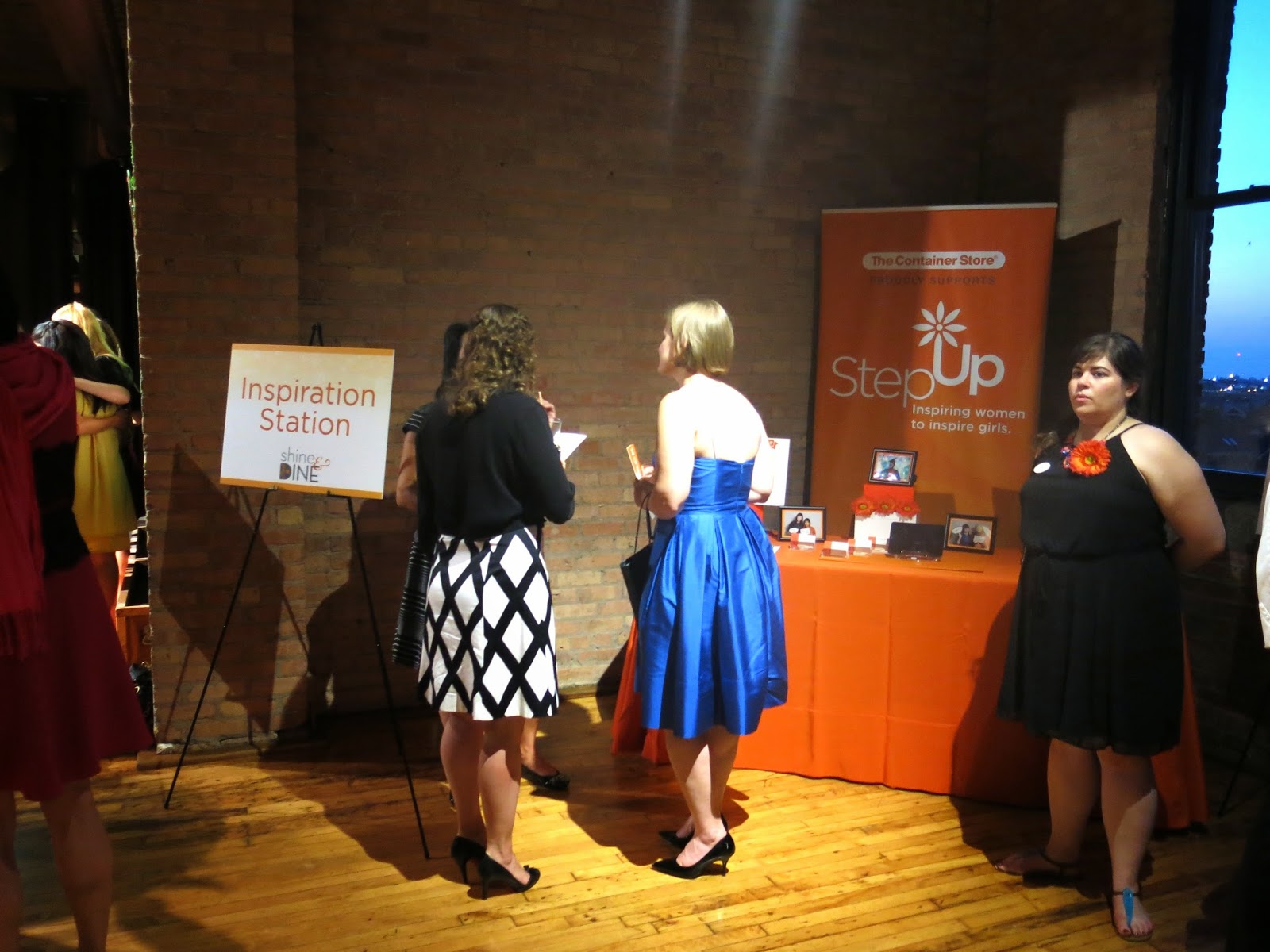 If there's one thing Bunny and Brandy do better than eating, it's eating for a cause.  Recently, Our Ladies were invited to attend a rather extraordinary event held at the stunningly beautiful Bridgeport Arts Center's Skyline Loft, which not only boasts the most impressive elevator ride in Chicago next to the Willis Tower, but also showcases extraordinary views of the downtown skyline.  Step Up Women's Network hosted their 4th annual Shine & Dine dinner in order to both honor the girls they help, but also to raise some money for their programs by offering Chicago foodies a spectacular array of tastes from some of the top restaurants in town.  "For once I can gorge myself silly and feel good about it!" Brandy said upon hearing about the event from Bunny (who was back in Chicago for a brief moment while on her way explore a new lead on the lost continent of Atlantis). 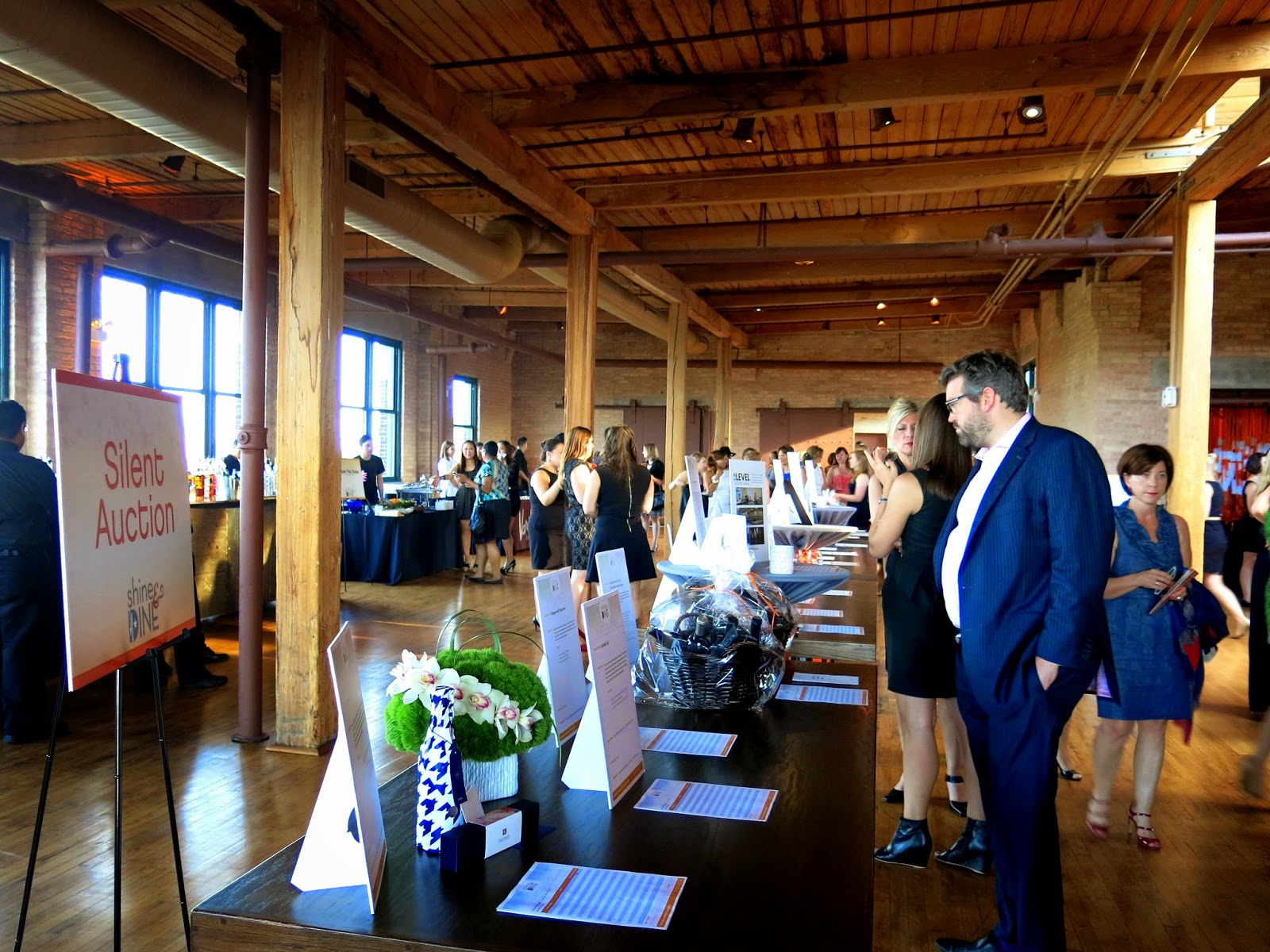 Step Up Women's Network is a non profit organization founded on the principal of helping women and girls to achieve their true potential through community service, mentoring, after school programs, and networking events.  They have branches not only in Chicago, but also in New York and Los Angeles, all of which continuously host events throughout the year that help connect professional women with each other and with girls looking to find their place in the world. 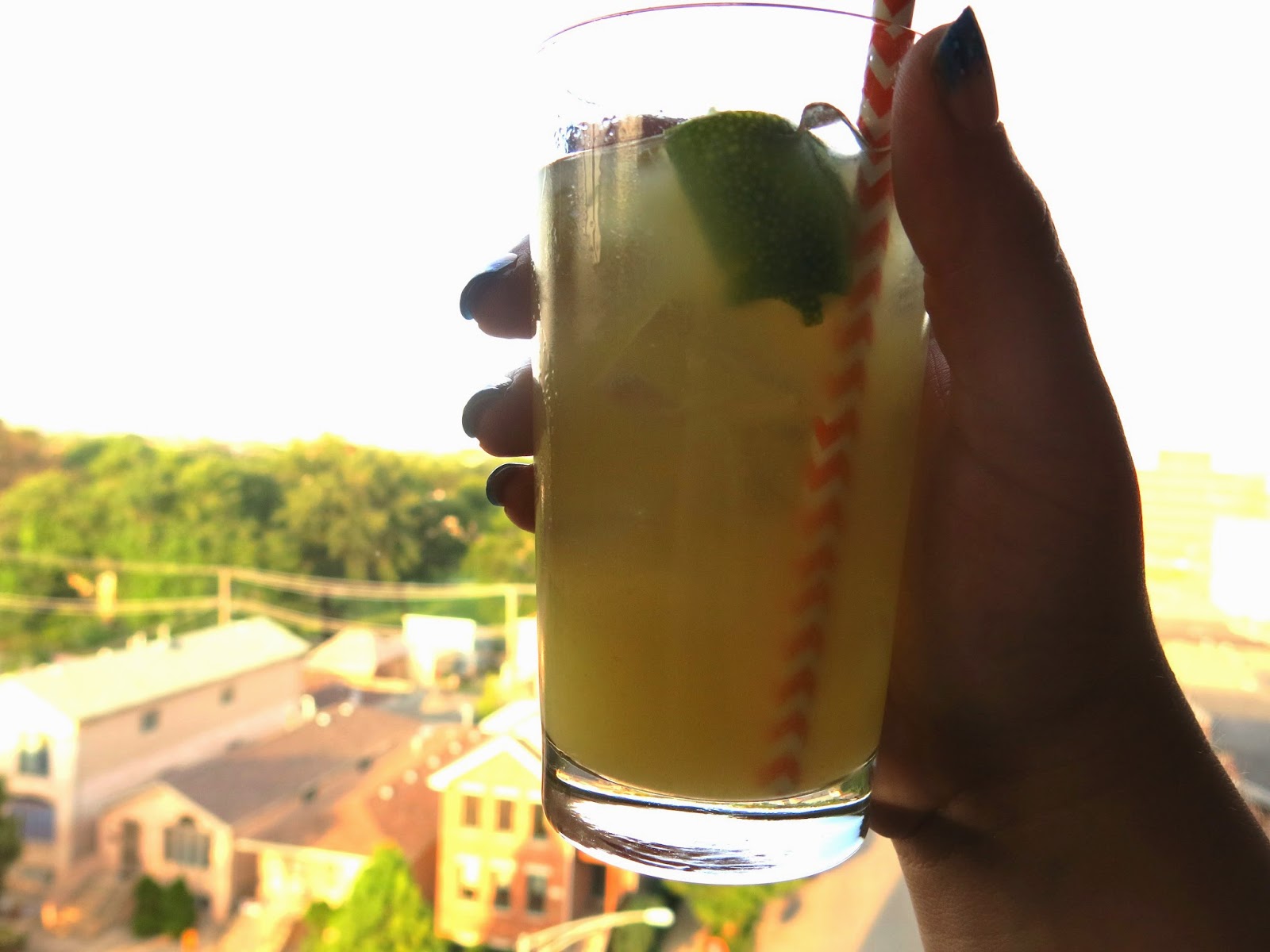 The Shine & Dine gala this year honored both Catherine De Orio of Check Please! as well as one of their alumnna, Kenia Rodriguez, who stood as living proof of the power that Step Up has to propel young girls towards achieving their dreams.  There was also a massive silent auction with amazing prizes like an MVP experience at a White Sox game, a wine tasting retreat, and a litany of spa treatments.  "Where do I sign up to win all of these things?" Brandy kept asking the attendants, "No dear, I don't want just the one thing, I'd like all of them.  Isn't there some kind of massive list I can join?" 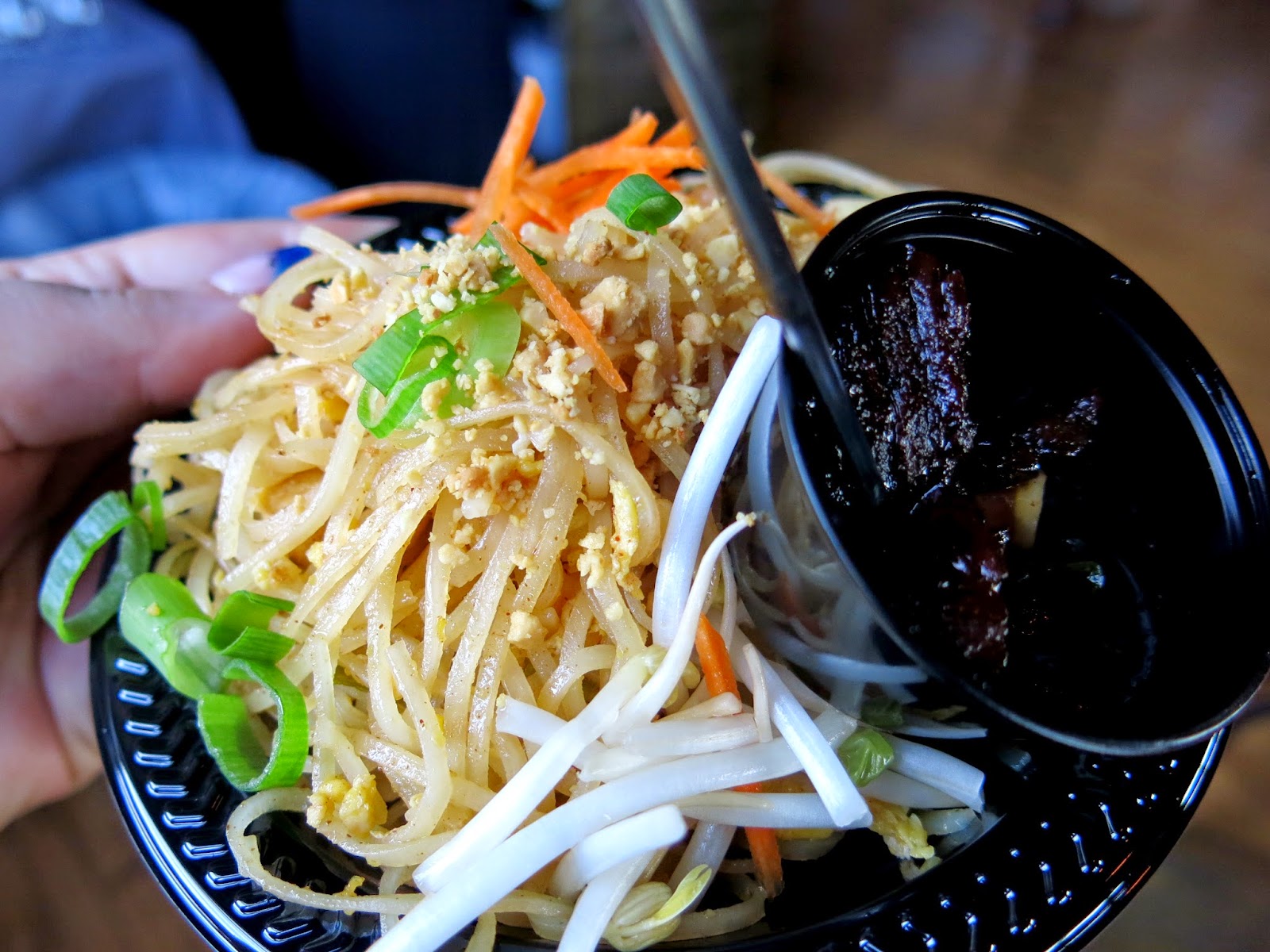 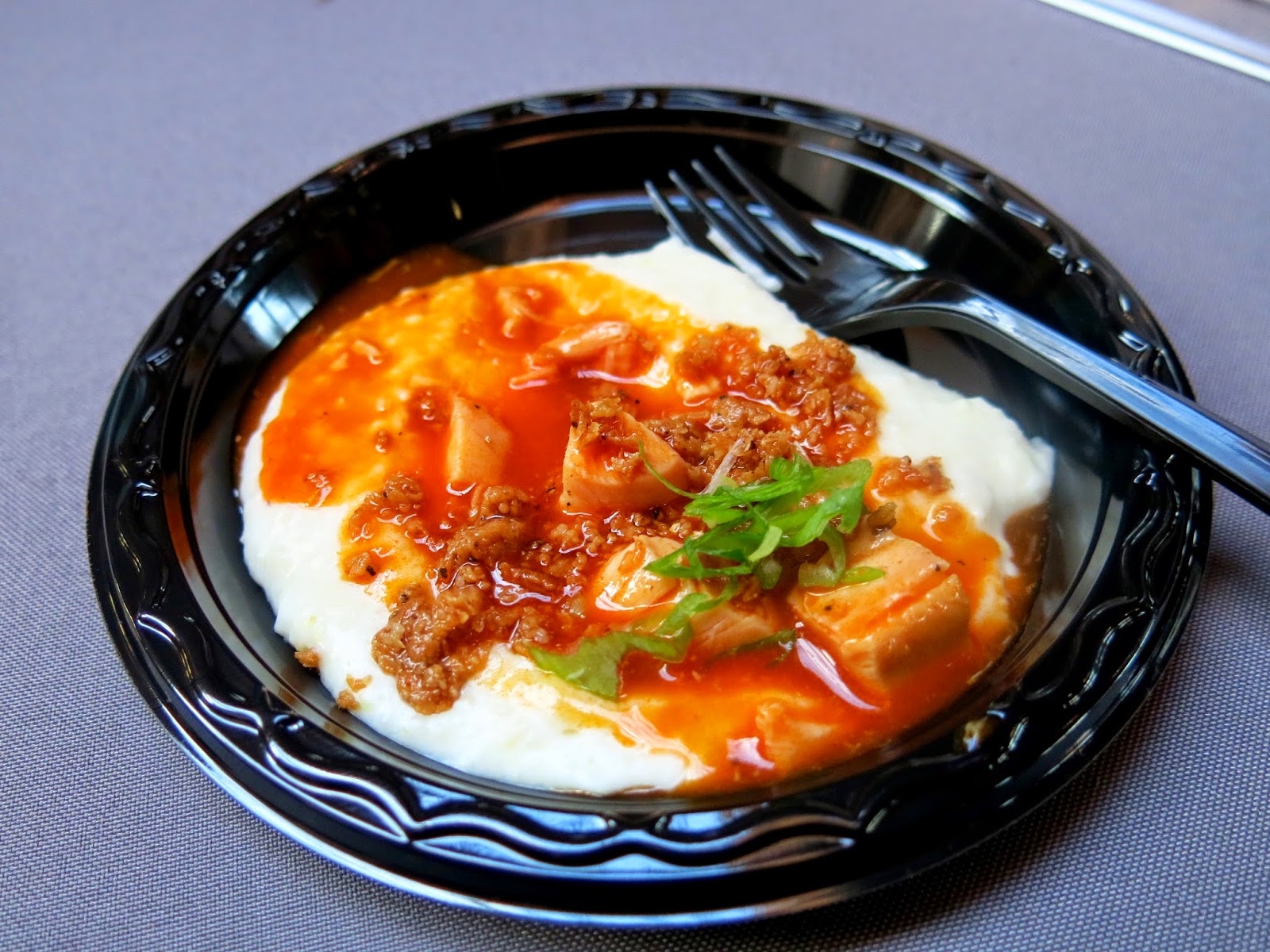 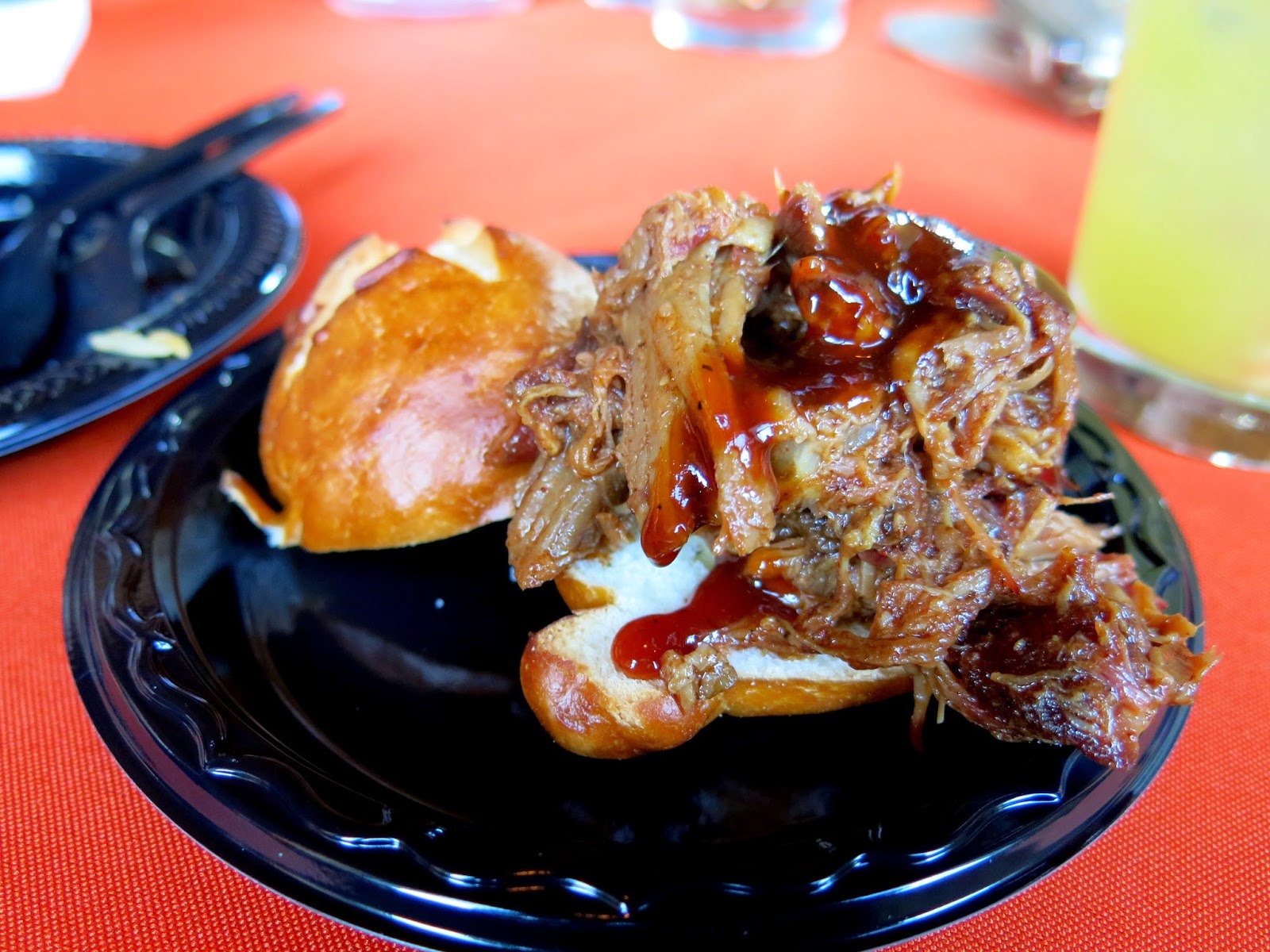 Of course, the food was a huge part of the evening.  The bars served a trio of specially crafted Ciroc cocktails, including one made with pineapple juice and lime that Brandy simply could not put down.  Passed bites circulated the room courtesy of Paramount Events, such as gorgeous little watermelon cups with feta cheese, mini grilled cheese sandwiches, and bacon wrapped dates.  Stations around the room hosted the various participating restaurants, who had certainly brought their finest out for the night.  Farmhouse Evanston served Mini Corn Cakes with a Jalapeno Relish, which actually went perfectly with their neighbor station, Chicago Q, which were serving Pulled Pork Sliders with a choice of some of their signature sauces.  Comfort food seemed to be the name of the game for a lot of the stations, as Honey Butter Fried Chicken served a Buffalo Chicken with Creamy Grits and RL Restaurant (RL stands for Ralph Lauren, as the restaurant stands directly next store the the designer's flagship location on Michigan Ave.) served up a Beer Braised Short Rib Sandwich.  Opart Thai House was one of the crowd favorites of the evening, serving a spicy and sweet dish called Tiger Cry Beef as well as their signature Pad Thai with a customizable variety of toppings, while Fillini Bar and Restaurant showed their Italian pride with a Rigatoni in Creamy Tomato Sauce topped with Yellow Fin Tuna and ZED451 brought their signature Fire Roasted Borsin Stuffed Peppadews and S'mores Pie Skewers, which Brandy recognized from seeing them at Chicago Gourmet last year.  On the sweet side, Vanille Patisserie presented Salted Caramel Macaroons as well as mini Chocolate Cup Cakes, Table Fifty-Two had a Blueberry and Peach Shortcake, and nUM yUMMIES passed around little bites like Chocolate Covered Raspberry Infused Pretzel Sticks and Chocolate Popcorn. 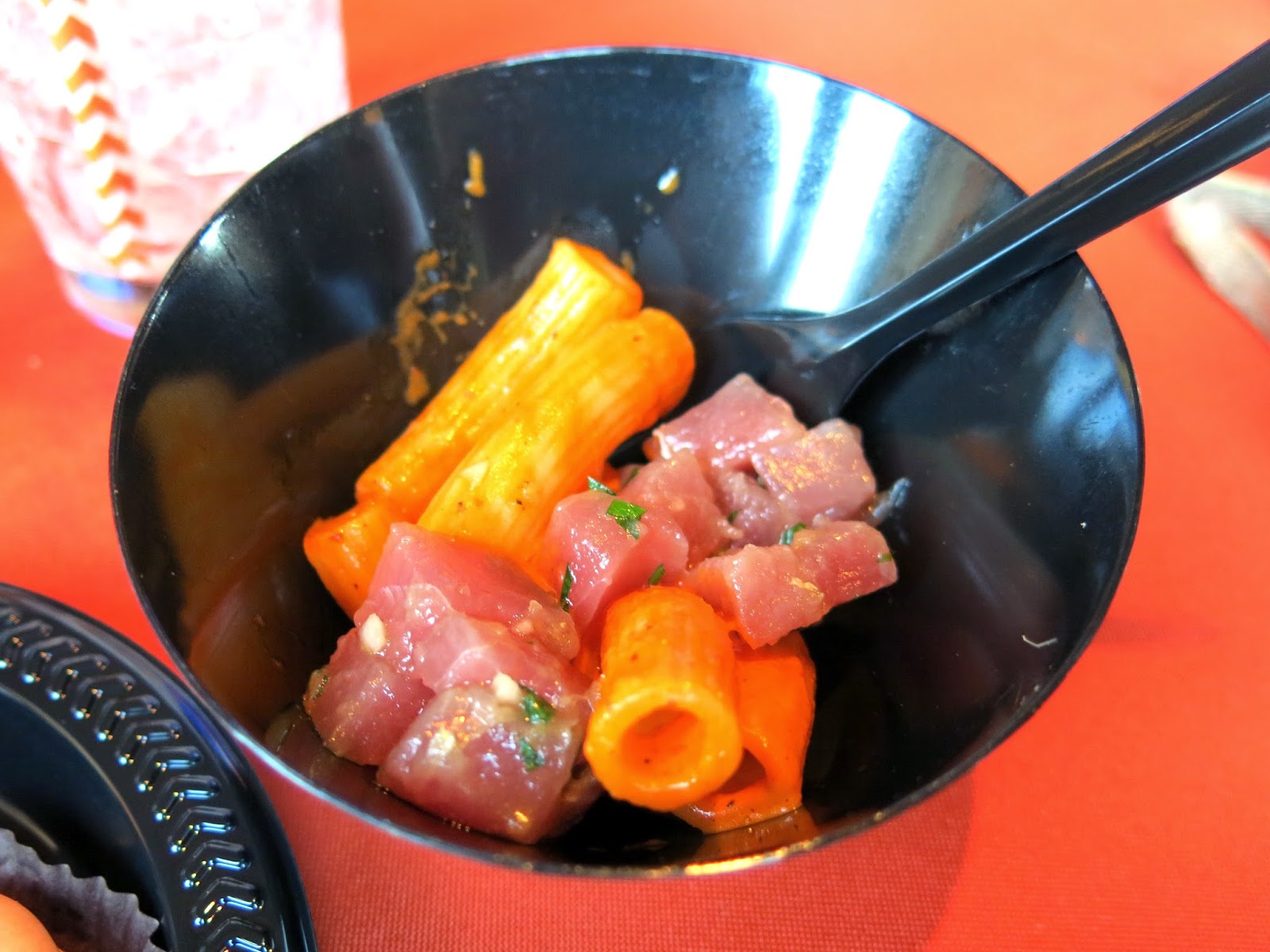 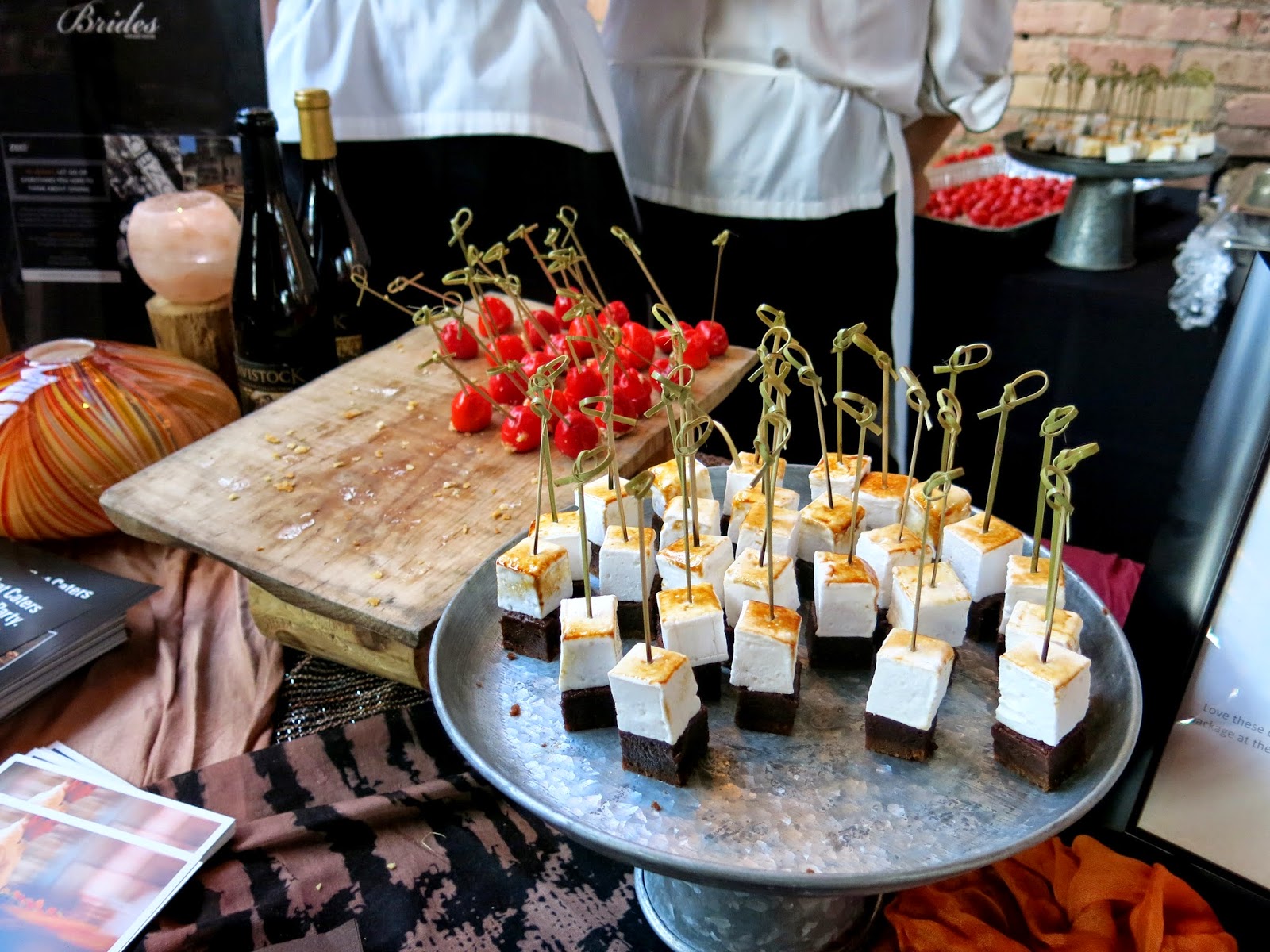 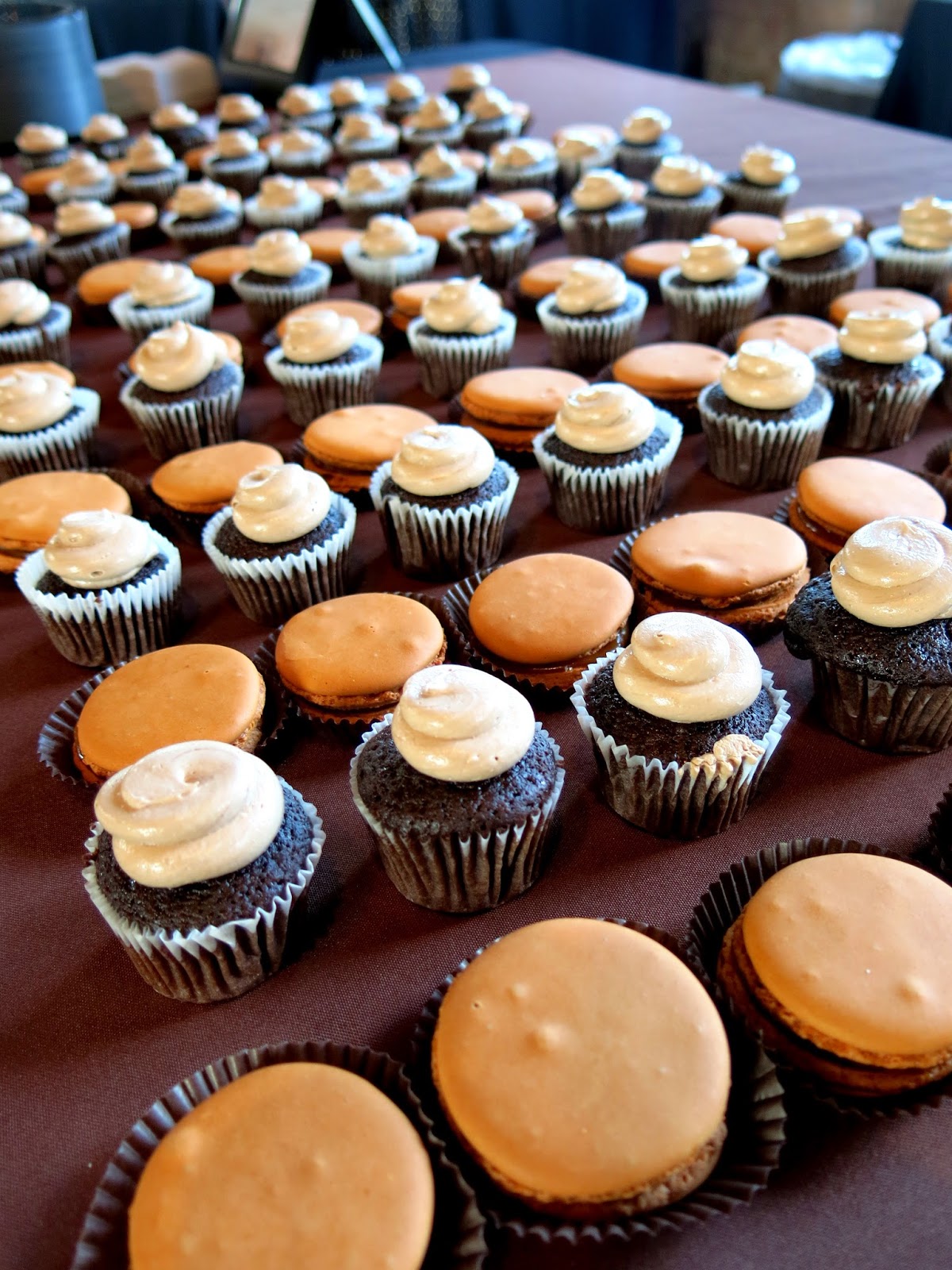 Though the food was beautiful and tasty to boot and the atmosphere was buzzing and alive, the real stars of the evening were the school aged girls who circled the room, taking pictures with attendees and proving to be the best kind of advertisement for the true meaning of the evening.  Bunny and Brandy were certainly honored to learn about this awesome organization and will most certainly be reserving tickets for next year's event!  Keep your eyes peeled on the Step Up Women's Network to be among the first to know when tickets go on sale, or make a donation in the mean time to this brilliant, positive organization.

Access to this event was granted to the writers of this blog at no charge in order to facilitate the writing of this post.
Posted by Bunny and Brandy at 10:47 AM

Email ThisBlogThis!Share to TwitterShare to FacebookShare to Pinterest
Labels: Postcards from Bunny, Shine and Dine, Step Up Women's Network