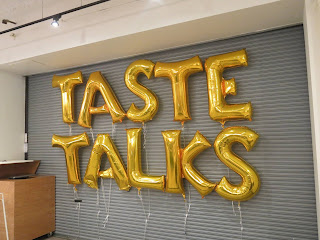 During the first weekend of October one of Brandy's favorite food festivals of the year, Taste Talks, invaded Chicago. With a host of seminars and events, the weekend long event aims to inspire industry professionals and food fans alike to learn about the latest trends and gain a deeper appreciation for the people and processes that go into producing amazing food. This year's conference  was set to impress with new host locations and lots of new talented chefs.

Brandy started off her Taste Talks weekend bright and early on Saturday morning at Revival Food Hall, which served as the new home for all of the food demos, panels, and seminars that form the center of the conference. Mindy Segal's Hot Chocolate stand provided a bounty of brunch bites, such as sweet and savory composed bagel toast and uniquely flavored mini donuts. The items were so popular in fact that many attendees didn't get a chance to taste them before they disappeared, (Brandy, on the other hand, had planned ahead and made sure she arrived early enough to have a crack at the goodies). 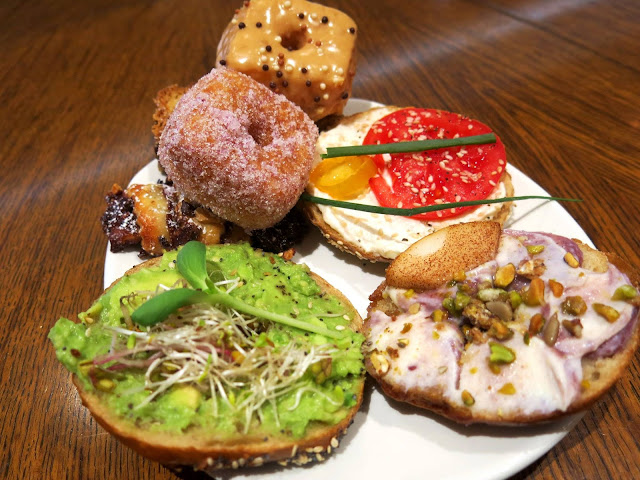 She then settled in for a morning of demos and tasting in the main hall. Future Top Chef contestant and Chef at Spiaggia, Joe Flamm  showed off his knife skills by filleting a salmon live in front of the crowd, then composed it into a simple crudo. Fabio Vivani was next, demystifying pasta making by showing the crowd how he could create fresh pasta in less than two minutes and make it into a composed dish in less than ten. Jenner Tomaska from Next made a rare appearance, talking about how the creative geniuses in his kitchen find inspiration for their dishes in unexpected places; from centuries old French cookbooks to childhood favorite poems (indeed, all of Tomaska's talk of "story telling" and "narrative" prompted Brandy to suggest that he might want to consider partnering with some noted fiction writer in order to create an original narrative that could be then be made edible, an idea he seemed to take a shine to. So let it be known that should such a menu appear at Next, Chicago will have Brandy to thank for it!). The last demo Brandy attended had her delighting in watching Phillip Foss of El Ideas explain the genesis and evolution of his signature dish, French Fries and Ice Cream. She was even more pleased when she had a chance to sample that hot and cold, sweet and savory wonder consisting of vanilla whipped cream frozen instantly with liquid nitrogen spooned on top of warm cream of leek soup with small chunks of thrice fried potatoes at the bottom. 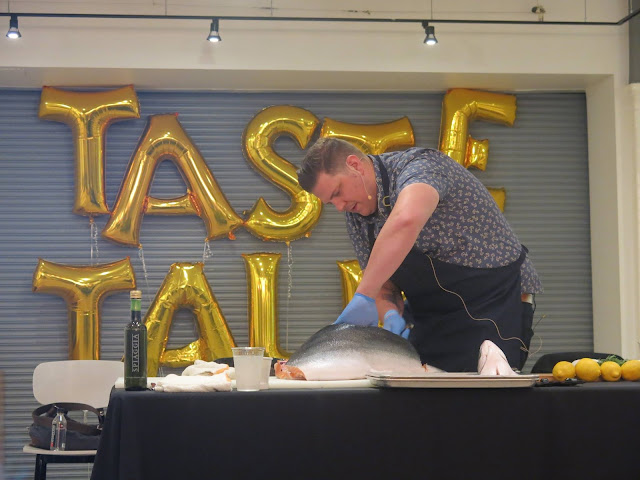 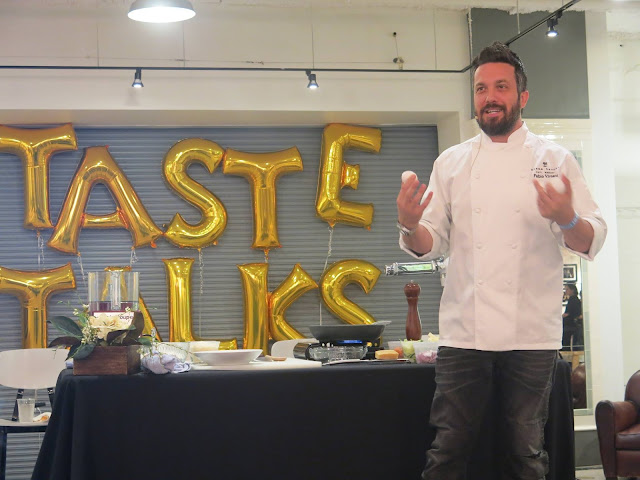 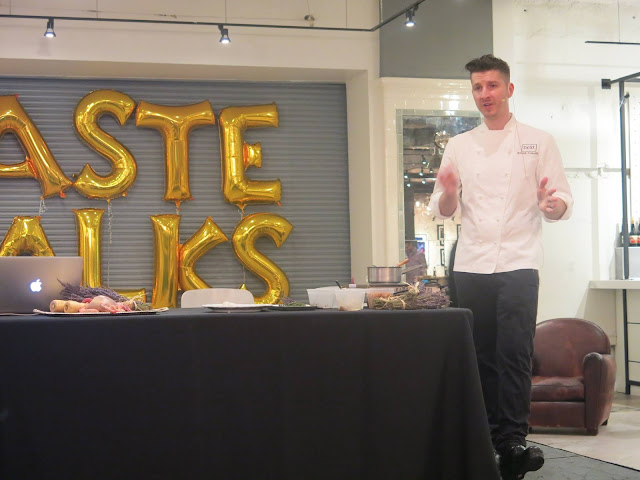 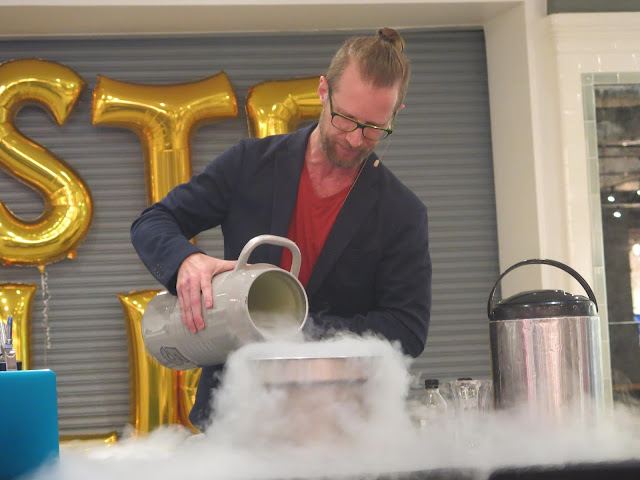 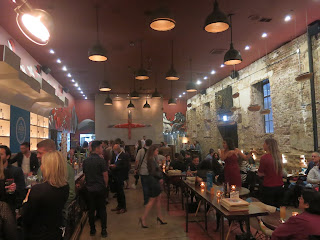 Later that night, Brandy adjourned to Fulton Market Kitchen, where a collaborative dinner themed on a "Family Meal," (no, not Thanksgiving, but rather the meal restaurants serve their staff before service begins) was being hosted. The night was drowned in Altos Tequila cocktails, which helped to loosen up the attendees, many of which were seated at communal tables.  Pat Sheerin kicked things off with a pair of roasted vegetable dishes, followed up by Chris Curren's fish course with tilapia in tomato sauce with Spanish rice and a simple ceviche with lime and garlic. The meat course came courtesy of John Manion and consisted of a Pork posole verde (served in a plastic service cup to mimic how a server would eat it back in the kitchen) and an amazing plate of short rib nachos with avocado crema, chojita cheese, and pickled onions. Finally, dessert came in the form of four beautiful little bites from Becca Zuckerman; Mexican chocolate cookie sandwiches, tres leches cupcakes,and tequila lime tarts. 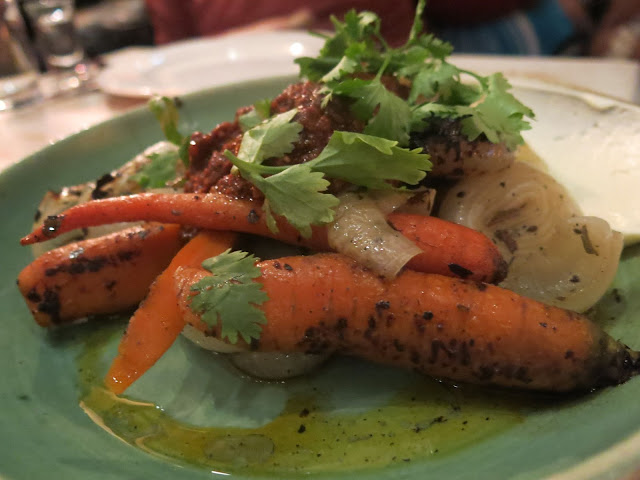 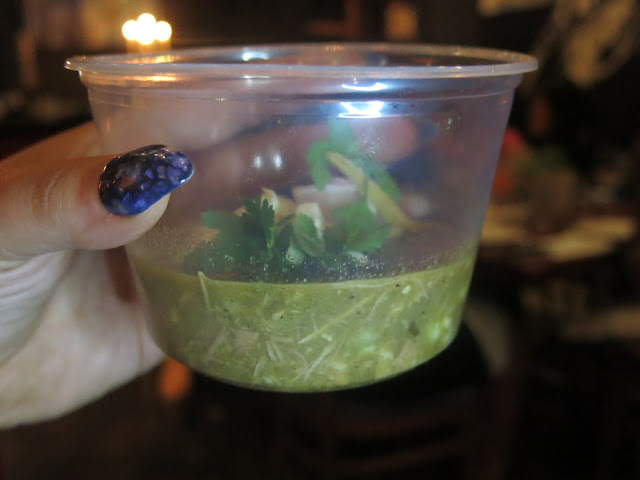 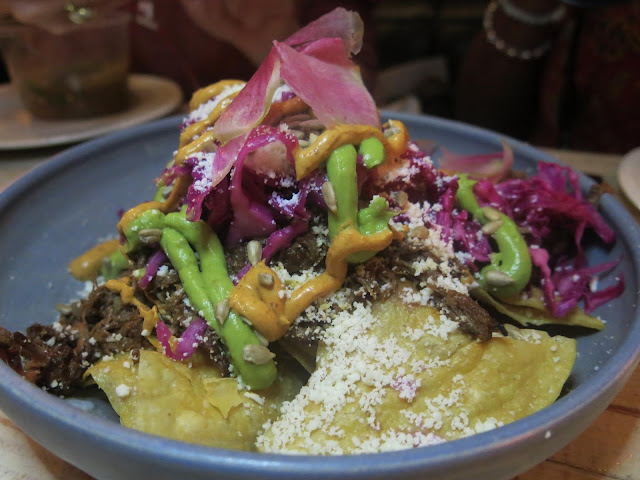 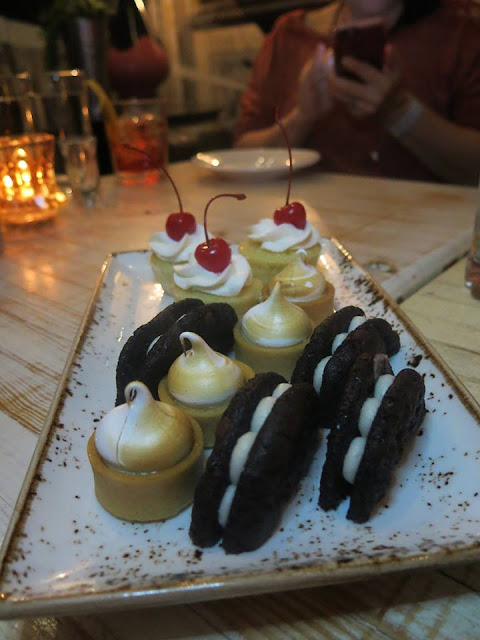 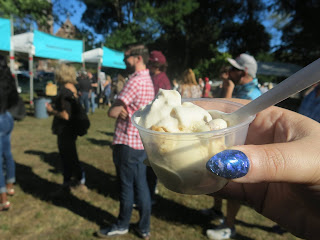 Brandy had barely recovered by the next day when she headed out to the All Star Cookout in Palmers Square. Having picked the second entry time to accommodate her hangover from the previous night's festivities, she was a little disappointed to learn that two of the restaurants present had already run out of food (the drinks tent also had only a few remaining options). Never the less, the rest of the restaurants in attendance seemed well prepared with enough food to make up the difference. Standouts from the day included Fat Rice's "Dirty BBQ," which consisted of a cinnamon scented beef rib and a delicious chicken wing covered in various crushed up crisped potato snacks. Proxi served a very unique Thai sausage, mini Bulgogi Beef tacos came from Seoul Taco, and Grilled Beef Rolls from Oriole, who had partnered with this year's guest chef curator, Andrew Zimmern from Bizarre Foods. 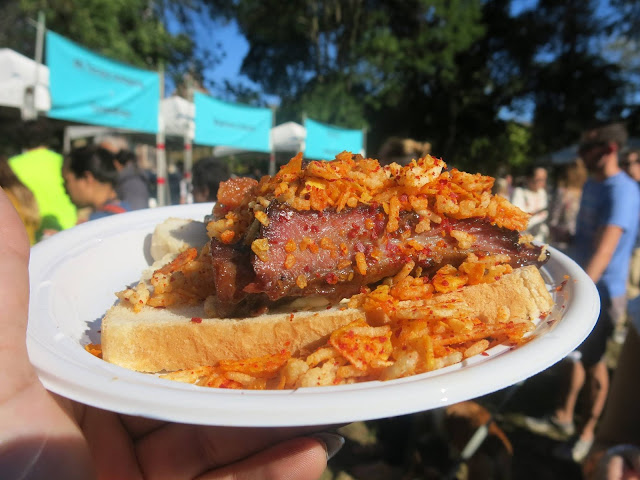 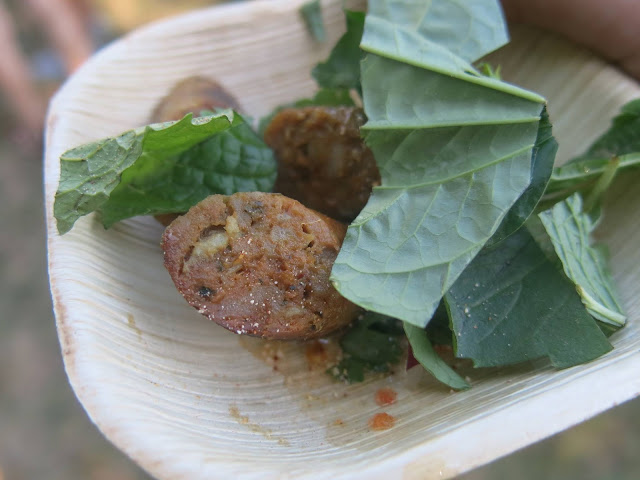 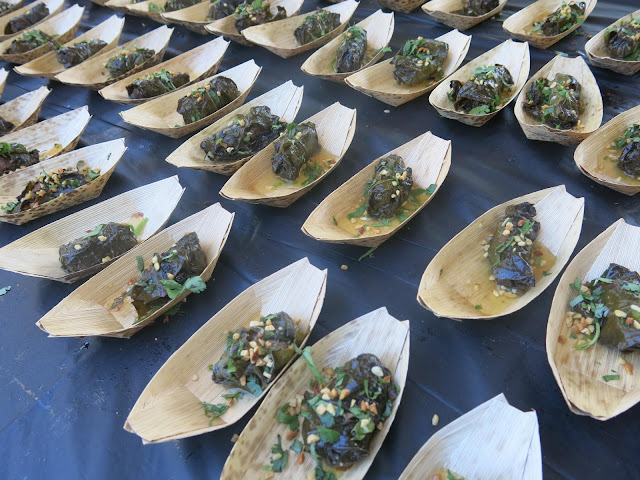 There were definitely some bumps in the road for this year's Taste Talks, but there was also a great lineup of chefs throughout the weekend who brought their passion and skills to the plate. For more drool worthy pictures (of both the chefs and their food) make sure to stop by Bunny and Brandy's Facebook Page.

The writers of this blog were invited to attend Taste Talks free of charge in order to facilitate the writing of this post.
Posted by Bunny and Brandy at 12:15 PM