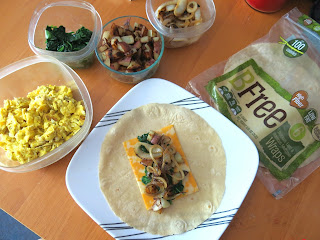 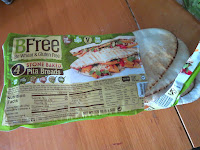 There are a few things Brandy is picky about.  Tea?  "Nothing but the best will do."  Eggs Benedict?  "There is a formula that needs to be adhered to."  Pancakes?  "Texture is everything."  And like tea, benedicts, and pancakes, Brandy is pretty picky about her bread.  This might be why the proliferation of gluten free bread products has her raising a skeptical eye brow.  "I'm sure they try their best, but can gluten free bread really live up to the classic stuff?  I'm not so sure." 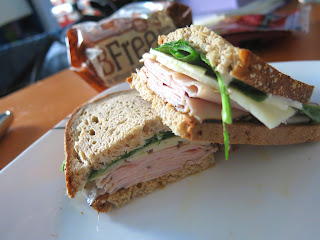 Recently, Brandy was given a chance to try a line of products from BFree Foods, a company not just producing loafs of bread, but a whole range of products meant to keep those who live a gluten free lifestyle from missing out on their favorite foods.  There is not just loaves of bread in the line, there's also dinner roles, wraps, pita pockets, and even bagels, all coming in both classic "white" styles and also "brown" or seeded versions. 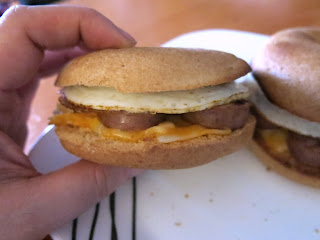 The bread was a revelation to Brandy as she made some simple turkey sandwiches with it.  Brandy's previous experiences with gluten free bread has always resulted in grainy, crumbly textures that aren't always up to holding together a large collection of fillings, but the BFree bread was indistinguishable from the usual stuff.  It was dense, soft, and perfect for slathering on copious amounts of mustard and mayo.  Brandy also liked that the slices were long, which when cut in half, made for perfect hand sized halves of sandwich. 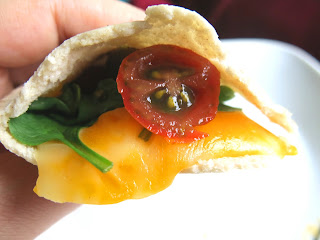 The bagels too were a bit of a surprise.  While fresh out of the fridge, they were a bit crumbly, once toasted, they gained a good amount of structure that made them perfect for a simple spread of cream cheese, or as the bookends of a sausage and egg sandwich.

The pitas were a little on the fragile side and were harder to stuff completely full, but they tasted lovely.  Brandy liked filling them with a bit of cheese and veggies for a quick afternoon snack.

The thing that really impressed Brandy and brought her around were the wraps.  Both the plain and the seeded wraps held together extremely well under a barrage of ingredients as Brandy experimented to find the perfect breakfast burrito.  She added things like scrambled eggs, Swiss cheese, sauted spinach, garlic mushrooms, crispy potatoes, and caramelized onions, and wrap after wrap, the burritos held together.  Brandy especially liked the seeded wraps, which were embedded with quinoa and chia seeds for an extra little bit of crunch. 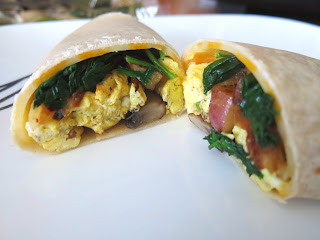 "Alright, I admit that I under estimated the capabilities of what gluten free bread can do," Brandy commented as she looked over her carnival of carbs.  But even though she had been trying a lot of recipes, BFree products were all fairly low in fat, calories, and high in fiber, so she figured that a few more nibbles of a pita bread weren't going to hurt in the long run.

The writers of this blog were provided with products by BFree in order to facilitate the writing of this post.
Posted by Bunny and Brandy at 10:49 AM