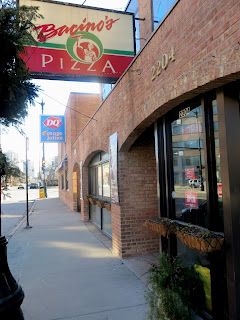 Brandy had been planning a trip.  A trip she hadn't told anyone about.  Mostly, she hadn't told anyone about it because she knew what she'd hear if she anyone in Chicago knew where she was going.  It would start with the sly, condescending grins, then a shake of the head, and inevitably, something along the lines of, "Everything they have, Chicago has too, you know," would be said.  Yes, Brandy was going to New York City.  Sadly, though, just as she was scheduled to be sitting in Times Square, eating pizza and cheesecake before taking in a Broadway show, a certain blizzard swept through the northeast, putting an end to her plans.  "It's been so long since I was last in New York," she lamented to her friend Hawk, "All I really wanted was to visit one of those old neighborhood Italian bistros, you know, the kind with red and white checked table clothes and the candles in the Chianti bottles and the huge shakers of Parmesan cheese on every table."  "You do know they have those in Chicago too, right?" Hawk asked.  "Yes yes, but it's just not the same."  "Well, I bet that if we find a nice little pizzeria to have brunch at, you'll start feeling a lot better." 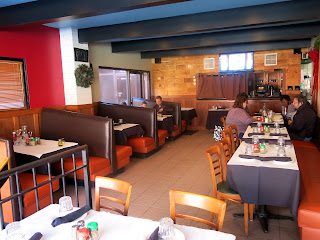 Pouting the whole way, Brandy let Hawk escort her out to Bacino's on Lincoln, a family owned spot that's been turning out delicious pizza for over 30 years.  This was no modern chic eatery, but a good old fashioned bistro with wood tables, vinyl booths, and tile floors.  "Does this not feel like a place you'd expect to find tucked away in some little Brooklyn side street?" Hawk tried to prod her.  Brandy merely glared at him. 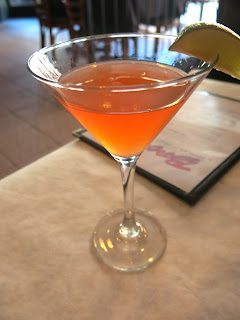 To try and get her into a better mood, Hawk suggested she order a cocktail, to which Brandy was highly agreeable.  She went for the St. Fresco Martini, a light and citrusy concoction with a predominantly grapefruit flavor.  Brandy found the mix a tiny bit astringent, but a fairly fitting flavor for a brunch cocktail. 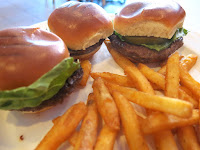 Hawk took the liberty of ordering a few starters for the table, requesting some Spinach and Artichoke Dip as well was some Mini Burgers.  The burgers were rather nice little appetizers, coming three to a plate with a handful of crispy fries as accompaniment.  The beef was perfectly cooked and had a nice flavor, but Brandy couldn't help feeling they needed a little cheese or onion to really jazz them up.  The spinach dip was very creamy and satisfyingly cheesy with the vegetables giving it a good sort of chunky texture.  Brandy especially liked the little pieces of crustini that accompanied it, which were coated in a garlic butter for a little extra oomph. 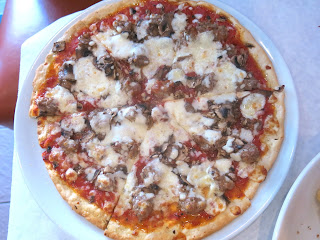 Hawk decided to go with one of the signature pies as his entree, choosing the Sausage and Mushroom.  The crust was cracker thin, but sturdy enough to not buckle under the weight of the toppings.  The sausage had a good spice to it, while the tomato sauce had a slight sweetness, which Hawk very much enjoyed.  "Of course, if we are supposed to be pretending to be in New York, I'd better fold this slice before I eat it," Hawk commented, jokingly, but Brandy suddenly got very serious.  "Don't you dare," she hissed, "I will not have our pizza eating habits judged by the other Chicagoians in here." 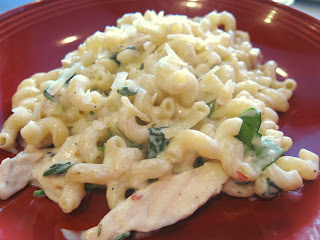 Brandy decided on the Cavatappi con Pollo for her main dish.  The corkscrew pasta came dressed with slices of white meat chicken and spinach coated in a traditional Alfredo sauce and lashings of cheese, completed by a small loaf of bread for wiping up every last bit.  Brandy found the pasta a little over done for her taste and the chicken, while tender and juicy, a tad under spiced, but the sauce was the perfect kind of creamy indulgence she had be craving.  "Just the perfect sort of bistro dish to make you feel like a Sunday afternoon could last forever," she sighed happily.

Though she didn't quite make it to New York, Brandy was happy enough with her substitute sojourn to Bacino's.  While one wouldn't really think of a pizzeria for brunch, she found it a welcome change of pace from her usual assortment of pancakes and omelettes.  The service was friendly enough and the prices seemed fair, especially when considering the substantial portions of most of the dishes that left Brandy and Hawk battling over who would get to take home the left overs.  "Alright, I admit it, Chicago can indeed match New York, even when it comes to little neighborhood Italian restaurants," Brandy finally conceded, "Now when the Big Apple finally does defrost, all I'll need to find is some good cheesecake."  "Have you heard of Eli's?" Hawk asked, smiling.  Brandy narrowed her eyes at him. 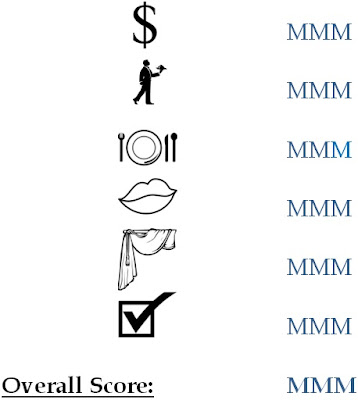