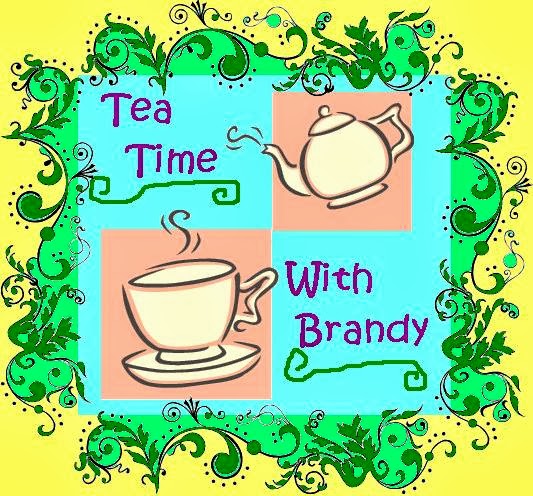 Meal delivery services seem to be all the rage these days.  It's no wonder, what with work schedules growing increasingly erratic and people's lives filling up with all sorts of hobbies and distractions.  "I know several people who simply cannot put down their electronic do-hickies when they are home," said Brandy, "I'm not one to judge, as I get the same way about my needlepoint.  Often I'm there, stitching away for hours, and I simply forget to cook a meal!"

Throwing their hat into the ring of meal delivery is Chefmade, a company offering fully prepared meals that are hearty and healthy.  Chefmade's website takes orders from customers up through midnight on Thursdays, guaranteeing delivery of their food on the same Sunday.  Chefmade offers a new set of meals every week, giving their customers lots of exciting choices to keep their palates interested.  Brandy especially loved that they offered breakfast options, a choice many similar services simply don't have.  Taking that into consideration, Brandy decided to give Chefmade a go. 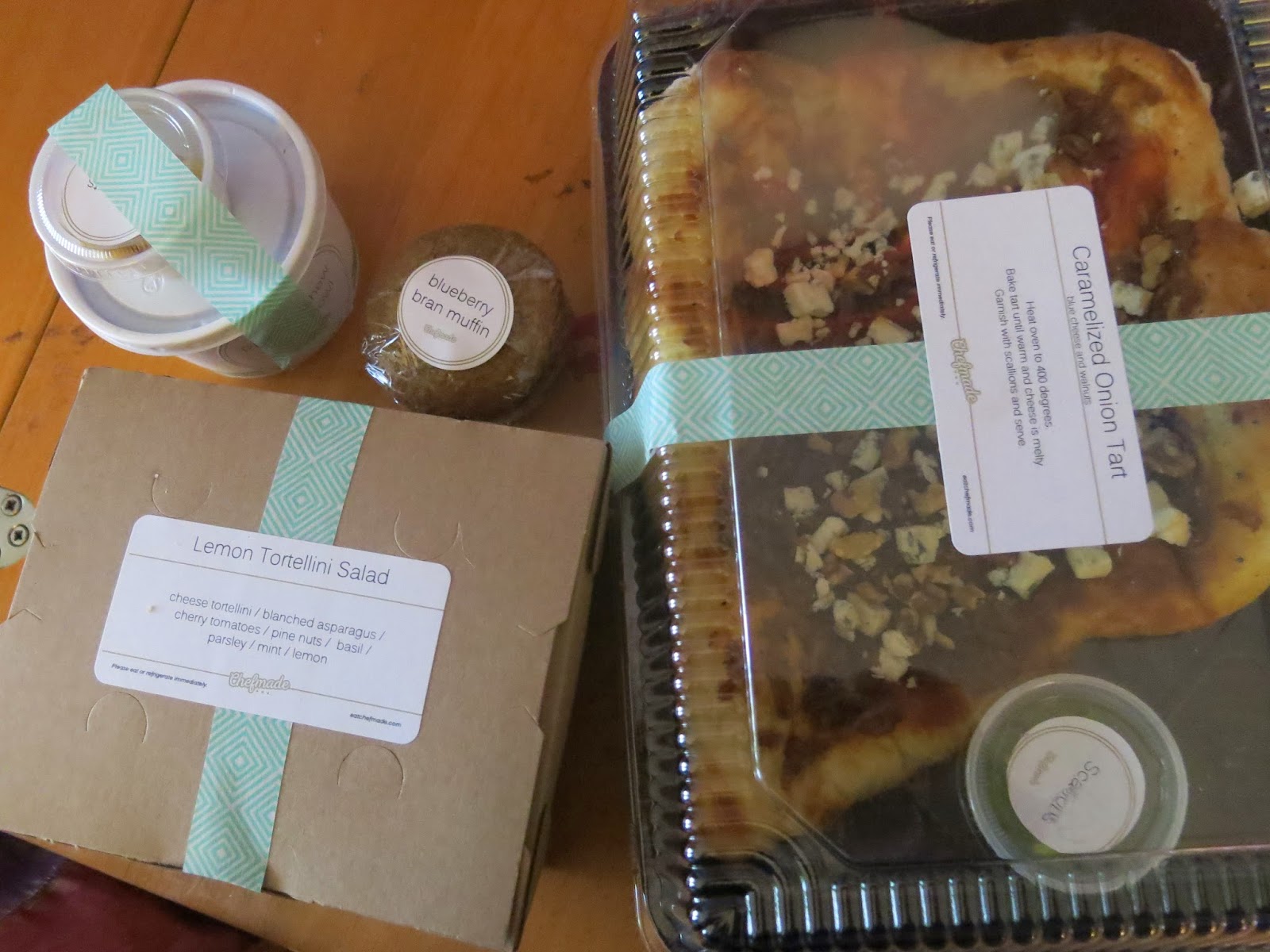 The ordering process was exceedingly simply to navigate, even for Brandy, and on the day of delivery, Chefmade kept Brandy abreast of their timing extremely well.  She received both an email and a text in the morning, telling her when she could expect her delivery, which helped her to plan how long she could be out of the house for brunch.  Later in the afternoon, she got another text letting her know that she was next up on the delivery docket, and then a last text when her delivery was neigh.  This last text helped greatly, as she was able to greet the cheerful driver at her door and receive her delivery with no more fuss.

Brandy had decided to order four meals offered by Chefmade that week: a Caramelized Onion Tart with Blue Cheese and Walnuts, a Lemon Tortellini Salad with Asparagus, a PB+J Cashew Yogurt Bowl, and a Blueberry Bran Muffin, all of which made for perfect breakfasts and lunches throughout the week for her. 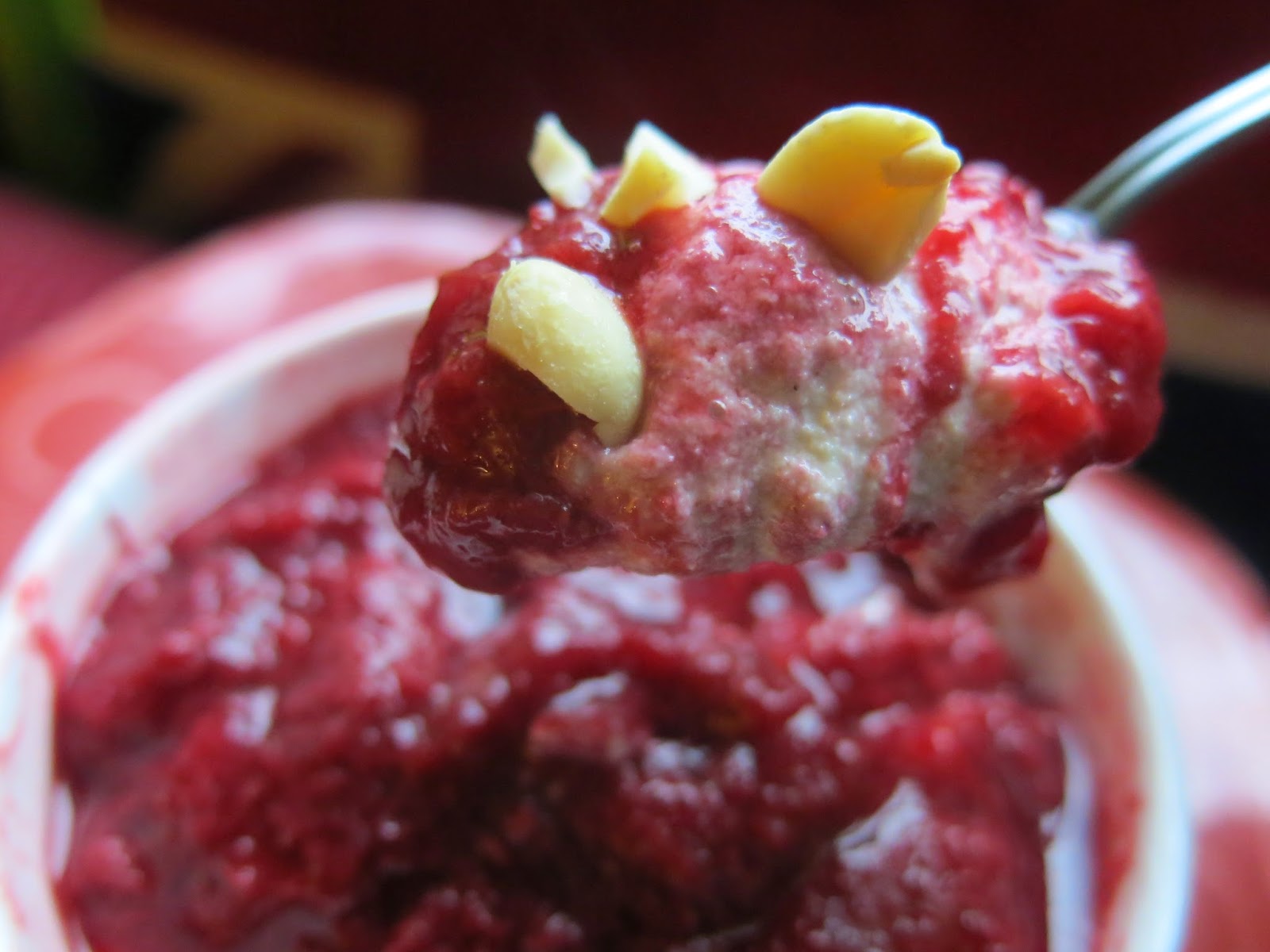 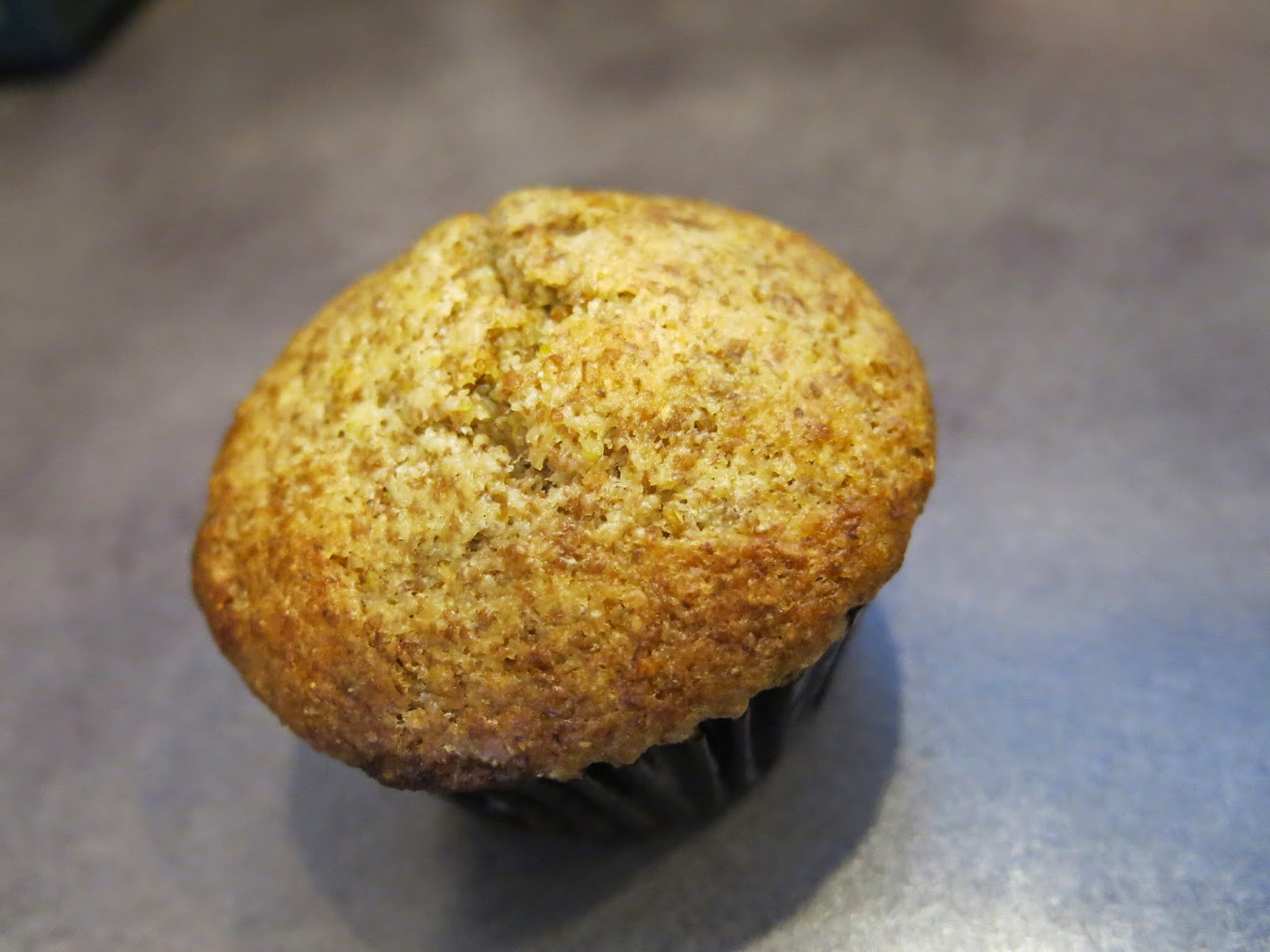 The cashew yogurt bowl was very unique indeed, with a silky texture Brandy did not expect, a tangy strawberry jam, and a cup of roasted peanuts to sprinkle on top of the bowl.  As much as she is a fan of all things dairy, Brandy actually loved that this option was fit for all sorts of diet restrictions, being vegan and gluten free.  The muffin was surprisingly moist and light for a bran muffin with lovely little bursts of flavor from the fresh blueberries within.  Brandy would have liked a slightly bigger muffin, but with a banana and a nice up of milky tea, it made for a pretty satisfying breakfast. 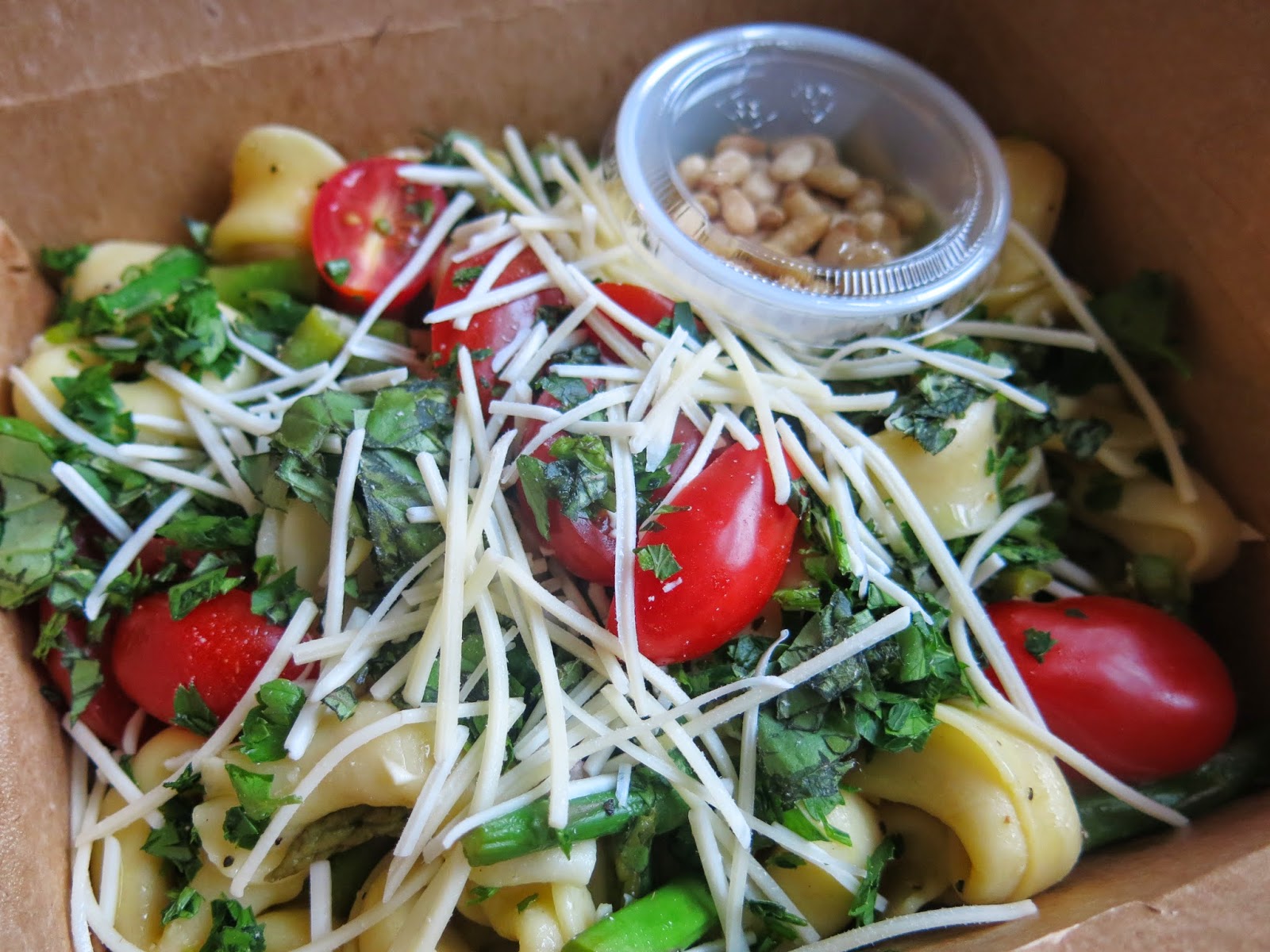 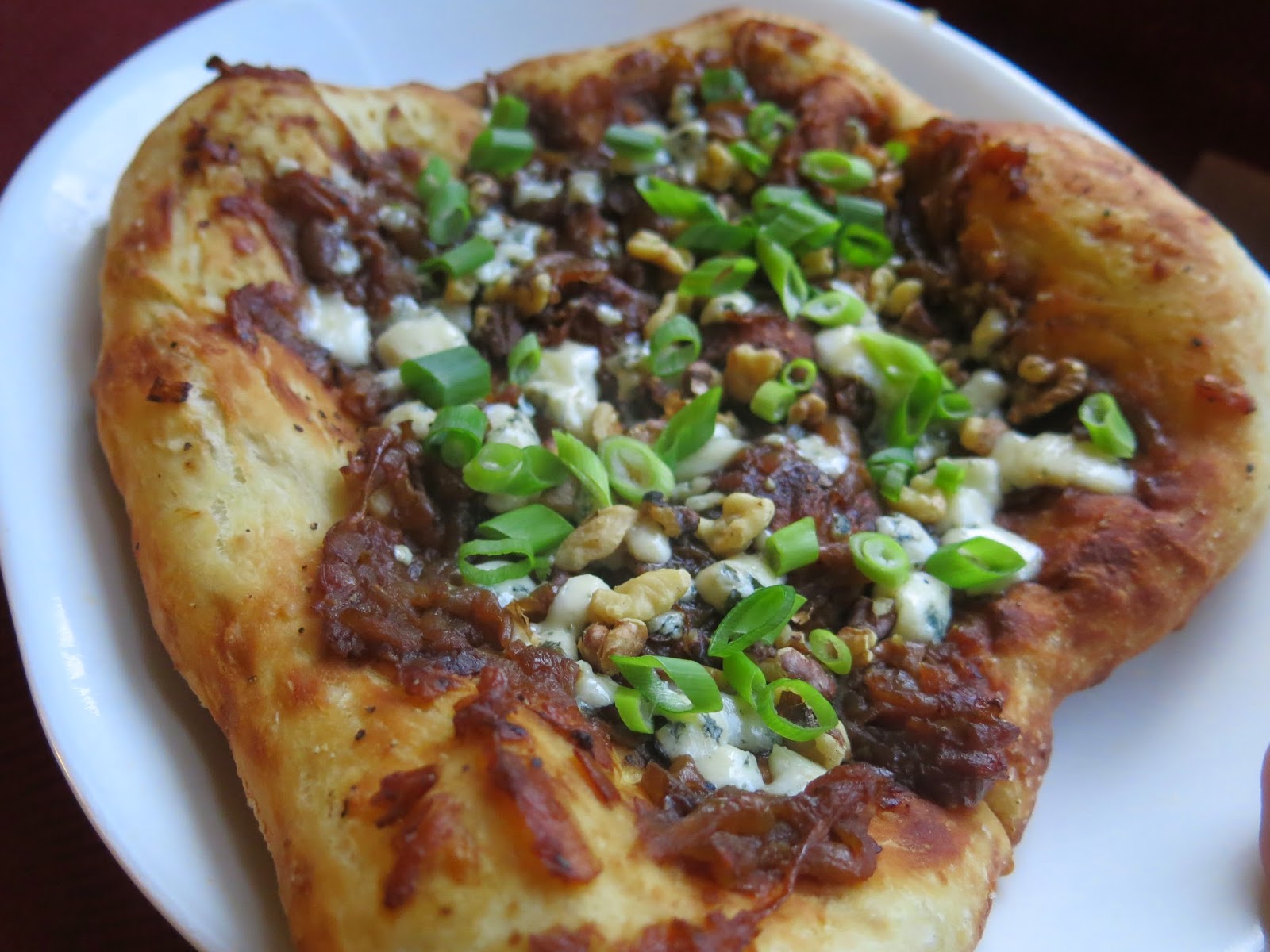 Both the tortellini salad and the onion tart were fairly substantial in size, enough in fact to make four meals out of what was meant to be two.  The onion tart was the only thing that required cooking, or rather a quick crisp up in the oven, just enough to make the pungent blue cheese melt, and then a quick sprinkle of fresh cut scallions finished it off nicely.  The dough was thick and yeasty, with a nice touch of fire roasted flavor to it, while the sweet and tangy onion topping mixed well with the strong cheese and the little bits of crunch from the nuts.  The tortellini salad looked incredibly fresh with some sliced grape tomatoes, chunks of grilled asparagus, big cheese filled tortellini, and a little cup of pine nuts to top it all off.  Though light and fresh in flavor, this salad made for a very hearty lunch.

The price per meal for the lunches came out to about $10, while the breakfasts were less than half of that, which Brandy thought was more than reasonable, considering the portion sizes.  There was an additional $10 delivery charge, but with the more one orders, the better use that fee was put to.  Brandy really loved the fresh ingredients and healthy slanted recipes that Chefmade offered, especially as they were full of flavor and easily enjoyed, not to mention beautifully presented and packaged.  "Ordering from Chefmade will certainly save me some time!" Brandy proclaimed, "Now I can finally finish quilting the walls of my parlor like I've always wanted to."

As a treat for fans of Bunny and Brandy, Chefmade is extending their ordering deadline until 7:00 pm Friday April 17th.  Check out the website now to see this week's meals and order by 7:00pm tonight to get your delivery on Sunday.  Use the code BUNNYANDBRANDY to not only get an early access pass to try Chefmade before it is launched to the public at large, but also a free meal (a $9.99 value) with your first order!

The writers of this blog were given a portion of the order from Chefmade free of charge in exchange for an honest review.
Posted by Bunny and Brandy at 11:08 AM