From the Kitchens of Bunny and Brandy: Bacon Cheeseburger Lasagna with Red Gold Tomatoes and GIVEAWAY!

As loyal readers of this blog will know, Brandy loves coming up with recipes in honor of the Super Bowl.  The last few years, she's designed recipes for both teams participating, but since she's already come up with goodies for both the New England Patriots and the Seattle Seahawks, this year she decided to come up with an overall crowd pleaser. 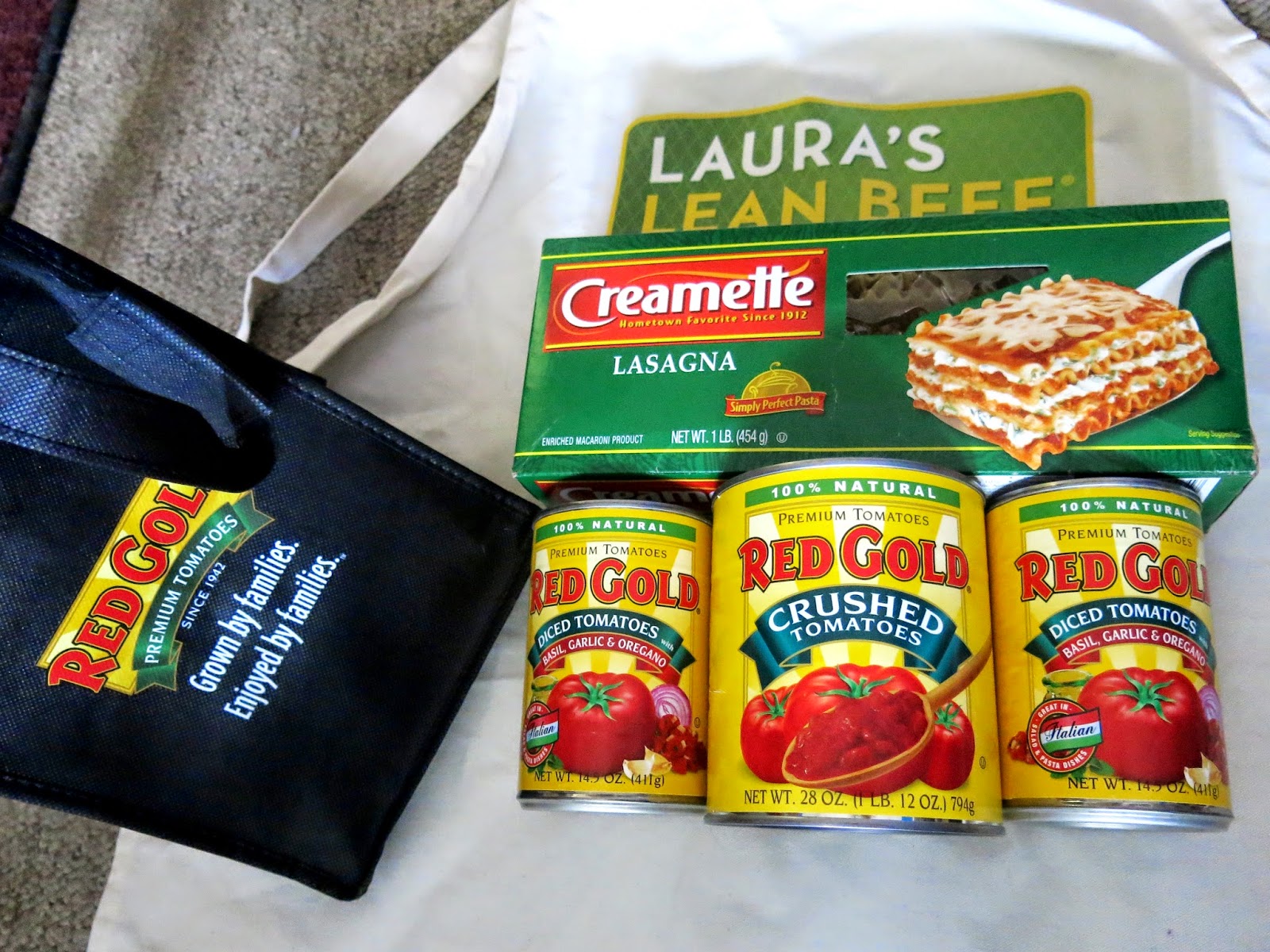 Having developed two previous lasagnas last year with Red Gold Tomatoes, Brandy again used one of their party packs, which this year consisted of 1 large can of crushed tomatoes, two cans of tomatoes with basil, garlic, and oregano, a box of noodles, a Red Gold can carrier, a sturdy apron from Laura's Lean Beef, and a coupon for $10 off any Laura's Lean Beef product.

And because Brandy believes in sharing the wealth, she is giving away an identical Red Gold lasagna party pack to one of our lovely readers!  To enter, simple tell us what your favorite Super Bowl snack is in the comment section below, on our Facebook page, our Instagram, or our Twitter.  A winner will be chosen at random and announced on Tuesday February 3rd.

Not content to make a simple meat lasagna, Brandy went all out and combined the aforementioned pasta dish with another classic American favorite, namely the bacon cheeseburger.  This lasagna is so full of cheesey and baconey goodness that it's sure to be a hit with even the most diverse Super Bowl crowd (unless it's a crowd of vegetarians... in which case, probably don't make this).  If you do try out Brandy's recipe, be sure to let us know what you thought!

The writers of this blog were provided with products from Red Gold Tomatoes to facilitate the writing of this post as well as the give away. 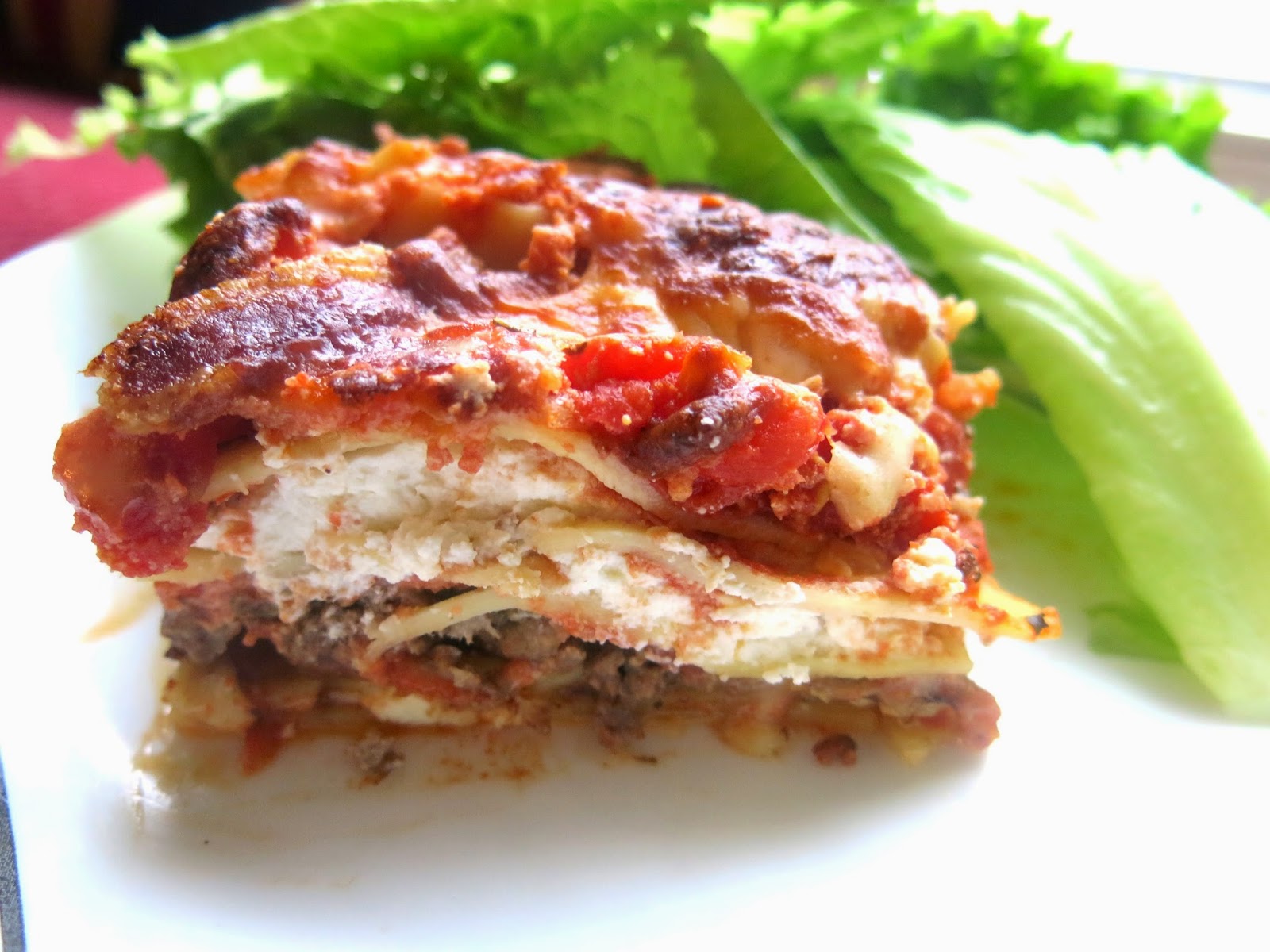 For the sauce:
1 can of Red Gold Crushed tomatoes
1 cup of heavy cream
1 cup of shredded white cheddar cheese

Spread the bacon slices out on a baking sheet and bake in the oven at 350 degrees for about 15 minutes or until the bacon is crisp.  Crumble bacon into large chunks and set aside.

Empty the crushed tomatoes into a medium sauce pot and cook on medium for 5 minutes.  Add in the cheddar cheese and stir until the cheese is fully melted and combined.  Turn the heat down to low and add in the cream.  Let the sauce simmer on low for 10 minutes, salt to taste, then take off the heat.

Brown the beef in a skillet and drain if necessary, then set aside.  Add the onions to the skillet and cook on low heat for about 10 minutes, then add salt to taste and the mushrooms and turn heat up to medium, cooking for an additional 10 minutes.  Remove the skillet from the heat.