Franks 'n Dawgs or Hot Dog Summer in the City 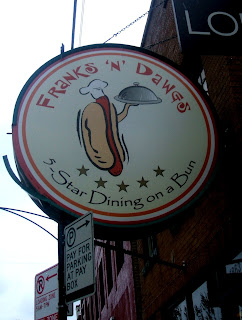 Chicago has always had a bit of an inferiority complex when it comes to New York.  Comedy? We win with Second City vs. Upright Citizens Brigade.  Landmarks? Score one for New York, as The Bean can't compete with The Statue of Liberty.  Corrupt Politicians?  Well, let's call that one a tie.  But the true rivalry has always been food.  Deep dish pizza verses thin foldable crust is like comparing apples and oranges, if said fruits were covered in cheese that is.  And then there's a battle of the hot dogs.  In New York, one tops their Nathan's with ketchup for sure, and maybe a bit of brown mustard or sour kraut.  In Chicago, a cornucopia of ingredients is placed atop the venerable Vienna all beef dog, including tomatoes, pickles, chopped onions, celery salt, and hot peppers.  But not ketchup.  NEVER ketchup. 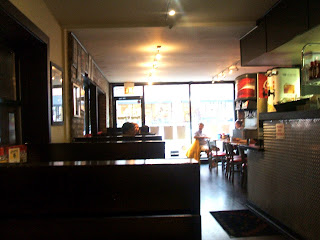 Truth be told, Brandy has always been rather partial to the simple New york style hot dog.  A nice soft bun, juicy dog, and a little tangy ketchup was all that was needed to excite her palate.  The Chicago style dog always seemed to be more of a salad in comparison, "And if I'm eating street food," she says, "I don't want to even think of something as healthy as vegetables."

Always one for expanding her horizons (and suffering from a horrible craving for some down and dirty street food), Brandy ventured to what has become one of Chicago's most treasured denizens of dogs, Franks 'N Dawgs in Lincoln Park.  As Brandy soon discovered, this was not the place to go if one is looking for tasteless meat tubes on soggy buns and topped off with watery condiments.  However, if you should be in the mood for, say a hot dog made from scallops, this is the place for you. 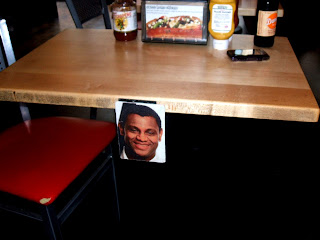 To reach Franks 'N Dawgs, one must enter through a side gate that leads down an alleyway.  Once inside, a typical sort of fast food haunt is to be found, with wooden booths, brick walls, and a bit of brick a brack on the walls.  But on closer inspection, that the brick a brack is mostly comprised of articles from various periodicals, extolling the virtues of the establishment.  A wonderful system has been implemented for the delivery of the food to each table: each patron selects from the "Wall of Shame," a collection of images of disgraced athletes, politicians, and other celebrities.  This picture is then attached to your table with the use of Velcro (Brandy chose Sammy Sosa, somehow mistaking him for former British Prime Minister Benjamin Disraeli). 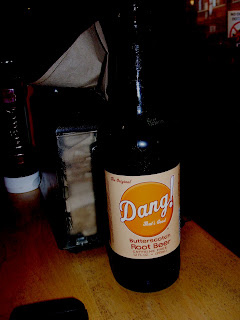 There were a few items on the menu that drew Brandy's attention straight away, especially one particular item called The Brunch Dog.  Well, no need to look any further!  She placed an order for that little wonder straight away, along with some Triple Truffle Fries and a Dang! That's Good Butterscotch Root Beer.

The root beer was spectacular.  Normally not a big soda drinker ("Unless you count soda as a cocktail mixer," as Brandy likes to say), this drink was a perfect combination of both flavors.  First, a smooth, home style root beer, followed by a creamy butterscotch finish.  Brandy would have downed the entire bottle and had to order several more if the food hadn't started arriving so quickly. 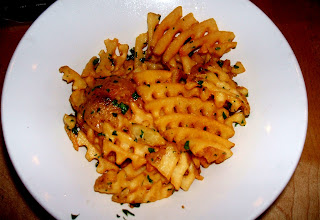 First came the Triple Truffle Fries, crispy waffle cut potato slices treated with truffle oil, truffle salt, and truffle butter and topped with a little chopped herbs.  Brandy got the smell of truffle right away, but the taste was a little bit of a let down.  She mostly found the flavor of the fries to be salty without much else.  The texture of the fries, however, was spot on.  Perfectly crunchy outside with pillow like insides.  Brandy longed for something to dip her fries into, as dousing them in ketchup somehow seemed like a sacrilege. 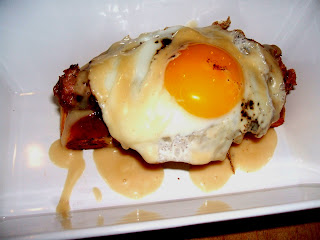 The Brunch Dog, which consisted of a pork breakfast sausage with bits of bacon, topped by a fried egg and maple mayonnaise.  There was no possible way to eat this delicacy with one's hands, so Brandy resorted to a fork and knife.  The bun was tender and chewy with a lovely toasted exterior that definitely put one in a brunch sort of mood.  The sweetness from the maple was the first thing Brandy noticed, then richness from the sausage and the chewiness of the bacon.  The perfectly cooked egg on top added just the right amount of decadence to the dog, blending everything together into a wonderfully entertaining mix of textures and flavors.

So impressed was Brandy by these "High Class Hounds," as she called them, that she decided to take an order to go.  Again, the food was served up in no time and after a quick bus ride home, she was able to enjoy a second round of gourmet street food. 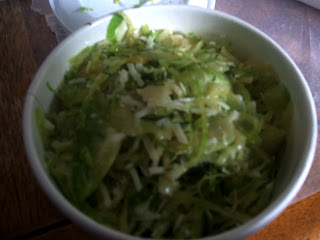 First she tried the Brussell Sprout Salad.  Brandy had thought this would be along the lines of a coleslaw, but instead found an intriguing mix of shredded sprouts, Parmesan cheese, and pistachios in a dill flavored dressing.  Each bite was stranger than the last, and yet she could not stop eating this amazing concoction! 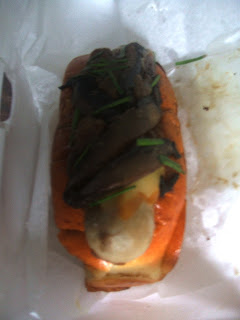 Brandy had also ordered a Cheese Head Dog, a Bratwurst topped off with smoked Gouda, portobello mushrooms, caramelized onions, and fresh chives.  The brat, which was on the same kind of buttery toasted bun as The Brunch Dog, had an excellent snap to it, and the cheese was extremely creamy.  Along with the mushrooms and onions, the dog gave Brandy the feeling being a someone's back yard cook out, but a rich someone who knew how to cook. 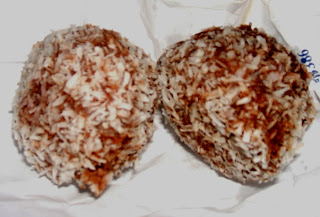 Lastly, Brandy finished off with some Lamington Bites, a dessert from Australia that consisted of angle food cake with raspberry jam in the middle, coated in chocolate and shredded coconut.  Brandy loved these little morsels, which reminded her of a donut or a snack cake.  Though a bit dry, the sweetness was just perfect, with just a little bit of tartness from the jam.  At $1 per cake, there was really no resisting getting several of them.
Brandy did find it a bit exorbitant to pay nearly $18 for a hot dog, fries, and a soda (the second dog, salad, and cake bites came out closer to $14), but once the caliber of said order was put into perspective, the deal really didn't seem all that bad.  Service could not have been more friendly or helpful and Brandy hoped that every person working that Sunday morning was getting paid just as well as a fine dining server, seeing as how some of the finest restaurants in the world couldn't hope to match that crew for hospitality.  So will Brandy go back to eating her hot dogs with ketchup and grease, we hear you ask?  Perhaps.  But at least now she has an alternative way to eat her hot dogs that New York will never have. 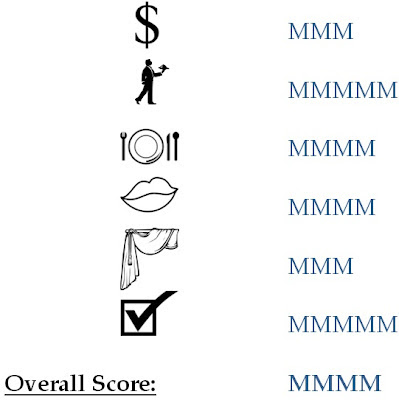