From the Kitchens of Bunny and Brandy: Tropical Breakfast Parfait "Cheese" Cake 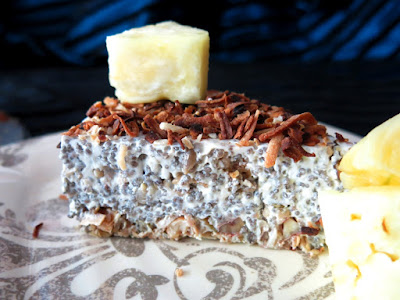 It all started with a single thought. "What if I could have cheesecake for breakfast?"

But still, the idea persisted and she couldn't quite get it out of her head. For days, she wandered in and out of her kitchen, looking at her pantry shelves or staring into her open fridge, until her whimsical idea began to solidify into something tangible. And it was a trio of recently discovered items that finally made her dream a reality. 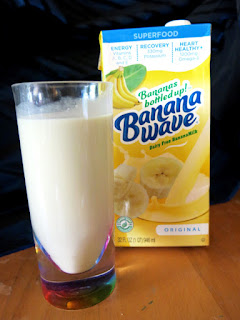 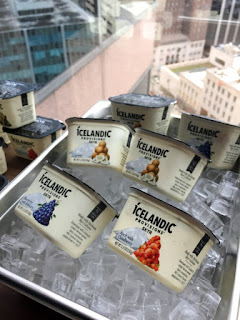 Brandy had first sampled skyr from Icelandic Provisions at a special dinner, held at Baptiste and Bottle, celebrating the culinary prowess of Iceland. Skyr, she learned, is a deeply cherished part of Icelandic culture, with most of the country having eaten it regularly since childhood. Skyr is similar to yogurt, in that it is made with milk treated with specific cultures, but it's texture is even smoother and creamier than even that of Greek yogurt. It has more protein and less sugar than most yogurts as well, which greatly impressed Brandy. Icelandic Provisions had several unique flavors that combined familiar western fruits like strawberries, peaches, and blueberries, with lesser known Icelandic fruits like lingonberries, cloudberries, and bilberries. Brandy's favorite flavor, though, was the Coconut, which tasted just like the inside of a coconut cream pie. This, Brandy realized, would make the perfect base of her cheesecake.

Wanting to add a little sweetness and some additional tropical flavor, Brandy zeroed in on the carton of Banana Wave banana milk in her fridge. The stuff was so creamy and flavorful that she had been using it as a base for smoothies for some time, but she suddenly realized that the banana milk would pair perfectly with the coconut skyr. And as Banana Wave is packed with superfoods – fruit, grains and seeds – and because it begins with pure banana puree, she knew it would be a good source of fiber and vitamins without adding additional dairy fat into the recipe.

Every great cheesecake needs the perfect crust, and Brandy had just the thing sitting in her cabinet. She had recently discovered Grandy Oats' line of CocoNolas; three flavors of grain free granolas made from nuts, honey, and coconut. Light, crunchy, and not overly sweet, she had been downing this stuff by the handful for weeks for a quick boost of energy in the afternoon, but now, she knew that she had to utilize it's delightful flavor and texture to create a nutty crust for her cheesecake. While the chocolate chip flavor is her favorite for snacking on, and the super hemp blend gives the most bang for the buck, Brandy went for the original flavor CocoNola to maximize the coconut flavor. 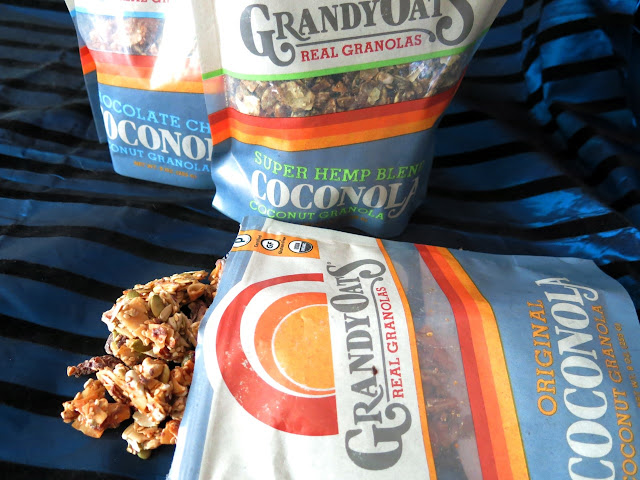 As she prepared to make the breakfast cheesecake of her dreams, Brandy realized that what she had really done was to create a slice-able yogurt parfait. Not only that, but a parfait that was packed with protein and nutrients, but was very low in sugar, fat, and was completely grain free. "Also, it travels much more easily than a traditional parfait," she concluded. But in the end, this delightful concoction had such a creamy, rich texture, that she couldn't help continuing to think of it as the greatest cheesecake known to man.

The writers of this blog were provided with the products mentioned free of charge in order to facilitate the writing of this post. 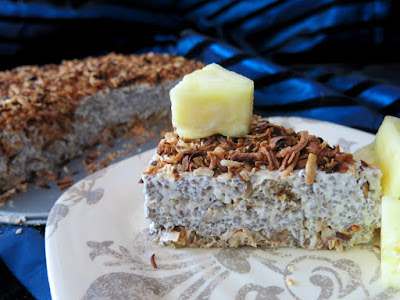 Pour the banana milk into a medium sauce pan and bring to a simmer over medium heat. Meanwhile, pour the granola in the bottom of a 9 inch spring form pan and smooth out into an even layer, making sure to break up any larger pieces. Place all the skyr (or yogurt) into a medium sized bowl. Take the banana milk off the heat and slowly pour it over the skyr, whisking away lumps. Once the banana milk and skyr are thoroughly mixed, add in the chia seeds and continue to whisk away any lumps. Carefully pour the mixture over the granola. Cover the pan with plastic wrap and let sit in the fridge over night.

When ready to serve, top the "cake" with toasted coconut, cut into slices, and serve cold with fresh pineapple or a drizzle of honey. Makes about 8 servings.
Posted by Bunny and Brandy at 11:08 AM