The Big Cheese Poutinerie or The Freedom of the Fries 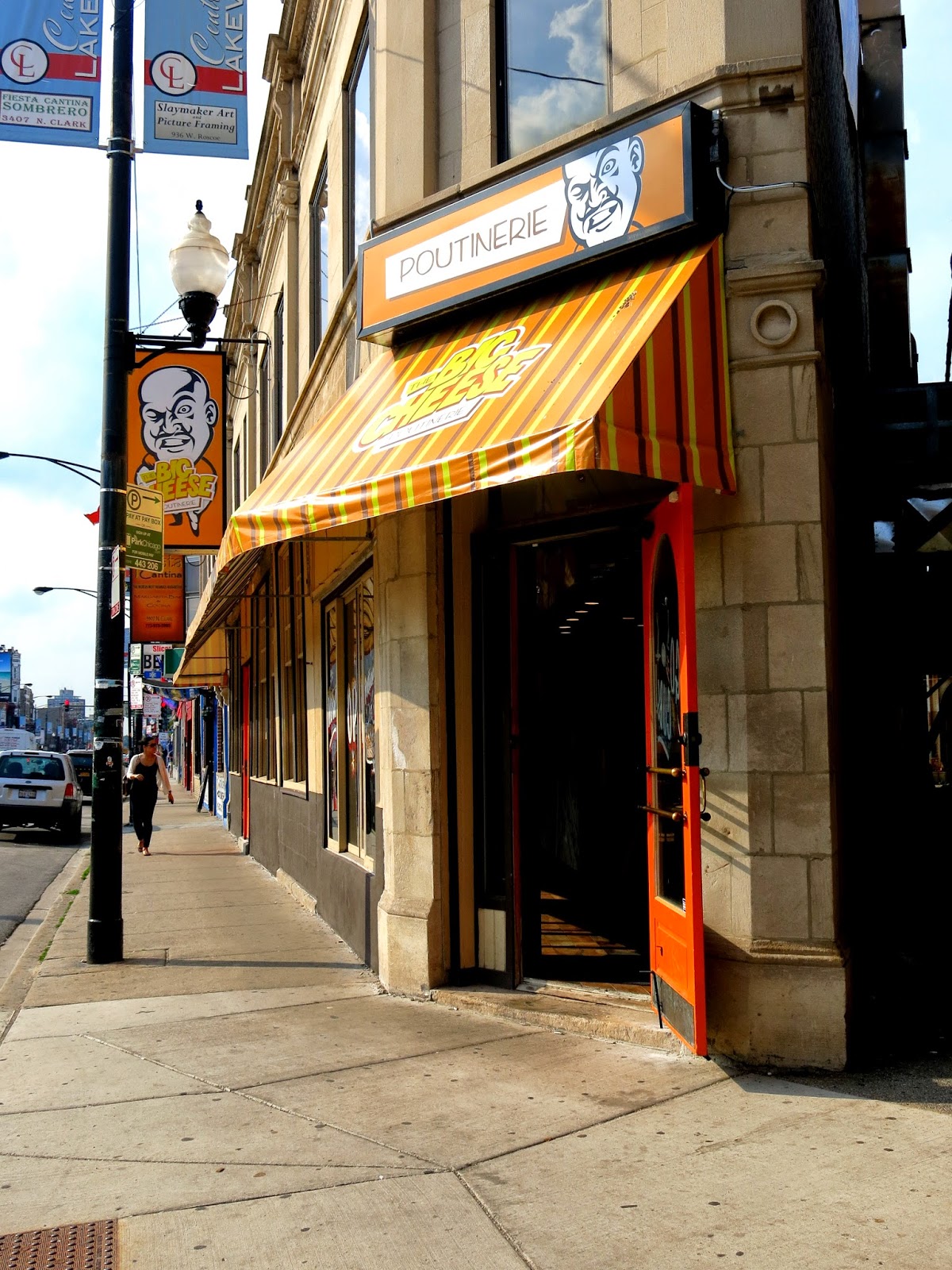 Perhaps one of the reasons Brandy is able to stand the bitterness of a Chicago winter is that for a short time in her life, she actually served as a Canadian Mountie.  The position came about completely by accident (Brandy was spending some time in Calvary while seeing a rather famous hockey player and somehow signed up with a recruiter while a little tipsy at a party, thinking the man was actually asking her to sign up for horse riding lessons), but she rather enjoyed her time in red none the less.  "Being in a position of authority like that was quite interesting," she recently reflected, "My station wasn't heavily populated, so I ended up spending most of my days breaking up fights between a herd of caribou." 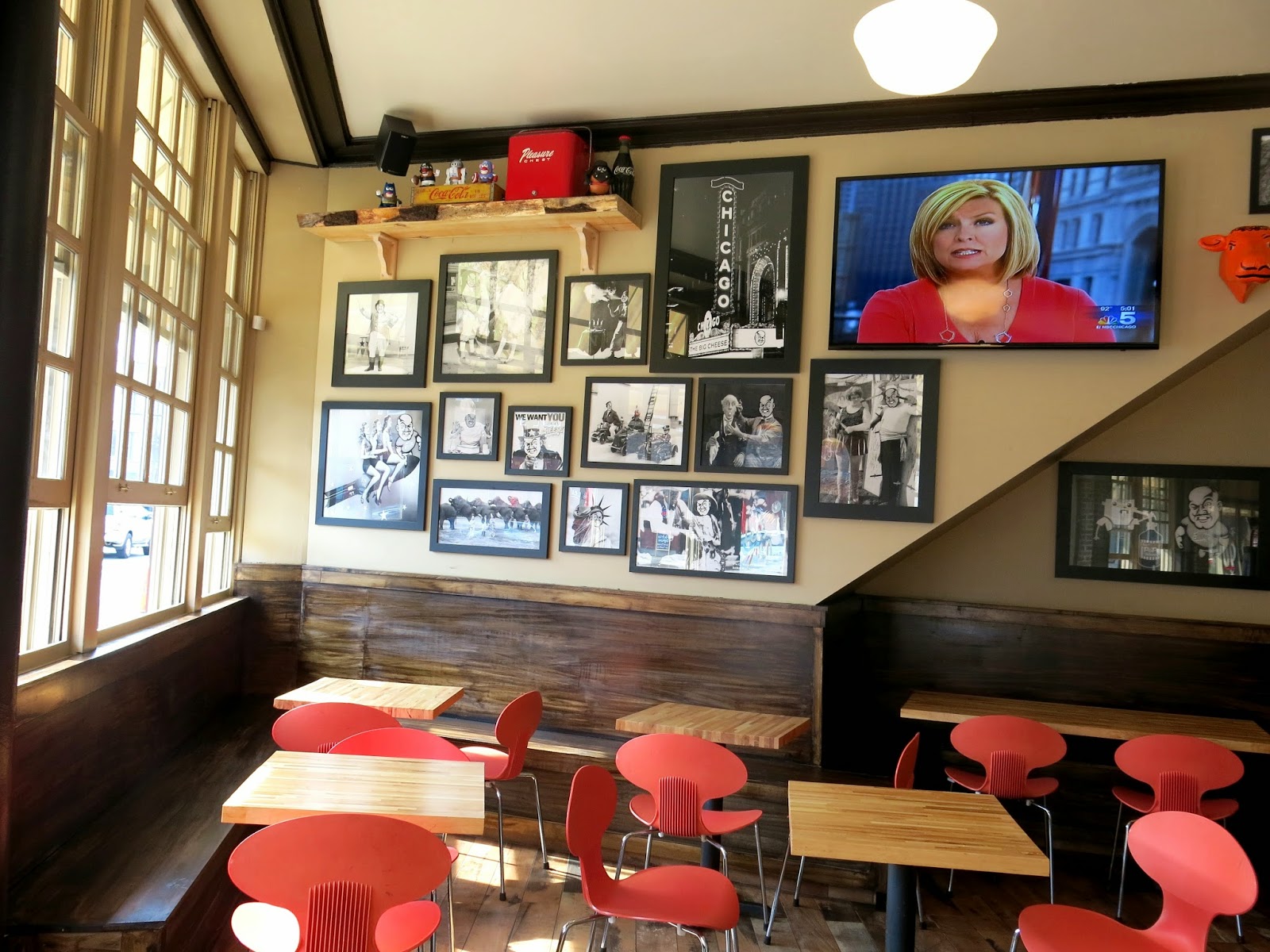 One thing Brandy acquired during that time was a taste for the magical Canadian dish known as poutine.  Since moving to Chicago, Brandy has been over joyed to find a variety of poutines being sold everywhere, from the fanciest restaurants on Michigan Avenue, to the diviest bars in the South Side, most of which seem to be geared towards the breakfast crowd.  "I'm not sure why Chicago looked at a pile of French fries and cheese curds covered in gravy and decided that was appropriate breakfast fair," Brandy has said, "But I'm not going to complain either." 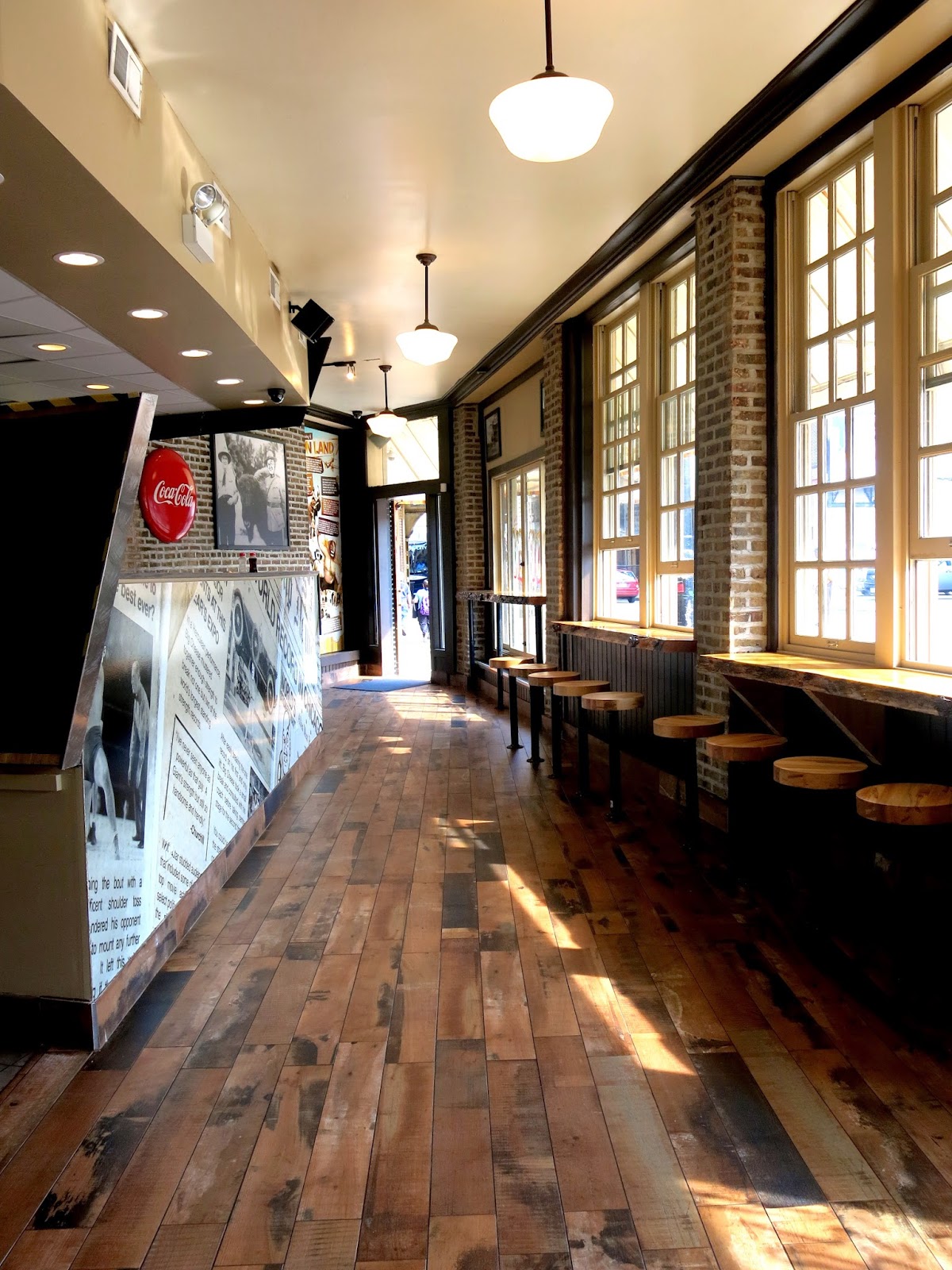 With a deep love for this King of junk foods, Brandy definitely took notice when the Canadian franchise known as The Big Cheese Poutinerie decided to open their first US location just a short jog away from Wrigley Field.  The chain featured a variety of poutines outside of the traditional one, even offering to make any of their menu options with sweet potato fries by request.  In fact, once finally stopping into the narrow, quirkily decorated location, Brandy was so overwhelmed by choices that she decided to space out her options by trying one item each day for a week. 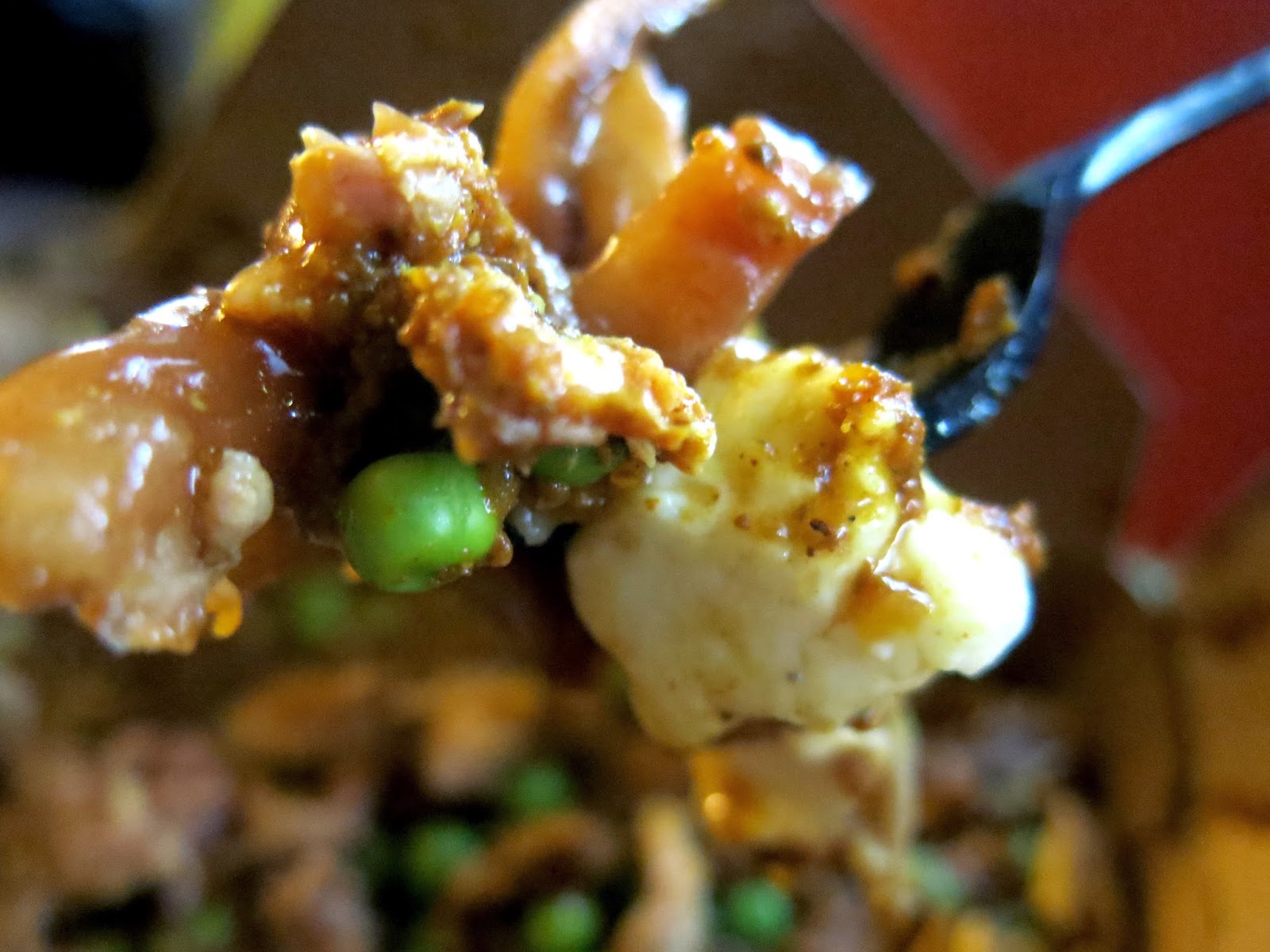 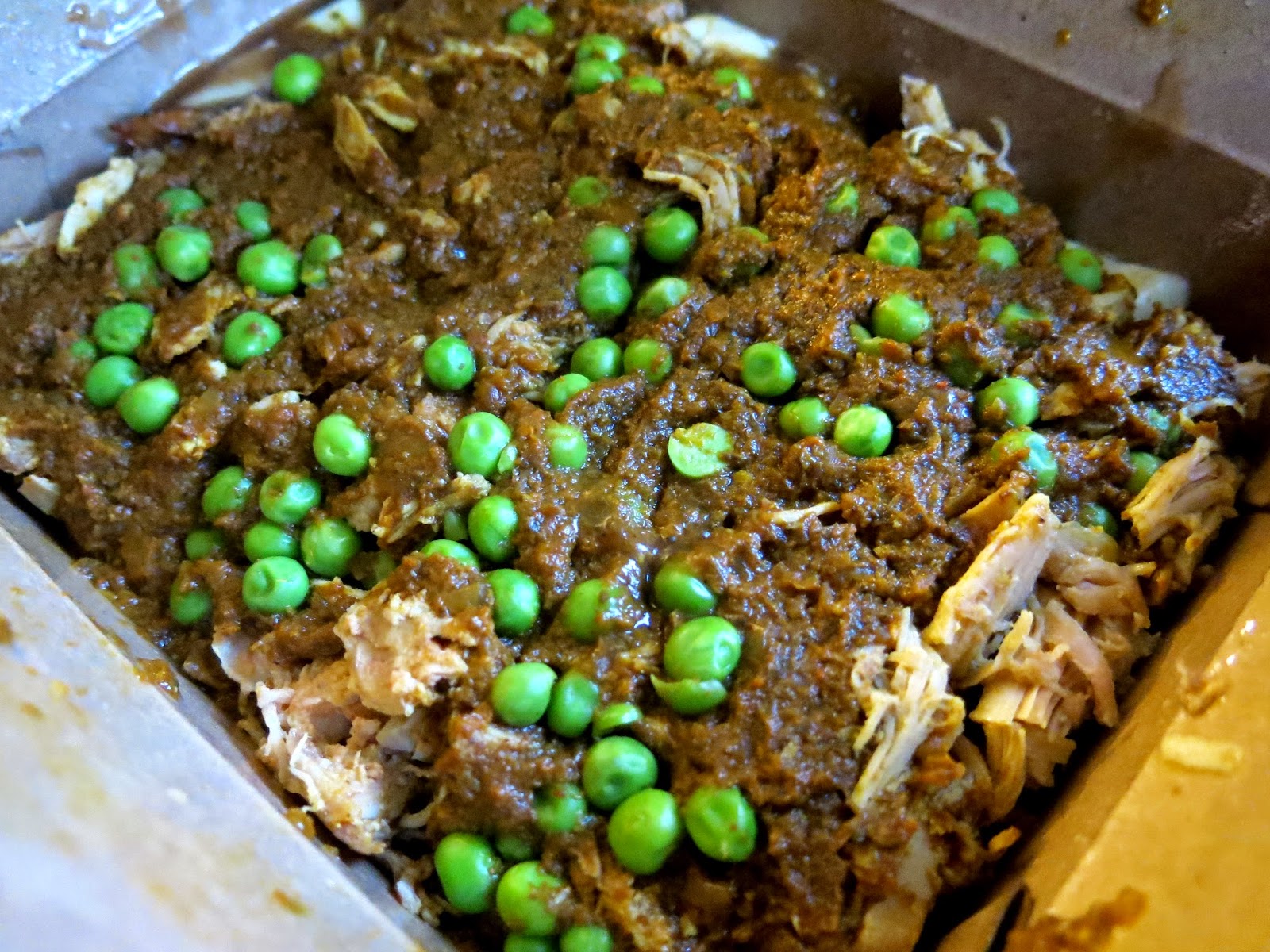 Day 1: The Scottish Curry.  This poutine appealed to Brandy's heritage as a take-away loving Brit, which is perhaps why she decided to dive in with this one first.  The fries and cheese curds were here, but instead of a traditional gravy, this mound of starch and melty dairy was covered in a thick British style curry sauce, pulled chicken meat, and green peas.  The curry sauce was spiced without being too spicy and matched weirdly, yet perfectly with the cheese curds.  The peas served to add a nice splash of color, though not a lot of flavor, and the chicken was surprisingly tender.  "I don't know if Canadians would go for this one," Brandy commented, "But I think the majority of the pub going population of London on any given night would campaign to make this their national dish." 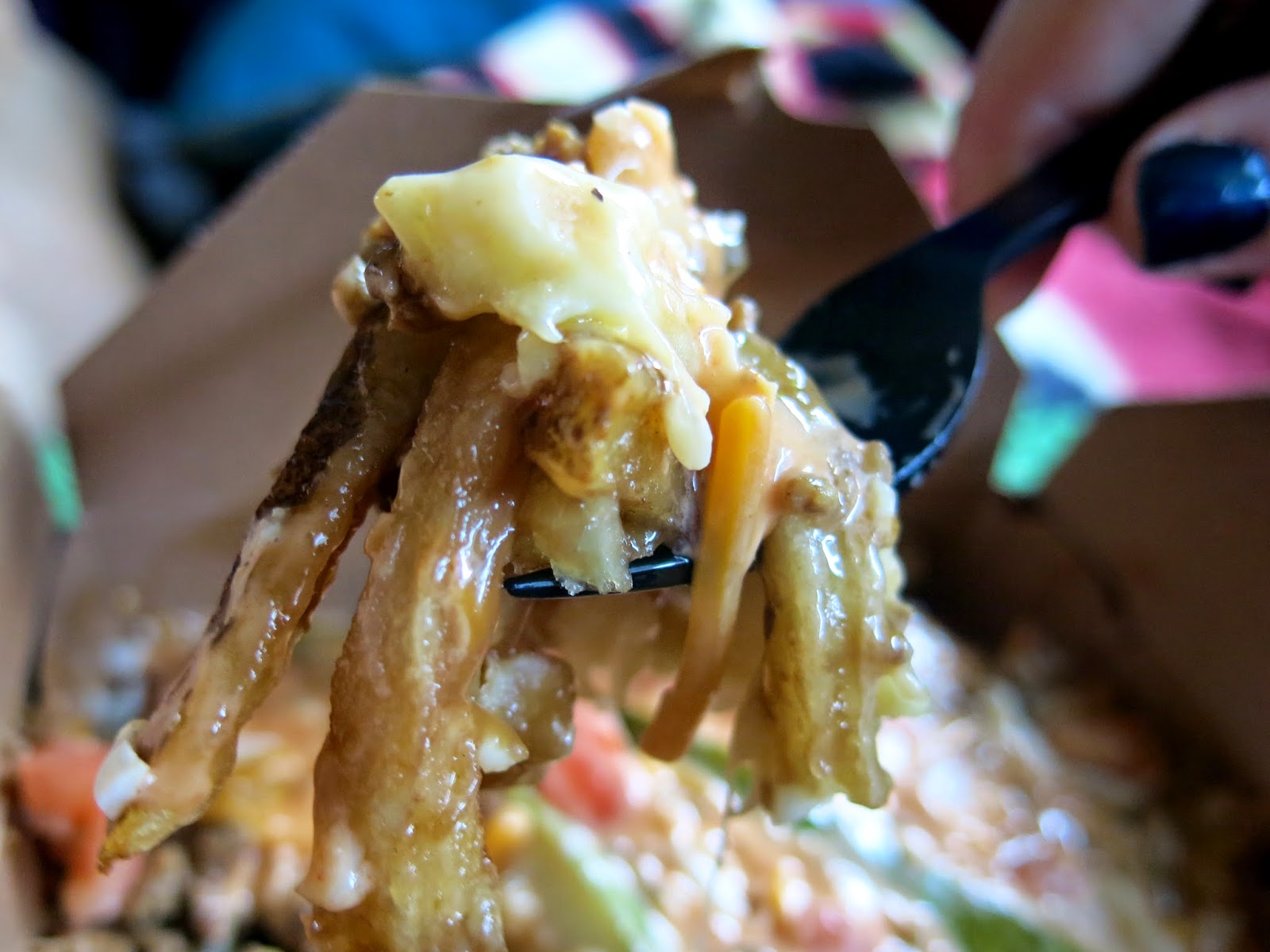 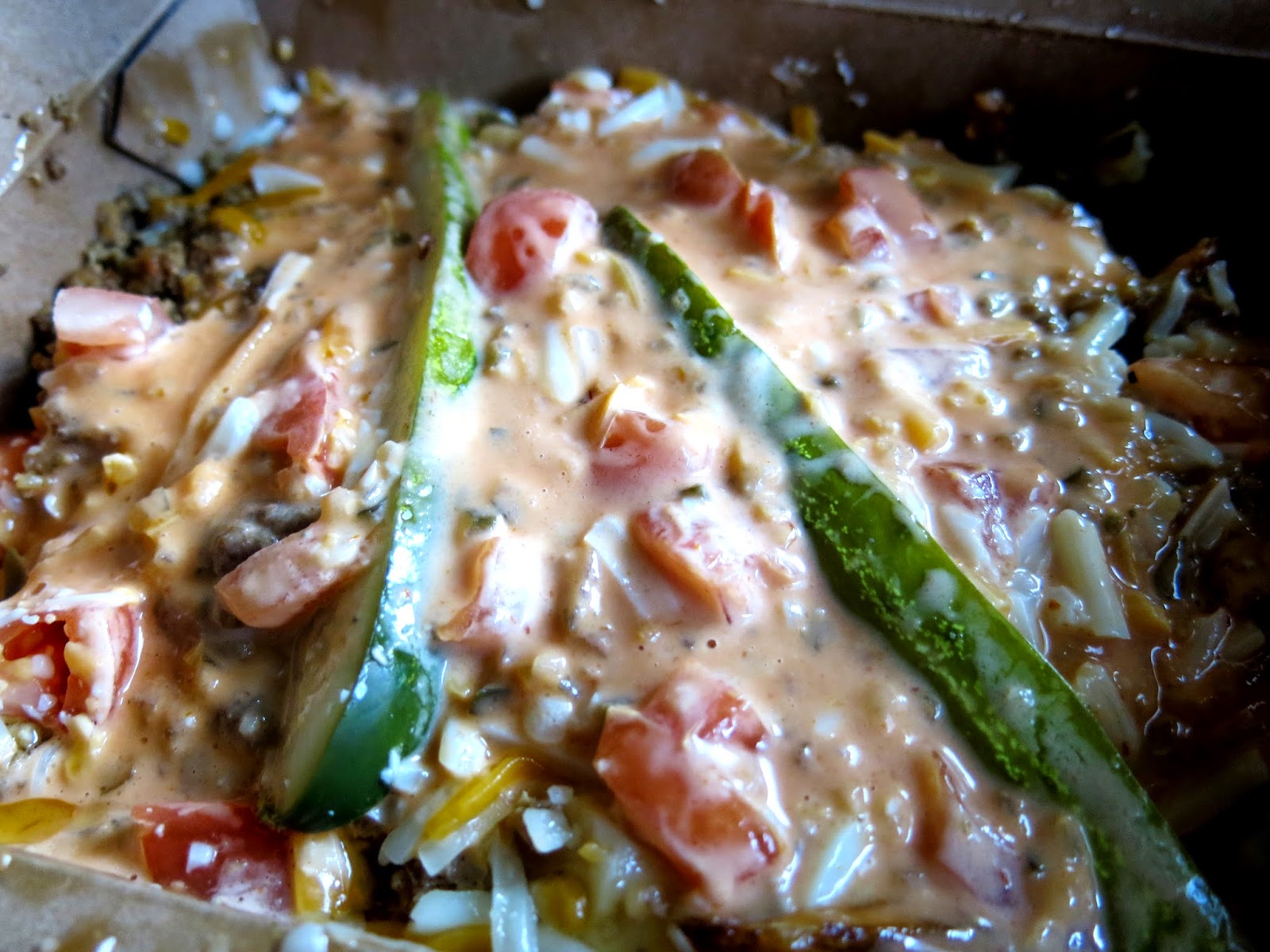 Day 2: The Cheese Burger.  Turning an American tradition on its head, this poutine came topped with fresh tomatoes, ground beef, cheddar cheese, two pickle slices, and a "secret sauce" that tasted suspiciously like Thousand Island dressing.  Brandy loved the little bit of fresh sweetness from the tomatoes, the tang of the sauce, and the indulgence of the cheddar with the cheese curds underneath.  "Again, maybe not the traditional Canadian poutine," she mused, "But this is truly an American classic.  Hungry baseball fans would eat this one up, quite literally." 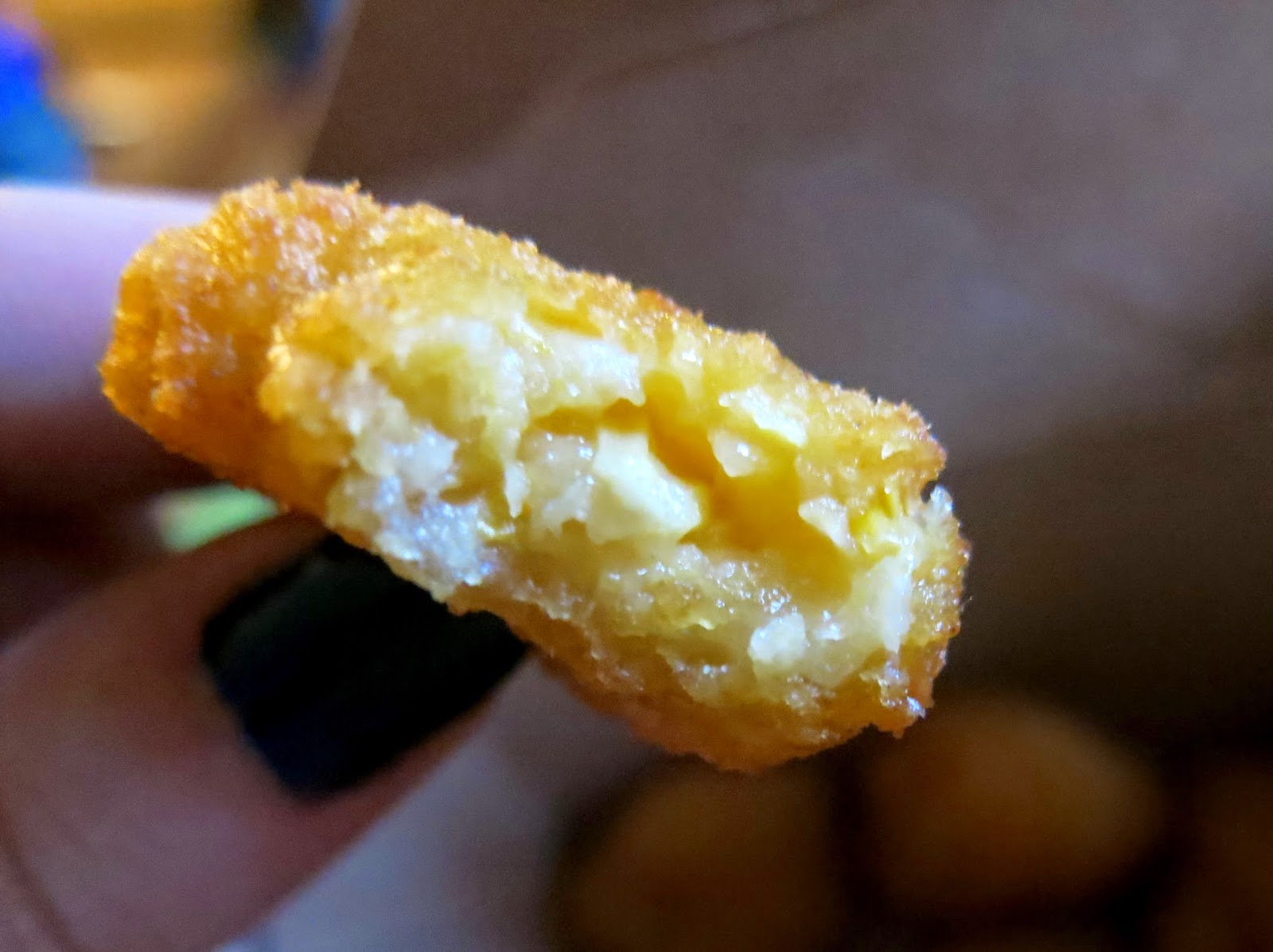 Day 3: Corn Fritters.  Taking a little break from the poutines (the portions of the previous poutines were so large that she needed time to consume the leftovers) Brandy ordered one of the side dishes.  These golden nuggets looked unassuming on the outside, but beneath the crunchy fried exterior lurked a creamy, sweet, salty filling that served to please every kind of sinful food craving one could imagine.  Brandy was surprised the morsels didn't come with some sort of dipping sauce, though they were plenty tasty enough on their own. 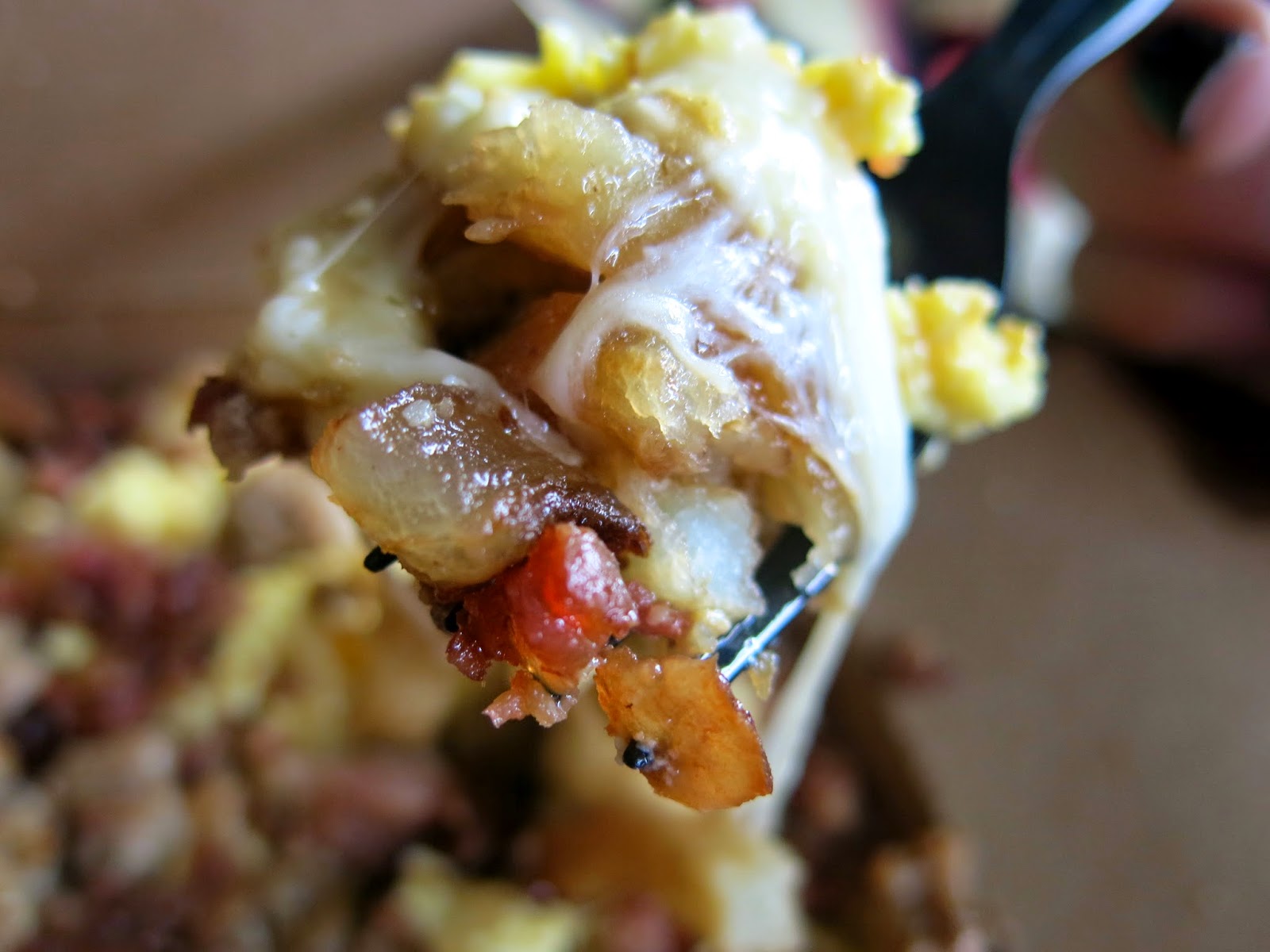 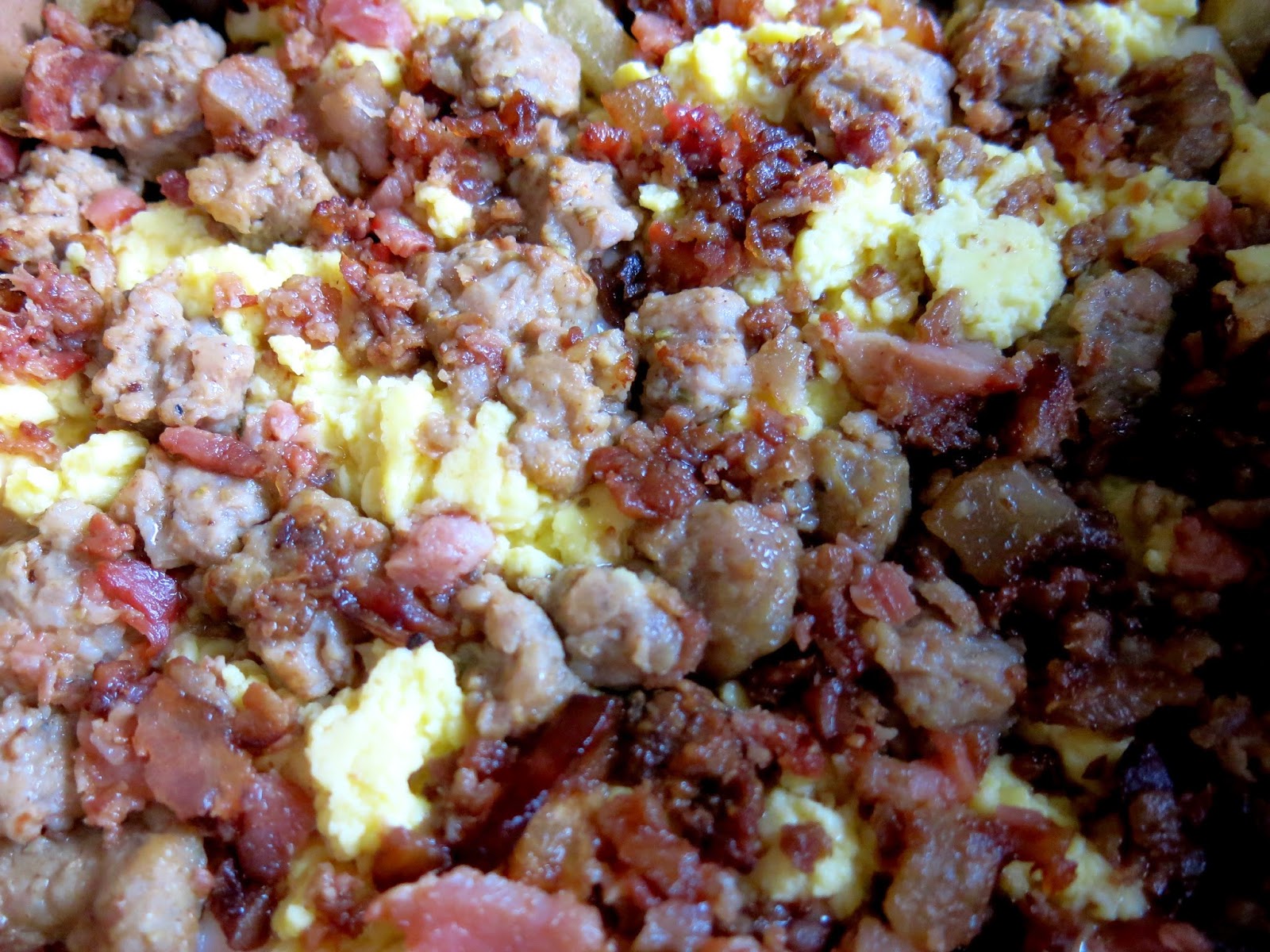 Day 4: The Breakfast Poutine.  From the moment she saw this beauty on the menu, Brandy knew she'd have to have it.  This one came topped with scrambled eggs, pork sausage, smoked bacon, and a side of real maple syrup.  This combination was a sheer genius mix of breakfast favors and textures, but in a way Brandy had not really seen.  Here, the classic side potatoes were represented by the fries, and a mouthful of the cheese, eggs, bacon, and fennel spiced sausage dipped in the maple syrup made Brandy feel as though someone had taken everything she loves about breakfast and thrown it together in a sort of artery clogging salad.  "With this lineup of ingredients, there wasn't a whole lot that could have gone wrong," she admitted. 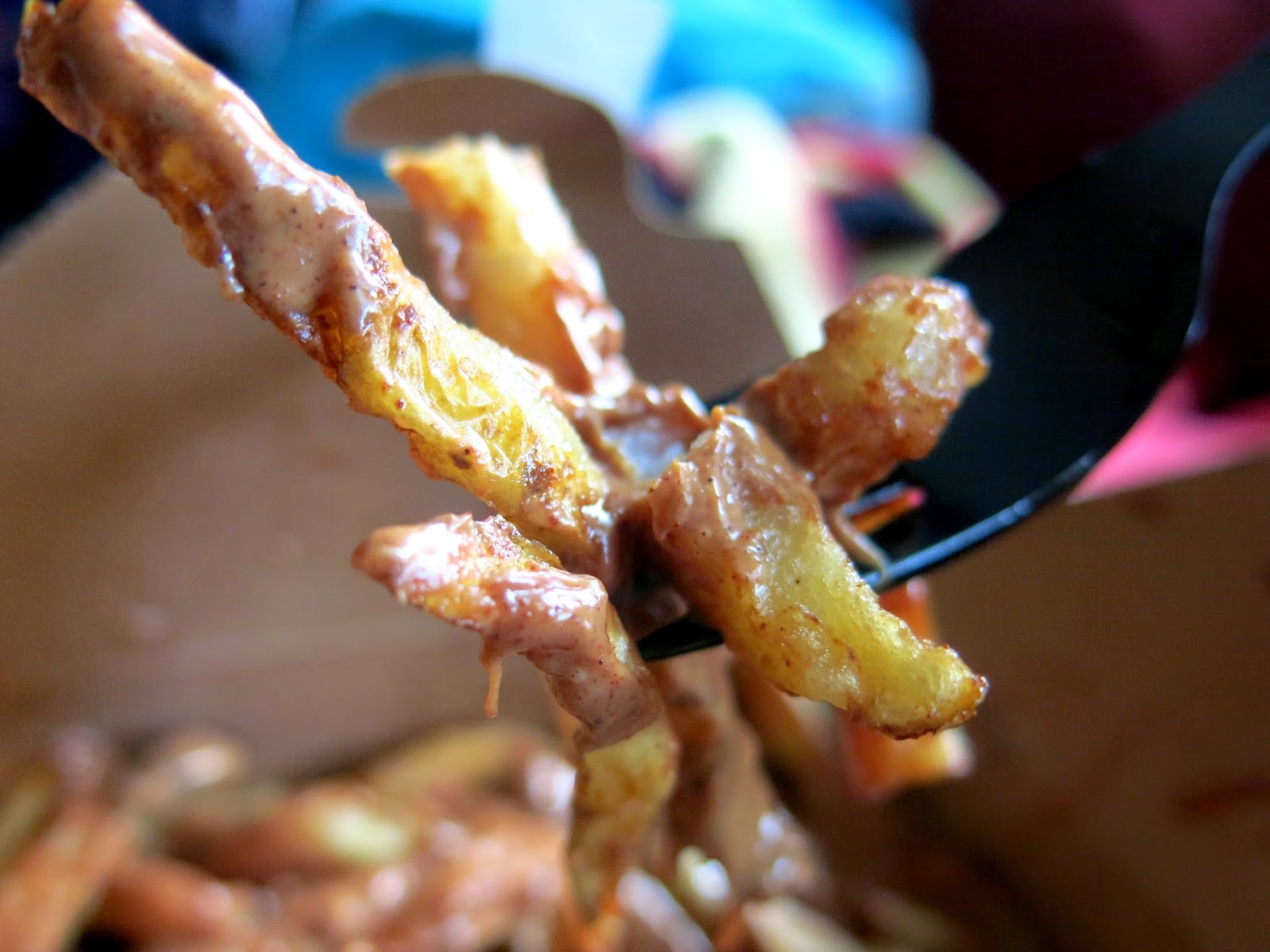 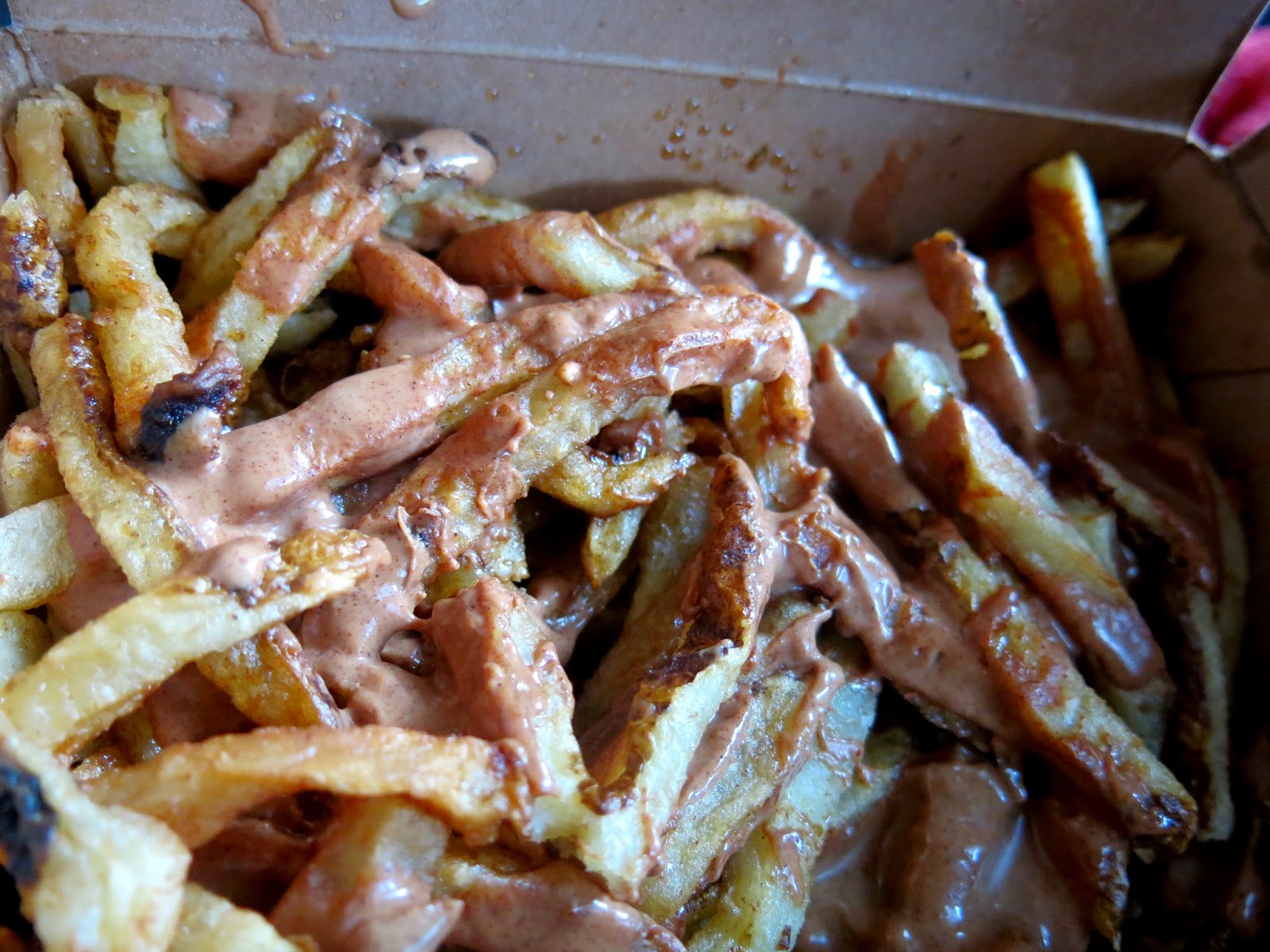 Day 5: The Dessert Poutine.  Rounding out her week, Brandy indulged in this strange seeming concoction with a base of the same fries, but this time tossed in cinnamon and sugar and mixed with cream cheese in place of the cheese curds and drizzled with a caramel sauce.  This decadent dish was just as grossly satisfying as it sounded, with the cream cheese melting into a sticky sauce that gathered together all the cinnamon and sugar into itself.  Brandy couldn't detect any caramel flavor, per say, and she did wish it had it had a little more of a hit of salt to counteract the sweetness.

Sadly, during the course of her week sampling poutines, Brandy was unimpressed with the service at The Big Cheese.  The store front seemed to close up at odd times that didn't match those posted, and once when she tried to place her order in advance for pickup, she arrived to find a blank faced employee who didn't seem to know what she was taking about, thus forcing her to wait about 15 minutes while he lackadaisically prepared her food.  In the end, though the service was not ideal and the presentation wasn't about to win any awards (both dine in and takeout poutines are served the same way, in a brown paper box), there was no denying the taste, or as Brandy put it, "Is it healthy? No.  Is it pretty?  No.  But does it taste good?  How could it not?" 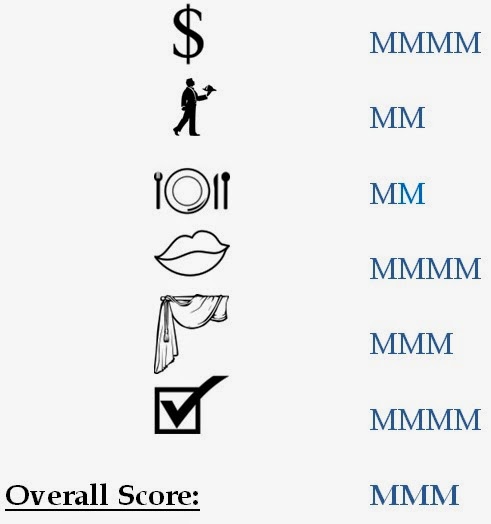