La Boulangerie or Its all French to Me 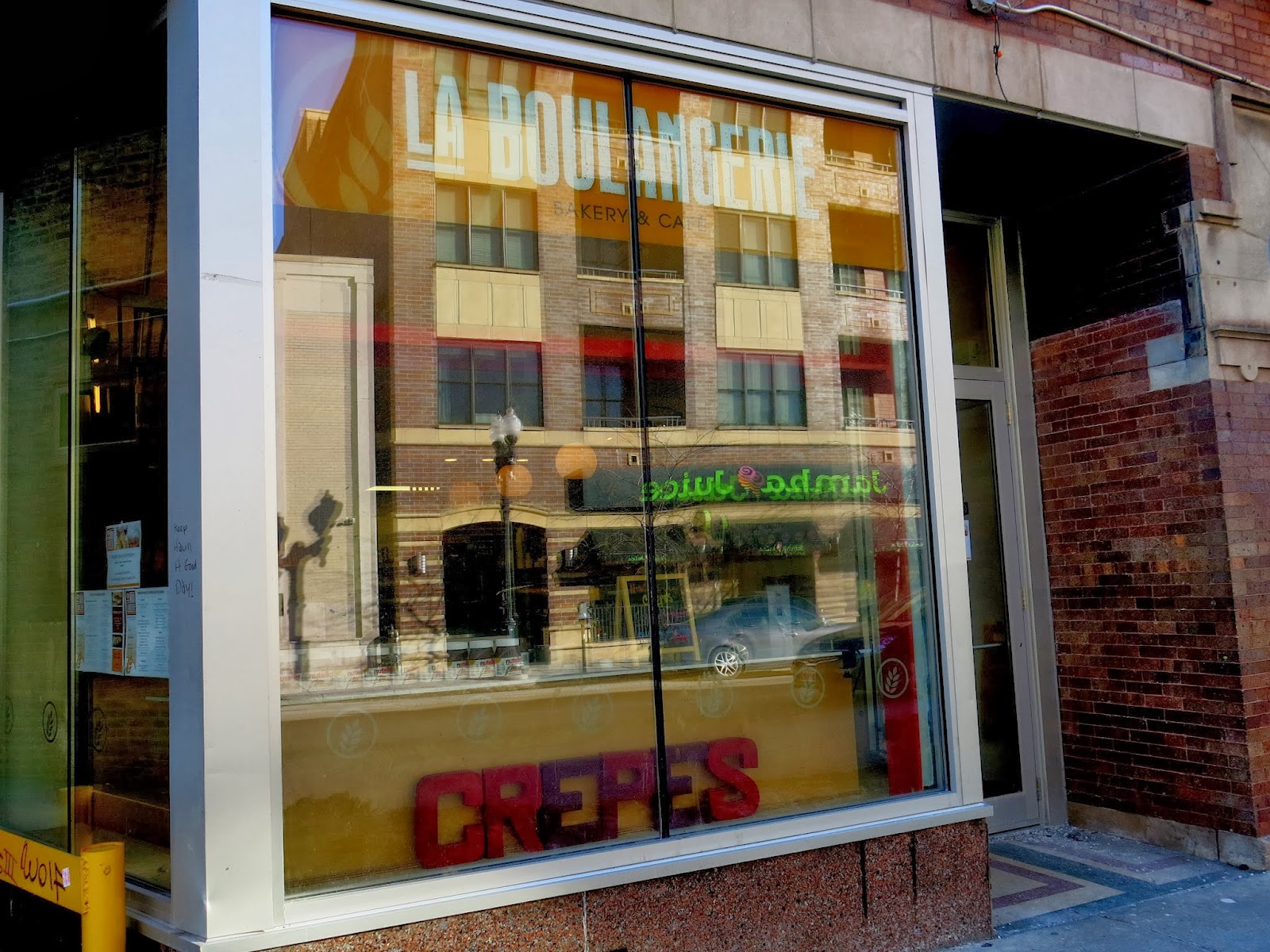 Though certainly well traveled, Brandy never been much of a polyglot.  "At times I can barely handle English, so I've no business trying to communicate in Latin or German," she says.  Of course a few well learned phrases have kept her out of trouble over the years, but a true understanding of foreign languages has always eluded her.  But what with the various polar vortices this winter keeping us all in doors, Brandy has decided to put some of her spare time towards finally mastering another tongue by brushing up on her French.  "I feel knowing a bit more French would come in handy should I come across a member of the Canadian Olympic curling team so I can tell them where they can bloody well shuffle their stones!" (Brandy is still rather bitter England did not come home with the gold medal in curling). 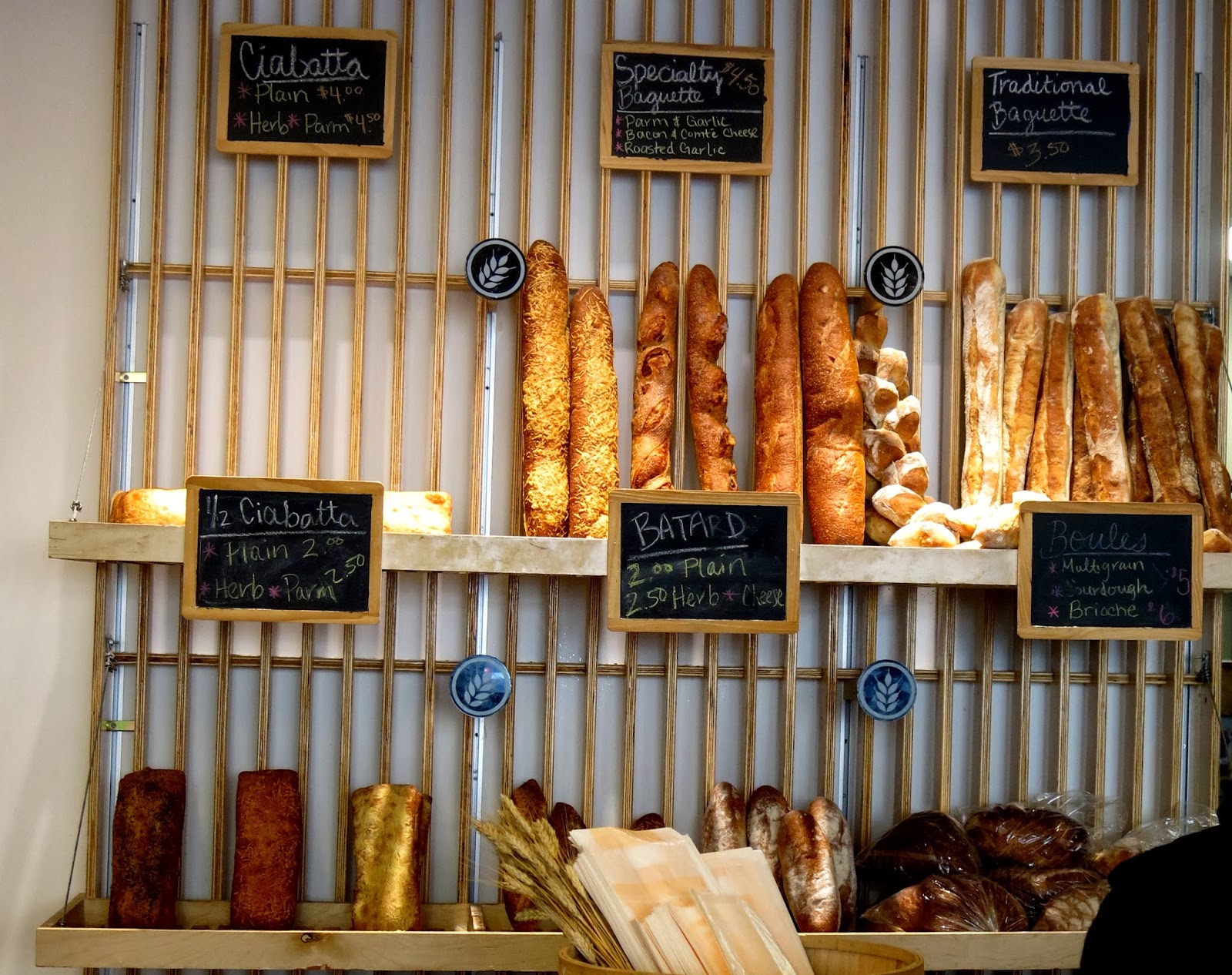 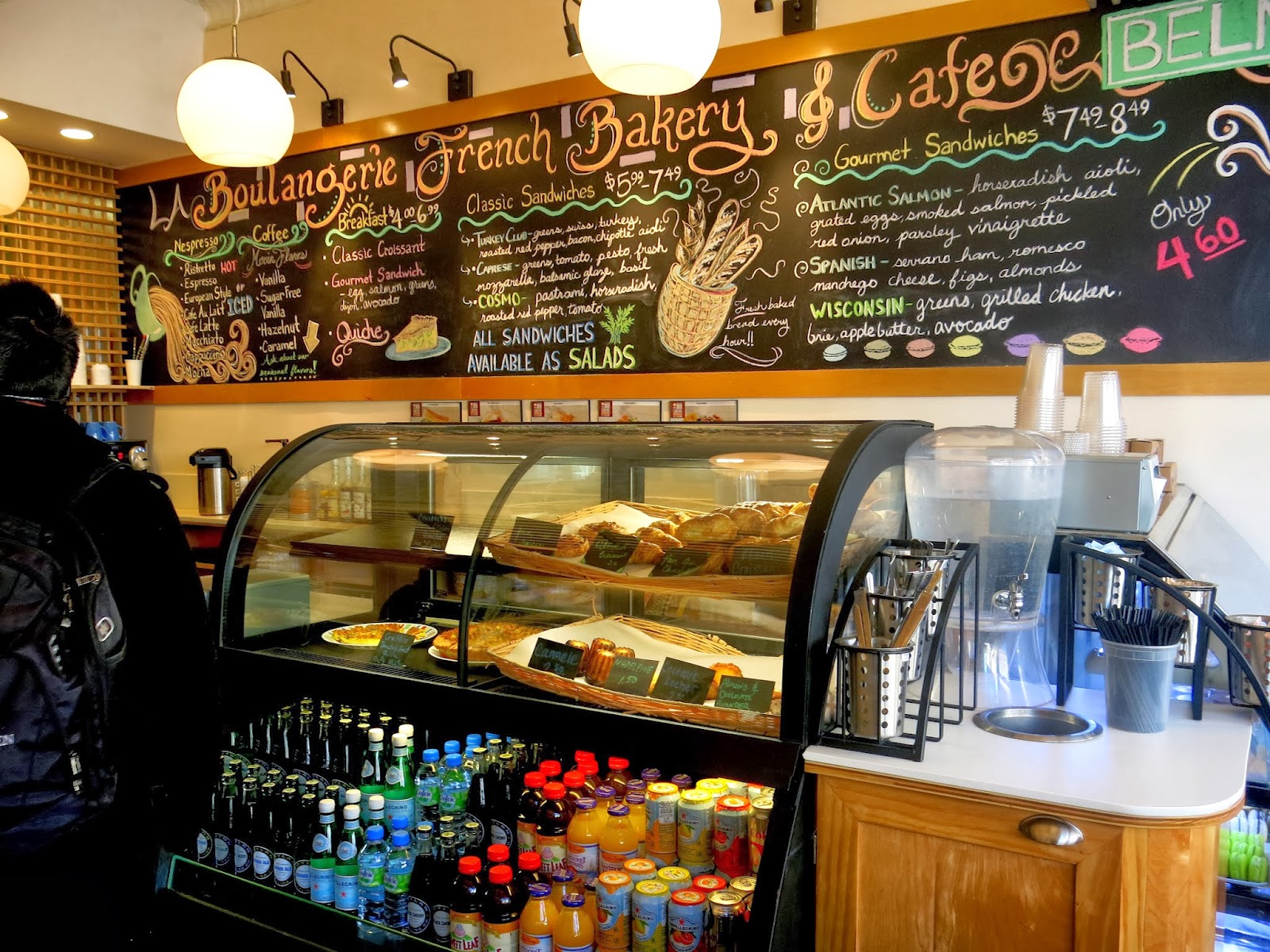 Thinking some authentic French food might put her in the right sort of mindset for learning the language, Brandy headed for the Lakeview location of La Boulangerie, a traditional French bakery, creperie, and cafe.  Located just a few doors down from the Belmont El station, La Boulangerie is a quaint little storefront with a few cafe tables and chairs, a crepe making station, and several cases holding a variety of glisteningly beautiful authentic french pastries, so authentic in fact that the labels for nearly everything were in French.  A cheerful girl behind the counter smiled patiently as Brandy tried desperately to remember how to conjugate.  "Bonjour," Brandy said, "I, uh... je veux...uh...un...singe."  The girl cocked an eyebrow at her quizzically.  "I mean, I  uh... Je voudrais manger...une...chaussure?"  "I'm sorry, mame, I don't speak French, but I can call the chef if you'd like," the girl said.  "Oh thank goodness," Brandy sighed, "Nevermind, my dear.  Now lets see..."  A few minutes later, Brandy was leaving La Boulangerie with a bag full of goodies, and after arriving home and making a quick cup of tea, she dove in head first. 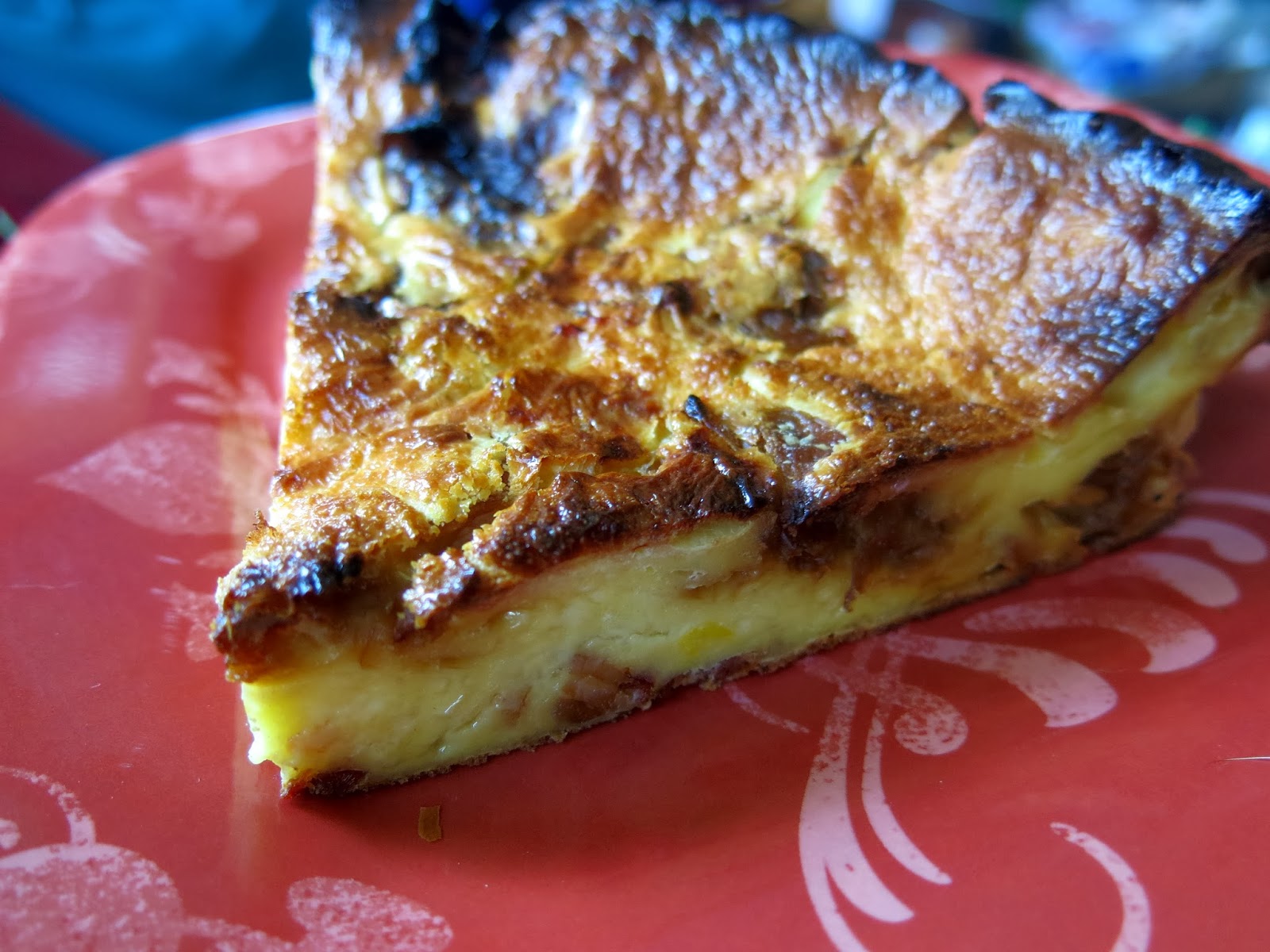 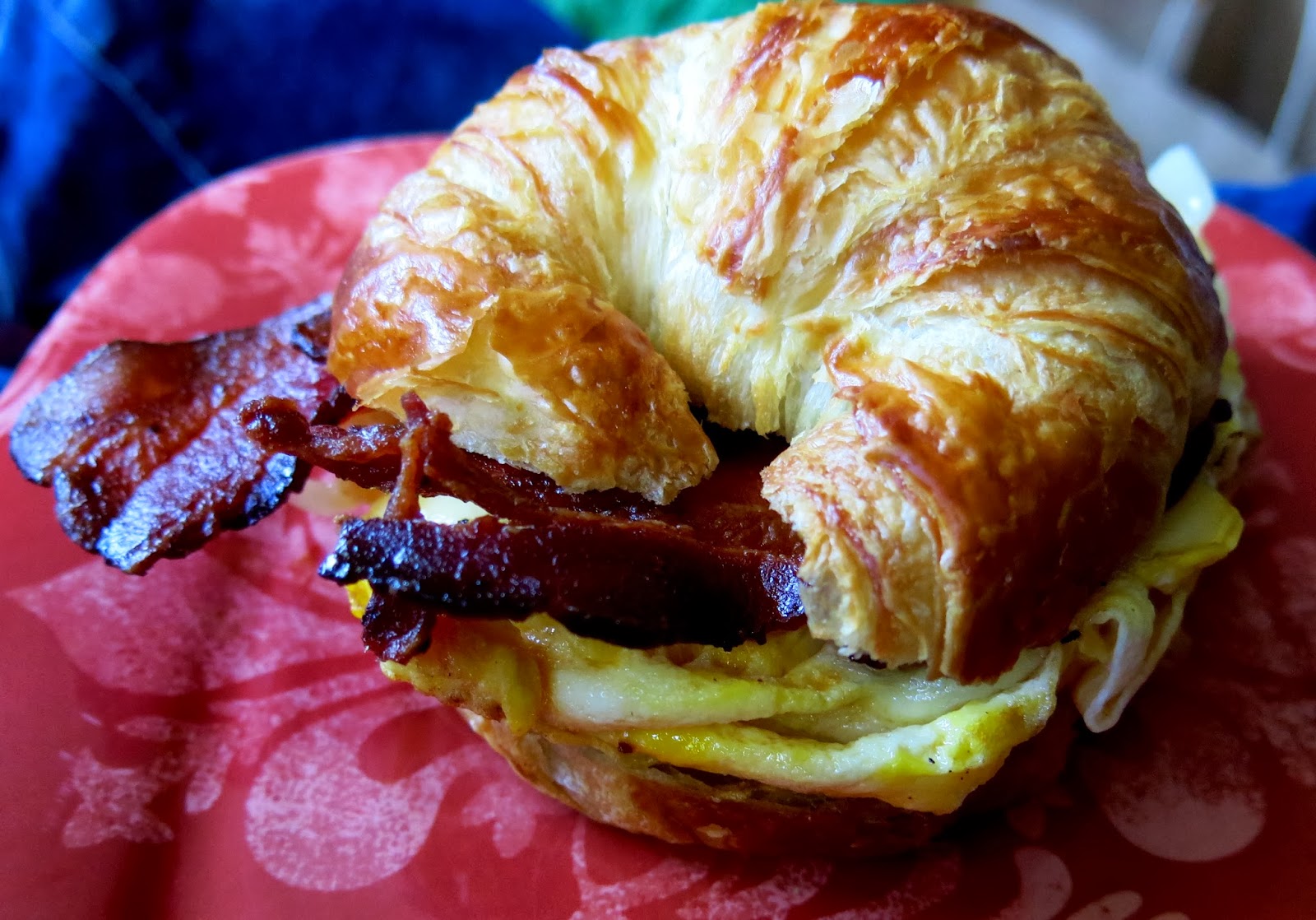 First there was the freshly made Egg, Bacon, and Cheese sandwich, which came on a beautifully flaky and buttery croissant.  Though delicate, the croissant held together remarkably well, standing up to the thick and crispy bacon, hearty egg, and melty Swiss cheese.  Brandy had also ordered a slice of the Bacon and Onion Crustless Quiche, which she quickly warmed up in her oven.  Thinking this creation to be a little more in line with a spanish frittata than a fluffy and creamy quiche, Brandy was delighted to find it to be quite airy.  The chunks of smokey bacon throughout helped to add some texture, but she especially loved the sweet little pockets of caramelized onions.  "It still seems a little more in line with a frittata than a quiche, but I'm not opposed to a little international fusion," Brandy mused. 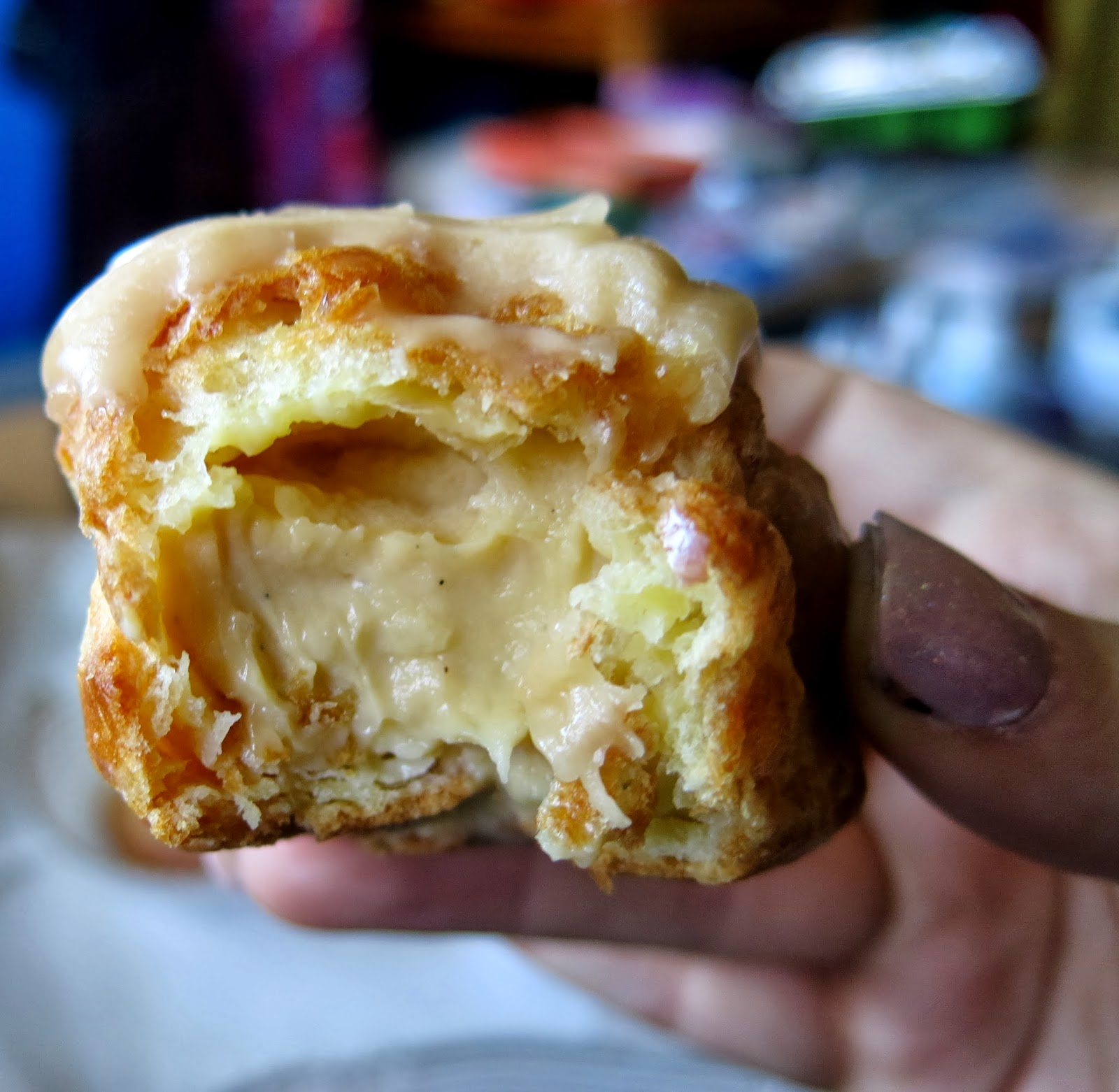 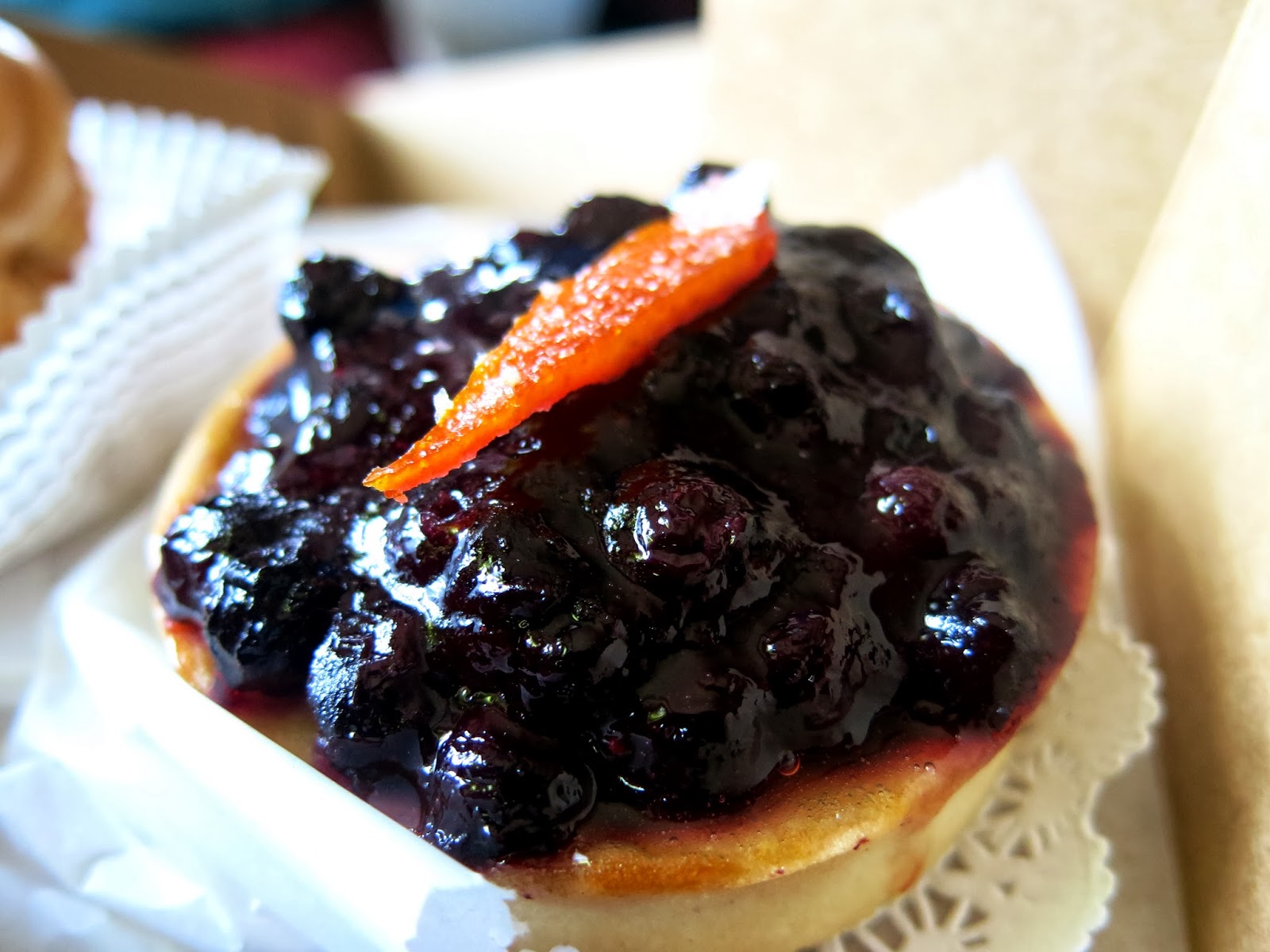 Brandy then moved on to the pastries, of which there were five: a berry tart, a chocolate tart, a chocolate eclair, a cream puff, and the Paris Brest, which was a traditional peaux de choux confection filled with a sweet hazelnut paste.  The Salted Caramel Choux, as the cream puff had been labeled, was a definite standout for its soft hit of delicate sea salt in both the glaze on its top and in its decadent cream filling.  Also a surprise was the Chocolate Tart, which had a rich layer of ganache on top, a second layer of gooey toffee and peanut bits, and a crisp chocolate cookie like shell. 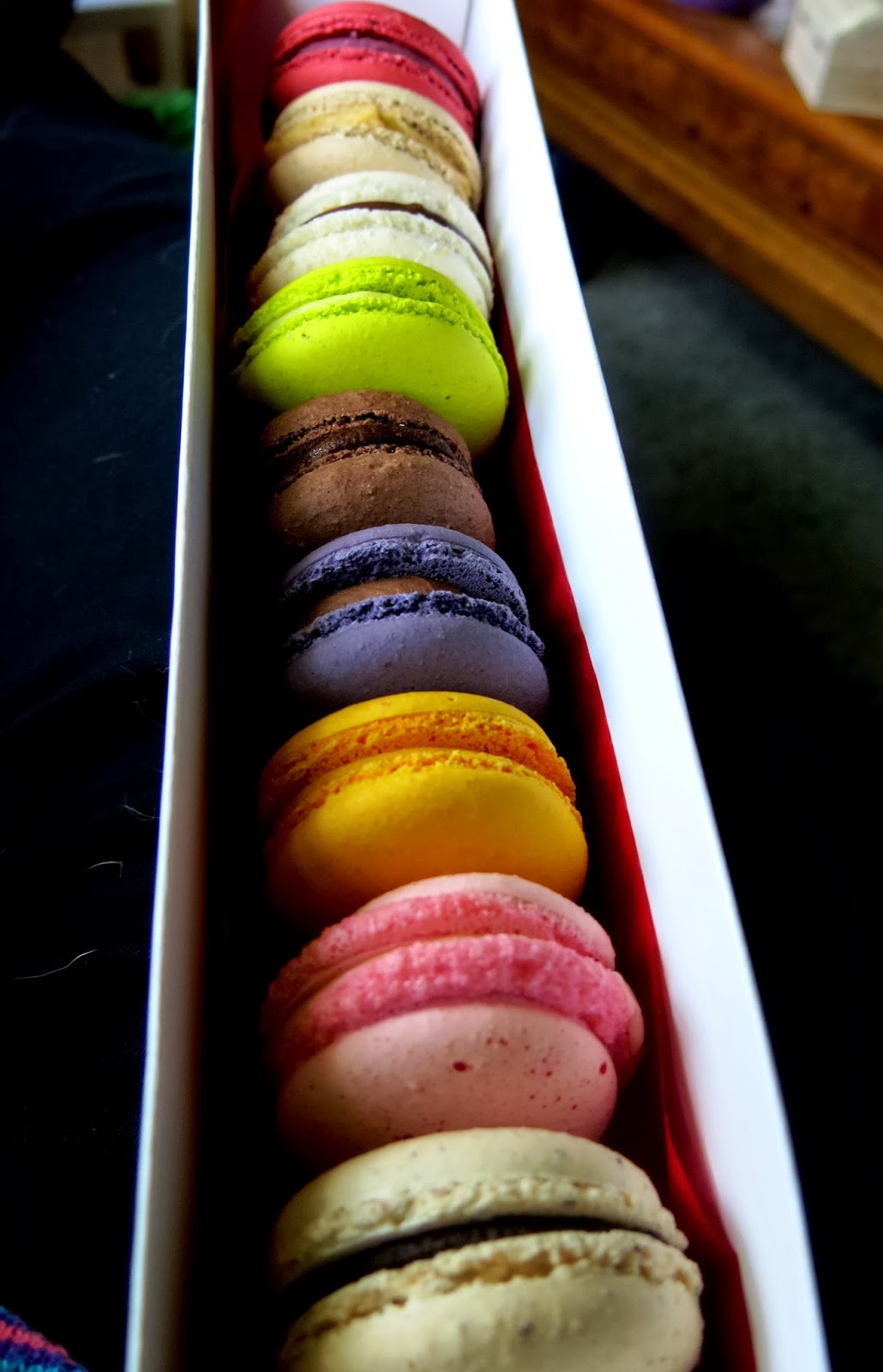 As one final treat, Brandy nibbled on a box of the most beautiful variety of authentic Macarons.  Not able to resist these colorful little gems, as they were displayed on individual plates inside one of the cases in the cafe, she had asked the shop girl for a sample of each flavor.  Her favorites of the bunch included the yellow Mango, which had a slightly more moist interior than its fellows as well as a brilliant tropical taste, the beige colored Salted Caramel, which carried the same delicate sea salt hit and creamy innards as the cream puff had, and the Champagne, which had a very unique almost floral sweetness to it and a beautiful pink speckled shell.

At the bottom of her bag, Brandy noticed a small postcard explaining that La Boulangerie was currently running a Kickstarter campaign in order to re-open a location in Logan Square.  Rewards for contributions included two years worth of free baguettes, crepe parties, and private cooking classes.  "Seems a win win situation," Brandy thought, "I get free baguettes whenever I want them as well as a second option for where to get them?  Oui s'il vous plaît!"

Snacking on all of her authentic French treats, Brandy was able to master at least five different ways to tell a Frenchman that his trousers were an ugly color, which she considered a victory for the day.  "Perhaps I'll go back to La Boulangerie tomorrow for more collations and teach myself how to ask the way to the nearest discotech and then I'll know all the French I need to know." 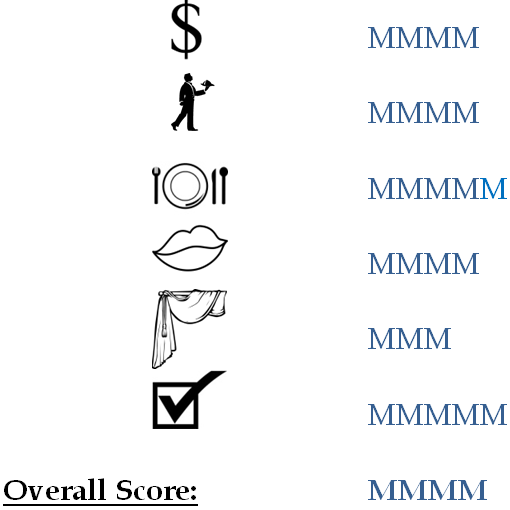