Terzo Piano or The Art in Artichoke 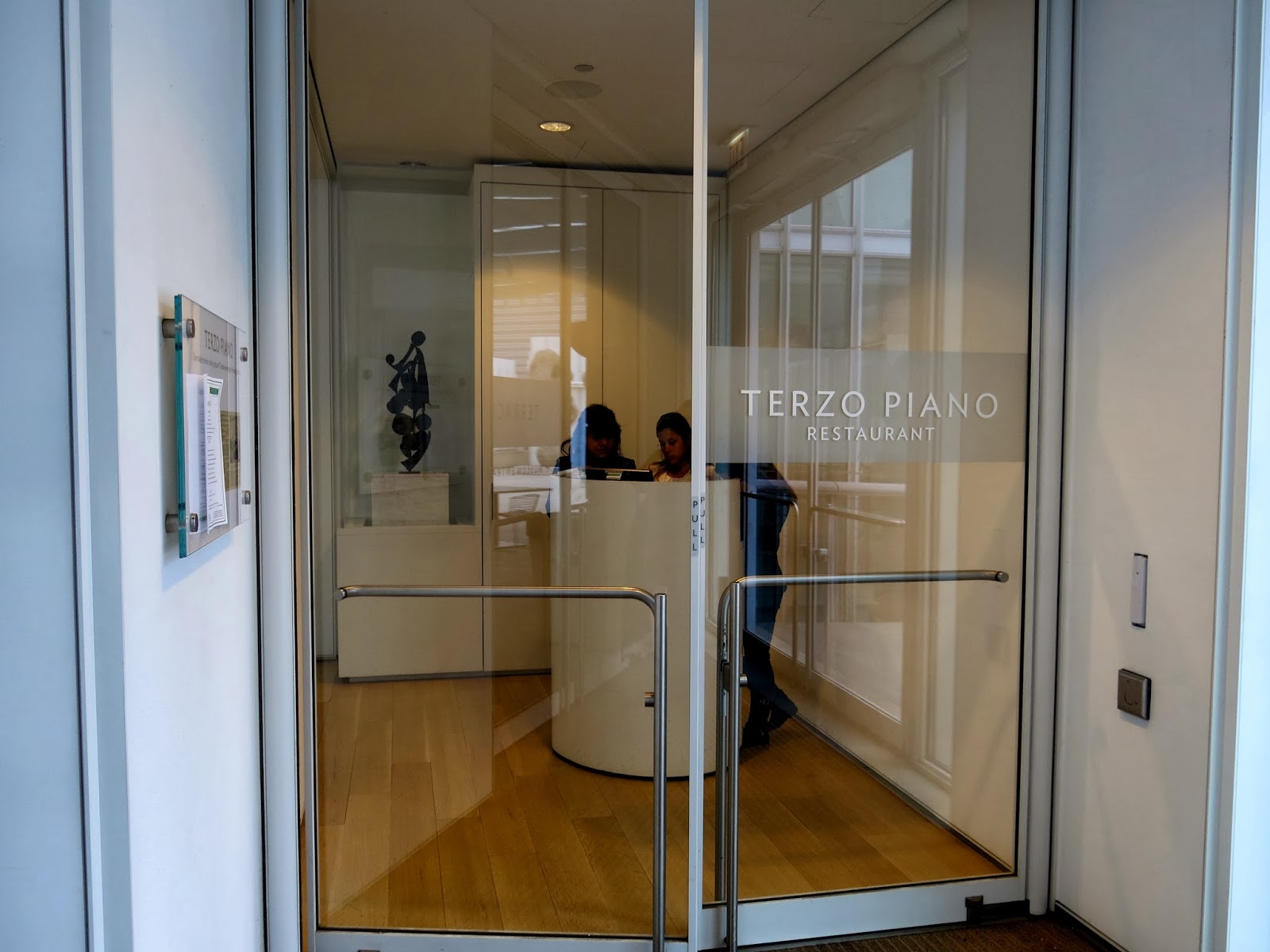 Brandy has always been a great lover of art in all its forms.  "Art is just a term for stimulating the senses and in turn the brain," Brandy says, "Music for hearing, fashion and textiles for touch, perfume for smell, paintings and sculpture for sight, and of course, food for taste."  Though she appreciates art in all its forms, Brandy definitely does have her preferences (she once got kicked out of a museum for yelling profanities at a minimalist painting of a white square on a white canvas).  "Seeing as I have no artistic talent whatsoever, if I can look at a piece and know that I could have created it, I don't consider it art," she says,"And the same goes for food, by the way."

This is perhaps why one of her favorite places in Chicago is the Art Institute, which houses such a massive and beautiful collection of historical and modern pieces of art that one could get lost for days in a Stendhal Syndrome induced haze of ecstasy and wonder.  As Brandy's good friend Mama Bee (owner and operator of the Honey Bee Bakery honey empire) was just about to end her trip to Chicago, Brandy thought she might enjoy a little trip to the Art Institute to see the such iconic works as American Gothic and A Sunday Afternoon on the Island of La Grande Jatte (Not to mention the current food related exhibit Art and Appetite: American Painting, Culture, and Cuisine, which runs until January 27th).  It was only upon buying tickets for the museum that Brandy remembered there was a world class restaurant attached to the Art Institute in the form of Terzo Piano (which had created one of Brandy's favorite dishes during last year's Chicago Gourmet Festival), and they just so happened to have a Sunday brunch service.  "Well, I can't very well pass that up, can I!" she said to herself, and immediately made a reservation. 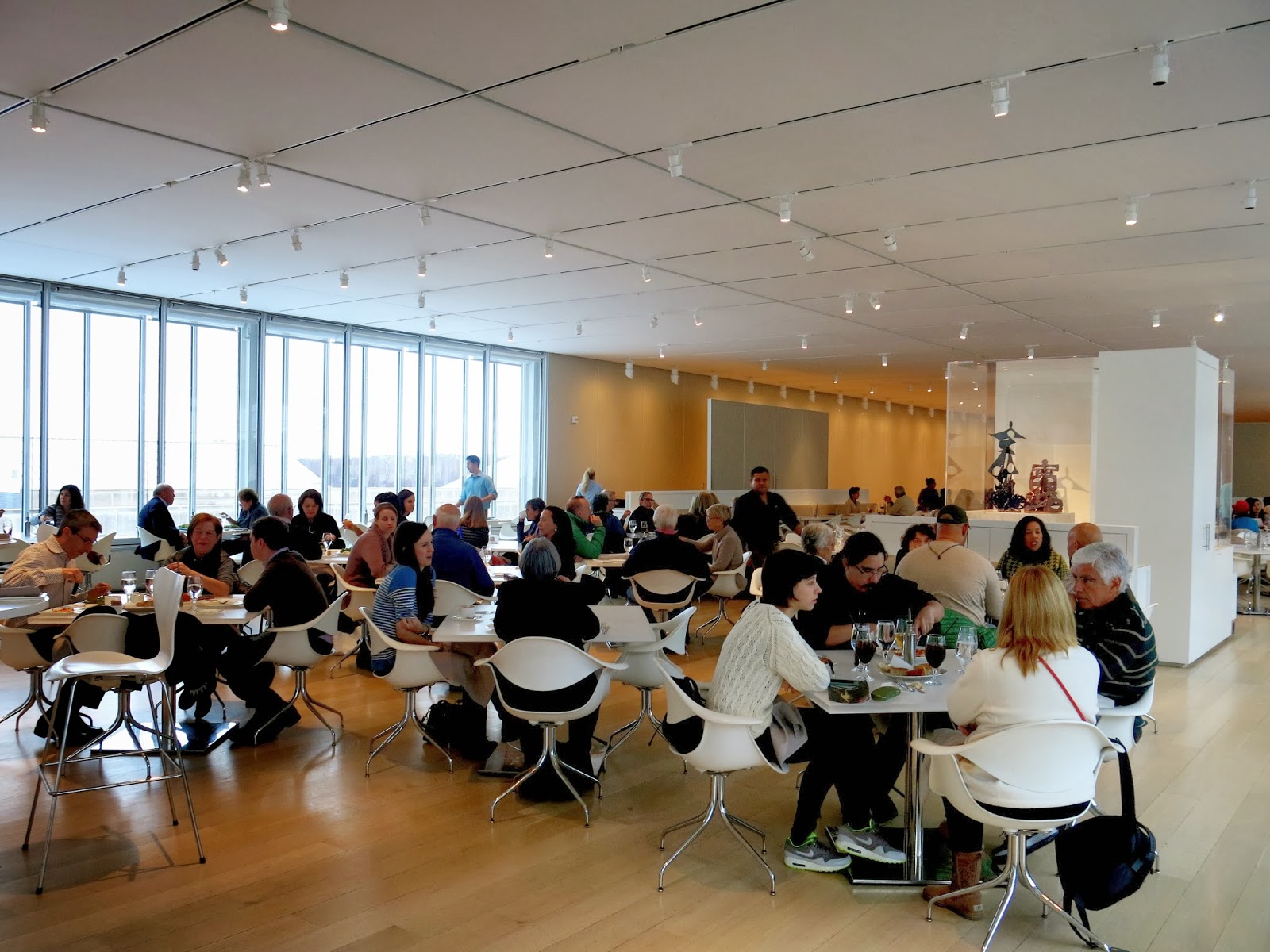 The interior of Terzo Piano was befitting of its home in the Modernist wing: open, clean, warm beachwood floors, white walls, tables, and chairs, and flashes of color from the little installations scattered around the dining room.  Brandy supposed the space was very adaptable for big events and ceremonies like wedding receptions and the like, as it could easily be rearranged and sectioned off as need be.  The views from the huge windows were quite breath taking (if one didn't look down at the desolate train yard below), showcasing everything there is to love about Chicago's architectural wonders. 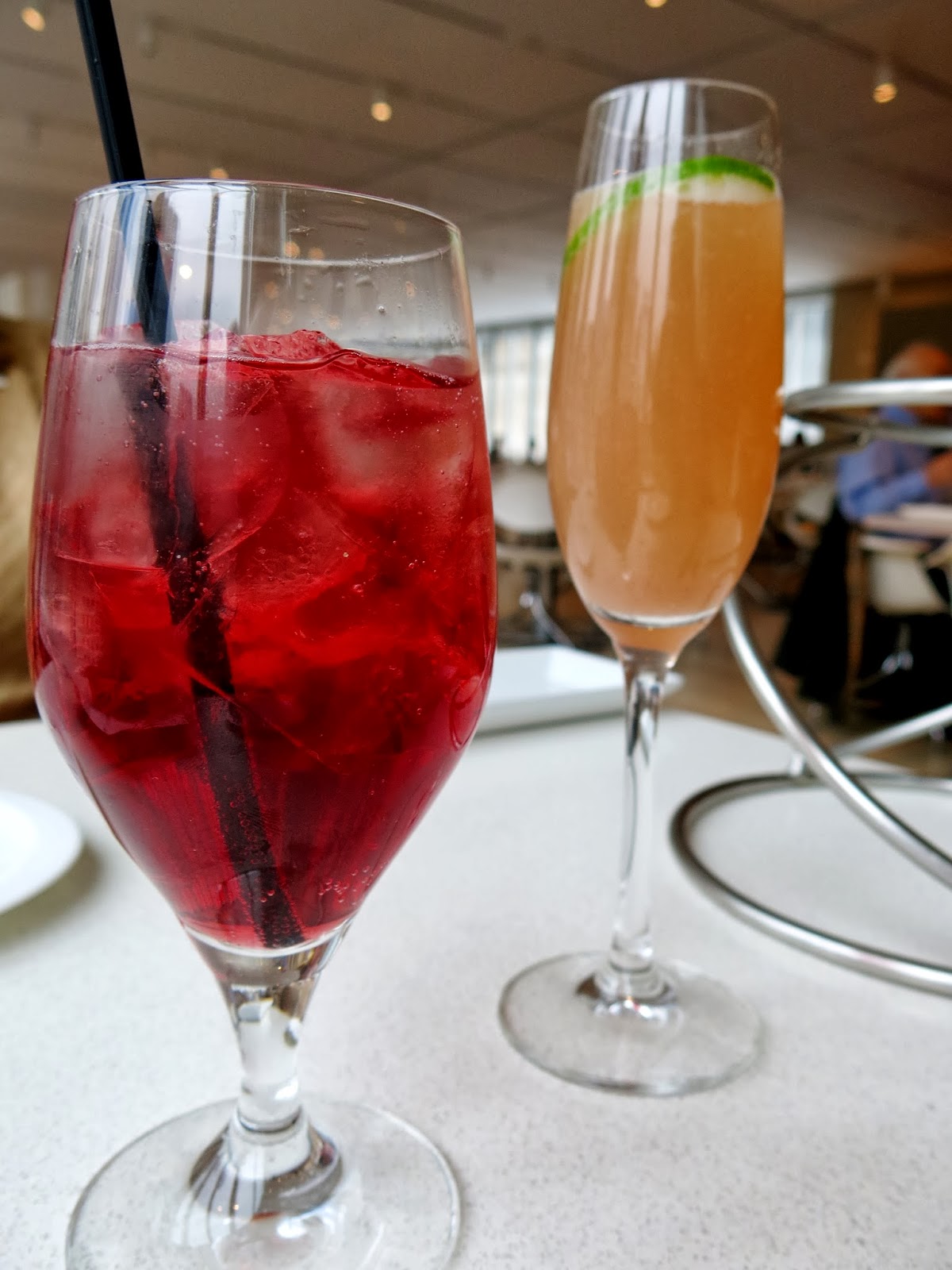 Mama Bee and Brandy started off with a couple of drinks: for Mama Bee, a Peach Bellini and for Brandy, a house made pomegranate and thyme soda.  Mama Bee's bellini was bright and clean with a pure peach flavor that really shone.  "Oh my, how delicious!" Mama Bee exclaimed, "It's like a sip of summertime in the middle of the winter!"  Brandy, who shockingly had chosen a drink without any alcohol in it, absolutely adored the house soda, which was instantly refreshing, not too sweet, and had a subtle herbaceous kick that really helped to make it more of an adult beverage.  "I was worried it might taste too medicinal, but it's actually quite lovely," Brandy said thoughtfully, "Though it could use a splash of rum." 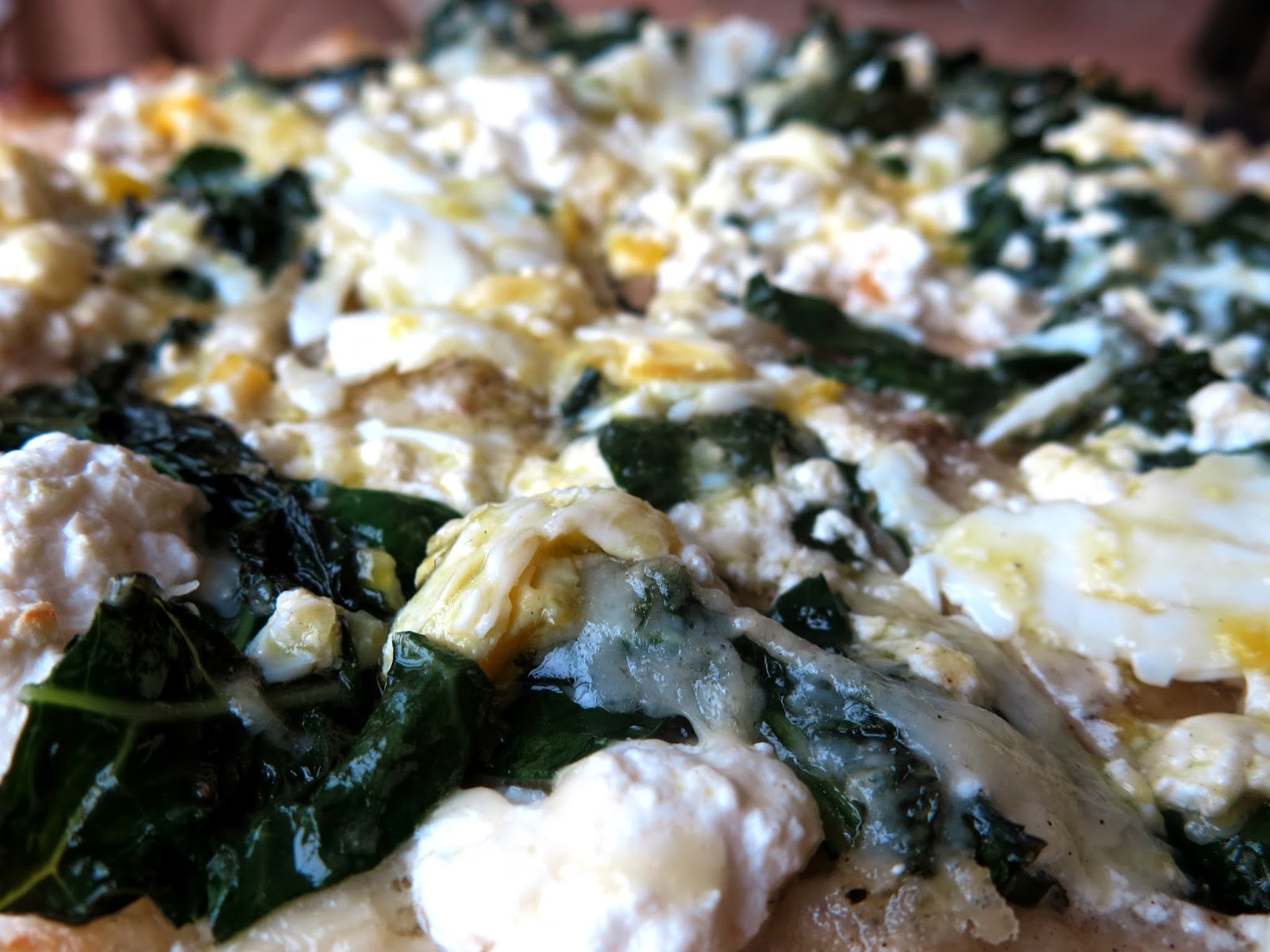 As an appetizer, the pair ordered up the Flatbread with roasted garlic, parmesan, ricotta, wilted greens, and a fried egg.  Both ladies loved the presentation of the flatbread, which got carved table side for their enjoyment.  The bread itself had a wonderful wood fired char to it, which melded nicely with the salty cheese and sharp greens.  The over all effect was garlicky, buttery, and delicious. 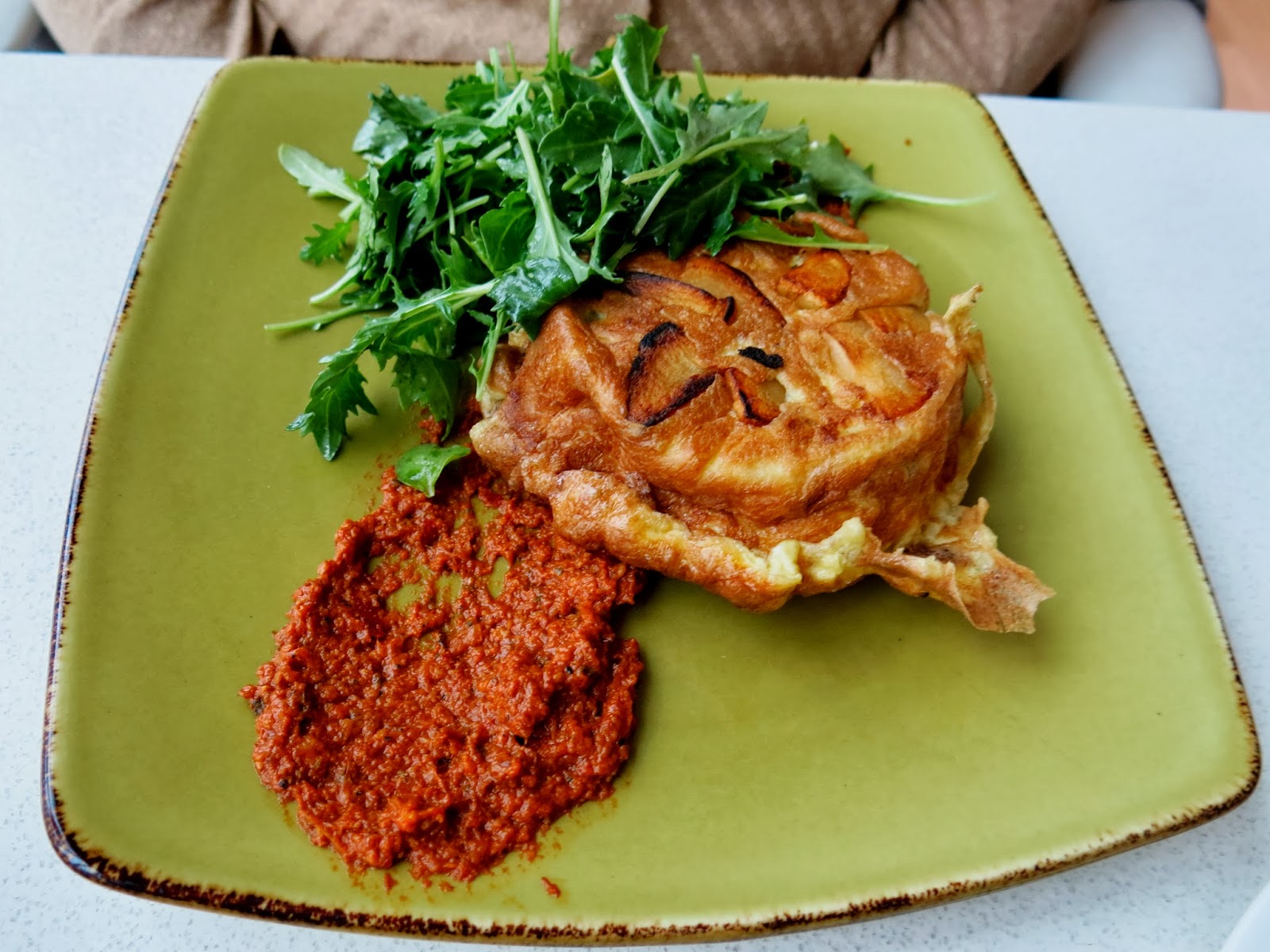 Mama Bee chose the Tortilla Española for her entree, which consisted of onions, potatoes, eggs, and romesco sauce, and came served with a small salad on the side.  Mama Bee felt the dish was a bit on the bland side and could have benefited greatly from a healthy hit of salt or some sort of seasoning other than the sauce.  The eggs were the best part with their fluffy, unique texture that came from being baked in an oven.  The potatoes had a good texture as well, but the onions were non existent (except for one small pocket of them in the center) and the tortilla seemed lip and useless.  "I would have hoped for a more creative presentation as well," she lamented, "I know the food is supposed to be rustic Italian fair, but the restaurant is in the Modernist wing of an art museum after all!  A little bit pf pizzaz would have been nice." 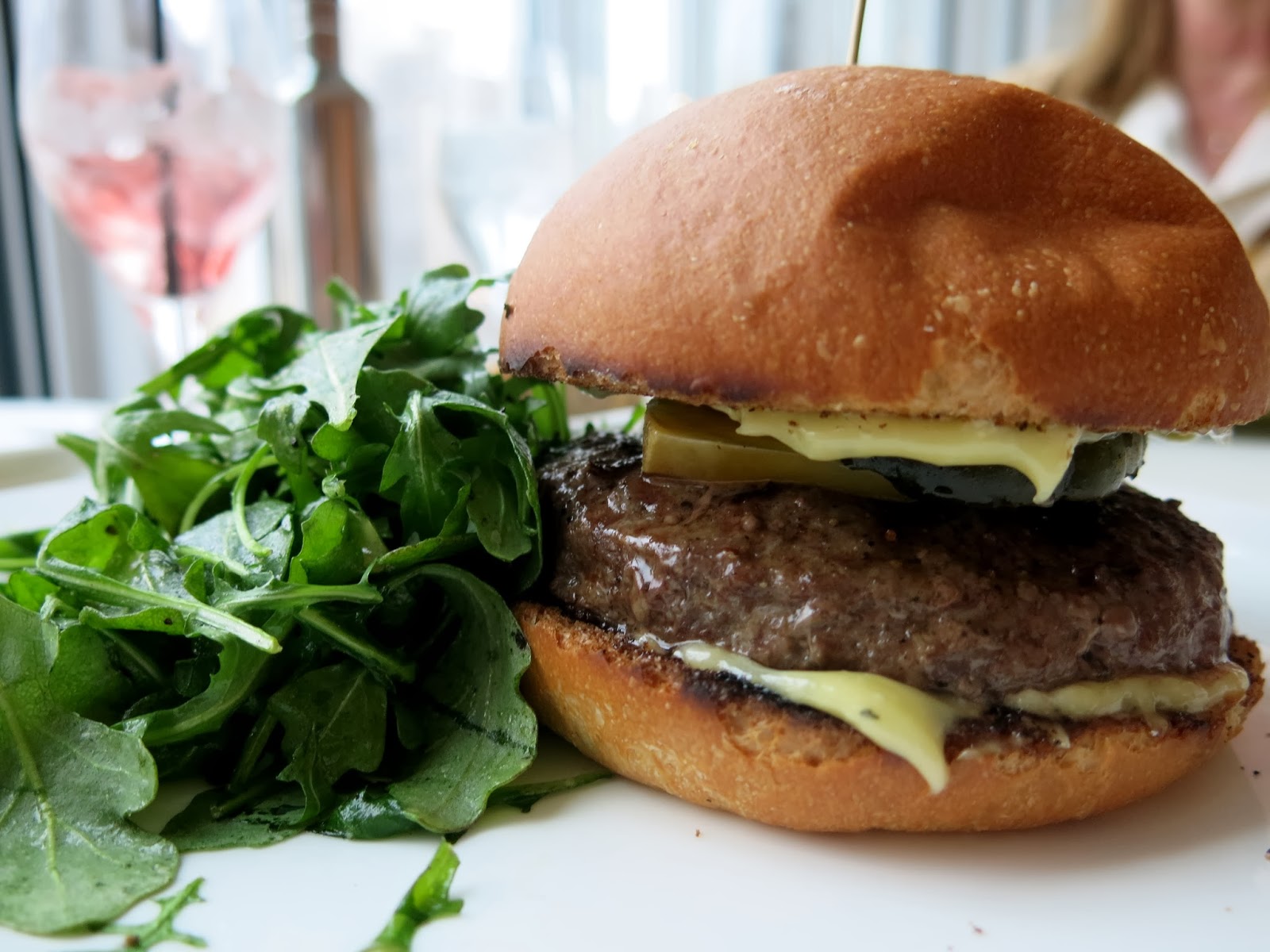 Brandy's entree of choice was the House Burger, which came topped with pickled zucchini slices, taleggio cheese, and a creamy herbed aioli.  Brandy had to agree with Mama Bee in regards to the presentation of the dishes, which was rather pedestrian considering the location and higher then average price point.  "I'm not expecting a plate by Picasso or Pollock, but a little arranging of the food might have been nice.  Like how the flatbread had a little panache to it."  The burger itself was juicy and flavorful, with a perfectly soft bun to hold it in place.  The creamy yet pungent cheese and sauce added to the burger's decadence, but the star was the pickled zucchini slices, which brought a unique touch of tangy sweetness. 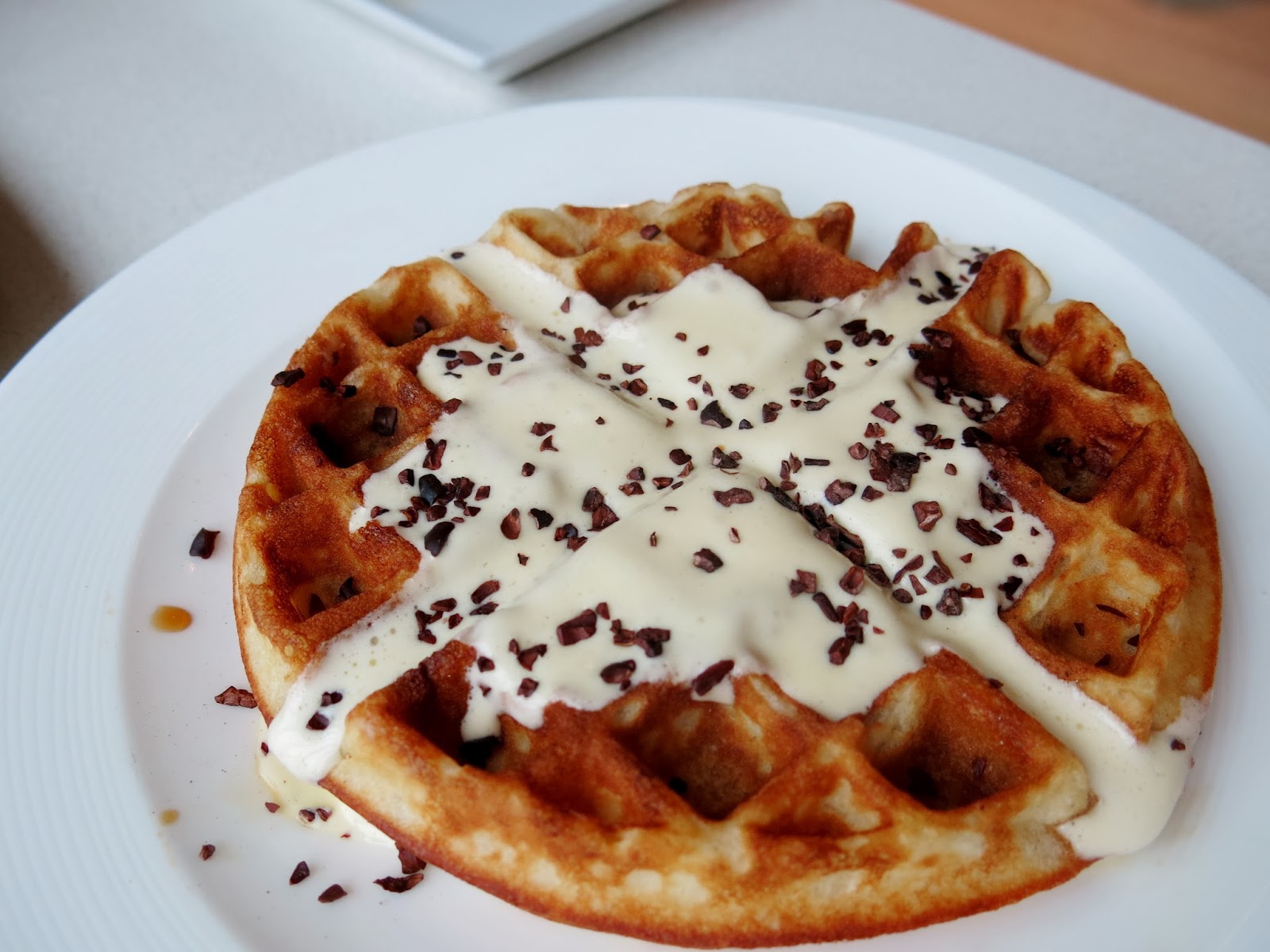 Finishing off their meal, Mama Bee and Brandy decided to split the Tiramisu Waffle, which again lacked a little in the presentation department, but made up for it bit time in taste.  The waffle itself had a subtle nutty flavor, but the rich coffee scented mascarpone cream that topped it was truly magnificent, or as Brandy put it, "Its like the melty last bits of a truly wondrous gelato sundae."  The waffle did go a soggy quite quickly, but a good hit of texture was added by some crunchy cocoa nibs that had been sprinkled on top.

The prices were a tad steep, the service was quick and friendly, and though their expectations were crushed a little when it came to the look of Terzo Piano's food, the strong, bold flavors made Mama Bee and Brandy's brunch a very stimulating experience.  "And now to stimulate our other senses and walk off all that food in the museum!" Brandy said, pointing the way and waddling across the expansive floor. 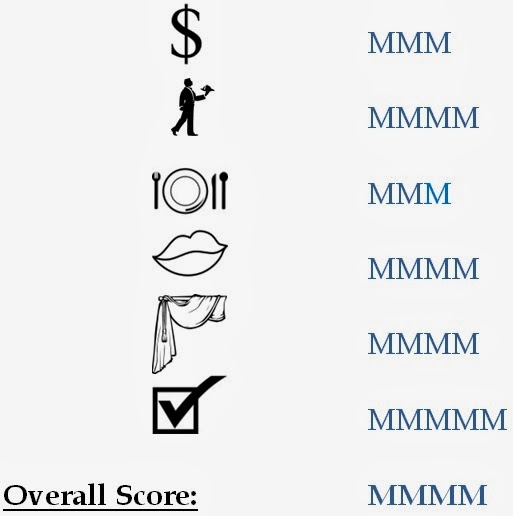